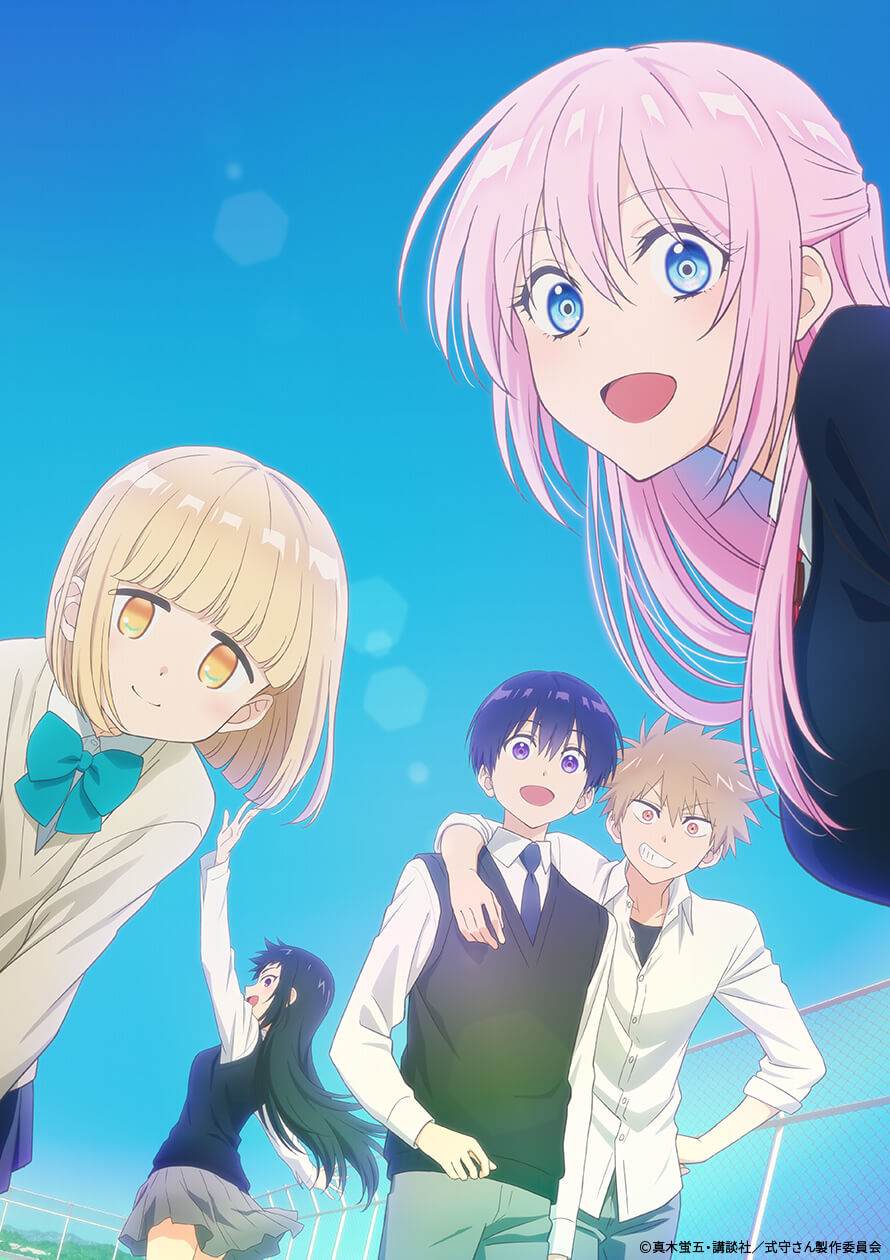 Imagine being born with the worst luck imaginable. You always miss the bus by mere seconds, cars splash puddles on your new clothes, and you inadvertently get involved in a ball game when said ball bonks you right in the noggin! That’s the deal with Izumi (Shuichiro Umeda), who’s had a nonstop string of bad luck since birth. Luckily, he’s got a girlfriend in Shikimori (Saori Onishi), whom — as the anime’s title dictates — isn’t just a mere beauty.

Based on the manga by Keigo Maki, Shikimori’s Not Just a Cutie follows Izumi and Shikimori as they grow as both people and a couple. Where Izumi’s doing his best to be more bold, Shikimori attempts to shake off her cool factor in favor of something more “lady-like”. With friends Inuzaka (Nobuhiko Okamoto), Nekozaki (Misato Matsuoka), and Hachimitsu (Rina Hidaka), the two work their way to being as best as couple as they can. What follows is a tale not just of young love, but also of learning to accept the qualities one has as a human being. 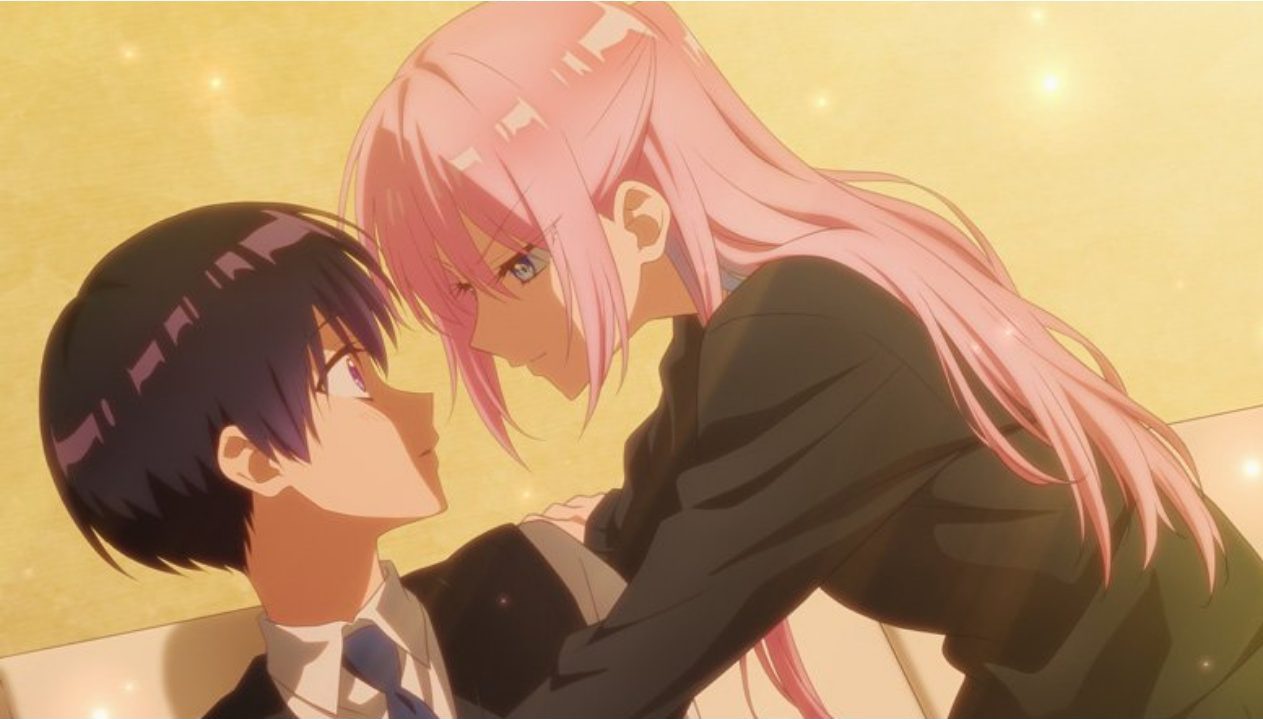 When the show begins, viewers immediately grow accustomed to the aspects of Izumi and Shikimori. Despite his shoddy luck, Izumi is the type of guy who puts on a brave and confident face. Meanwhile, Shikimori is adored by her classmates not just by her beauty, but also her slick attitude. But when the two of them are together, they become a nervous wreck that wants to do all that they can to make the other person happy. However, when Izumi’s bad luck shifts into gear, Shikimori shakes that coyness off and kicks that unluckiness to the curb (sometimes literally!).

But as Shikimori’s Not Just a Cutie shows, these two are still high schoolers that are dealing with many kinds of emotions. It’s funny seeing Shikimori become jealous of the way Inuzuka hangs around Izumi like a big brother. Meanwhile, Izumi becomes flustered just thinking of his girlfriend, in ways that bring out a childlike adorableness to his outer shell. What makes it entertaining is the way everyone’s aware of how silly these two are, with Hachimitsu’s blunt observations being one of the anime’s big highlights. 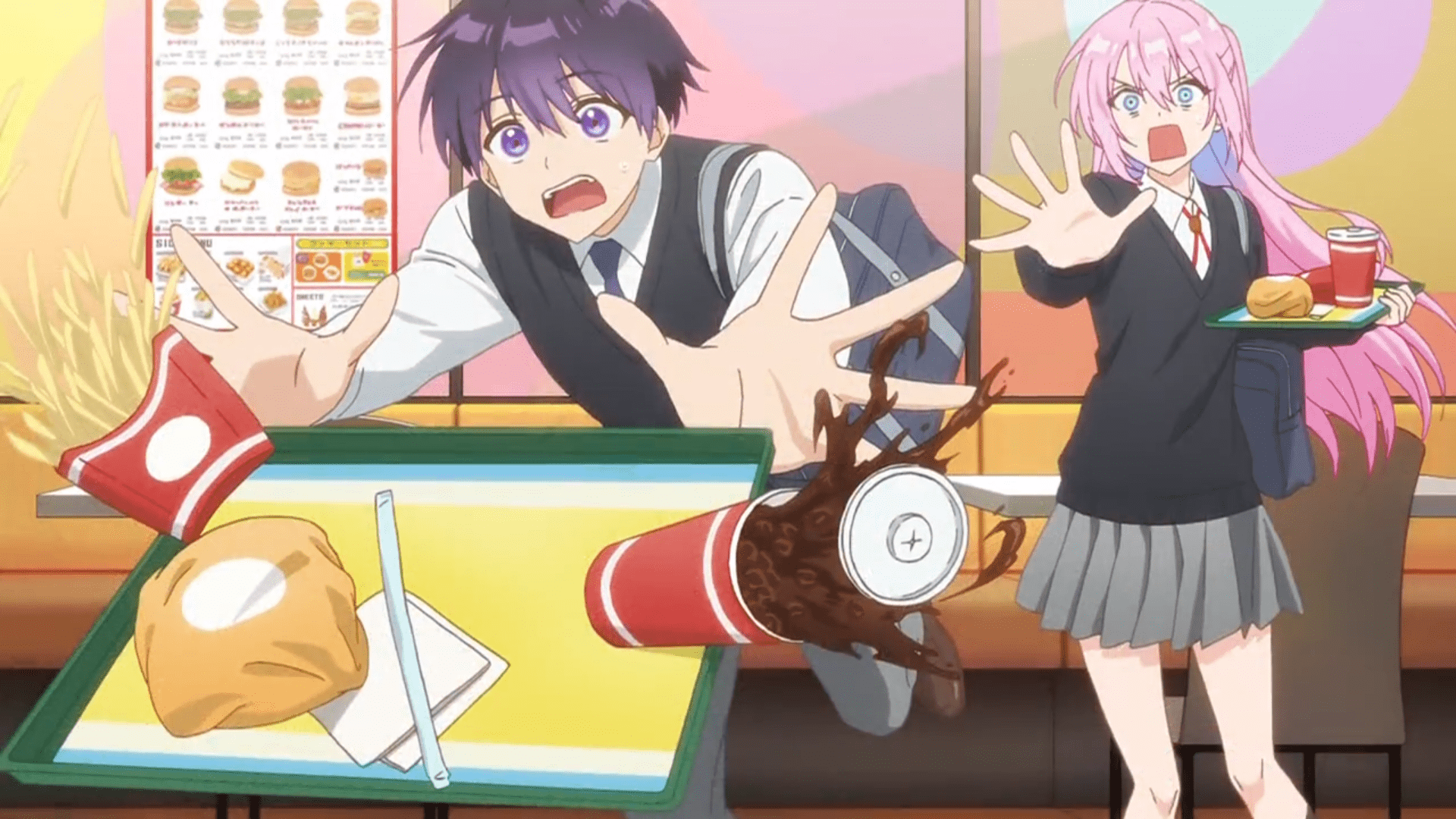 However, there is an issue with the way the narrative is handled, and by that I mean that there’s little-to-no narrative to begin with! What’s usually the focus of an anime rom-com has already come and gone, as Izumi and Shikimori are dating right at the show’s get-go. Although we do get a flashback to how they met and started dating later on in the show, it doesn’t do much to show how these two have changed since that time. Quite the contrary, the flashback shows that they haven’t changed at all!

Despite the characters’ unique quirks, Shikimori and Izumi wind up being the least-interesting characters of the show. Inuzuka (who looks and acts like My Hero Academia’s Bakugo, also voiced by Okamoto) is a very funny friend, bringing forth a great bromance between him and Izumi. Hachimitsu, whose dead-eyed looks match with her monotone voice, winds up being the most relatable character in the show due to her Everyman-like observations. Her episode involving the sports festival also demonstrates how even when Hachimitsu wants to give up, she has enough of a push from her friends that keeps her moving forward. 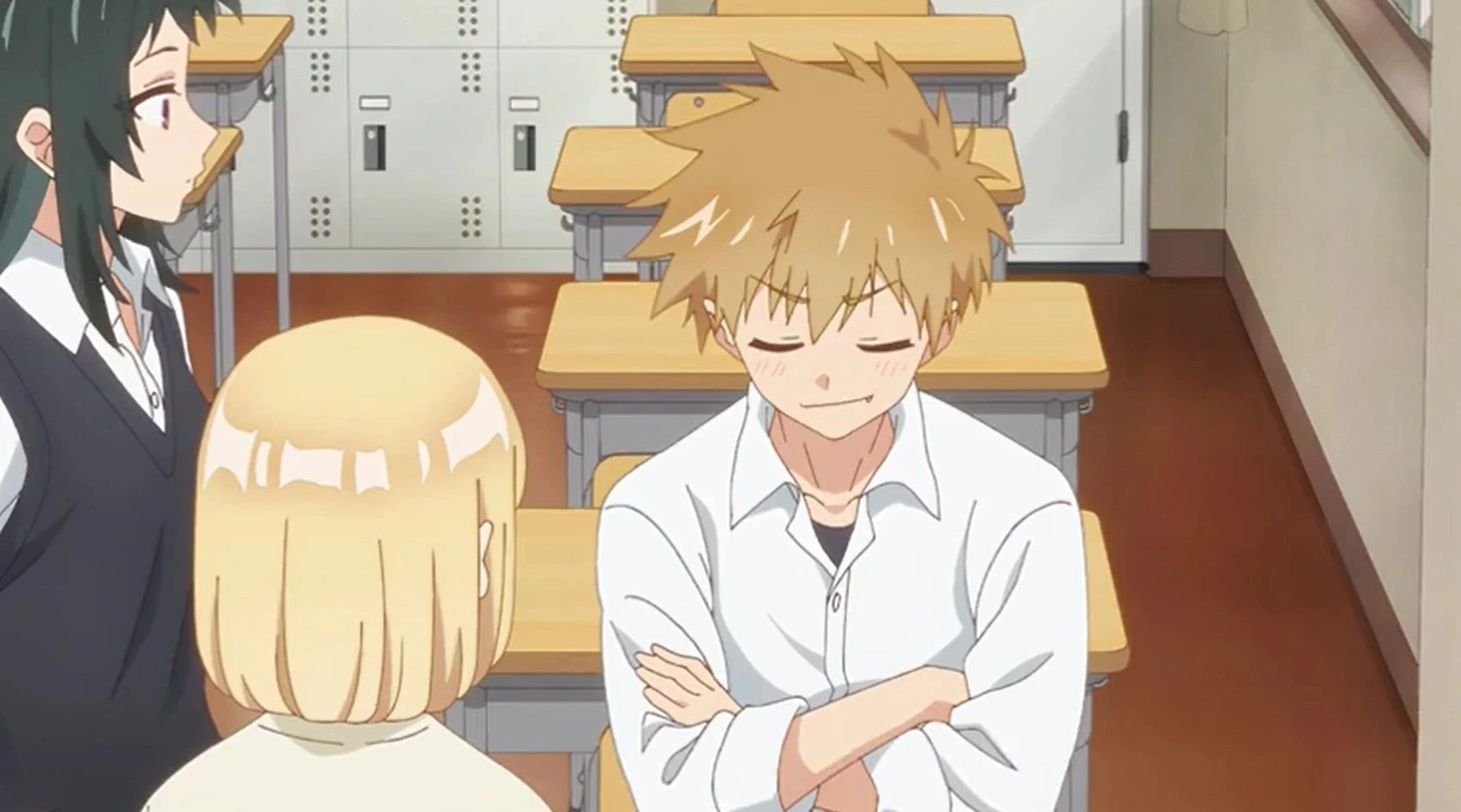 Then there’s Kamiya (Ayaka Fukuhara), another woman who has a crush on Izumi. Viewers will legit feel bad for her because it’s obvious she’s in love with the bad luck magnet. However, her means of handling it with Shikimori not only is noble, but it demonstrates Kamiya’s strength to move on and keep being friends with Izumi. It’s also endearing that Shikimori accepts Kamiya’s feelings for Izumi, even going so far as to tell her to not lie to herself. Their moment on the roof is not just sweet, but it also feels like one of the most real moments when it comes to losing at love.

As for Izumi and Shikimori, it’s not until the very end where they actually earn their place as the show’s protagonists. Their theme park date demonstrates these two characters’ greatest strengths, and even goes so far as to show how they’ve evolved. It’s a finale that pushes everything we wanted from these two characters throughout the show, all presented in 22 minutes of pure sweetness. However, it’s a shame we couldn’t get a sprinkling of these changes in the first eleven episodes, as it would’ve helped make these characters interesting.

With that being said, one cannot ignore how gorgeous Shikimori’s Not Just a Cutie is. Doga Kobo (Sleepy Princess in the Demon Castle) goes above and beyond to show how beautiful these characters are. Director Ryota Itoh not only hits the pretty points of the world and people, but also the sillier elements, in a similar way to how they helmed My Senpai is Annoying. With that being said, the dead-eyed look of Hachimitsu might throw a lot of people off the first few episodes, as her “Just kill me now” stare can be a little concerning.

Despite his strength with musical limitations, composer Hiroaki Tsutsumi (Teasing Master Takagi-san) doesn’t quite hit the right notes with the show’s score. The music is okay, but it doesn’t do much to add to the scenes that they’re used in. Opening theme “Honey Jet Coaster” by Nasuo☆ is an alright song, but it sounds like many other pop tracks within the J-POP and idol scene. Meanwhile, ending theme “Route Blue” by Yuki Nakashima is a solid throwback to the 80s, brimming with beautiful personality and hip-shaking positivity.

Shikimori’s Not Just a Cutie has its narrative issues, on top of having two protagonists that aren’t as interesting as the friends that surround them. While it has its moments in the sun, the latest from Doga Kobo may find itself being forgotten by the masses in a few weeks time. Blame it on the Spring 2022 seasonal lineup, as Shikimori’s Not Just a Cutie is unlucky to have its averageness overtaken by the likes of a sentai hero & villain, a pair of adorable idiots, and two returning Aoi Koga-starring anime champions.