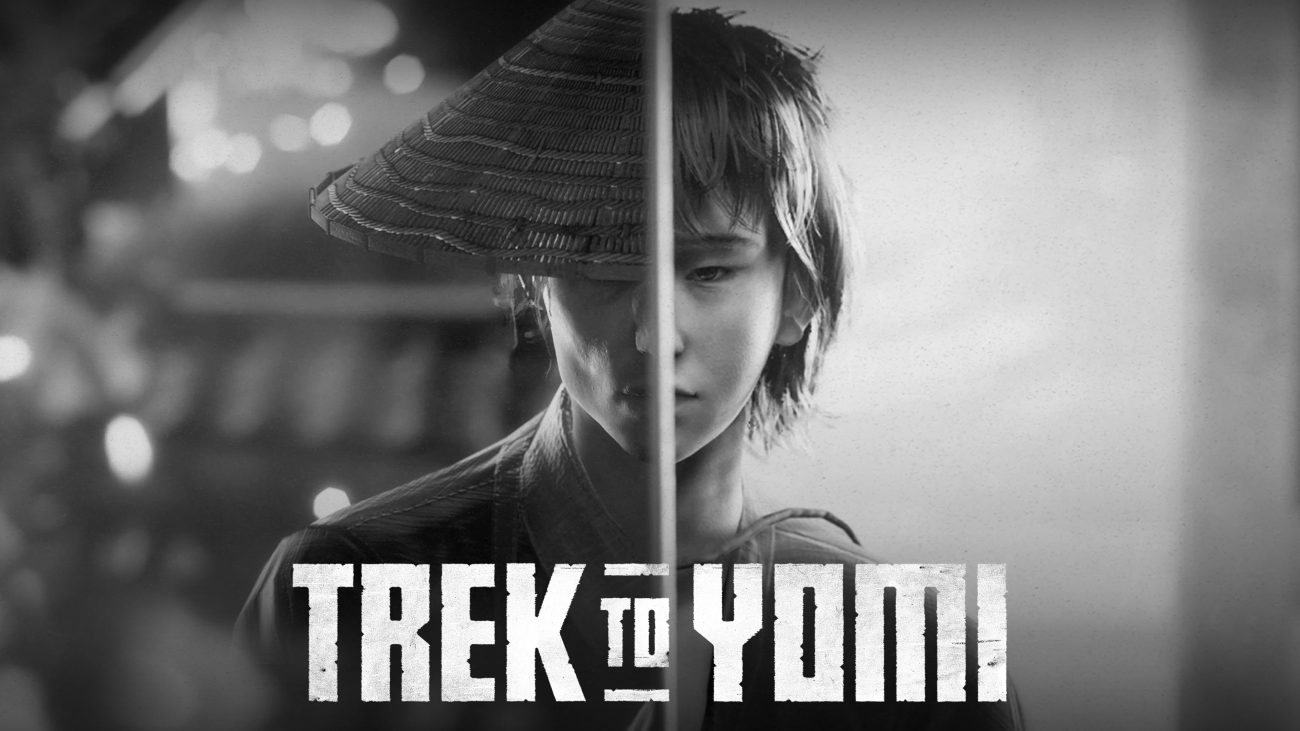 A warrior’s life begins at a young age. It starts with training by a Master, as they hone their skills both offensively and defensively. But one day, the trainee will need that Master no more, be it due to learning everything or because the Master is no longer of this world. The latter is what happens with Hiroki, our protagonist in Flying Wild Hog’s Trek to Yomi, whose Master dies trying to protect his town.

Years later, a new threat rises, with Hiroki now a strong Samurai. During a mission to take down foes, Hiroki finds that he has been tricked, with his village now under attack without any protection. Returning to the carnage, the Samurai finds his beloved Aiko slain by Kagerou, a man he thought was dead. After their fight, Hiroki awakens to a place riddled with somber people and creatures of the unknown.

What follows is a tale of with three different paths: love, duty, or hatred. Hiroki can fight to be with Aiko, to protect his village, or to spread his own brand of wickedness should he decide. Whichever path he takes, they’ll be filled with vengeful spirits, puzzles, and the occasional trap to keep him from reaching his goal. Meanwhile, Hiroki treads through the land of the dead wondering where he might’ve gone wrong in life.

Trek to Yomi has a lot in common with the works of Akira Kurosawa. Unlike the heroes of Western cinema back in the day, Kurosawa made sure his characters were very much human, as they dealt with flaws and hindrances that would keep them from reaching their goals. Hiroki shares plenty in common with one of Kurosawa’s main actors Toshiro Mifune, who made sure to seed his roles with — as he once said — emotions, desires, and needs. Those three core elements are what pushes Hiroki towards his goal, whichever players choose for him.

It’s these elements that give Trek to Yomi its strength. Rather than be a tale solely of revenge, Flying Wild Hog instead roams a path filled with personal reflection. As Hiroki walks through the world of dead, he constantly wonders if he’s done all that he could to protect those who were dear to him. When the spirits of those close to him come to confront him, Hiroki begins to question himself more both as a Samurai and as a human being.

But to keep marching forward, Hiroki must keep on fighting. Samurais, bandits, and even strange apparitions must be put down again if the protagonist should want to return to the living world to defeat Kagerou. As you fight, Hiroki will learn new maneuvers and skills, ranging from combos to stronger attacks. Players will also find more power-ups, health enhancers, and even secret treasures that tell of some of Japan’s history during the game’s time period.

Where Trek to Yomi shines is in its presentation. Every moment feels like a scene from a classic Japanese film. Presented in black-and-white, the game showcases the story and action elements with great detail and beauty. From the fights and fiery buildings to the areas that rebuild and crumble in front of your eyes, every part of Flying Wild Hog’s game is gorgeous to behold.

Alas, it’s the gameplay where Trek to Yomi falters. It starts off on a strong foot, with the battles between Hiroki and the bandits delivering plenty of excitement. But then, you quickly see that every fight you draw your sword to is far too similar. While learning new moves helps with keeping things interesting, it doesn’t help that every enemy you face as an all-too predictable pattern that you can read a mile away.

The same can be said when it comes to puzzles. Figuring out how to access closed areas is too much of a cinch, as it takes seconds to make out the patterns on the rock formations. However, the game does shine when you’re allowed to use your environment to defeat enemies, such as breaking a dam or cutting an overhead object and watching it plummet on top of an enemy none the wiser.

Beating Trek to Yomi will take players roughly five hours. Despite its short time, there’s plenty of reason to come back to it, especially with its alternate endings. How you decide Hiroki should carve his path is up to you, and how you carve his destiny will be placed on some important questions asked throughout the game’s run time.

Flying Wild Hog delivers a beautifully cinematic experience with Trek to Yomi. However, its gameplay lacks enough variety to be deemed a classic. With that being said, Hiroki’s story is worth playing through even just once, solely thanks to Trek to Yomi’s great narrative and beautiful worlds.

Promotional consideration provided by Thomas Schulenberg of Tinsley PR. Reviewed on the PC via Steam.