HomeAnimeANIME REVIEW | An Intense Game of Golf in "Birdie Wing"

ANIME REVIEW | An Intense Game of Golf in "Birdie Wing" 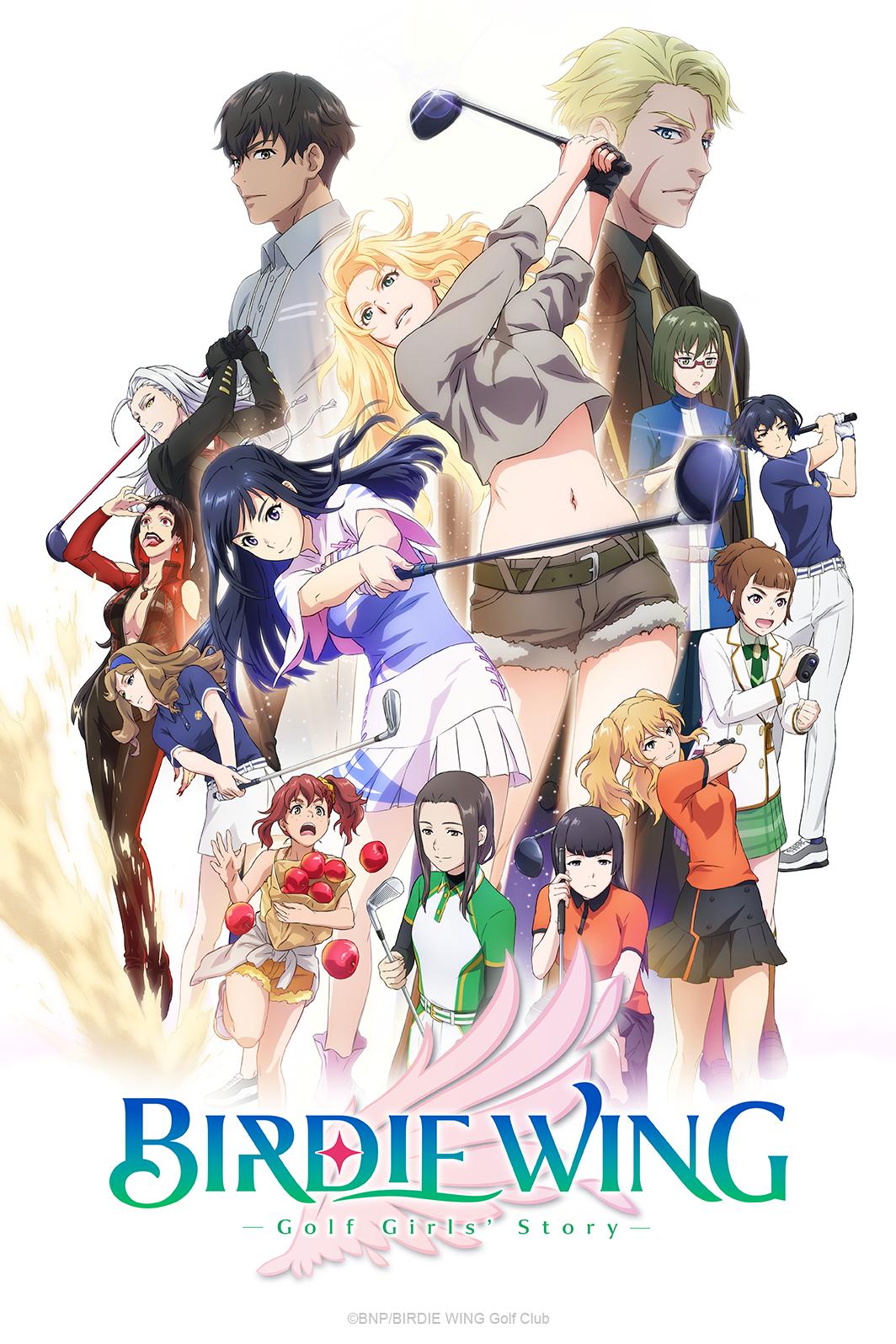 ANIME REVIEW | An Intense Game of Golf in "Birdie Wing"

Picture this: golf has become the biggest underground racketeering game in the world. The mafia use the game to settle all things big and small, with some having state-of-the-art course builders. One player seeks to play big in order to not just make money, but also protect their family. As the stakes are raised, more colorful characters appear to cause all sorts of chaos on our hero’s game.

Alas, I am not describing the long-awaited sequel to Happy Gilmore. In reality, this is the premise of the brand-spanking-new and fully original anime Birdie Wing: Golf Girls’ Story, which is brought to us via Bandai Namco Pictures (Welcome to Demon School! Iruma-kun). Yet despite its focus being on one of the most boring sports in the world, Birdie Wing manages to deliver more excitement than said sport rightfully deserves! 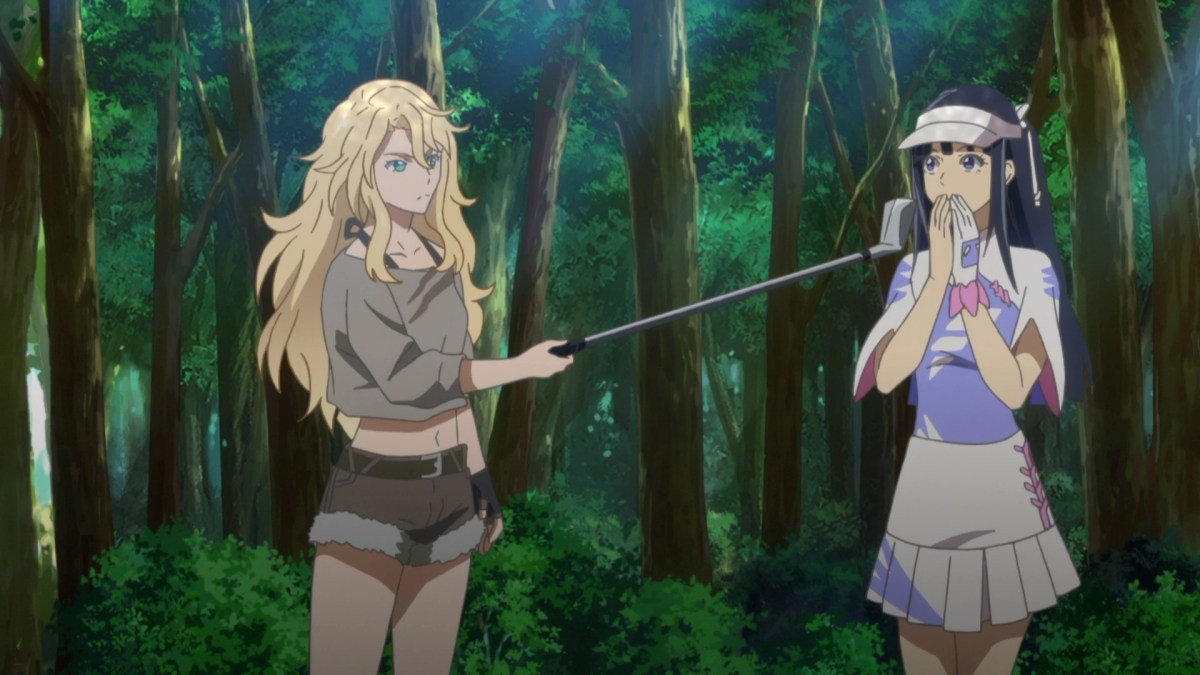 Birdie Wing follows Eve (Akari Kito), an underground golf player who uses unique styles on her swing. She makes money by playing some of the richest and dirtiest business associates around, with her friend Lily (Akira Sekine) serving as caddy. While on the job, Eve’s skills grabs the attention of Aoi Amawashi (Asami Seto), who challenges Eve to a game. And for the first time in a while, Eve feels excited to play golf.

Her need to play Aoi again is assisted by Rose Aleon (Toa Yukinari) a go-between who promises Eve another round with Aoi. However, in order to earn that game, she must start playing with the mafia’s best, including the serpent-like woman Vipere (Kaori Nazuka). Eve agrees, as any money she makes goes back to helping Lily’s sister Klein (Sayaka Kinoshita) and their three orphan immigrant kids. Fortunately, when Eve goes up to the tee, she’s got a rainbow of bullets to send her golf ball to its home. 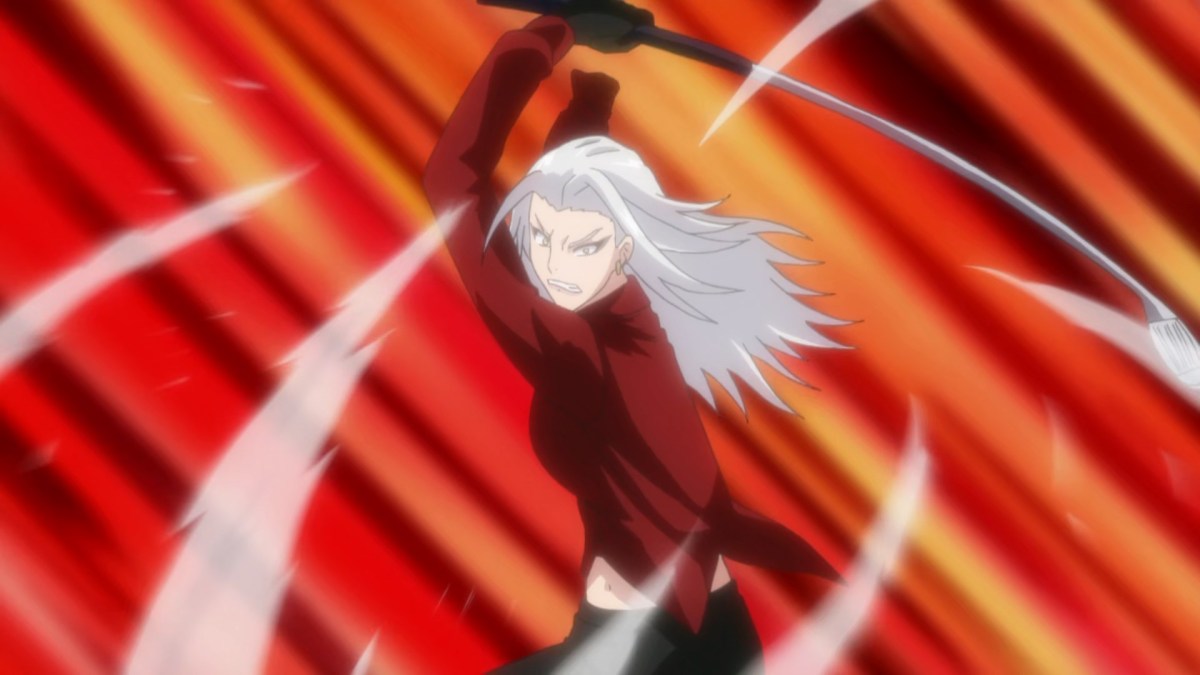 How else can one explain the craziness that Birdie Wing showcases throughout its first season? I get how sports like basketball, volleyball, and even badminton can be made exciting, but golf?! The game that rich people play while they avoid paying taxes and squander off their poor employees? That sport?!

And yet, this anime accomplishes this daring feat like they’re sinking holes-in-one with every swing! The way Eve plays is very much like Happy Gilmore, being more like a rebel on the course than the usual conservative style. She screams her swings like she’s a shonen superhero, as the balls fly in a string of colors towards the green. As the nonbelievers watch her destroy the competition, her aspirations to be the best player glow as brightly as a Saiyan who aims to be the strongest in all of the universes. 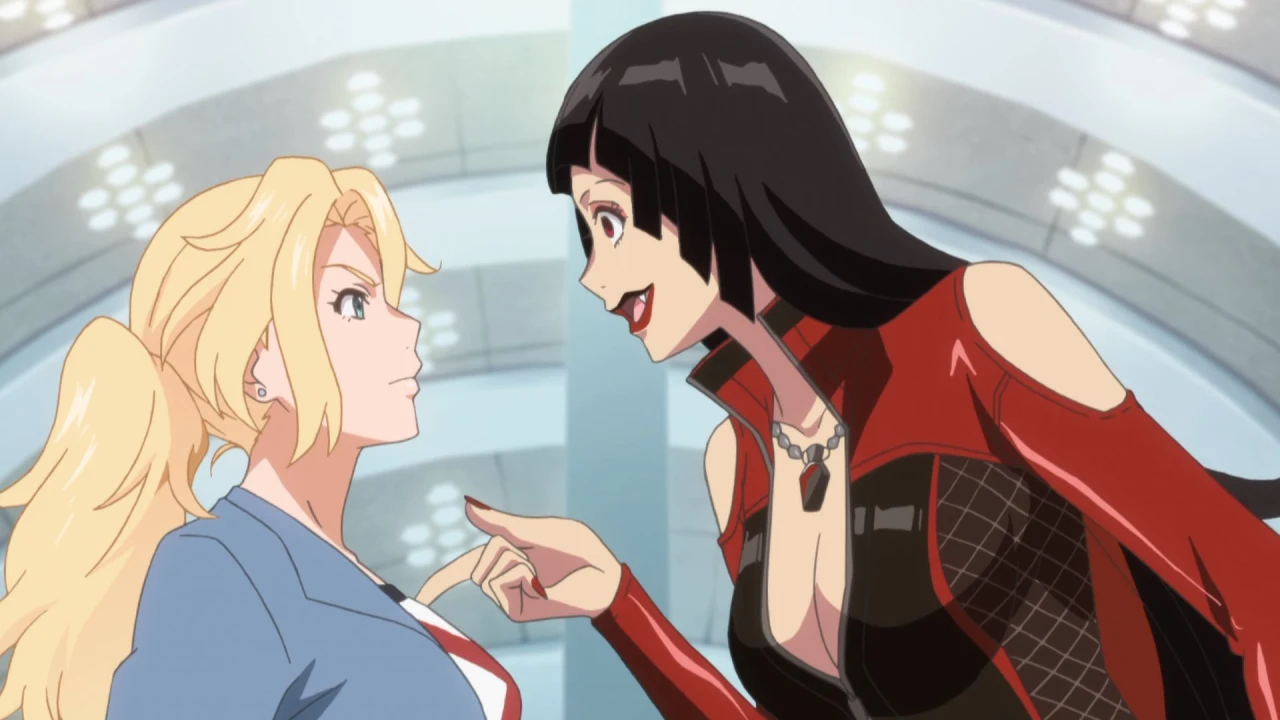 Adding the mafia into the mix also makes for some entertaining moments. Not only do we see these rich folks at the edge of their seats as Eve clobbers their best golfers one by one, with some even going so far as to use some crazy-ass villain-like powers to weaken her game. But every time Eve is pushed to a corner, she manages to find a way to beat her opponents senseless. Even when her friends and their kids are in the deepest of troubles, Eve paves a path towards success with a swing of her club.

All of this solely so Eve can play with Aoi again, who never leaves the rebel golfer’s mind for a second. It places a lot of character development between the two, as the best young golfer in Japan aims to play side-by-side with Eve again. They become one another’s friendly rival, pushing one another to better their skills on the golf course. And once the smoke clears in the underground mafia circuit, Eve aims to reemerge and play the game legitimately! 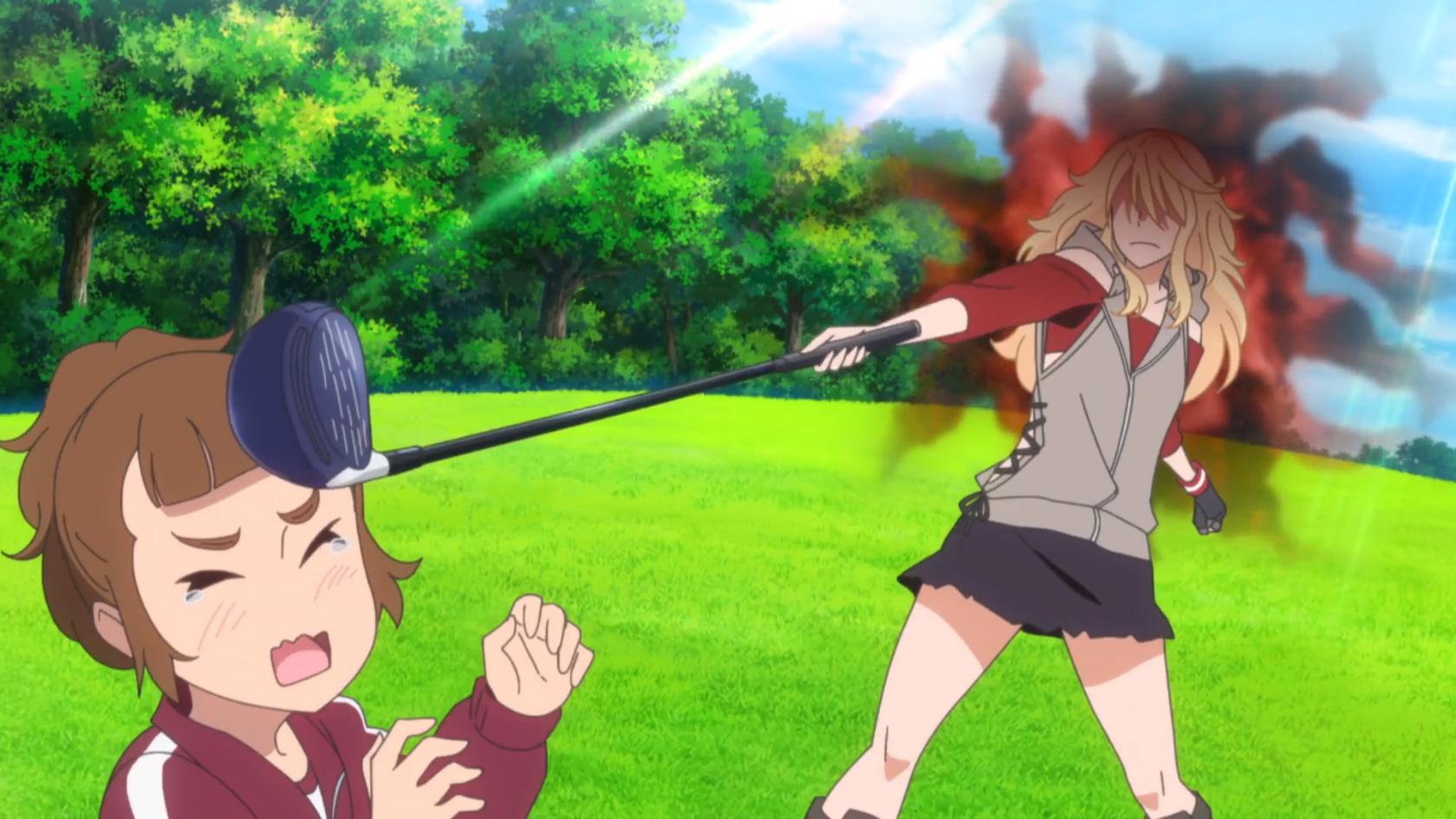 Saying more about Birdie Wing’s narrative will spoil plenty of the fun this anime has in store for its viewers. The mafia games get more intense, to the point where it gets to ridiculously funny levels. Then again, that’s to be expected when you have your series penned by Yosuke Kuroda, who redefined anime insanity with his work on Excel Saga! Place Desert Punk director Takayuki Inagaki at the helm, and you’ve got yourself the formula for a wild zero-fucks-given sports anime!

The combination works well animation-wise, with the golf games showcased in an exciting manner. Every swing from Eve, Aoi, Vipere, and Rose delivers an oomph that lets you feel ever swing and smack of the ball. Bandai Namco Pictures even goes extra lengths to making the game look great, as they use both traditional and CGI animation to bring golf to life. However, one can’t help but notice when character animations look off, especially when there’s nothing exciting happening in certain scenes. 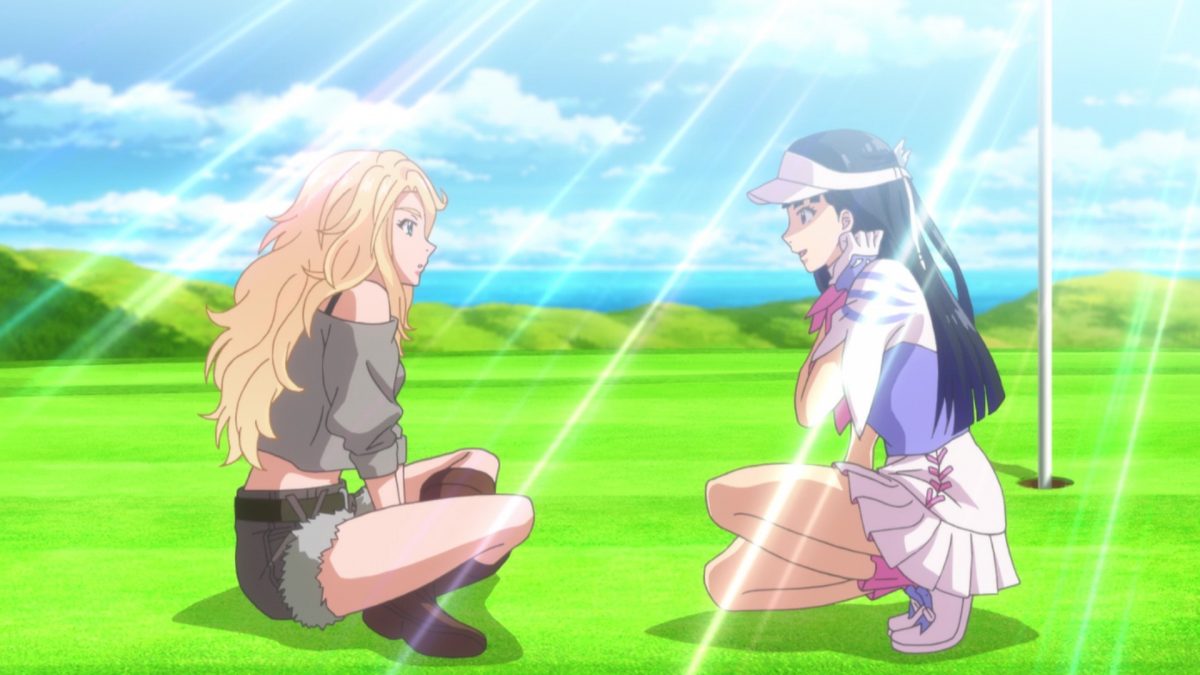 Fortunately, the voice cast makes up for the blunders found in the animation. Kito brings a tough and determined voice as Eve, who takes on everything as if it’s the most important thing in the world. Seto’s Aoi is a great contrast to Eve, with her bubbly personality making her impossible to dislike in any way. Yukinari voices Rose as if she’s seen her fair share of awful shit in life, appropriate once you see her back story!

From a soundtrack perspective, Kotaro Nakagawa and Hironori Anazawa’s contributions work great during the heat of each golf game. When things calm down, the music can be somewhat generic. Opening theme “Venus Line” by “Winter Queen” Kohmi Hirose is filled with soul and excitement, going all in with the pomp & circumstance with every lyric uttered. Tsukuyomi’s end theme “Yodaka” is a pretty good pop rock song, but it does lack a certain flair that’d help it stand out from all of the other female-fronted rock songs coming out of Japan.

The bad news about Birdie Wing: Golf Girls' Story is that it ends at a cliffhanger, right in a middle of a match. However, as a second season was just announced for Winter 2023, we won’t have to wait too long to see what happens next. For an anime about the most boring sport in the world, Birdie Wing somehow managed to be one of the most exciting things in the Spring 2022 season. Trust me: you’ll want to stick around to see where Eve and Aoi’s story takes them!

Now do us all a favor Bandai Namco, and make a Birdie Wing video game a reality!