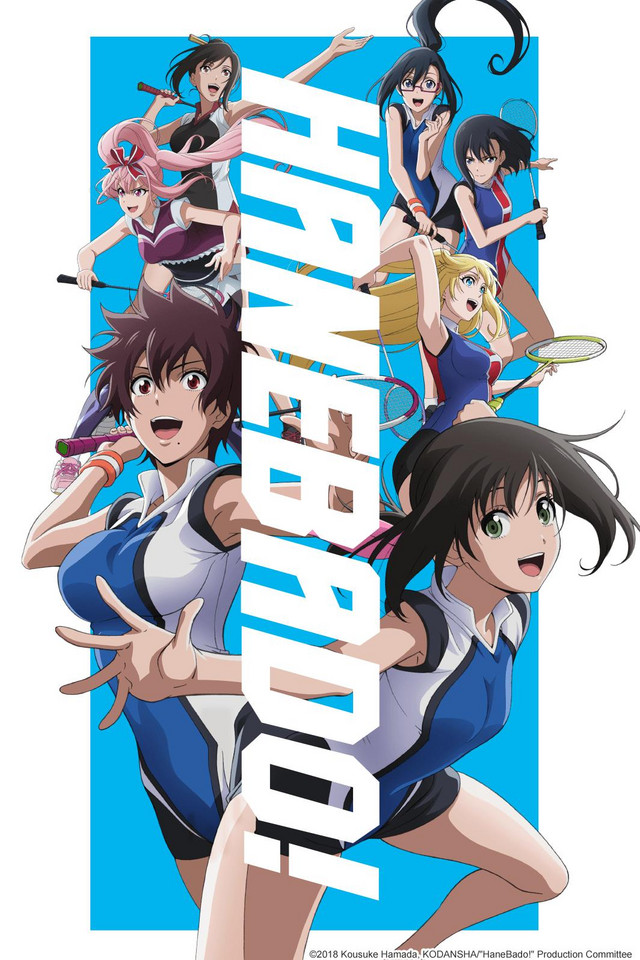 Webster's Dictionary defines badminton as the following: "a sport rich white people play while drinking mimosas and guffawing with pompous glee." Okay, maybe that's not the official definition of badminton, but it's what I always associate it with. It's the kind of sport where there's no sense of seriousness in how you play, as players giggle like morons and make shuttlecock jokes like they're a bunch of first-graders who've discovered the wonderful world of profanity.

Naturally, one would question the motives of turning such a game first into a manga series, followed by an anime adaptation years later. Did mangaka Kōsuke Hamada make a bet with a fellow writer to see how much angst they could place into a sport that has zero intensity? It would appear Hamada had won such a bet, as Hanebado! is filled with more intensity and dark emotion than any sports series I've come across. Its anime version, made by Liden Films (Berserk, Terra Formers), one-ups those feelings in motion, creating a show that's light-years better than it has every right to be. However, how it will change people's perspectives on badminton may vary. 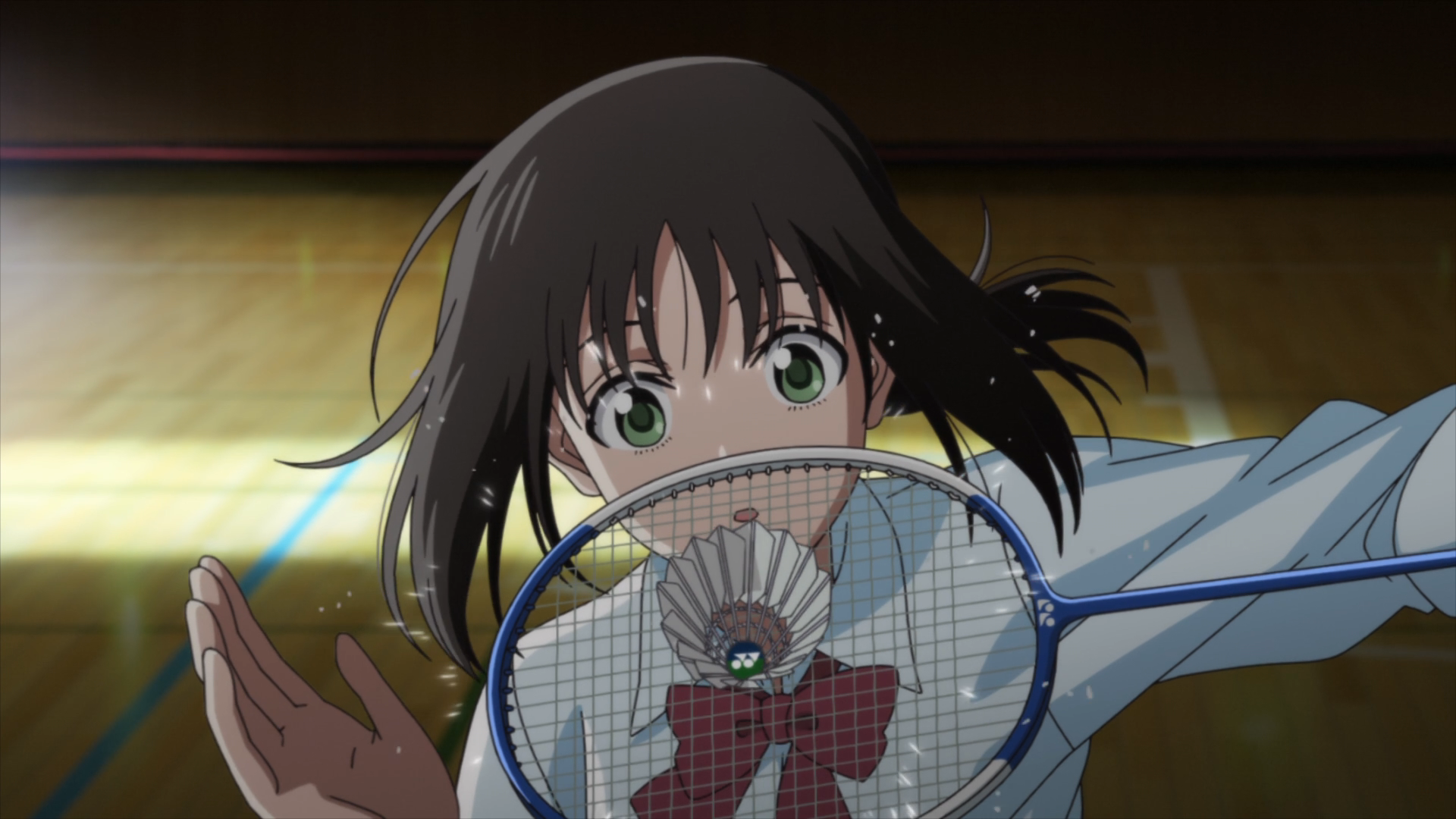 Hanebado! focuses primarily on a rivalry between two classmates: Ayano Hanesaki (Hitomi Ōwada/Amber Lee Connors) and Nagisa Aragaki (Miyuri Shimabukuro/Dawn M. Bennett). After Ayano beats Nagisa in a tournament, the champion loses all interest in playing the sport. The reason: her mother walked out on her after a harrowing defeat, giving way to losing any sort of connection she truly had with the sport. It's when her friend Elena (Konomi Kohara/Sarah Wiedenheft) drags her to the badminton club and see Nagisa as the team captain when a resurgence for the game builds within Ayano. While she overcomes her fears of playing, her intensity is pushed to the limits, to the point where she becomes too serious about badminton.

At first, Hanebado! takes a more rebound approach to Ayano's feelings about badminton. She has no interest in picking up a racket again, nor does she wish to face Nagisa again in a rematch. But once she gets back into the swing of things, she rediscovers her passion for the sport. However, when a player from Denmark named Conny (Mariya Ise/Ariel Graham) enters the frame and tells Ayano about her ties with her mother, Ayano's personality changes to something more cold and monstrous. Basically, her love of badminton becomes a more "play-or-die" mentality, with the look in her eyes being more predatory as she hits the court and attempts to trounce her opponent. 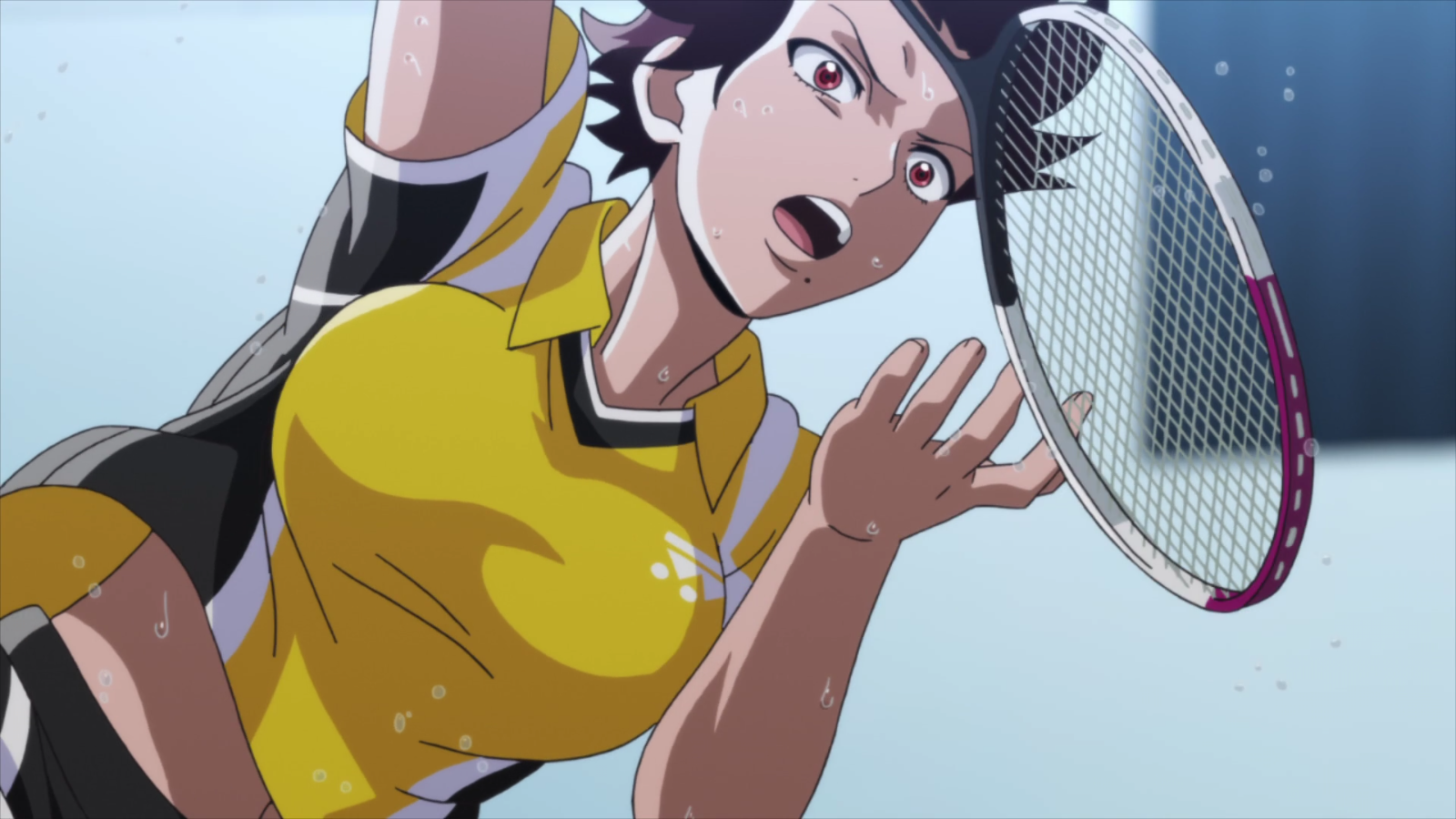 Meanwhile, Nagisa has her own drama to deal with, as her knee begins to act up while she plays. It's revealed that if she plays too rough for too long, it could spell a career-ending injury that'll keep her from holding a racket ever again. A reason like this pushes Nagisa to want to have a rematch with Ayano, with the rivalry between the two becoming fierce and personal. Both players have their own personal demons to deal with, and the only way they know how to do that is by playing and eliminating whatever competition that stands in their way.

What makes Hanebado! surprising is its means of character development. This is the type of anime that likes to switch around who you're supposed to root for. In the beginning, the tone of the show seems to be more in favor of Ayano, as Nagisa constantly hounds her for a rematch. Once Ayano snaps and becomes a beast on the court, the role of the hero is then switched to that of Nagisa, who tries to put her teammate back in her place by any means necessary. This transition of how we're supposed to look at these characters is not only swift, but does so with little bumps or deep exposition. 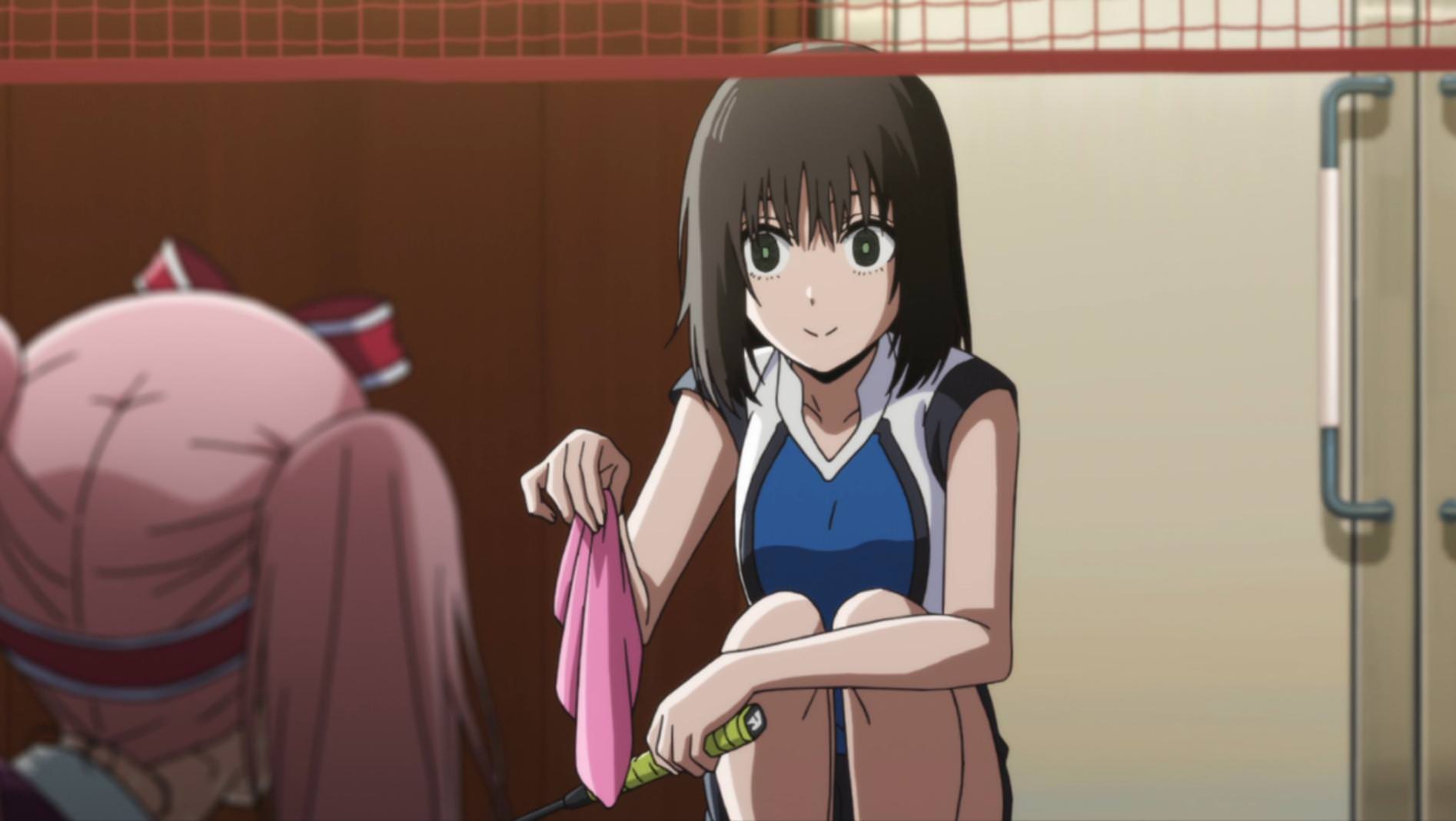 Nay, it is the tone of this series that helps to showcase which role these two are playing. While there is no good guy/bad guy mentality present, how we're supposed to look at both Ayano and Nagisa is done so with some clever dialogue and intense actions. You may think you want to root for one of these people, but in the end it's seeing both players compete against one another that unleashes the true animal from within these characters. And even if the sport they're playing is something as dumb as badminton, it successfully builds up the tension without ever having to laugh at itself. In laymen's terms: this is as good of a badminton story as one will ever get.

I can't help but feel mad at Liden Films as I watch Hanebado! The animation is one of this season's best, as it captures the speed and agility that is needed to play badminton. From the constant sweat dripping off the players to how a shuttlecock flies in the air after it gets hit, the attention to detail is on incredibly beautiful levels. This leads me to ask a simple question: where was this quality of animation when they adapted Berserk?! 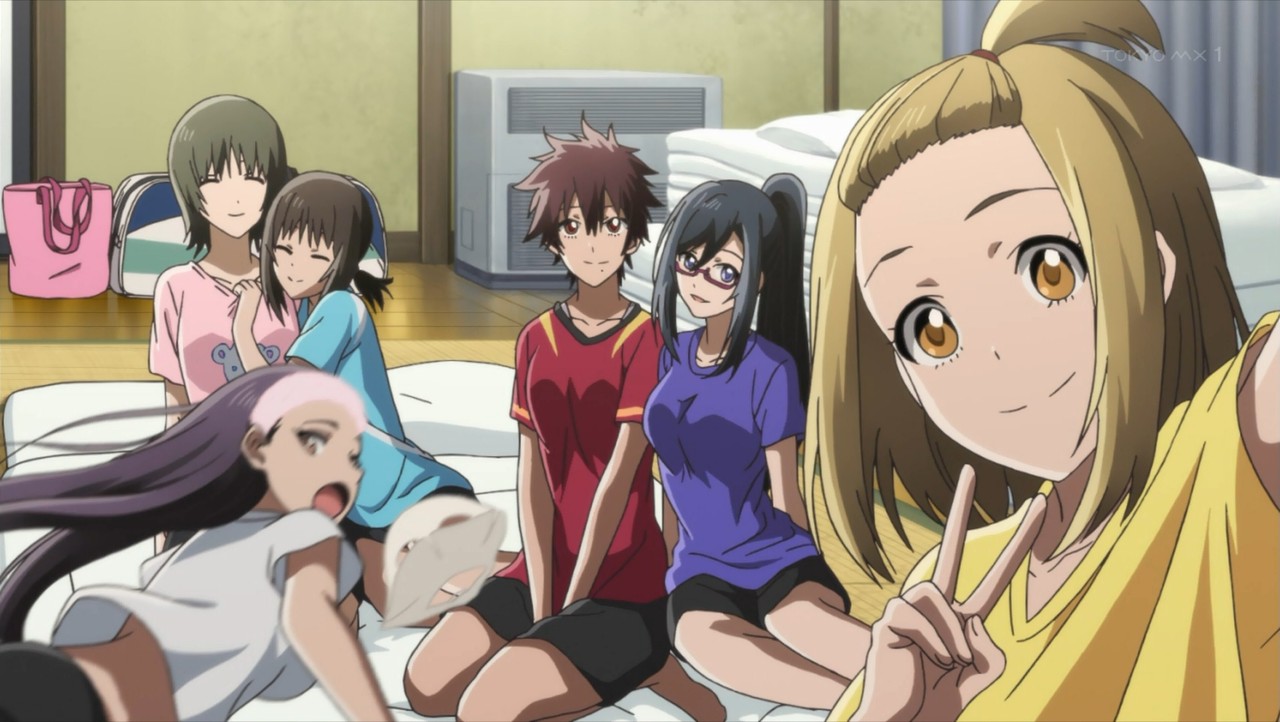 Ōwada and Shimabukuro both work well together in their roles as Ayano and Nagisa. When talking with one another, there's a level of intensity that makes it feel like they've been legit rivals for many years. Even as they play, it sounds like they were recording this as they were in the midst of a match, capturing a level of realism in their personalities both on and off the court. In its English dub, Connors and Bennett both have that focus and demeanor as their Japanese counterparts, but it does kind of falter when they talk normally while in the midst of a high-end match.

Tatsuya Kato (Future Diary, Food Wars!) crafts a score that acts as a strong backing for any match happening. The orchestrations elevate the intense fights and internal conflicts the characters have, crafting a higher level of emotion to push the scenes to better heights. Opening theme "Futari no Hane" by Yurika is a surprisingly peppy track for a more serious show, but it's incredibly catchy nonetheless. Yuiko Ōhara's ending theme "High Stepper," on the other hand, captures the more intense moments of the show, mashing up the power of rock with the focus and artful movements of a very active sport.

In a way, Hanebado! is a very good show. With that being said, because it's a serious series about badminton, many viewers will more than likely see it as a satire on sports anime than an actual drama. Yes, the story's well-written, and the drama and tension is on some very emotional levels. But when the sport it's focused on is one played mostly by drunken fools for a laugh on a summer's day, it's very hard to look at Hanebado! and not laugh in its presence. Take it for what it is, and see if you enjoy it either because it's a good sports series or because it's hilarious to see badminton be taken in a serious light.

Hanebado! can be viewed on Crunchyroll, VRV, and FunimationNOW. It has been licensed by Funimation. Episodes 1-13 were observed for this review. Promotional consideration provided by Crunchyroll and VRV.