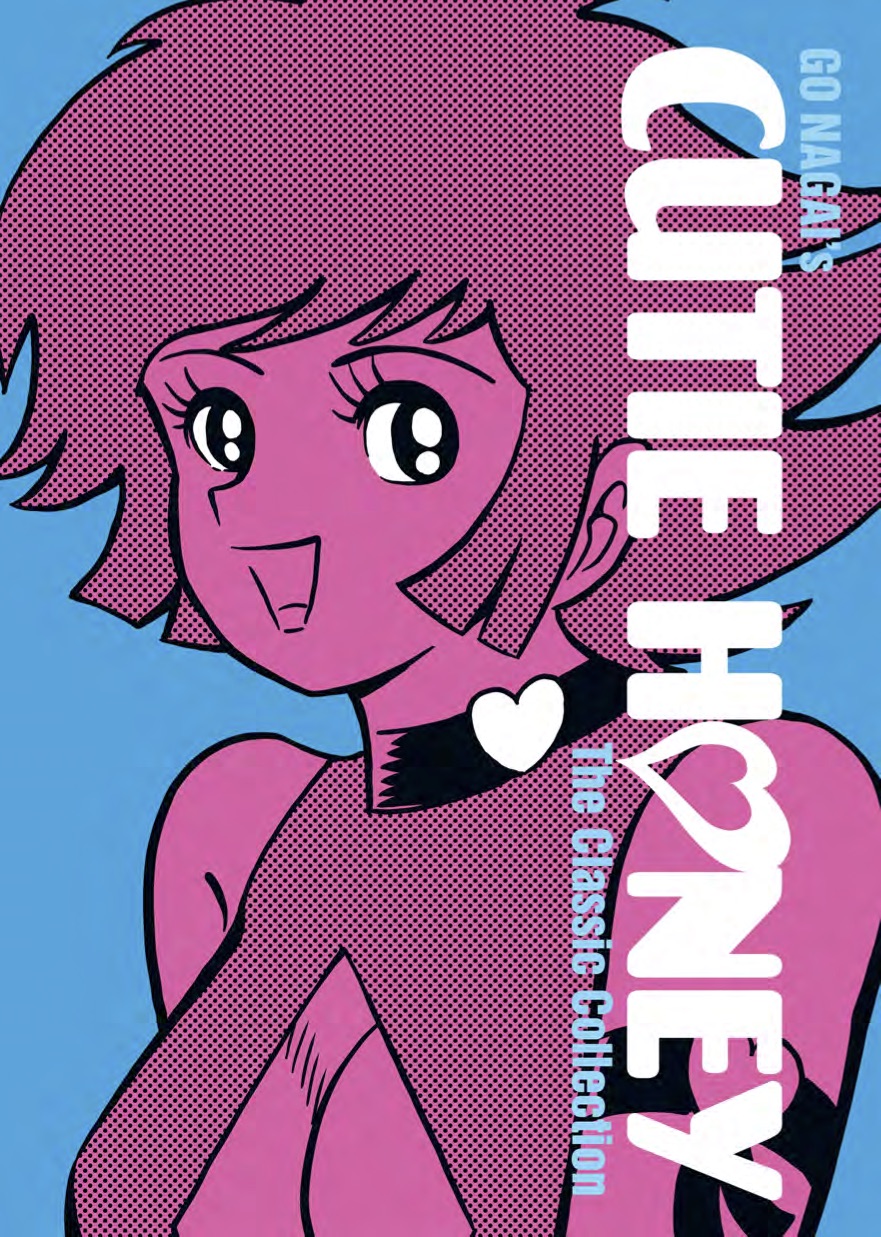 It's amazing to think that female heroes in anime and manga all got its start with Go Nagai's Cutie Honey. Created in 1973, the transforming android made boys swoon over her looks while girls cheered for a powerful beam of justice they could call their own. In a year where Nagai's influence has gained some well-deserved traction (what with the reboots of Cutie Honey and Devilman earning rave reviews), it seems rather appropriate that the Western side would finally get to dive into the original story of Honey Kisaragi and her fight against Panther Claw.

After a brief origin tale of how Dr. Kisaragi brings her to life, Honey finds herself living at an all-girls school with women who care very little of the opposite sex not being around. It's soon after settling into her room with her newfound friend Aki Natsuko when Honey hears a distress call from her earpiece. Once she arrives at her father's place, she discovers that an organization known as Panther Claw is attempting to kill him and steal his works. Here, a robotic version of Dr. Kisaragi fills Honey in on all the truths, from her special techniques to how she keeps the all-powerful Airborne Element Solidifier within herself. 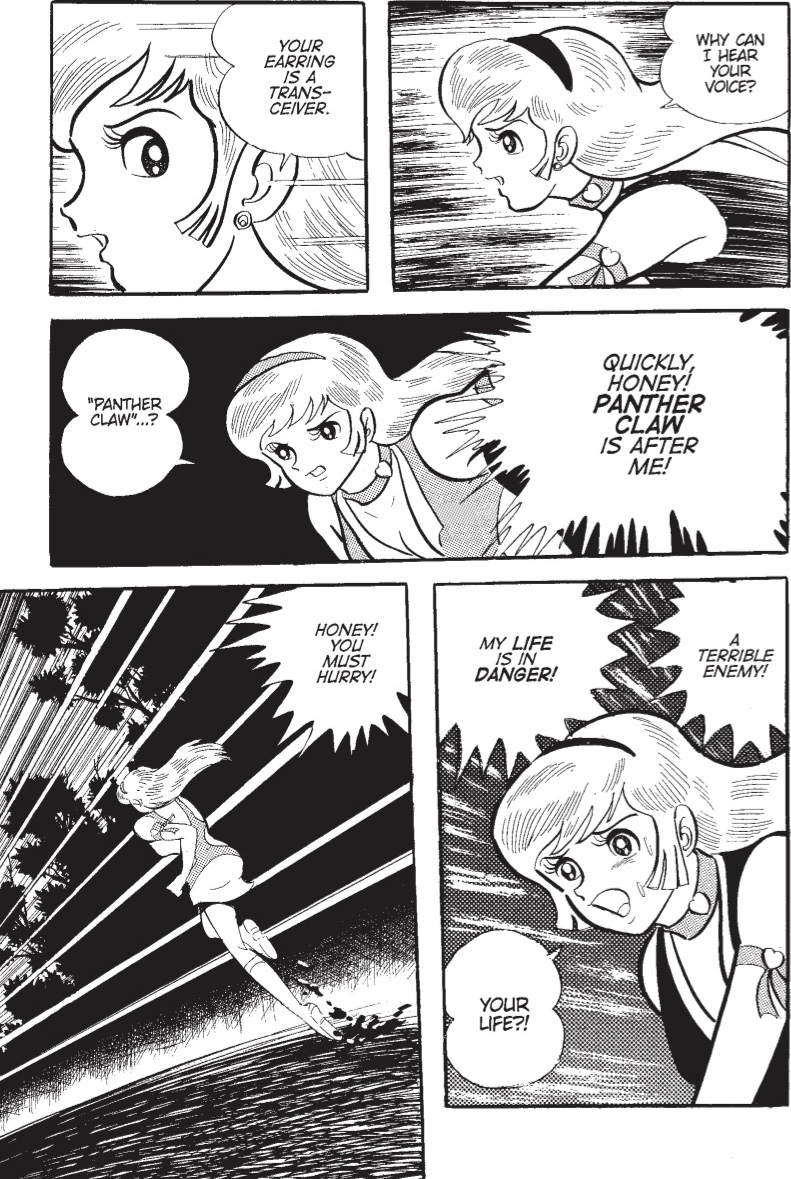 Honey immediately dives into her plan to take down Panther Claw, with the organization throwing every villain her way. As Sister Jill watches from her lair, she slowly begins to learn Honey's secrets and how she may be able to defeat her. Thankfully, having a news reporter like Hayami in her corner makes Honey's task at finding the baddies just a little more easier; it's leaving her dorm without a sadomasochistic guard lurking the hallways that's the most challenging.

Cutie Honey plays to some of Nagai's greatest strengths, ranging from its action-packed battles and risqué comedy. All of this is captured in an art style that plays well to the 1970s era it was created. Character models range from being absolutely gorgeous to Gerald Scarfe levels of grotesque, with surroundings areas and the like being somewhat minimized for the sake of putting more focus on the people. When it comes time to throw down, the fight sequences are presented like Adam West's Batman put to ink, delivering a kooky-yet-cool vibe in its overall presentation. (It does get a little more gruesome later in the manga, diving more into Devilman territory with the shock value.) 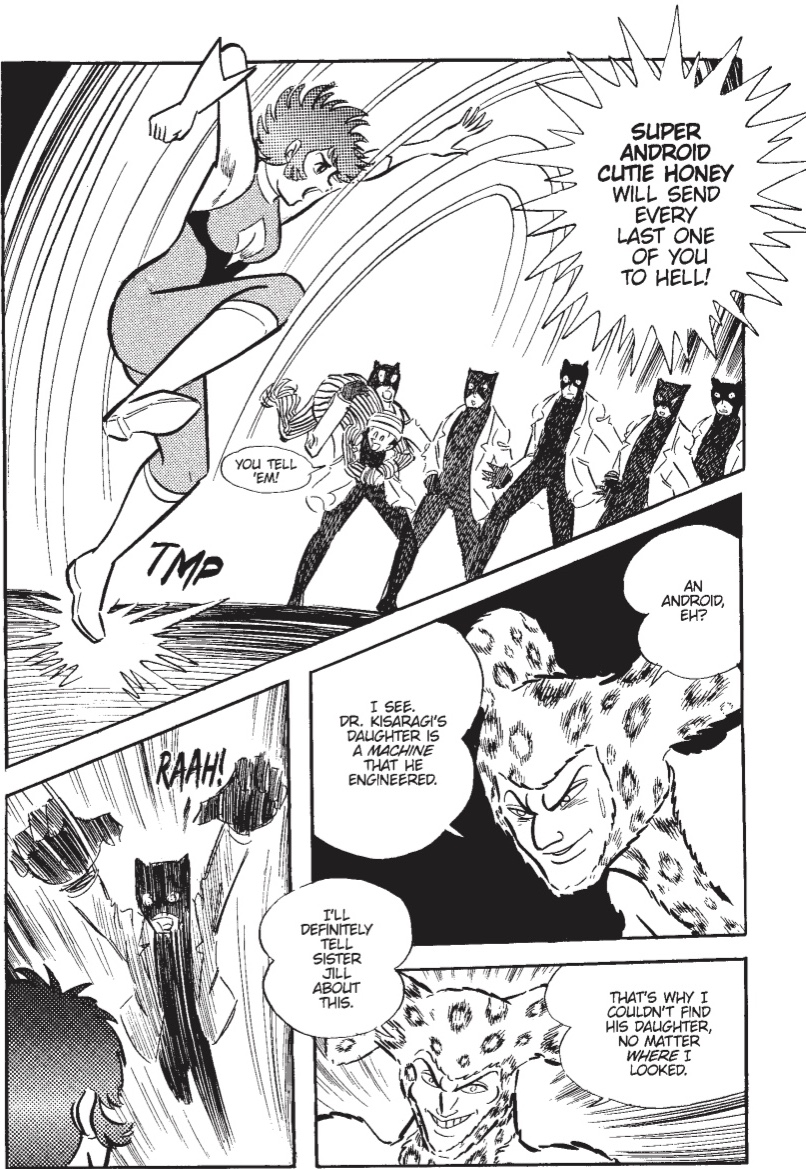 When it comes to the more humorous side of Cutie Honey, Nagai goes more for the "funny for the sake of being funny" route. Muscular women with pec hair, a detective who bleeds from his rectum due to hemorrhoids, and some childish poop jokes are in full frame here solely because they're silly concepts. In fact it's actually surprising to see how gross-out humor has been around decades before the likes of Ren & Stimpy first graced the small-screen, even during a time when Mad Magazine was still relatively tame.

Of course, there's a plethora of sex comedy in here to boot! Honey's all-girl academy is seemingly full-blown lesbian with the staff and students, whereas Hayami's father and little brother Junpei always trying to sneak a peek of our hero in the buff. It all depends on your taste in this sort of humor, but it's amazing to see Nagai practically go X-rated with its comedy in ways that would even make Robert Crumb blush. (Let's just say Junpei does something with his tongue to Honey disguised as a statue that will make even the biggest lovers of naughty humor do a double-take.) 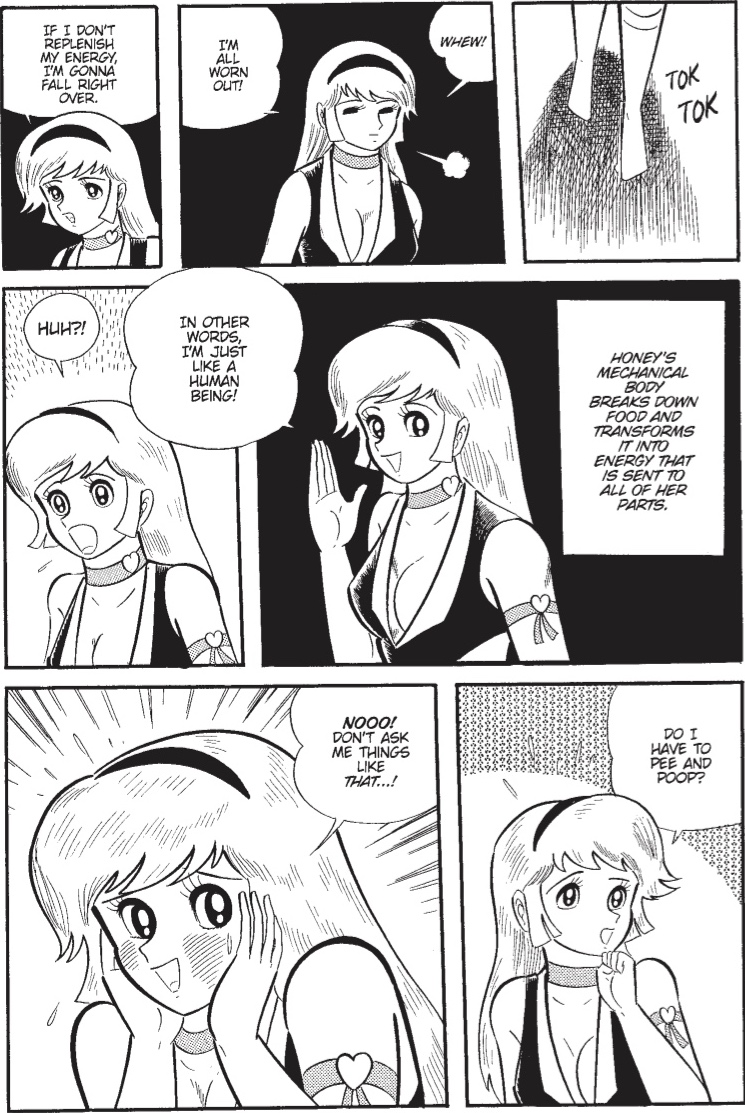 However, like the Nagai/Hideaki Anno collaboration Cutie Honey a Go Go! from the early 2000s, the story wraps up before the ultimate fight is to begin. Perhaps this was Nagai's way of convincing his readers to watch the anime version to see how it all turns out, but those wanting to witness some sort of closure in manga form will be disappointed. With that being said, it's fairly easy to see what sort of path Honey will be walking upon as you read through the last couple of pages, so it's nothing to throw a fit over.

While the humor and plethora of nudity may raise some eyebrows, this complete collection of Cutie Honey stands as a work of manga history. Although some aspects may not have aged well, one cannot look past the sheer importance Nagai's creation has had in the Japanese entertainment realm. Thanks to its tongue-in-cheek humor and riveting action, the original manga version of Cutie Honey stands the test of time as both an entertaining read and an important cornerstone for what was to come from both anime and manga in the years to come.