HomeAnimeREVIEW | Heroes On the Run in Latest "My Hero Academia" Film

REVIEW | Heroes On the Run in Latest "My Hero Academia" Film 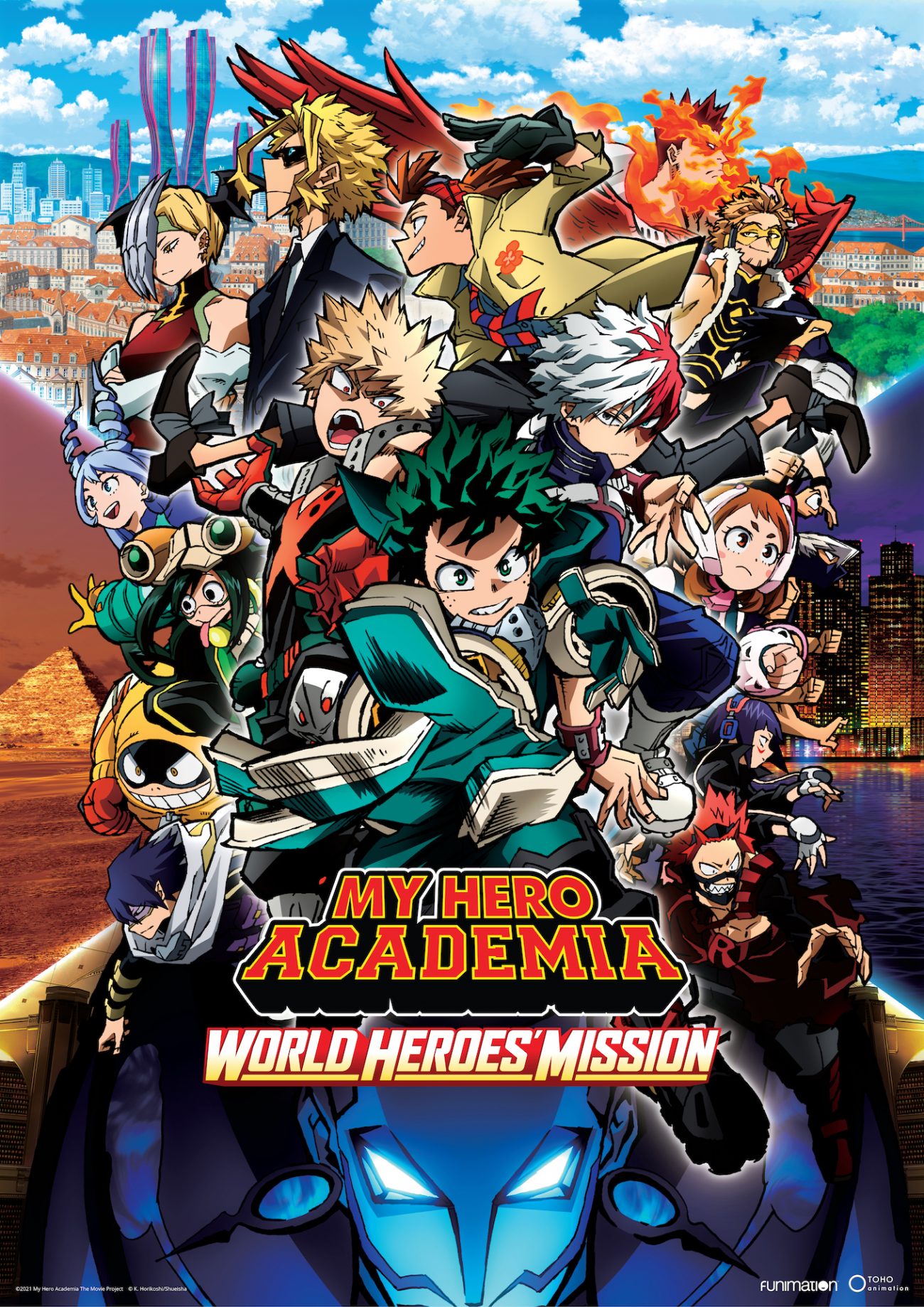 REVIEW | Heroes On the Run in Latest "My Hero Academia" Film

Poor Deku has it rough. It seems like no matter where he goes, the user of One For All appears to be a magnet for trouble. Of course, in the world of My Hero Academia, trouble is just about everywhere a villain can raise havoc. Maybe that’s why the stakes are raised in its third film, as the threat is raised to a global scale.

An original standalone story, My Hero Academia: World Heroes’ Mission has Deku, Bakugo, Todoroki, and Endeavor sent to the European nation of Otheon. The rest of the heroes & students of UA Academy are scattered throughout the world, as a terrorist organization sets out to kill anyone with a Quirk. As he and the others do their routine, Deku runs into Rody (Ryan Colt Levy), a shoddy thief who accidentally gets his briefcase of jewels switched during a high-speed chase. However, what’s inside the one he has may be a key to stopping the terrorist organization. 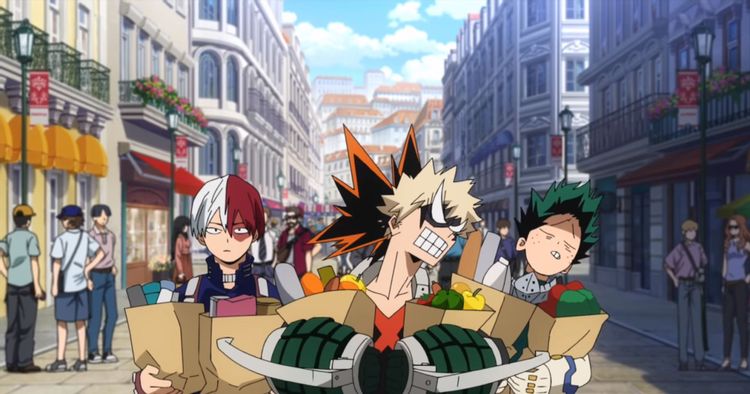 It’s soon revealed that this threat has plenty of control throughout the world, including the police force. A false APA is placed on Deku, with claims that he massacred a dozen civilians. As he and Rody attempt to evade the police and the terrorists, Bakugo and Todoroki do their best to find their comrade. With the clock ticking towards Quirk genocide, Deku and Rody must figure out the mystery behind the briefcase in order to save their friends and allies.

World Heroes’ Mission begins on a good note with the terrorist organization, fronted by Flect Turn (Robbie Daymond). The threat they create — while supervillain-ish as a whole — has some roots in some of history’s most notorious dictators and cult leaders. Just as impressive is Flect Turn’s Quirk, which could’ve easily made for a great final boss in an arc of the actual series. But instead of getting some deep back stories about the organization and its leader, we’re once again dragged into what’s happening with Deku. 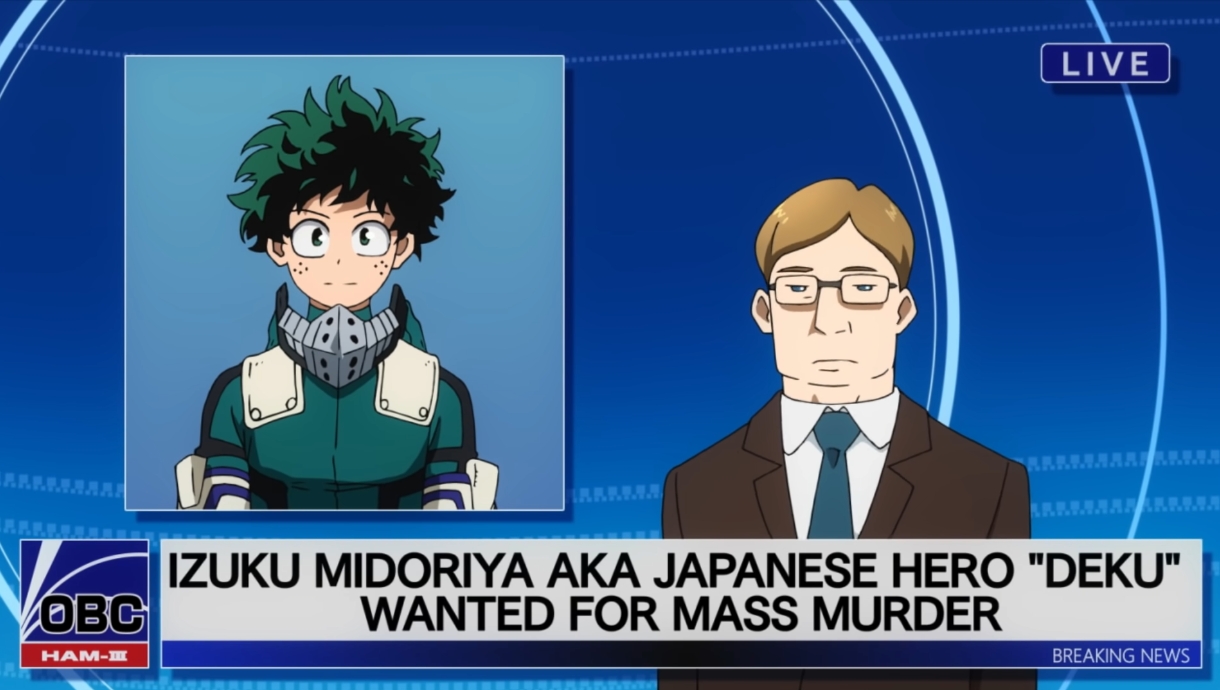 I get that My Hero Academia’s main focus on Deku’s growth as a hero under the wing of All Might. But just because he’s the focus of the manga and the TV series doesn’t necessarily mean he should be the primary character in the stand-alone movies. People like things to be changed up with their stories, especially if it means adding new nuances to some of the other UA students. Give us a story surrounding more on Todoroki, Uraraka, Froppy, Bakugo, or any of the other unique heroes of the school; not everything is about Deku!

Rant aside, World Heroes’ Mission does a good job showcasing why Deku’s the heart of the series. He’s not the kind of guy who punches first and asks questions later; he wants to help out everyone, including those who may be in a pinch. Alas, said person in the pinch doesn’t have much going for them either. Yes, Rody has his reasons for wanting to see this evil organization be taken down, as well as a deep tie to who might’ve created the weapon. However, even if he’s crucial to the mission’s success, it doesn’t forgive the fact that he’s both a forgettable character and — let’s face it — the owner of a pretty lame Quirk. 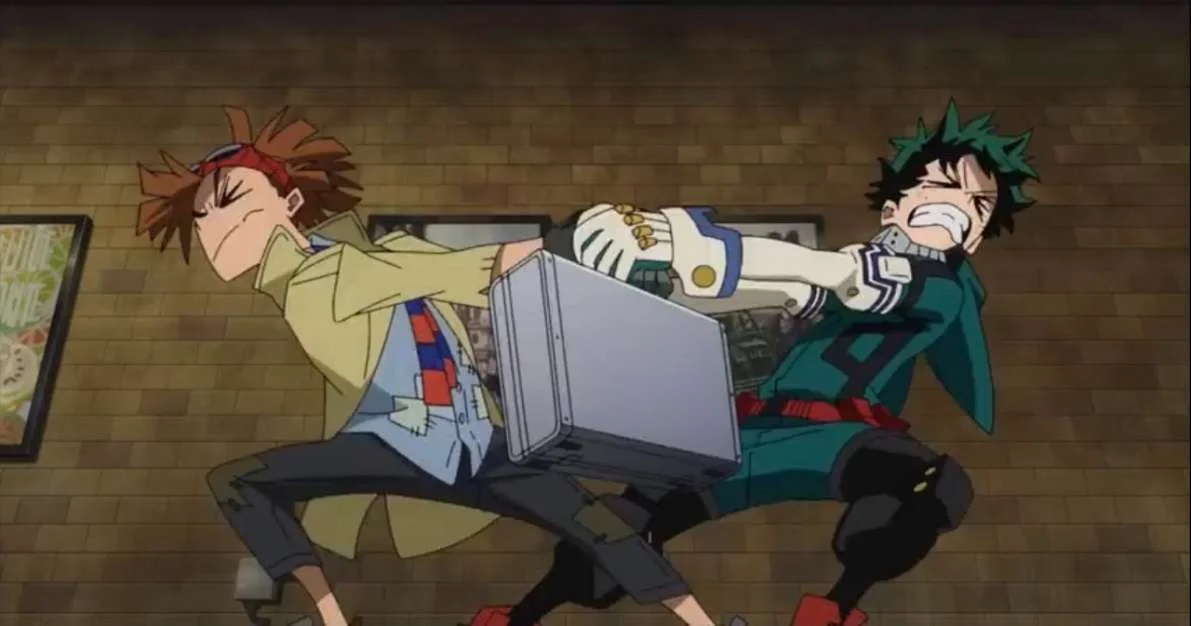 Thankfully, while there are weaknesses to the script, the same cannot be said about its animation. Studio Bones amplifies the look of the TV anime to the big screen, with some of the series’s most fluid action and beautiful visuals. There’s a moment of calmness captured during a short montage that showcases the beauty of the countryside that Deku and Rody are hiding out in. It’s only under a minute long, but one can tell how much the animators wanted to emphasize how gorgeous the world can be when there’s no fighting occurring.

But people don’t go to see a My Hero Academia film for calm serenity; they go for an adrenaline high! While the fights are more sporadic throughout the film, World Heroes' Mission does showcase a rather impressive climatic battle between Deku and Flect Turn. There have been many fights where the show’s main protagonist looks to be beaten, but Flect Turn does a great job not only as a threat to Deku, but also almost any other hero that could go toe-to-toe with him!

My Hero Academia: World Heroes’ Mission has some solid action and a terrific villain. However, its overall narrative is all-too familiar, capped by a film-exclusive second banana that lacks anything deep or unique. It has its fun moments, as well as some good social commentary revolving around the awfulness of genocide in modern society. Still, compared to the past two My Hero Academia films, this is thus far the weakest in the bunch. Perhaps it’s time Bones should start adapting its spinoff series for the big screen? (Looking at you, Vigilantes!)