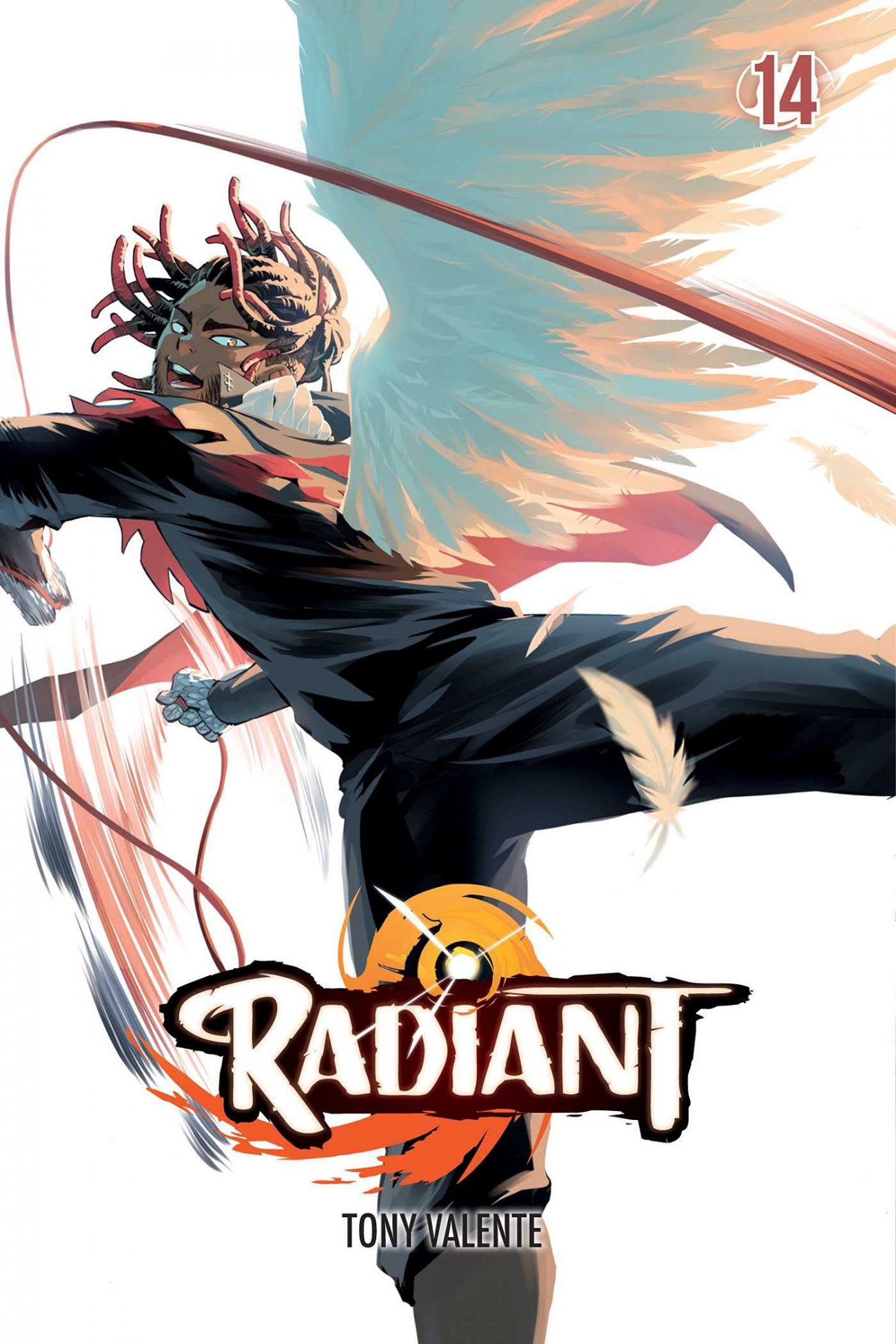 It has been forever since Tony Valente’s RADIANT saw a release here in the West. (In fact, it was last October when its thirteenth volume was unleashed!) Thankfully, the volume begins with a much-needed reminder of what’s been happening in Seth & co.’s current arc (something a lot of manga & comics need to do, especially if there are excruciatingly long breaks in-between releases). With Volume Fourteen, Seth sets out to keep a promise he made to a fellow infected.

But first, RADIANT has to focus on poor Doc, who has found himself “rescued” by the Inquisition. Pretending to be a prison of the “Horned Wizard group”, he settles in with the students of the Stem Academy. However, he fears his cover will be blown, as he finds a familiar and dangerous face within the classroom. Worse, Doc is forced to sit next to him, filling him with the fear that his days will soon be numbered. 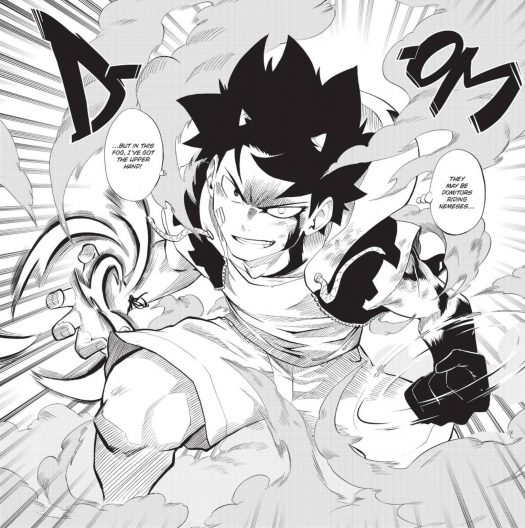 While this is going on, Seth continues with his fight with two Domitors. Their reason for taking him on remains a mystery, until a familiar name is dropped: Hameline. That’s when Seth and the two opponents reach an understanding, as the horned hero aims to correct the mistake he made back in Rumble Town. Meanwhile, Mélie and Ocoho avoid being crushed inside Yaga’s cauldron, and are introduced to a plethora of colorful coven members, including a gran with the gams!

One of the things that stands out about this volume is Valente’s attention to detail. His action sequences — especially those focused on Seth and the Domitors — explode with personality in every frame. Each moment showcases that feeling of excitement in these characters’ bones, pain in their faces, and frustrations in their eyes. Valente’s art is certainly the strongest aspect about RADIANT, as he’s able to successfully bring a French flair to a Japanese drawing style. 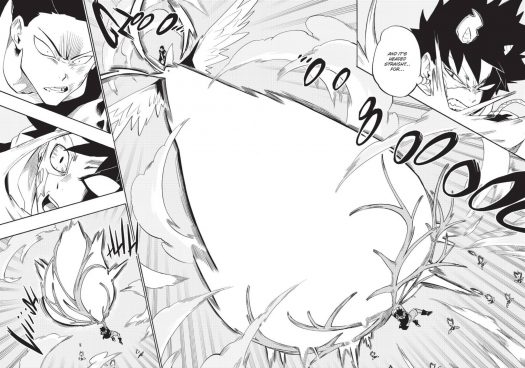 However, the story seemed to be all over the place in this volume. Sure, it’s nice to see how the Domitors plan to take on the Inquisition, and watching Ocoho and Mélie figure out where exactly there are is very entertaining. But how it’s all threaded together is kind of a mess, with transitions from one story point to the next causing a good dose of confusion. It made tying all of the goings-on sort of a pain, especially with the amount of exposition it delivered.

With that being said, Seth’s reunion with Myr is where the story gets back on track. Seth learns of a new skill, and Myr’s mannerisms are just as funny and heartfelt as ever. There’s hope of Seth bringing back the forest Myr lost, even if Jill won’t be there to enjoy it with him. It’s a touching moment that demonstrates the heart of RADIANT, even if the bearded pixie encircles it with a good ole fashion crop duster. 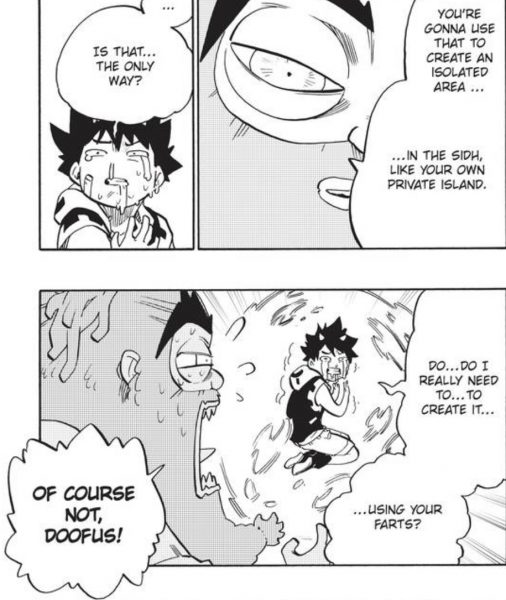 Despite its messy narrative, RADIANT’s fourteenth volume offers a good dose of action and heart for readers to enjoy. With all of the key players now in the same vicinity, one hopes that the story will get itself back on track. Plus, with a certain somebody being held captive in front of Seth’s eyes, it’ll be interesting to see if/when their reunion will result in the answers that Seth’s been asking for awhile. Until then, we’ll just have to be patient for when the next RADIANT volume drops, although we hope the wait isn’t as long as it was for this one!

REVIEW | Heroes On the Run in Late...