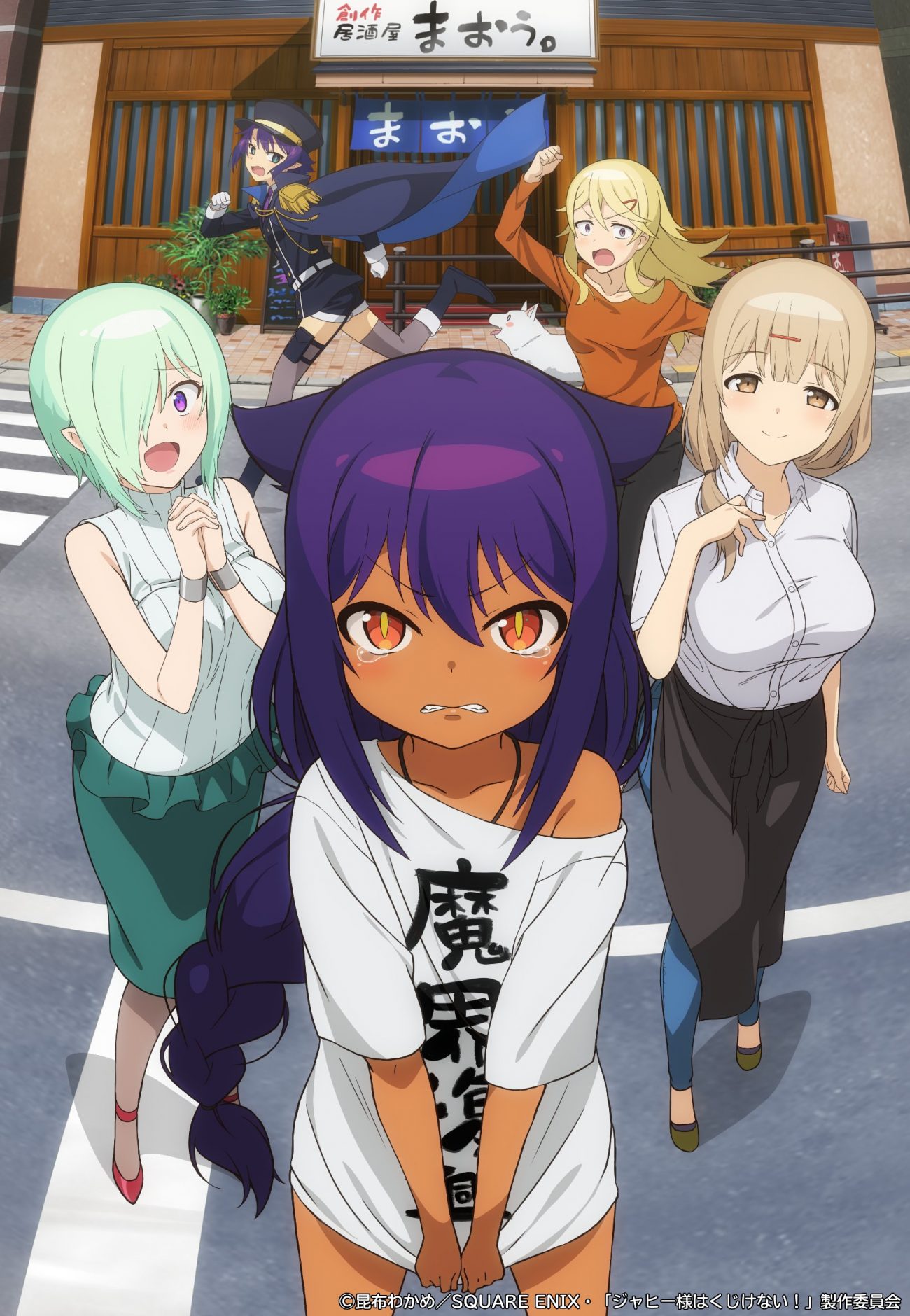 When you’re second-in-command, almost everything is handed to you on silver platter. Servants giving you all of your needs, the finest of foods, and even the comfiest of bubble baths are just a finger snap away. And if you’re displeased, you can take it out on those lower on the totem pole, with their response being a thank you sprinkled with praise. But wouldn’t it be a shame if that was all taken away from your grasp? The titular character of The Great Jahy Will Not Be Defeated! experiences this scenario in the most extreme (and funny) of ways.

Jahy (Naomi Ozora) reigns near-supreme of the Dark Realm, with her unlimited powers given to her thanks to the mana crystals. But it all changes when a magical girl (Sumire Uesaka) enters her headquarters, destroys the crystals, and basically eliminates the entire Dark Realm itself. When she comes to, Jahy finds herself on Earth with no powers and half of her previous height. Now living in a crappy apartment and working at a bar, Jahy seeks to find the mana crystals, regain her powers, and give rise to the Dark Realm again. 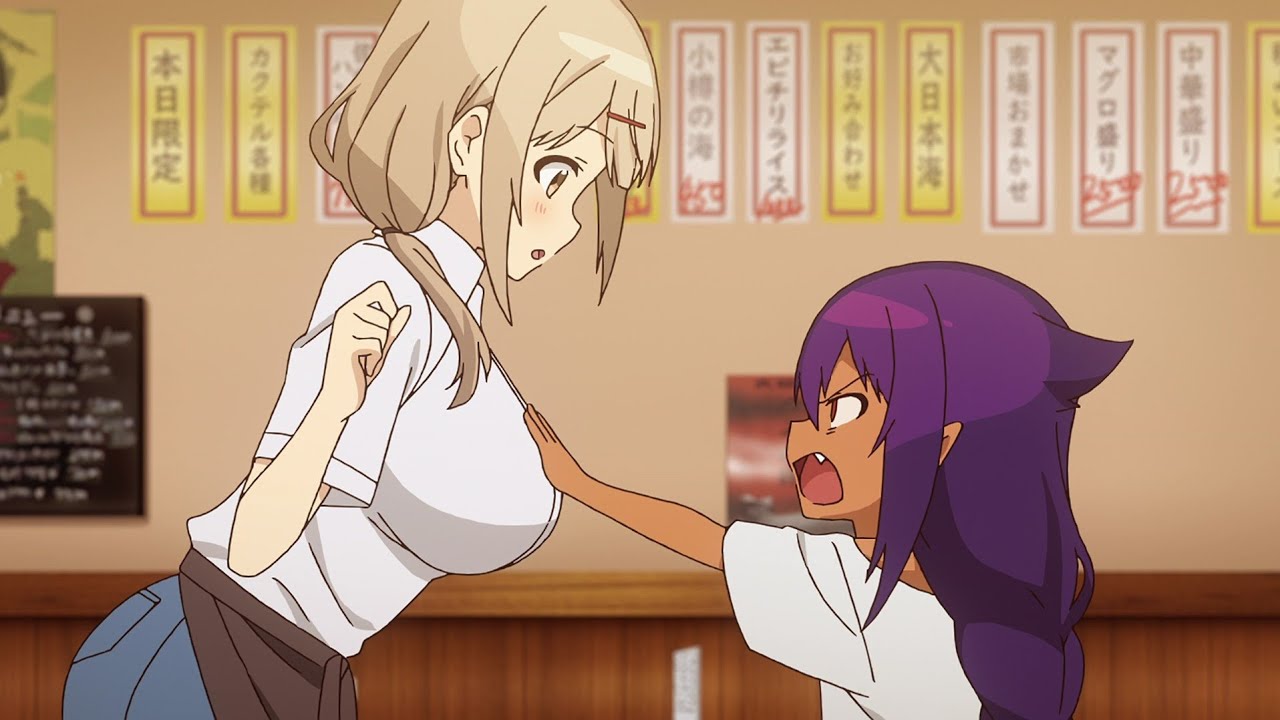 Besides the whole Dark Realm thing, the Great Jahy has a few other problems to deal with. Her rent is too damn high, food is scarce, she’s forced to bathe in a small aluminum pan, and the magical girl is still out to get her. To make matters crueler, her minion Druj (Kana Hanazawa) is now a multi-millionaire living the high life. But she finds solstice in her bar Manager (Ai Kayano) and…semi-decent treatment from the Landlord (Yoko Hikasa), while a trickle of luck lands on her lap whenever she finds a mana crystal piece to regain her powers.

The comedy in The Great Jahy Will Not Be Defeated! works at its best when the world is out to get Jahy. She finds out quickly that karma is one bad bitch, as her mean ways back in the Dark Realm come to bite her square in the ass. Her fancy meals are now replaced by bean sprouts and mayo, and her sexy outfit is replaced by a raggedy t-shirt. When she fights the Landlord over paying the rent, the apartment owner shows no mercy and gives her a much-needed beating! 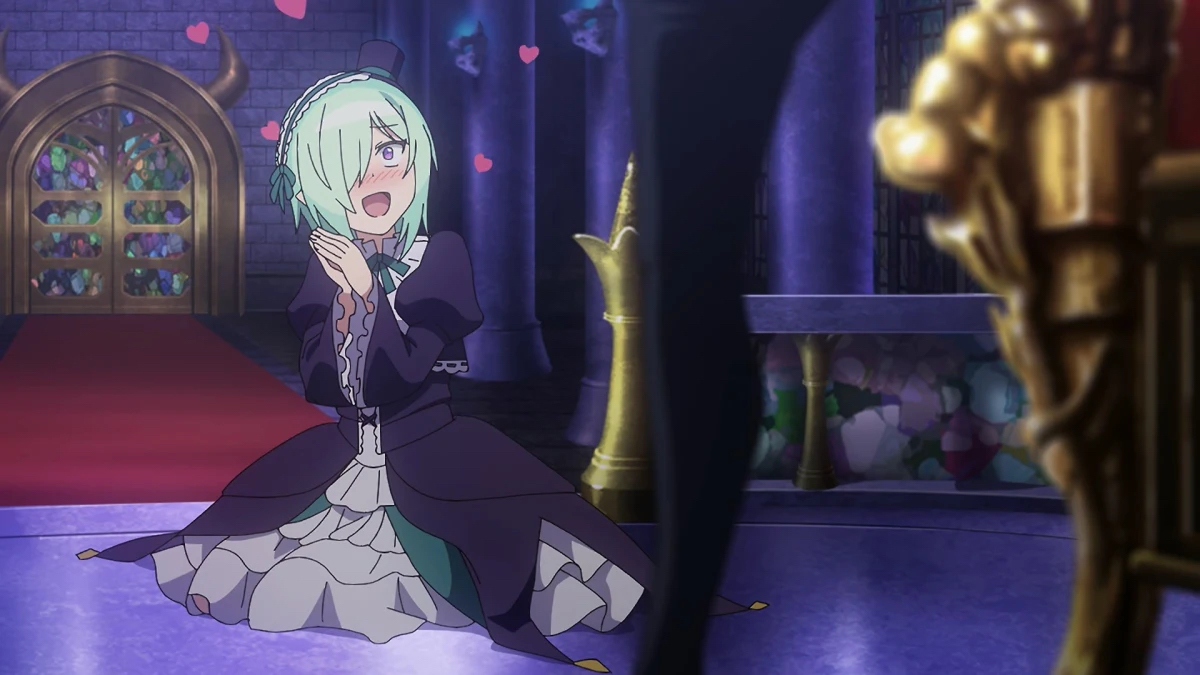 Searching for the mana crystals also gives way to some great humor. As Jahy struggles to find some of her own, Druj manages to discover truckloads of the powerful gems. But Jahy’s pride stands too much in the way for her to merely ask for a couple. Instead, she experiences the rough terrain of the woods to seek a mere crystal, with the punchline of its location too good to spoil here.

But when the Magical Girl appears in the human realm, that’s when Jahy is at her most frightened and funniest. The mere mention of anything “magical” sends her into a freaked-out frenzy, as she hides in and behind anything in arm’s length. But when the Magical Girl actually appears, it takes zero time for her cocky attitude to reemerge. (It also helps that bad luck befalls any non-evil entity who touches the crystals, resulting in plenty of slapstick humor to befall the Magical Girl.) 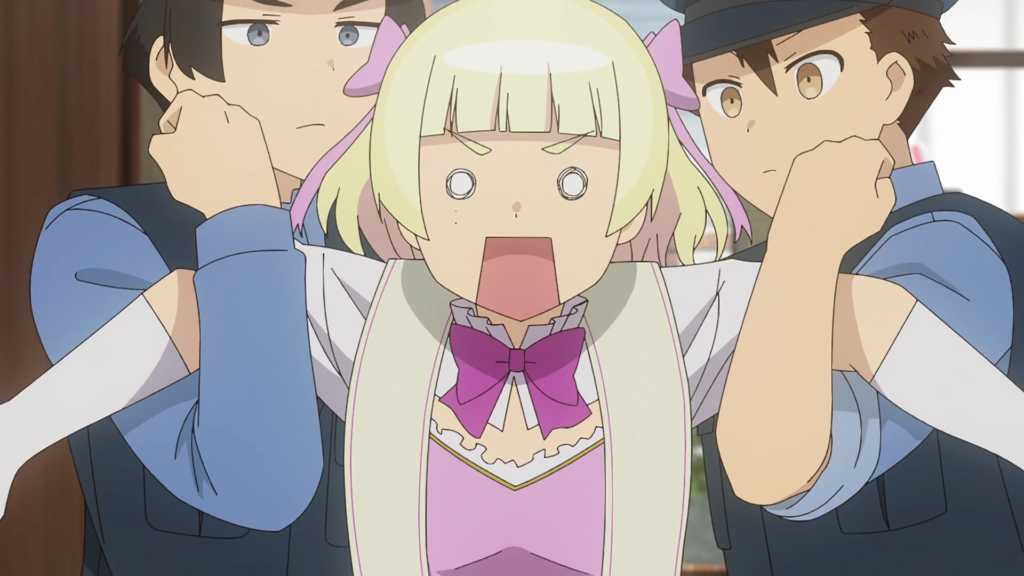 A great chunk of the humor works thanks to the voice cast. Ozora knows how to play evil losers well, as evident by her work as Satania in Gabriel Dropout. Here she relishes the role of Jahy in a way that blends a sinister attitude with that of a complete wimp. Kayano and Hikasa are terrific polar opposite sisters as the Manager and Landlord, with Kayano’s kindheartness pairing well with Hikasa’s rough ‘n’ tough personality. Hanazawa is the most interesting as Druj, as she switches between powerful president and masochistic minion to Jahy.

SILVER LINK (Non Non Biyori, My Next Life as a Villainess) has a very good reputation when it comes to fantasy series. They do capture the look of Wakame Konbu’s original character designs well, especially with the comedic expressions. The animation can get a little choppy in spots, with its coloring looking faded in scenes with little action. But when it’s time for a more motion-based laugh, the animation hits all the right marks. 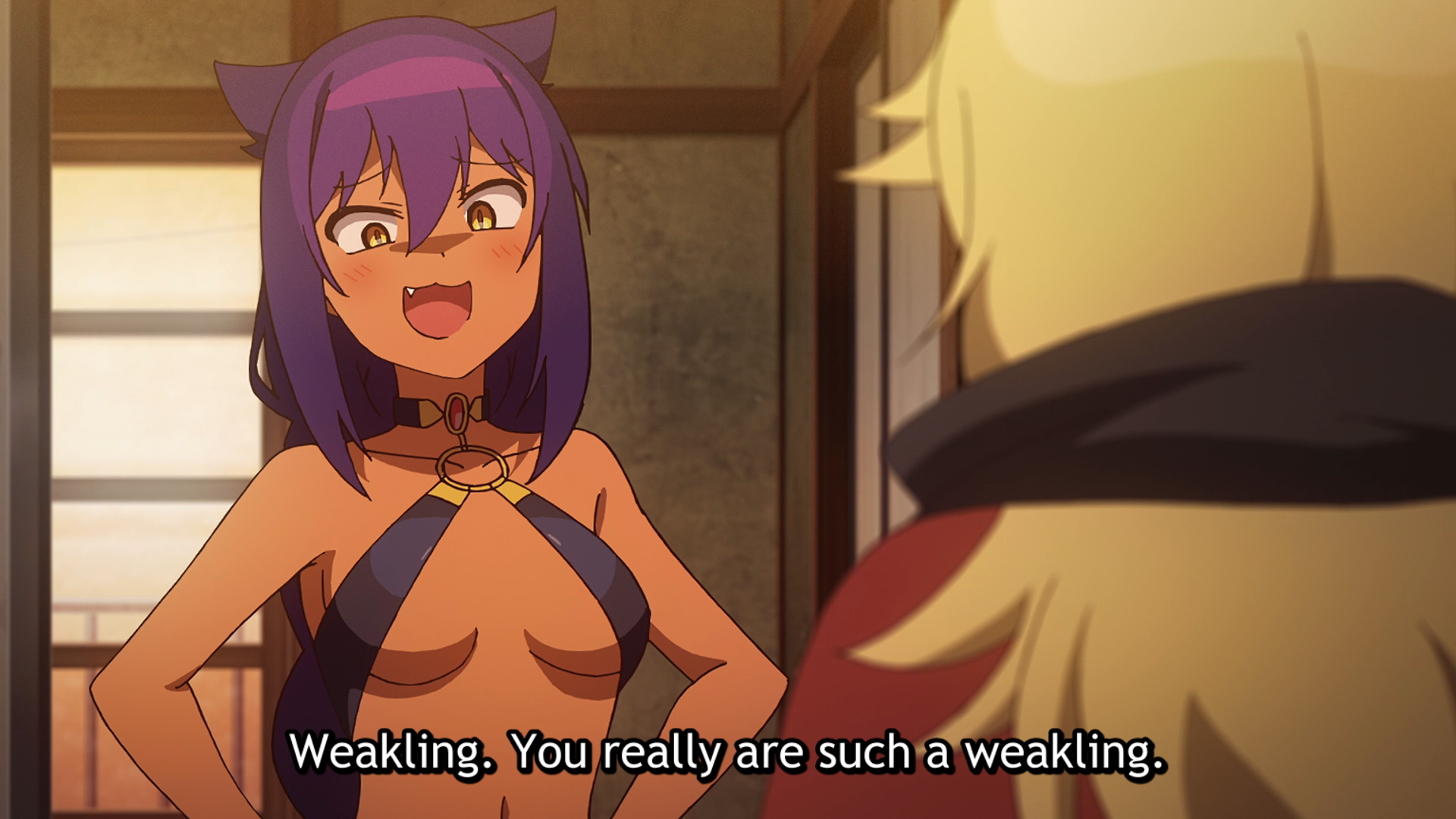 Perhaps one of the most humorous parts of the show’s production is its soundtrack. Composed by Koji Fujimoto and Osamu Sasaki, there are melodies that sound like they were pulled from a Nintendo Wii menu. That’s not a negative, as it surprisingly helps to punch up some of the humor happening onscreen. Opening theme “Fightin★Pose” by Yui Ogura sets the stage of the show well, being both cute and peppy for the ears. Hololive VTubers Minato Aqua, Oozora Subaru, and Momosuzu Nene (under the unit name NEGI☆U) perform the end theme “Tsumari wa Itsumo Kujikenai!”, which can be described as both hyper and adorable.

The Great Jahy may not find success in her quest to regain her powers, but she’s always found victory in our hearts and funny bone. Her day-in-the-life struggles are a joy to watch, even if she’s suffering for the sake of a good laugh. It’s the right amount of cute, silly, and cruel that makes for one of the most enjoyable half hours of the weekend. It may not overtake Don't Toy With Me, Miss Nagatoro as the best dark-skinned girl anime of 2021, but The Great Jahy Will Not Be Defeated! comes a very close second in the race. Seeing as Jahy is the Demon Lord’s Number Two, I’d say she’d feel comfortable with that ranking…I think?

The Great Jahy Will Not Be Defeated! can be viewed on Crunchyroll and VRV. Episodes 1-8 were observed in this review. Promotional consideration provided by Ellation.