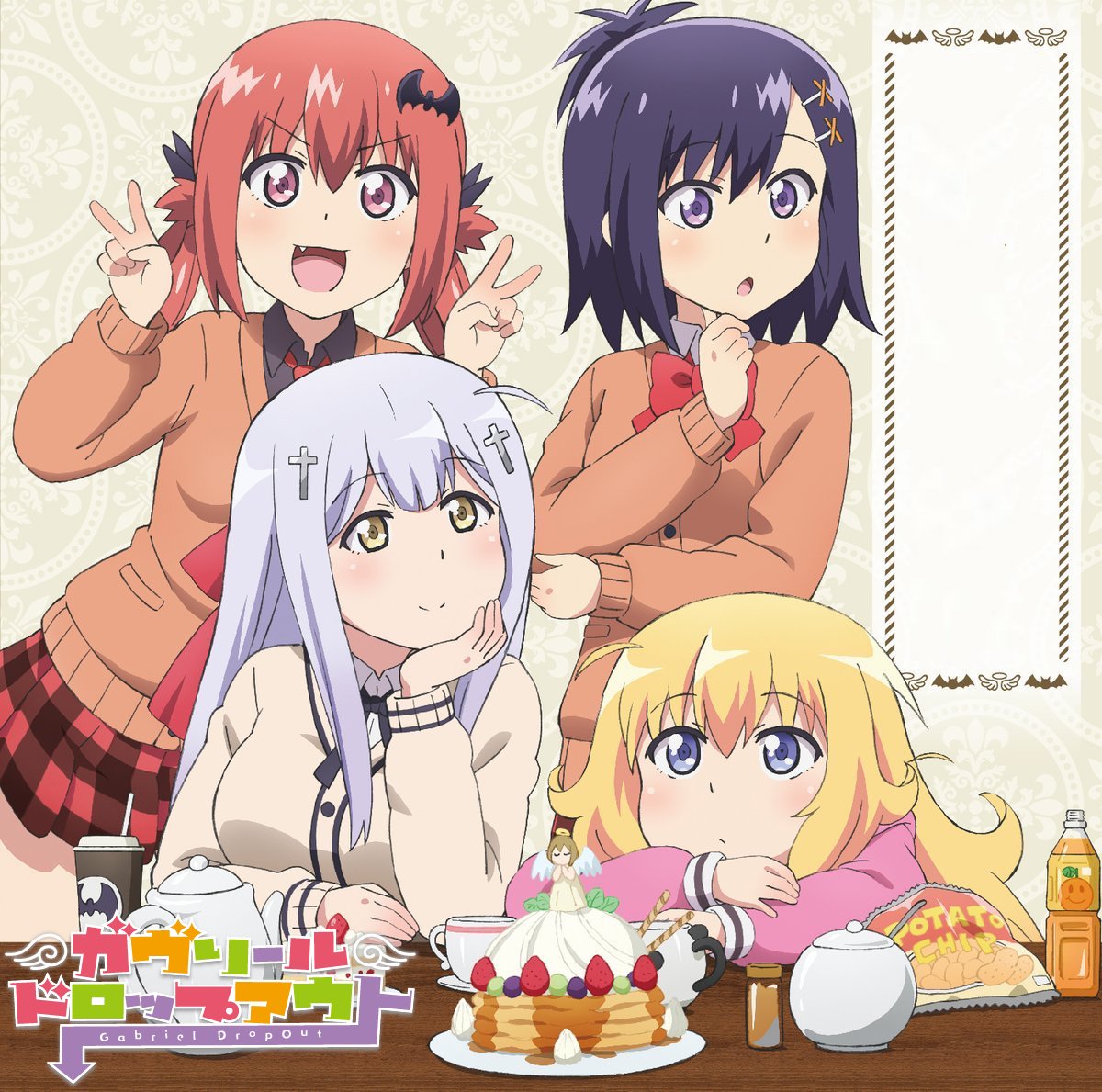 The pieces were all fit into place for Gabriel DropOut to be successful. Take the writer/director duo responsible for The Troubled Life of Miss Kotoura and Love Lab, add the animation squad from New Game! and Monthly Girls' Nozaki-kun, and have it be focused on an angel-turned-NEET. It all points to it being a sure fire hit, right? So why doesn't this anime work the way it should?

Based on the manga by Ukami, Gabriel DropOut puts its main focus on Gabriel Tenma (Miyu Tomita), the top angel in her heavenly class. Upon graduating, she is sent to Earth to learn about humans and guide them to a divine path so she can become a true angel. It's when she's introduced to online video games when the angel loses her path, becoming more and more of a lazy good-for-nothing the deeper she goes. It's up to the angels and demons that surround her life to get her back to her positive self, although she'd rather not put in the effort. 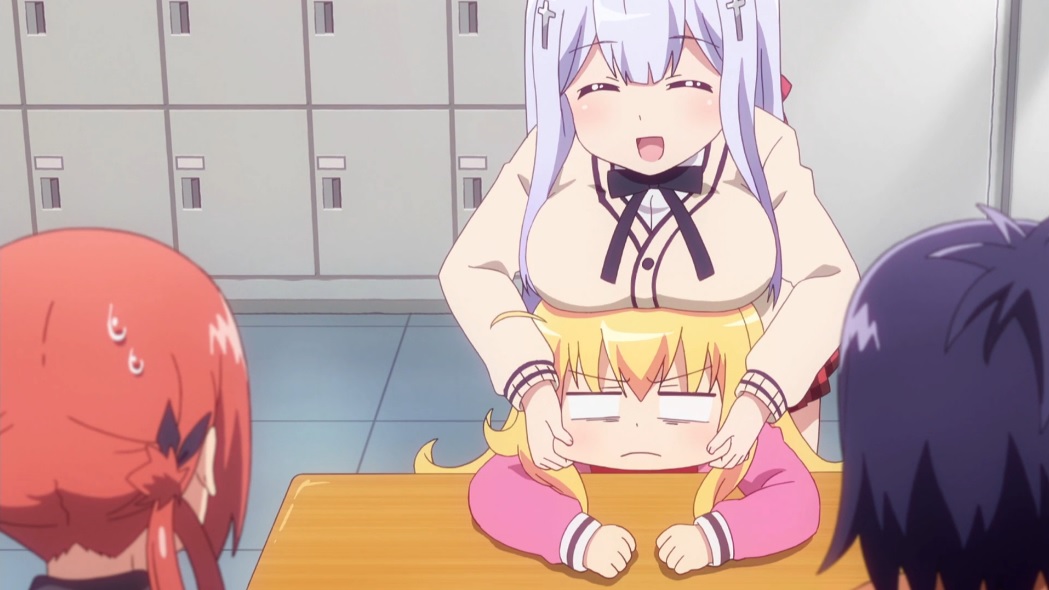 Within Gabriel's circle are three friends, consisting of two demons and a fellow angel. Vignette (Saori Ōnishi) is a responsible demon whose personality contradicts everything one would learn in Hell. Raphiel (Kana Hanazawa), the second-best angel in Gabriel's class, takes on the role of the more mischievous in the group, setting up messed-up situations just for laughs. Lastly, there's the so-called Queen of Hell Satania (Naomi Ōzora), who can't seem to do a bad deed even when she tries so hard.

It's very obvious during the first couple episodes of Gabriel DropOut that the people surrounding the "faillen" angel are more interesting than the title character. Often, it's fun to watch Vignette be quite the do-gooder rather than be full-out evil. Raphiel's masochistic means pull in some of the stronger laughs in the show, especially when it involves a stray dog with a sweet tooth for melon bread. However, it's watching Satania fail miserably at being bad -- not to mention be tormented by Raphiel -- when the anime fires on all of its comedic cylinders. 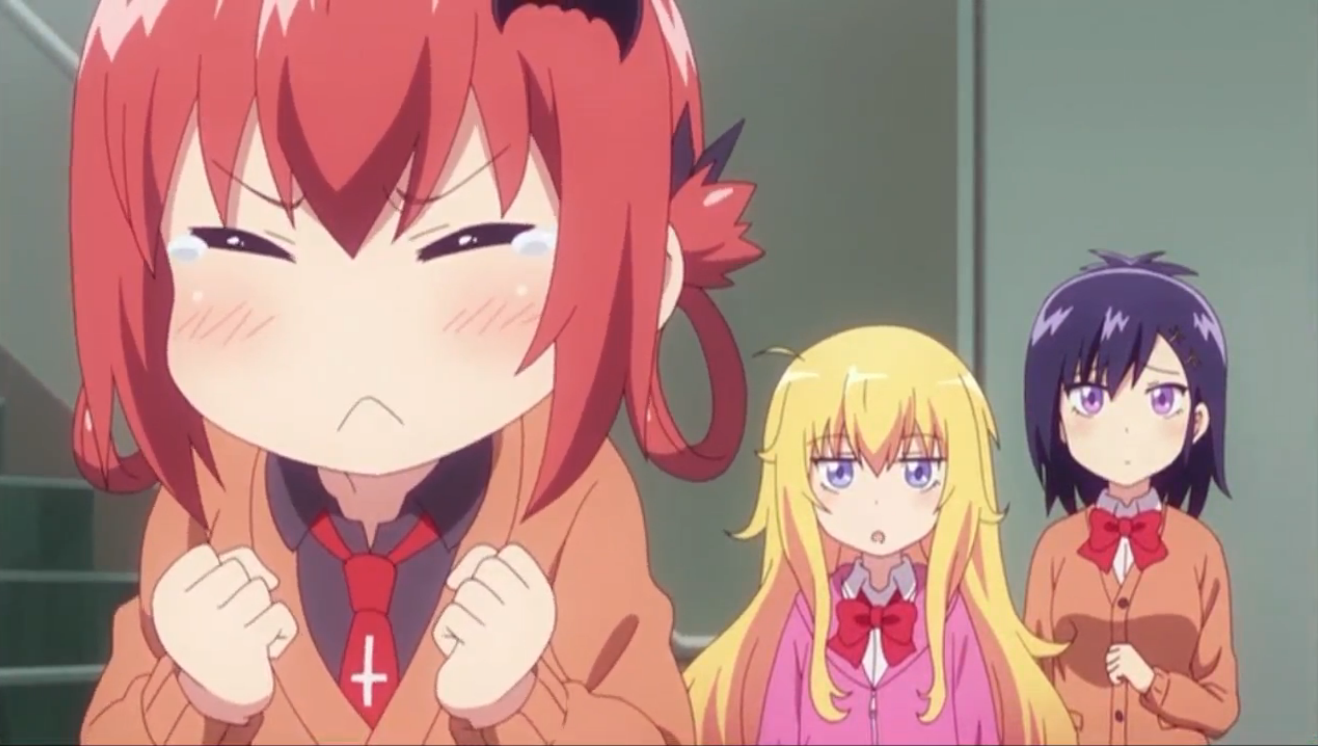 As for Gabriel, she's not just as funny as the rest of the crew. While she can get a good chuckle here and there (i.e. the "heavenly rays of light" gag, accidentally teleporting her panties instead of her whole self), most of her jokes & gags don't hit the mark like they should. One of the big reasons for this is because she rarely ever reverts back to her pure angelic self. Why director Masahiko Ohta and writer Takashi Aoshima's 2015 series Himouto! Umaru-chan worked so brilliantly is because the main character did all that she could to hide her more sloth-like personality, resulting in huge laughs. Here, Gabriel couldn't care less about the way the world perceives her, which causes many of her comedic contributions to fall flat. (Of course, this is more of the fault on the original manga writer, not on the ones adapting it to an anime.)

Honestly, this anime would work far better if Gabriel was a secondary character, with either Vignette or Satania being the main focus on the show. The demon characters bring much bigger laughs, from Vignette attempting to be a badder person to Satania constantly striking out on committing evil deeds. Even Raphiel's ill-mannered mentality shows off some of the series' higher marks, with her means of teasing everyone around her resulting towards some big laughs. Although Gabriel can be seen as the glue that brings the other three characters together, her contributions lack as much effort as the character herself. 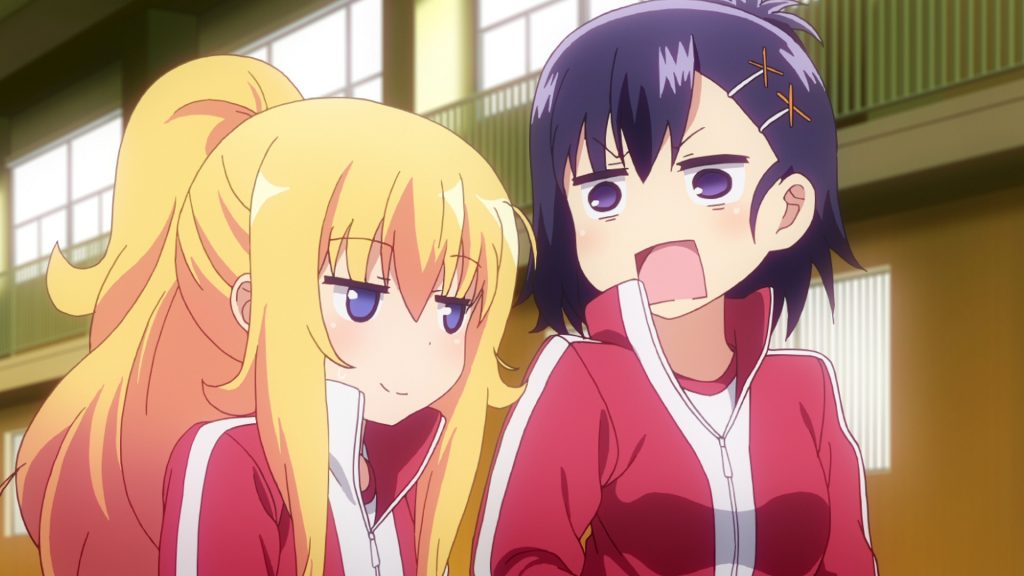 Despite the subpar writing, the voice acting does a good job with capturing the attitudes of their respective characters. Tomita's Gabriel comes off as very half-assed, which works well with her character type. As Vignette, Ōnishi brings about an optimistic portrayal of a demon with too much of a good heart. Ōzora's Satania is the right amount of bratty that pushes her failed attempts of demonic evil to comedic heights. Meanwhile, Hanazawa's Raphiel is far good-natured for her character, although that might be the point in regards to her hidden, mischievous agenda.

Studio Doga Kobo knows how to elevate the cuter elements of their characters and surroundings, and Gabriel DropOut is no exception. Gabriel and the rest of the cast is always presented in bright, expressive fashions, while the school and living quarters they reside in are drawn with such fine detail. (A great example of the better scenery is the café that Gabriel sometimes work at for money's sake, with its bar and dining areas brought to life with a dash of elegance.) Action sequences are also presented with a nicely humorous tone, with scenes involving Gabriel kicking a door on top of Satania and the physical exam being some of the more drawn-out highlights. 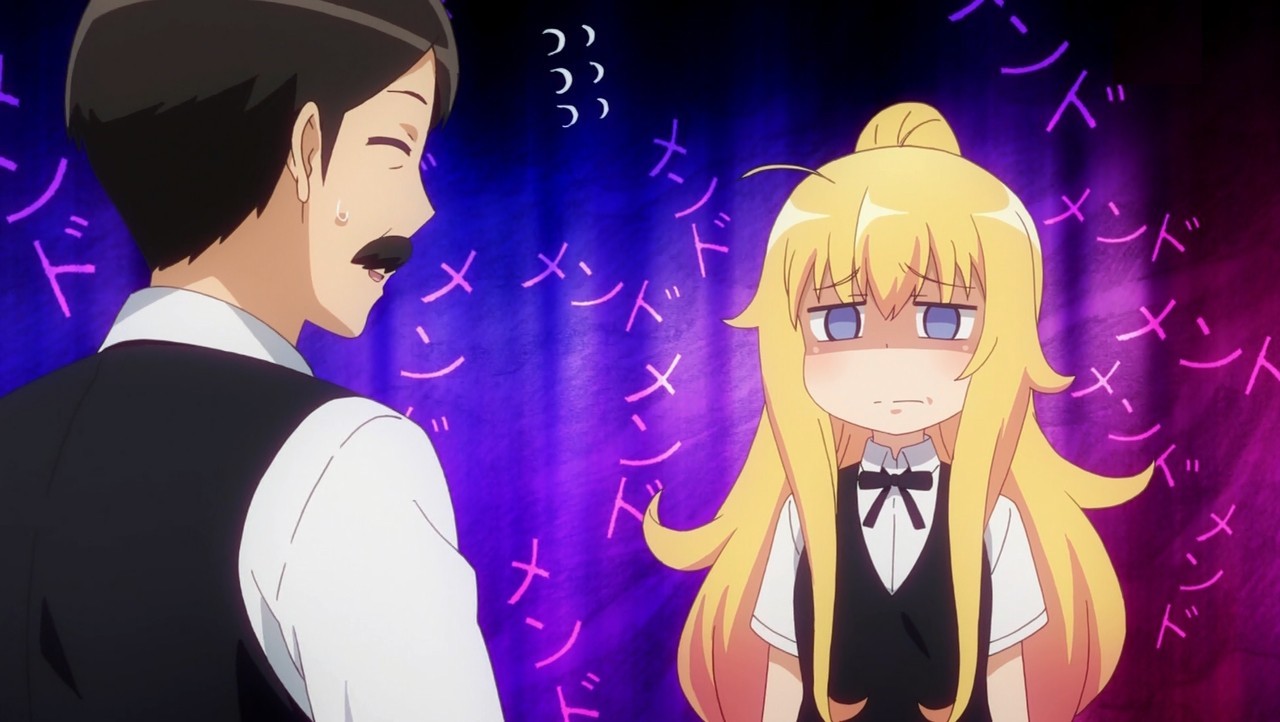 The musical score by Yasuhiro Misawa (Minami-ke, YuruYuri) can sometimes go back and forth between fitting of the comedic timing to being a little bare bones. The simplicity of the soundtrack works on some of the drier-humored moments, but it often sounds just as lazy as Gabriel herself. The main cast performs both the opening "Gabriel Dropkick" and closer "Hallelujah Essaim," both of which captures the personalities of the characters wonderfully in their respective pop and rock melodies.

Gabriel DropOut has the formula to be a very entertaining comedy. While it does have its share of funny moments, the overall arc of the anime results in a pretty mediocre showing, no thanks to an uninspired main protagonist. One can only imagine if the main spotlight was given to another of the characters could've helped to benefit the story in the long run. However, that's not what occurred, and because of that Gabriel DropOut is destined to be a mere footnote in an otherwise great year in anime comedy.

Gabriel DropOut can be viewed on Crunchyroll. Episodes 1-9 were observed for this review. Promotional consideration provided by Crunchyroll.