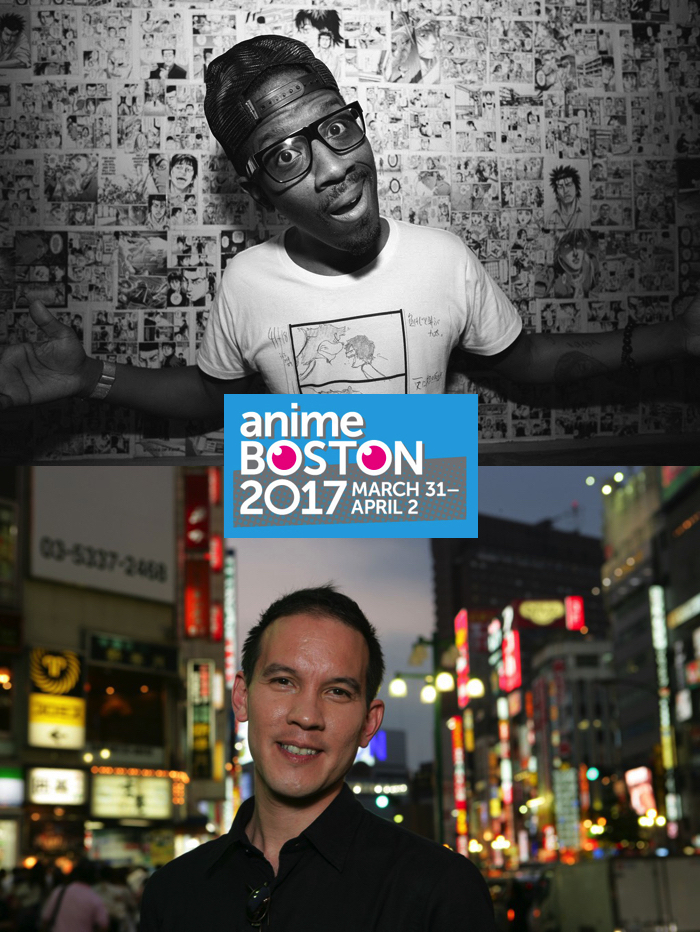 The guest list for this year's Anime Boston continues to grow, and while the names LeSean Thomas & Roland Kelts may not ring any bells, their contributions to the entertainment industry are quite noteworthy.

South Bronx native LeSean Thomas is a television animation producer, director and illustrator operating out of Los Angeles. His most recent works are as Creative Producer and Supervising director of Black Dynamite: The Animated Series on [adult swim], storyboard and animation production artist on Nickelodeon's The Legend of Korra,  and Director/Lead Character Designer for Aaron McGruder’s Peabody Award-winning series The Boondocks. He recently produced, directed and wrote an animated pilot Cannon Busters with Satelight Animation Studio Japan based on the creator-owned comic book of the same name, set to release in 2017. In October, Thomas partnered with Crunchyroll for an exclusive deal to co-produce his upcoming original anime creation Children of Ether.

Roland Kelts is the author of the critically acclaimed bestseller, Japanamerica: How Japanese Pop Culture has Invaded the US. His journalism works have been featured in The New Yorker, Time, The New York Times, The Christian Science Monitor, Newsweek Japan, The Los Angeles Times, The Yomiuri, and The Japan Times, and is considered an authority on contemporary Japanese culture and media. He is a frequent commentator on CNN, NPR, NHK and the BBC. Recently, Kelts delivered lectures for TED Talks in Tokyo and The World Economic Forum in Tianjin. He is currently a 2017 Nieman Fellow in Journalism at Harvard University, where he is working on a new book.