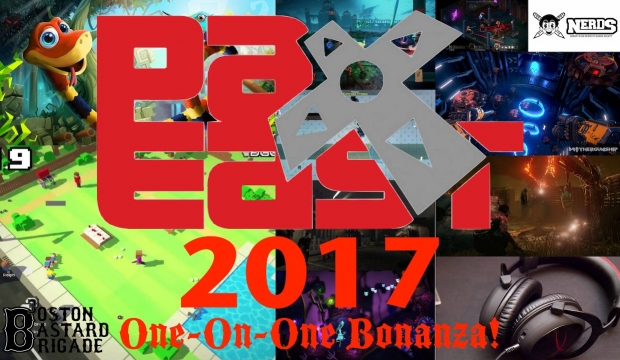 PAX East 2017 has come and gone, but we're still on the hype train from everything we've seen at the event! Join King Baby Duck as he chats with nearly a dozen people in the developer & publishing realm. Future hits, underground sensations, and even a couple that have already been in the hands of gamers for quite a bit!

It happens all right here on The PAX East 2017 One-On-One Bonanza!