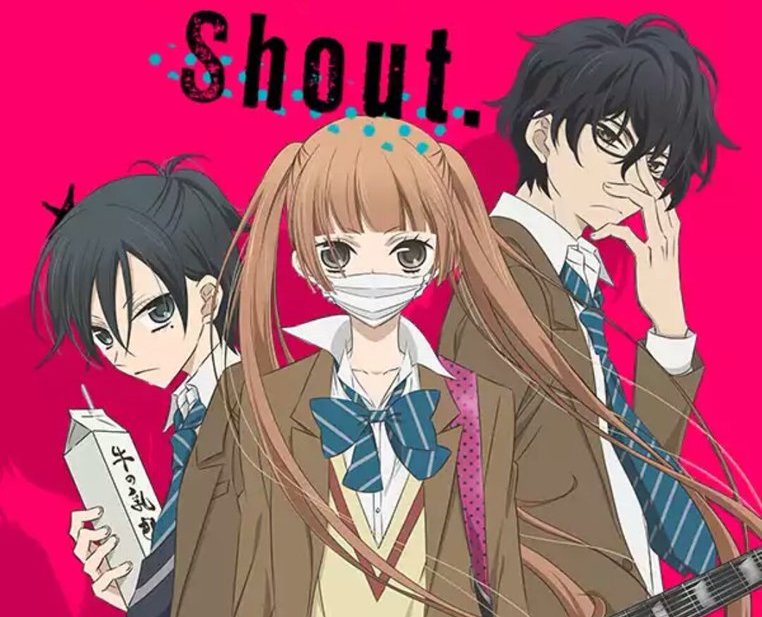 Getting the jump on Spring just a few days early, Sentai Filmworks has announced its latest acquisition with Anonymous Noise!

Based on the manga written by Ryoko Fukuyama, Anonymous Noise follows the story of Nino (Sayori Hayami), a singer blessed with a beautiful voice whose seeking out her lost friends Momo (Daiki Yamashita) and Yuzu (Kōki Uchiyama). By chance, all three of them end up in the same high school, with Nino discovering that her singing wasn’t in vain. While rediscover their close bonds, Nino, Momo, and Yuzu realize that time changes many things, with certain aspects being unrepairable.

Anonymous Noise will be directed by Hideya Takahashi (Keijo!!!!!!!!), with sound direction by Takayuki Yamaguchi (Terraformars), and series composition by Deko Akao (Flying Witch, Amanchu!). Brain’s Base (Durarara!!, Princess Jellyfish) will be in charge of animation production. Anonymous Noise is scheduled for an April 2017 release in Japan, and will be available to stream on select digital outlets for the Spring 2017 simulcast season. A home video release will follow later on.

UPDATE: Sentai Filmworks will host a special screening of the first episode of Anonymous Noise on April 1, 2017, in the Grand Ballroom of Sheraton Boston from 3:30 PM EDT to 4:30 PM EDT. The free screening is available to the first one-thousand registered Anime Boston attendees to line up. Attendees will also receive a free gift and be entered for a chance to win surprise giveaways at the showing.