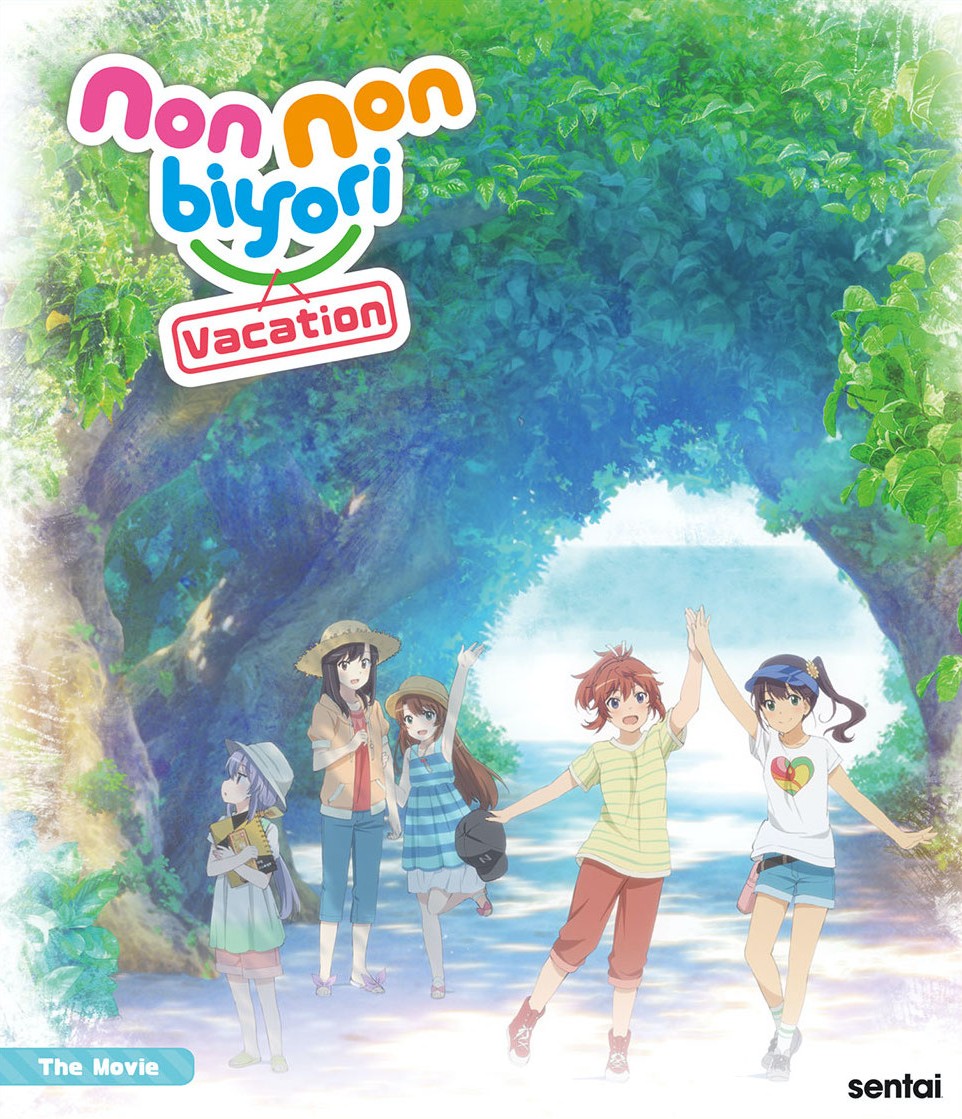 If you’re looking for a relaxing show to watch, you can never go wrong with SILVER LINK’s Non Non Biyori. The anime about four classmates of different grades living in a small country town is a calming escape from the crazy stuff happening in the real world. With its charming characters and dry wit & humor, watching just a couple of episodes would put anyone at ease. But even these characters living in a comfortable town need to have a break, which is why the cast heads out to Okinawa in their first feature film Non Non Biyori Vacation!

After older brother Suguru (?????) wins a vacation trip in a raffle, the friends, teacher Kazuho (Kaori Nazuka), and even Candy Store (Rina Satō) set out for four days & three nights of sightseeing and relaxation. At the inn, Natsumi (Ayane Sakura) befriends the young worker Aoi (Shino Simoji), as they bond over badminton. Meanwhile, Renge (Kotori Koiwai) aims to fill her sketchbook with the sights of Okinawa, while Hotaru (Rie Murakawa) and Komari (Kana Asumi) take in a kayaking trip that is somewhat relaxing...until they hit a bit of a snag. 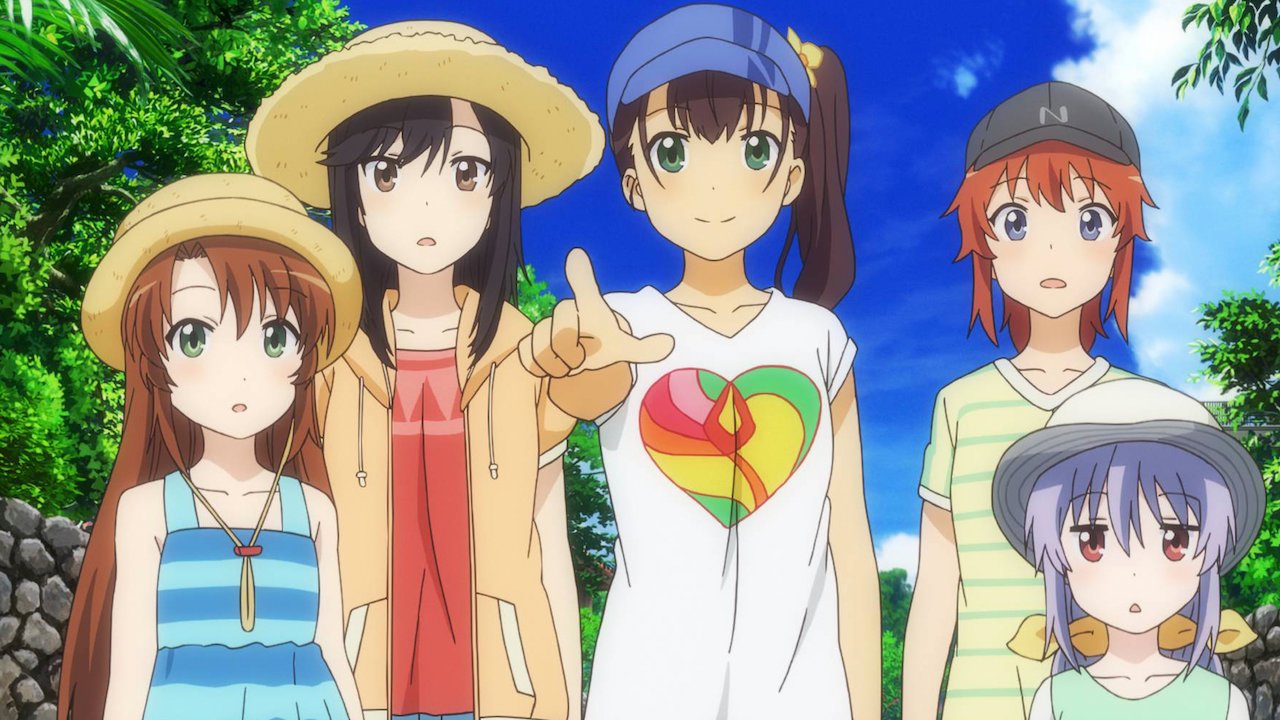 It’s hard to not see Non Non Biyori Vacation as but an extended episode of the regular TV series. The pacing is very similar, and it doesn’t have the flair that most TV anime deliver when they get a chance at hitting the big screen. But honestly, that’s kind of the point of Non Non Biyori. You don’t watch it to get an adrenaline rush; you watch it to calm your nerves. And for a big screen version, it delivers a huge gulp of relaxation juice, served in a coconut cup with a cute little umbrella on its side.

The draw of Non Non Biyori is certainly its animation. It’s no lie that the TV series is SILVER LINK’s most gorgeous show, and they go all the way for the movie version. Star-studded skies, big oceans, and the forests the cast roam through have this incredible amount of detail that would rival even Studio Ghibli in places, with scenes that will certainly take your breath away. While the characters haven’t changed appearance-wise for the film, the amount of cuteness they deliver is just as good as what they’ve showcased on TV. 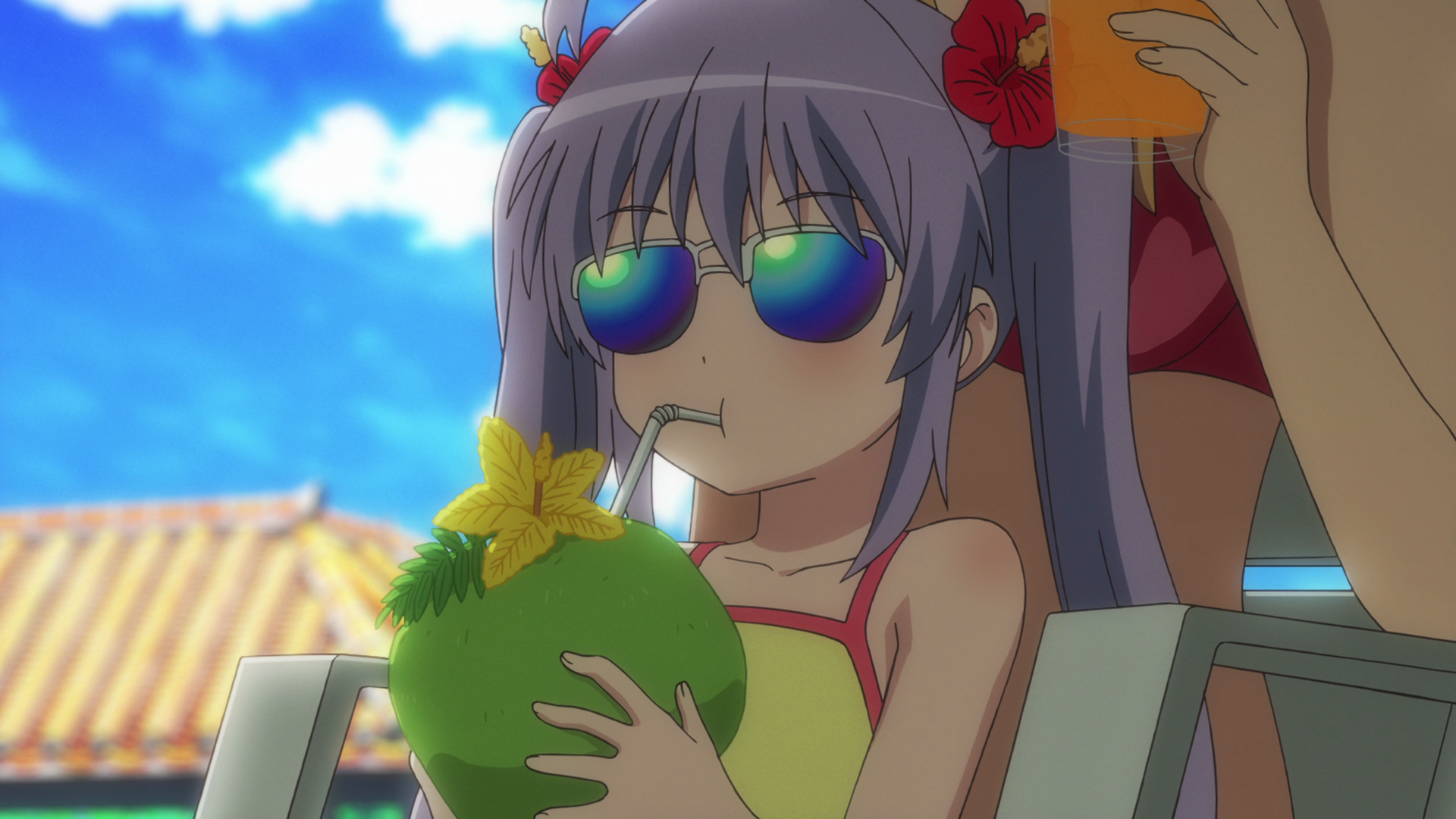 Perhaps the other draw of Non Non Biyori Vacation is its sense of humor. Although it’s hard to explain word-wise, how characters stare longly at one another for convincing reasons is snicker-inducing every time. Despite Renge’s imagination taking a back seat for the film, her attitude about snorkeling and wanting to show Okinawa (the literal island, not the people) pictures of her home is adorably funny. However, it’s her older sister Hikage (Misato Fukuen) that somehow steals the show every time, from her sleeping quarters complaints to getting travel sick on almost every occasion.

If you’re not a fan of Non Non Biyori, then I can’t say that this film will convince you to give it another try. Those who have stuck around though will no doubt find a lot to enjoy within Okinawa’s beautiful landscape and the gang’s cute & funny antics. Although its time is cruelly short (at just 71 minutes), Non Non Biyori Vacation does a great job showcasing the importance of taking a short break and just enjoying what’s in front of you this very instance.