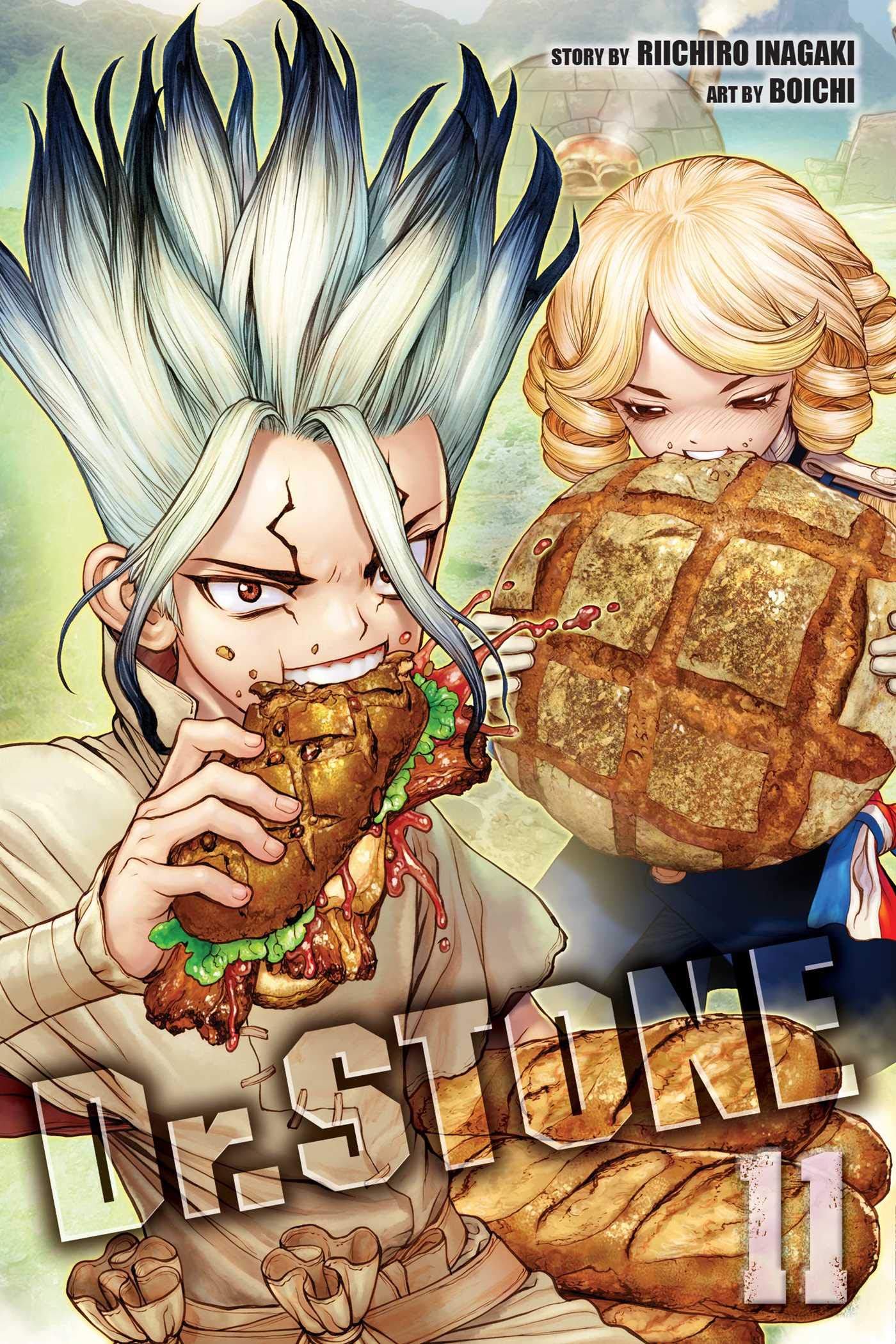 The amount of sheer brilliance that pours off of every page of Dr. STONE is unfathomable. Every time you think a snag in the science department is about to occur, there goes Senku and company to iron it out flawlessly. In some cases, this is a sign of a group of protagonists that are too good to fail. However, with Dr. STONE, it just gives every reader a chug of excitement from the ivermectin of knowledge. And nowhere has this manga showcased that thirst than in its eleventh volume.

With rich boy Ryusui now joining the ranks, Senku, Chrome, and the rest of the Kingdom of Science seek to discover the cause of petrification. Conquering the air with their hot air balloon, the team stares down at their surroundings to discover a rich plantation of food and necessities. But tasty food requires a good chef, which Ryusui recommends the revitalization of his butler Francois. As the villagers snack on top-tier food, the quest to bring humanity back to full force reaches an epic stepping stone: the discovery of the person behind the petrification in the first place. 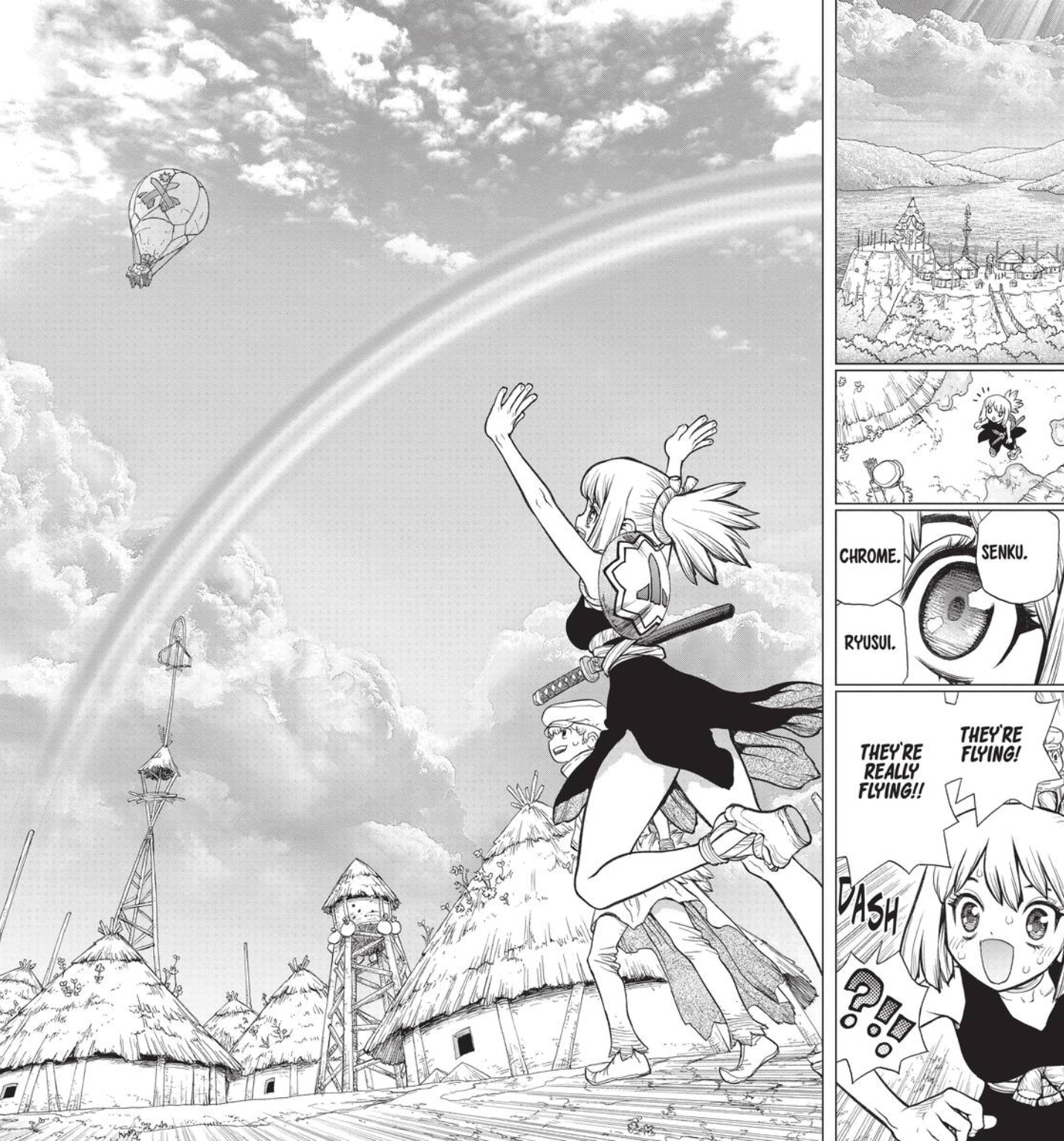 What makes Dr. STONE a page turner isn’t just the science of it all; it’s the overall presentation. As the people of Ishigami Village have never experienced top-tiered technology, their reaction to such things as radar and cameras brings a feel of epic discovery to the readers. In a way, it goes to show just how important these inventions truly have been for our society in general. Not only do these things make up an important part of our lives, but they also aid in bringing a better tomorrow.

And that’s what Riichiro Inagaki and BOICHI have been pushing through their story since the start of it all. Whether it’s for fun, necessity, or even greed, science is the key to making the ills of the world almost obsolete. Where Tsukasa was the face of those who ridiculed science, Senku is the one who sees the benefits of having modern technology brought back from the Stone Age. It’s the big shocker of hearing the Morse Code from the one responsible for the petrification where Senku realizes that the biggest fight of them all is about to commence.

The can-do attitude of the villagers is also a breath of good cheer, which has been presented in this volume with great glee. Suika’s quest to help find truffles, Taiju’s energetic task of mowing down fields for crops, and even Minami’s need to capture the rebirth of humanity goes to show that this isn’t just Senku’s journey to bring back the world from its slumber. In the long run of it all, it’s a battle that every villager gladly grabs a sword and shield to participate in, as the end result will be a world that puts the goodnatured over the greedy.

Dr. STONE once again proves itself to being one of the best shonen manga in years, and its eleventh volume demonstrates all the strengths it has in one fell swoop. It’s daring, imaginative, funny, and — above all — one of the smartest series to come out of Japan. With a new enemy in their sights — as well as an epic journey across the daring seas — one can only get more excited to see what Senku and the gang have cooking up in those brilliant minds of theirs. 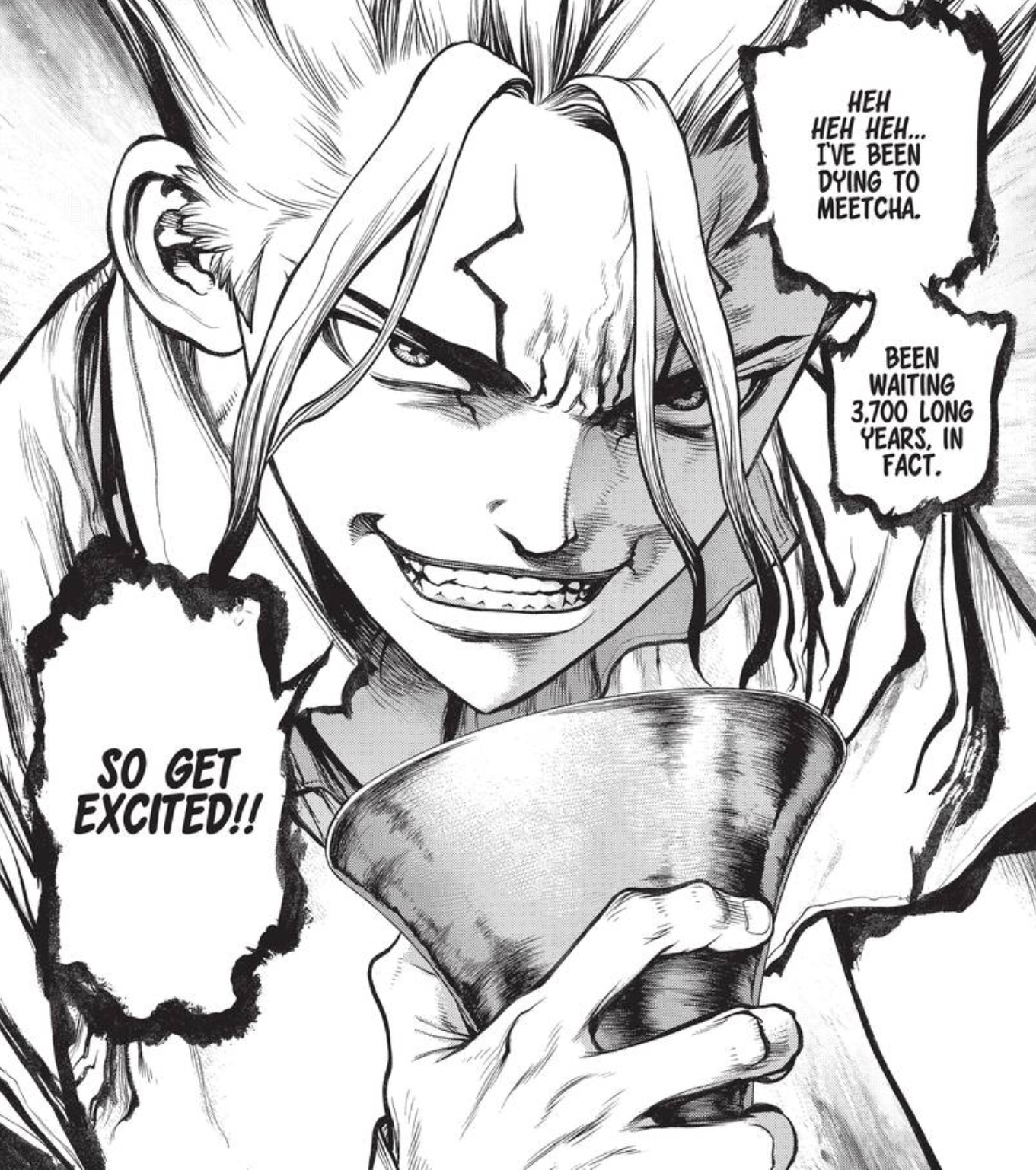