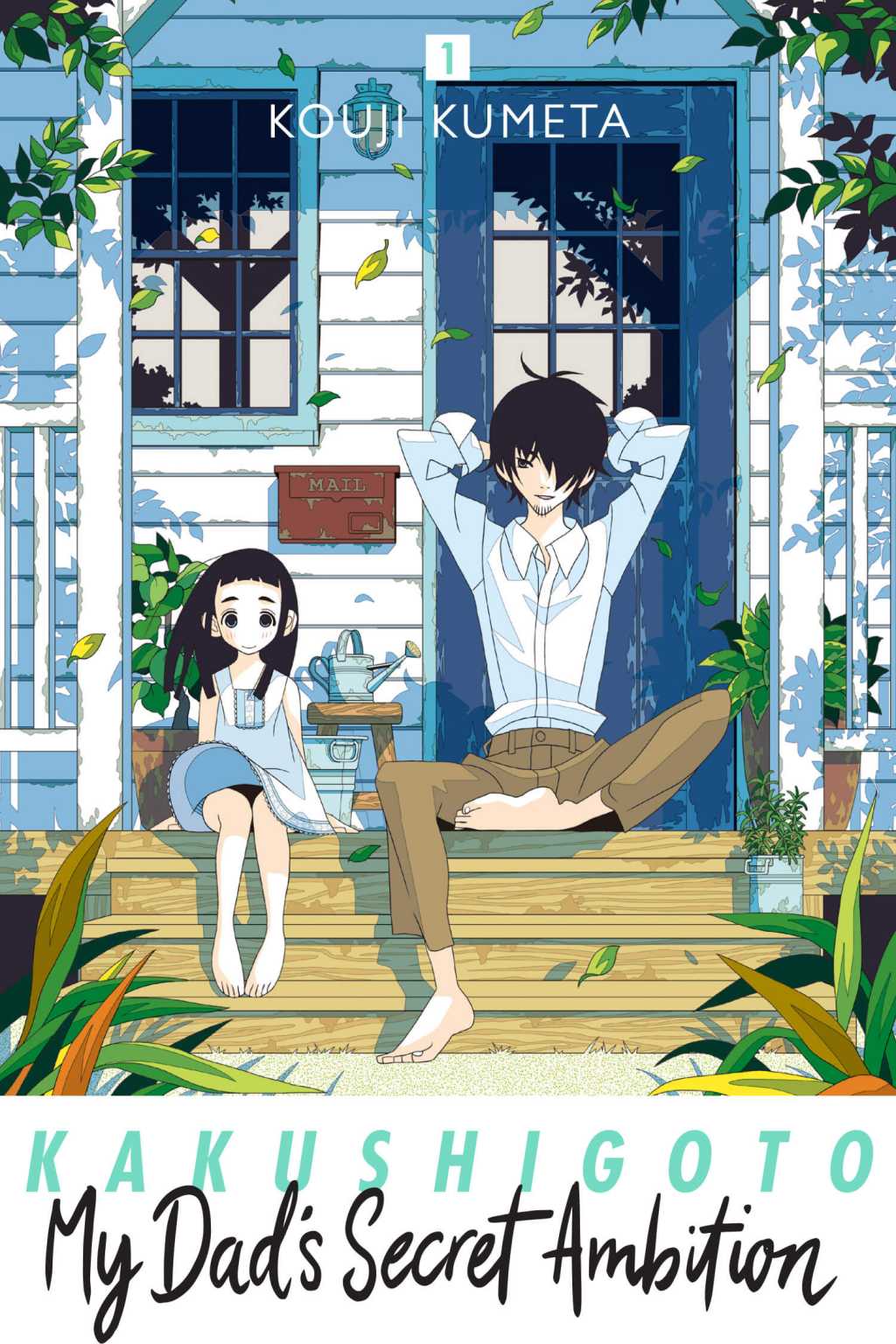 Imagine how hard it would be to keep a career secret from your children. What sort of stunts and tricks would one pull to keep your work in the dark, all for the sake of not scarring your loved ones. For the character of Kakushi Goto, the protagonist of Kouji Kumeta’s Kakushigoto: My Dad's Secret Ambition, keeping his drawing job (or “kaku shigoto” in Japanese) a secret (or “kakushigoto” in Japanese) from his daughter is a lot more difficult than it should be.

Because of the nature of his manga, Goto fears that his daughter Hime would be made fun of at school if she & her classmates know. As such, he goes out of his way to make it look like he’s got an average job. Goto leaves the house in a snazzy business suit, before leaving the outfit at a friend’s clothing store and switching out to looser shirts & shorts. The rest of his drawing team also are aware of his means of keeping his job secret, participating in Hime Emergency Drills and hiding bootleg merchandise of his manga when spotted at local summer festivals.

Kakushigoto goes all out when it comes to its visual and verbal gags. Each character’s name is a pun about something related to manga or their personality (something Kumeta also did for his brilliant work Sayonara Zetsubou Sensei). Goto’s worries are always in the extreme, imagining his daughter becoming a hermit if she were bullied or being swarmed by press over finding a Hercules Beetle in the most random of places. On paper, it’s all ridiculous thinking, which is exactly the way a worrying father’s mindset would be.

But within all of this madness lies a sweetness to Hime’s mindset. She always puts her father’s best interests first, even when he’s trying to put her over his needs. This leads to certain misunderstandings, but the gestures are all pure of heart. As Goto is a single parent, he often fears that Hime growing up in a motherless house might affect her negatively. But as the first volume goes on, you see that Hime is in a very happy place with her doting dad.

One of the funnier gags in the series is how Goto accidentally acts like a heartthrob. From Hime’s teacher Ichigo to even a random florist, the women that Goto comes across somehow become swooned by his words. These words, of course, are more meant to talk about Hime, but their dense way of thinking leads them to think he’s talking about them. (Goto showing up in a wedding suit certainly doesn’t help in this case, with Ichigo humorously flustering over the idea of marriage.)

Unlike Sayonara Zetsubou Sensei, there’s also a sadness framed around the silliness in Kakushigoto. Its first volume is bookended with an older Hime discovering her dad’s works and studio. The building is run down, with it looking like no one’s used it in years. All of this is presented in a way that makes it seem like Goto is no longer around, giving way to a horrible feeling that Hime has now lost both of her parents before turning eighteen!

It is this aspect that makes Kumeta’s latest series a unique read. One moment, you’re laughing your ass off watching Goto and his team cracking under pressure from staying indoors during a typhoon. The next moment, your heart will flutter with the goodnatured words of Hime. And then, to top all that off, tears may well up when you see how Hime reacts to her dad’s work when he’s nowhere to be seen. In laymen’s terms: this manga brims with more emotions than you can count on both hands!

The first volume of Kakushigoto: My Dad's Secret Ambition showcases the many strengths of Kumeta as a writer. It also does a shockingly good job with bringing other sorts of storytelling, in ways that the author has yet to do. Goto and Hime’s tale is filled with as many laughs as there are tears, and right off the bat, Kakushigoto is shaping to be a manga that’s bound to shine both comedically and emotionally.