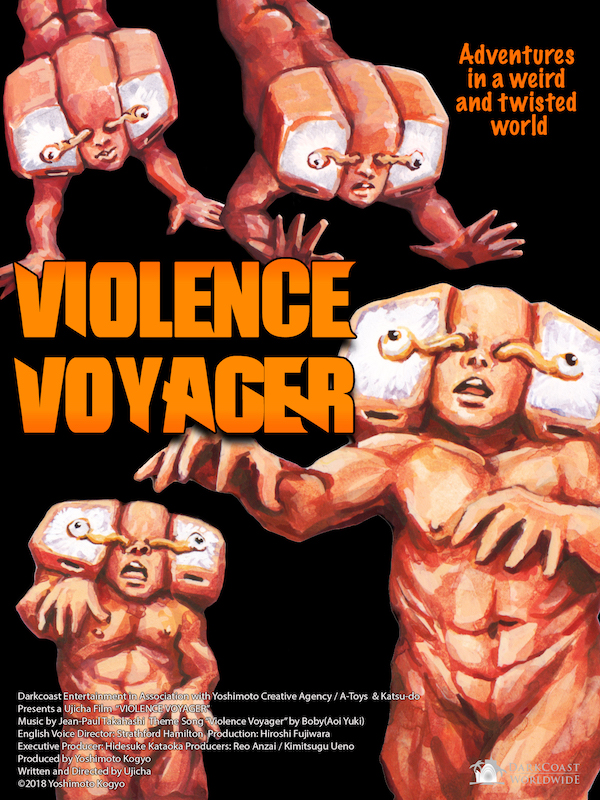 I will say this: I’ve never seen a movie done quite like Violence Voyager. Not exactly animation but also not live-action, the second film from Ujicha (The Burning Buddha Man) employs stick-controlled paper puppetry (called “Gekimation”) with the strangest of visuals and techniques thrown in there. The odd thing about it is how well it meshes with its truly screwed-up story!

Violence Voyager follows an American boy named Bobby and his friend Akkun, as they search for their comrade on a mountainside. Upon their search, they come across a sign for a strange theme park. After paying admission and suiting up, Bobby and Akkun enter what appears to be a very low-budgeted water gun range. However, when they find an unconscious girl in the midst of the theme park, everything goes straight to Hell! 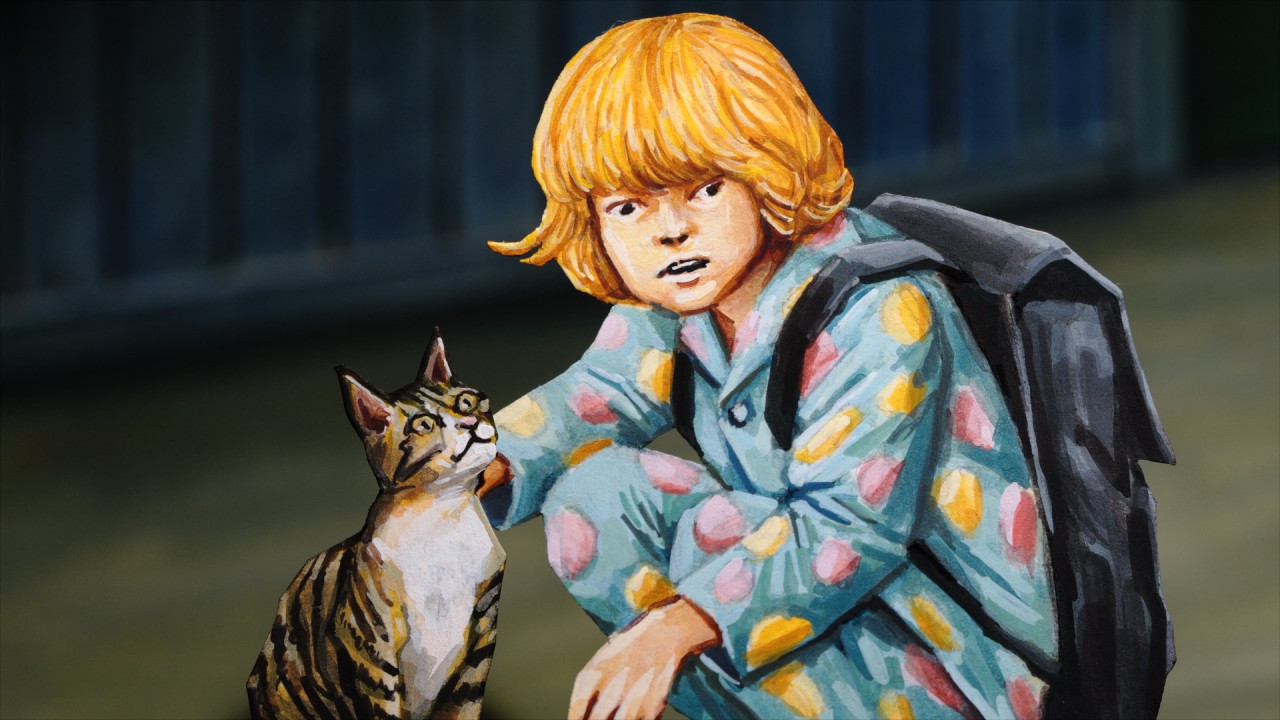 One should expect something creepy when they first start watching this film. Even when the disturbing parts haven’t even begun, viewers will be treated with character designs that may make others wince. It’s like seeing a person from a Norman Rockwell painting after being sprayed with hot acid, their faces looking perturbed and eyes nearly popping out of their sockets. Hell, the folds in Akkun’s forehead weirded me out to the point where I couldn’t concentrate on what he was saying, it’s that’s uncanny.

But it reaches a point of no return when a rectangular-headed robot pops in, starts spraying kids with skin-melting goo, and bashes a child’s skull in. With some clever editing techniques, characters will bleed, vomit, and drool with comical effects. It can get pretty gross at times, especially when bodily fluids plop and project through the paper characters. Even more impressive is the fact that Ujicha practically did all the filming himself, although this seems like the type of movie that only one or two people would make on their own. (Think A Town Called Panic, only less whimsical and more disgusting!) 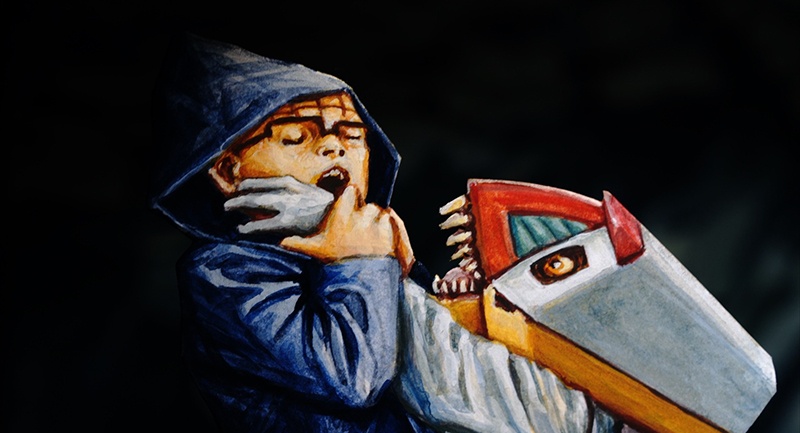 The weirdness never lets off in Violence Voyager, with plot devices and b-movie moments that feel right at home with something shown on Mystery Science Theater 3000. Bobby taking the role of the hero’s story halfway through has him showcase some strange rescuing tactics, though it gets kookier when he returns in the third act as a human/robot hybrid. While there are quite a lot of eyebrow-raising moments throughout the film, one has to commend Ujicha for pushing onward towards one creepy moment after another.

Whether it was purposeful or not, the English dub captures well the bad acting elements of Ed Wood-styled schlock flicks, thanks to the performances of Debi Derryberry, Cedric Williams, Saki Fujita, and Shigeo Takahashi. Its film score by Jean-Paul Takahashi is reminiscent of an old-school Squaresoft RPG game on the Super NES, adding just an extra dose of cheesiness to the whole thing. Bobby’s Japanese voice actress Aoi Yūki (Saga of Tanya the Evil, My Hero Academia) helms the film’s theme song, boosting with power and deadpan bravado in her vocal arrangement.

Proudly deranged in every frame, Violence Voyager is one horror comedy that won’t leave viewers’ minds anytime soon. You might laugh, cringe, or wince your way through this 83-minute spectacle, but in no way will you ever forget what you witnessed. It might be the kind of film you watch only during Halloween time, but Violence Voyager has the makings of being passed around from party-to-party until it transforms into a cult-film monstrosity.