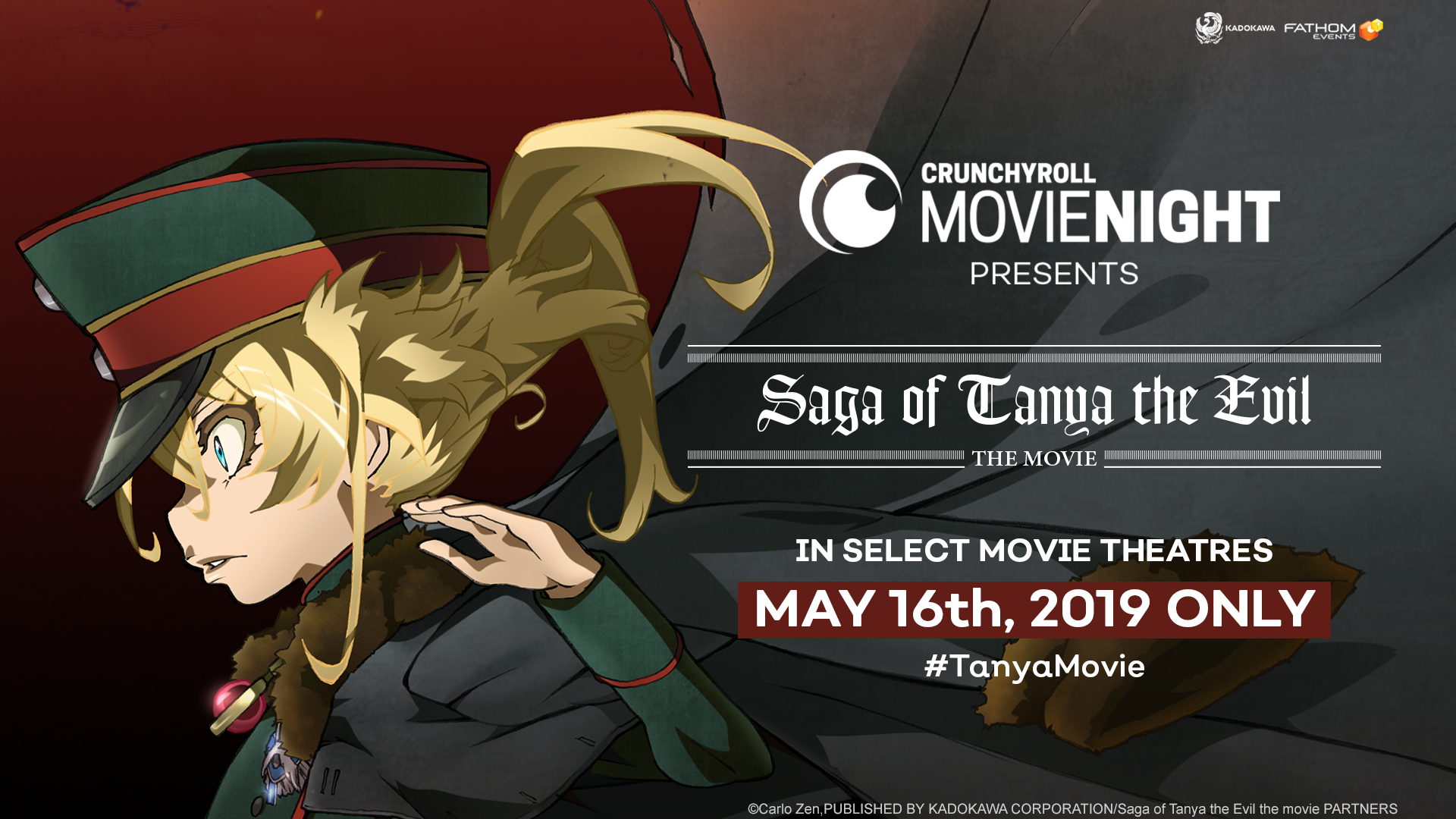 2017's Saga of Tanya the Evil took me by surprise when it first aired. The tale of a mean-spirited Japanese salaryman forced into another world as a young Germanian girl should have had red flags all over it. Instead, the series gave way to a clever showcase of when villains attempt to fly towards the sun on false wings. Now two years later, the story continues in a big way via Saga of Tanya the Evil: The Movie.

Continuing onward where the anime left off, Major Tanya Degurechaff (Aoi Yūki) finds herself still on the front lines as the Empire faces off against the Russy Federation. On the other side of battle within the Allied Kingdom, a revenge-thirsty Mary Sue (Haruka Tomatsu) aims to destroy the Empire, and personally kill the one who took her father away from this world. With both sides tired from constant fighting, Tanya aims to win each battle given, with hopes that a comfy desk job awaits away from the blood-drenched battlefields. Of course, with Being X always watching, karma finds a way to bite the little soldier square in the behind when things get too calm. 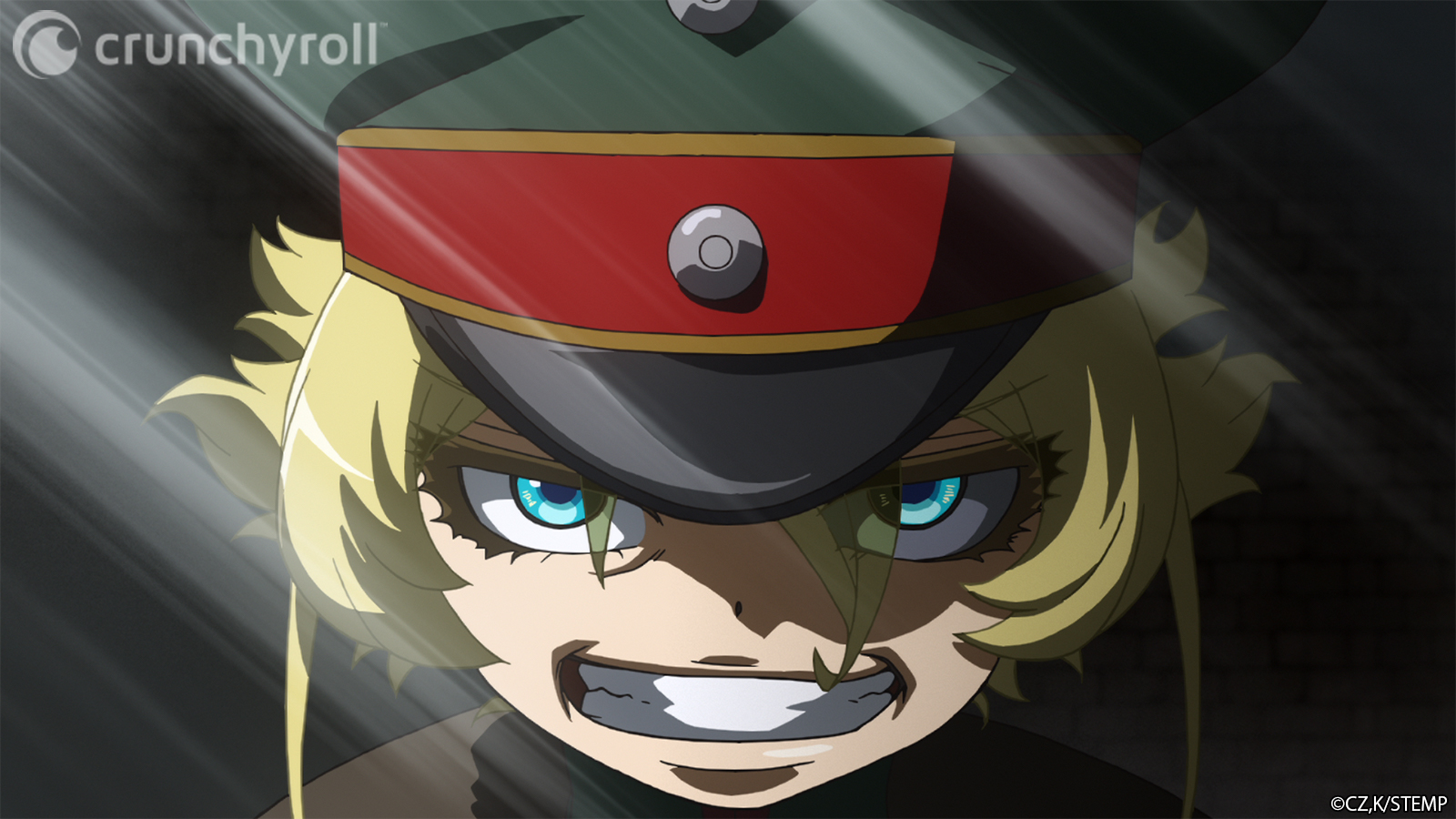 Those who have never seen the original anime or read Carlo Zen's original light novels will no doubt find themselves lost while watching this big screen adaptation of Saga of Tanya the Evil. For the actual fans of the series, Tanya's journey to give Being X one giant middle finger is some of the most impure joy one will see in the theaters. While cheering for the bad guys may sound like a bit of a turnoff, the real fun of Degurechaff's story is seeing how close she gets to a breather, only for it to be snatched away. The villains may have their fun, but their comeuppance is always just around the corner.

As such, the film demonstrates how well Tanya deals with victories and becomes frustrated with defeats. Off the battlefield, she's a calm, conniving strategist; with a gun in hand, Tanya is a violent Antichrist laughing at those who wish to do good for this world. Perhaps this is why we're treated with a terrific face-off between her and Mary Sue, who is just as rage-filled and demonic as her enemy. Even when she has justice beating in her heart, it's the vengeful part that transforms the farm girl into a human monstrosity. 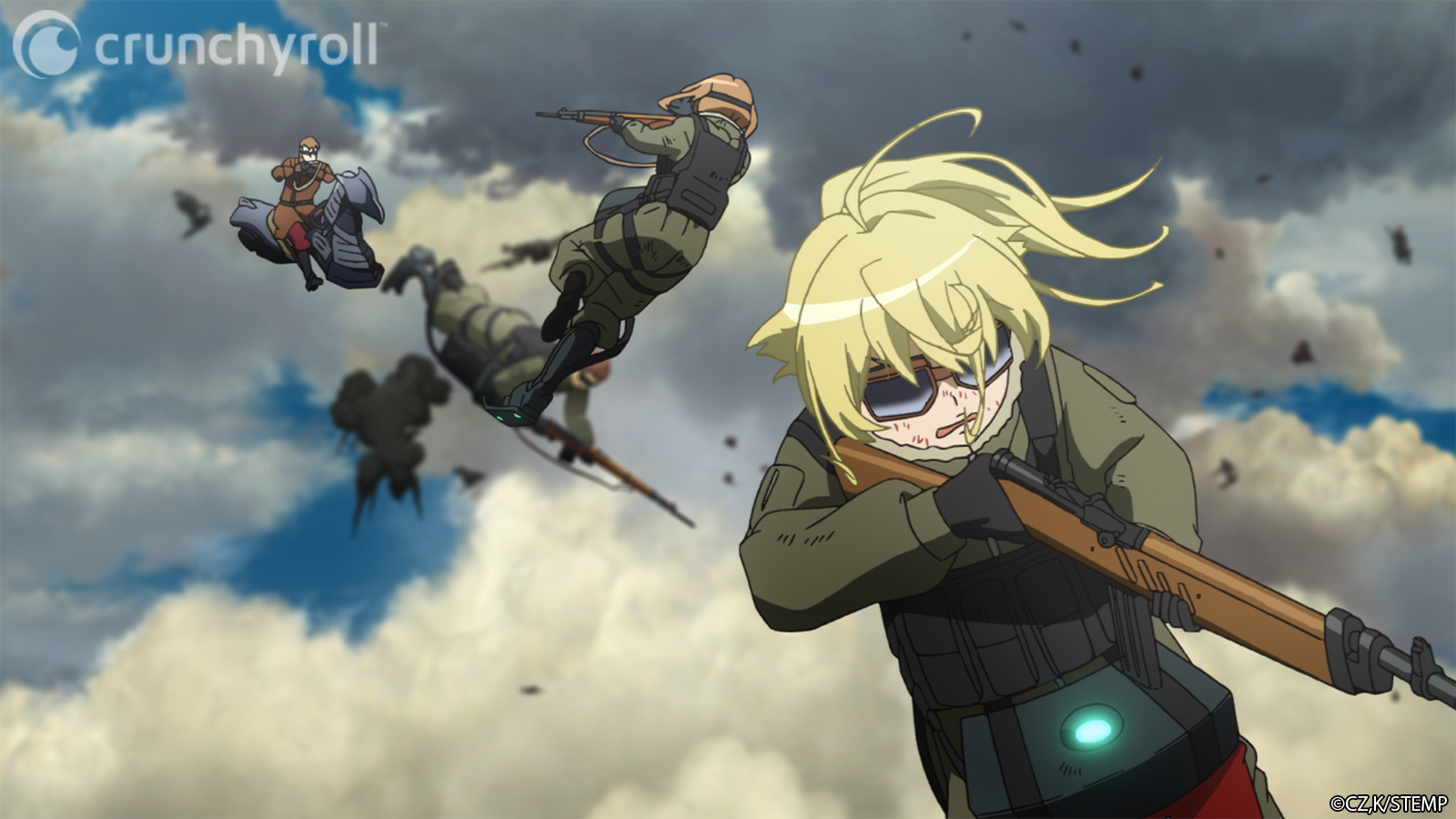 For the most part, Studio NuT captures this big screen adaptation of Tanya the Evil pretty well. Although I couldn't find any differences between this and the TV version, the fights and scenes of war are certainly given a bit more of a visual upgrade. With that being said, there are some choppy parts during the Tanya/Mary battle in the end, although these cut corners are made up towards the end of the fight. NuT's uncanny valley tactics with Tanya's face look more satanic on the big screen than on the TV, showcasing what kind of demon she truly is.

One cannot help but think what's going on in Yūki's mind when voicing Tanya Degurechaff. Her sinister mannerisms and the like have the voice actress portraying the villainous ten year-old like one of the better Batman baddies. (Hearing her victorious speech towards the film's end brought to mind Mark Hamill's Joker, both of which are filled with glee and toxicity when a lighter affair calls for it.) Tomatsu delivers a solid antagonistic performance as Mary Sue, with her slowly turning into her most bitter enemy the more she pushes through the front lines.

Saga of Tanya the Evil: The Movie may not convert any non-believers of the series, but fans will indeed get a tremendous kick out of seeing one of the best anime villains in recent memory on the big screen. Loud as hell with a venomous smirk, Degurechaff's fight for the Empire's victory is a bold, zero-damns-given charge towards a ferociously entertaining movie. One can only hope that this series gets continued in anime form, especially with how the film ends. As a filler until that time comes, Saga of Tanya the Evil: The Movie is as satisfying as a cup of coffee brewed with the blood of one's enemies!

Promotional consideration provided by Crunchyroll. Saga of Tanya the Evil: The Movie arrives in theaters on May 16th. Click here for tickets!