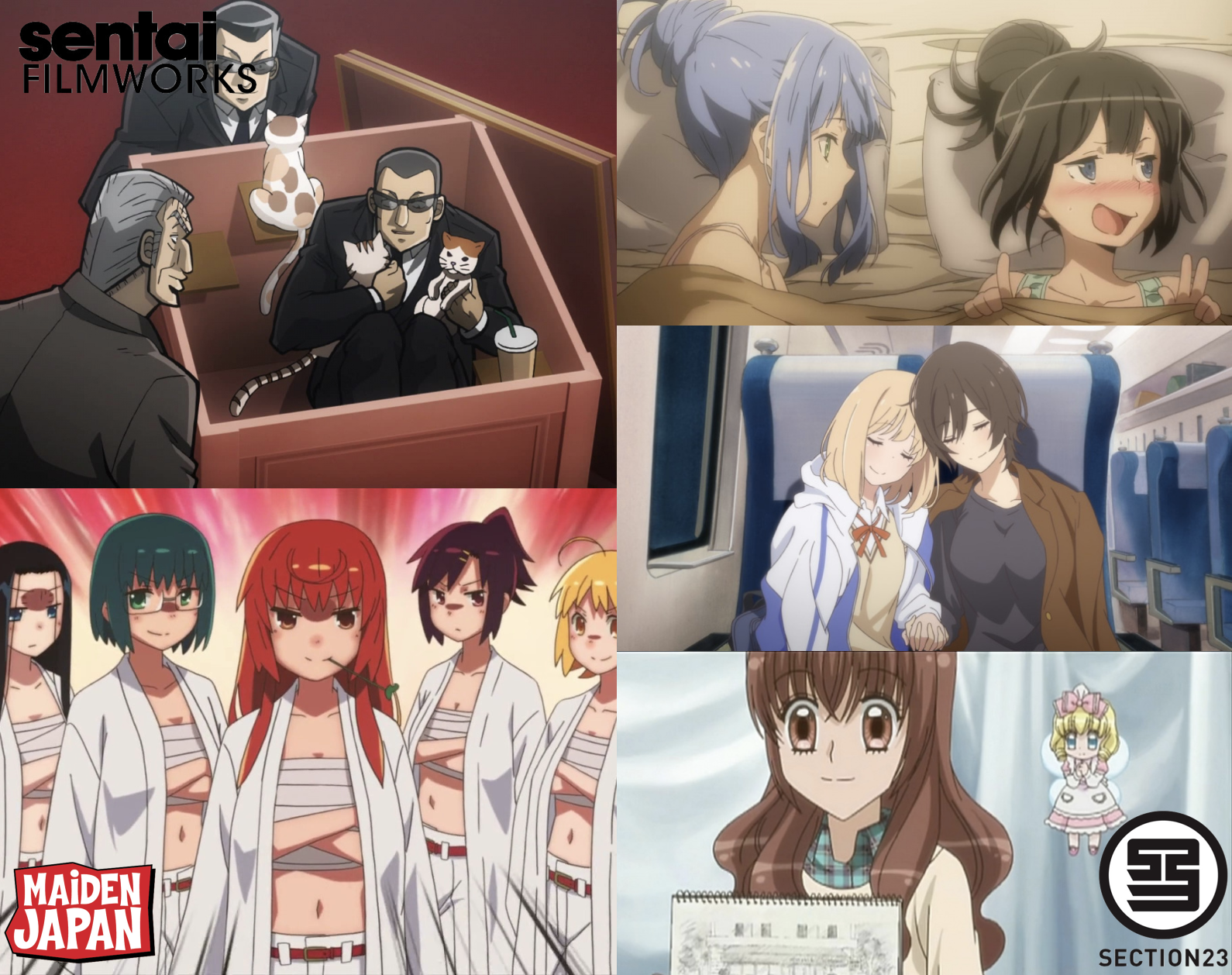 October may be about Halloween, but in regards to Section23 Films, it's all about returning to monster-filled dungeons, comedic storytelling, and tasty treats! (Okay, I guess it has a couple of things in common with Halloween!) 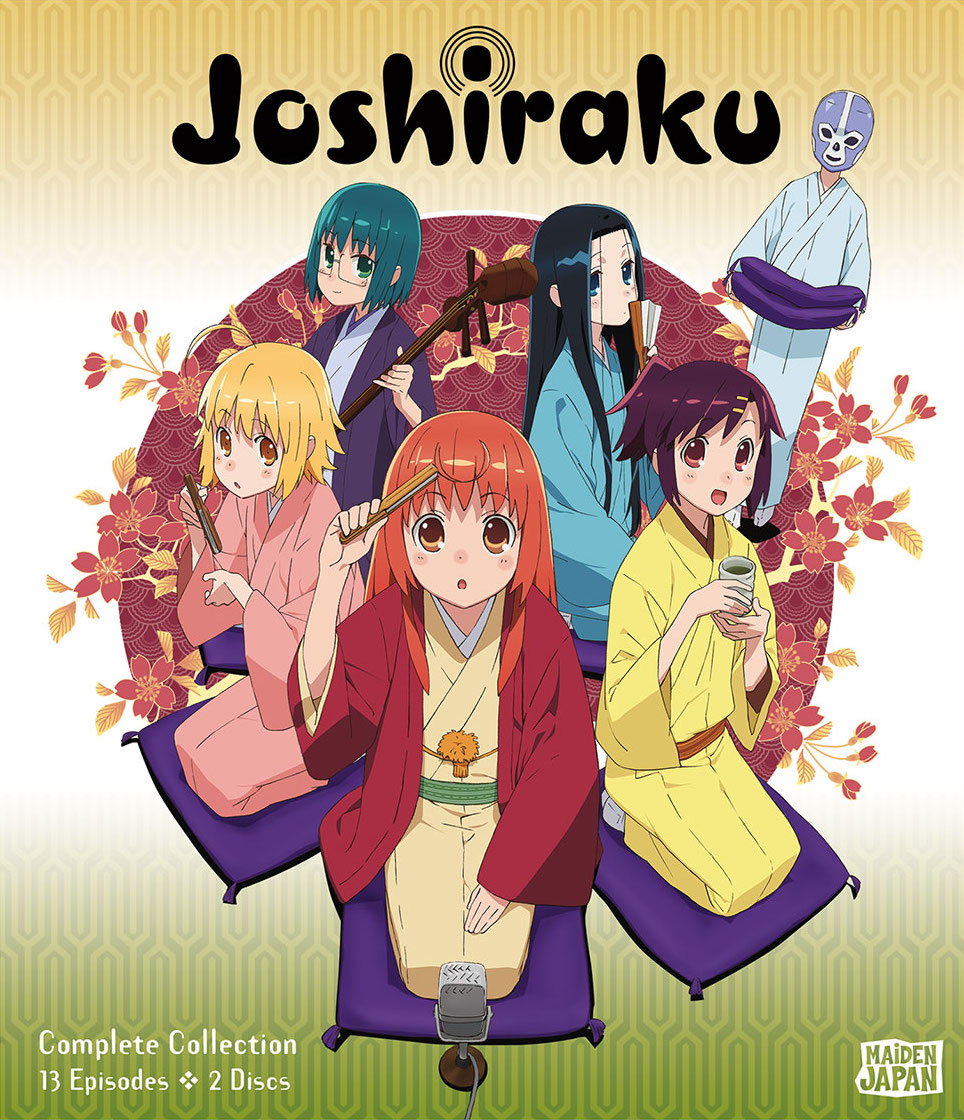 Right on October 1st, the releases kick off with Joshiraku! Marii, Kigurumi, Tetora, Gankyo and Kukuru are five young women with completely different interests and personalities, but there's one thing that they all share: performing Rakugo, a unique form of Japanese comic theater in which a single artist sits in front of an audience and tells an entire story, portraying multiple characters solely through changes of voice and minimal movements. It's a challenging art but all five of our heroines are determined to become the best they can… and in the meantime, they find themselves hanging out together, both at the Rakugo theaters and around town. They also have a shared acquaintance, a mysterious stranger who's always wearing a wrestling mask! What's that about? To find out, pull up a seat and watch as our heroines put on the best show in town! 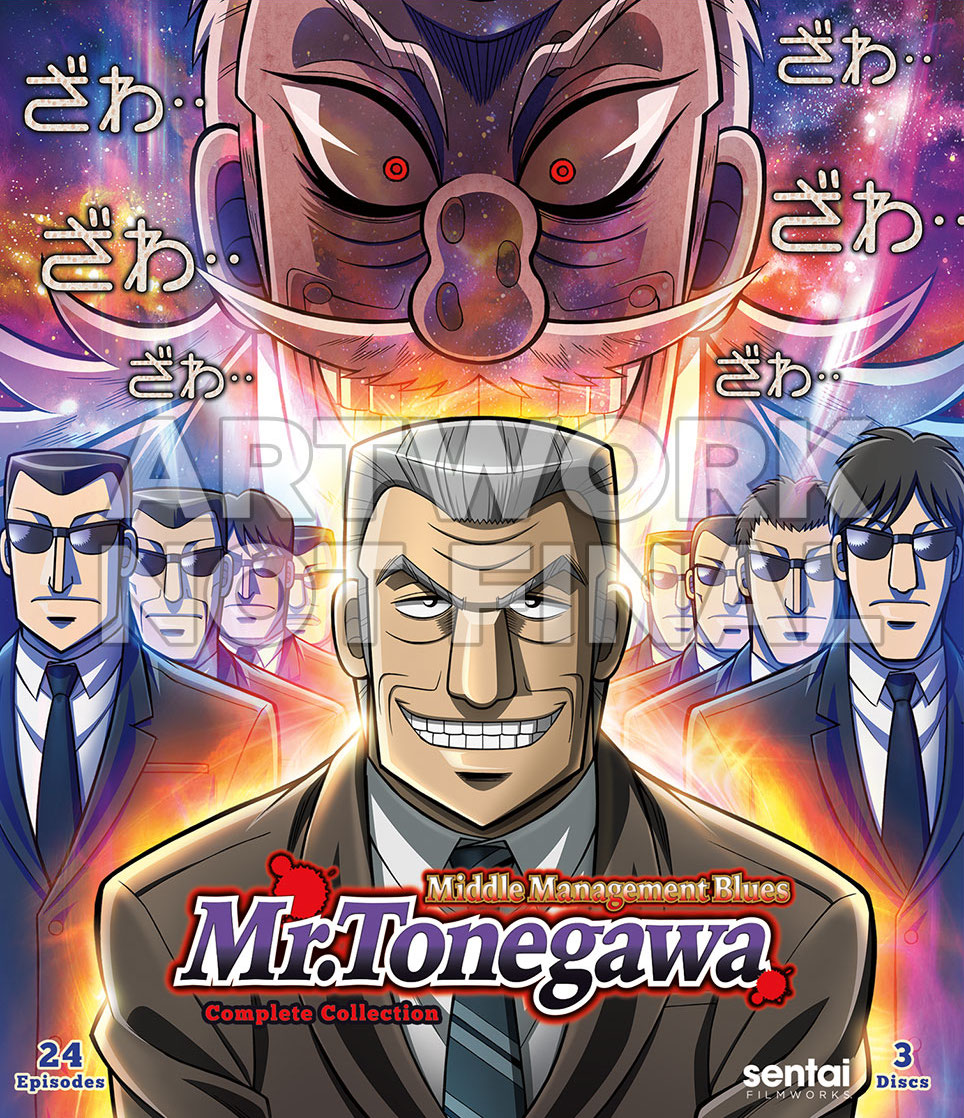 Fans of the classic series Kaiji may recall a Yukio Tonegawa in the story. Well now the Number Two man of the Teiai Group has his own series with Mr. Tonegawa: Middle Management Blues, out on October 15th! Nobody knows what it's like to be the bad man… except the bad man's right-hand man, who has to take the boss' deranged ideas and turn them into functioning plans. So, when the sadistic president of the Teiai Group decides he's bored with the routine leg breaking and widow/orphan evicting, he assigns the task of coming up with something "special" to Mr. Tonegawa. But how do you amuse someone who destroys a dozen lives before breakfast? There's a huge pool of potential victims in the form of TFO's swollen roster of defaulting borrowers, but if Tonegawa and his team of nearly identical men in black look-alikes can't create a "game of death" that tickles the boss' demented funny bones, they may end up playing the game themselves! 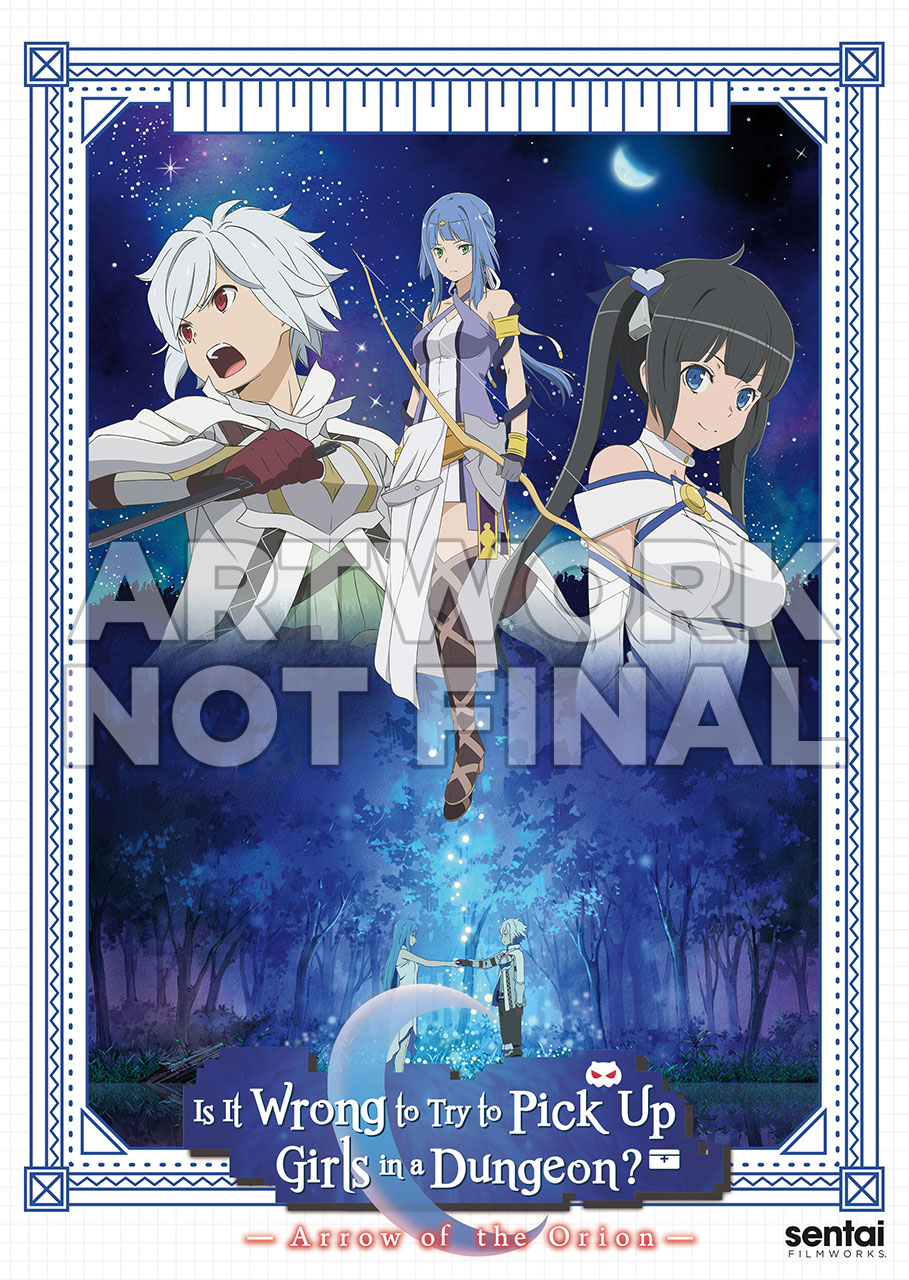 After a quick but successful stint on the big screen, Bell Cranel and Hestia head home with the Blu-Ray release of Is it Wrong to Try to Pick Up Girls in a Dungeon?: Arrow of the Orion, out on October 22nd! Living above the legendary dungeons of Orario ought to be enough danger for anyone, and in his short time as a member of the goddess Hestia's familia, Bell Cranel has experienced more perils and pitfalls than most. So, when Bell unexpectedly wins a free trip, is it too much to hope that he might have actually won a real vacation? Of course it is! Inexplicably chosen as the champion of Hestia's friend, the goddess Artemis, Bell quickly finds himself up to his neck in ruins and monsters as yet another epic quest begins. And where Bell goes, can the ever-jealous Hestia be far behind? (Check out our review of Arrow of the Orion, where we called it "a fine reminder of why this series is beloved so much"!) 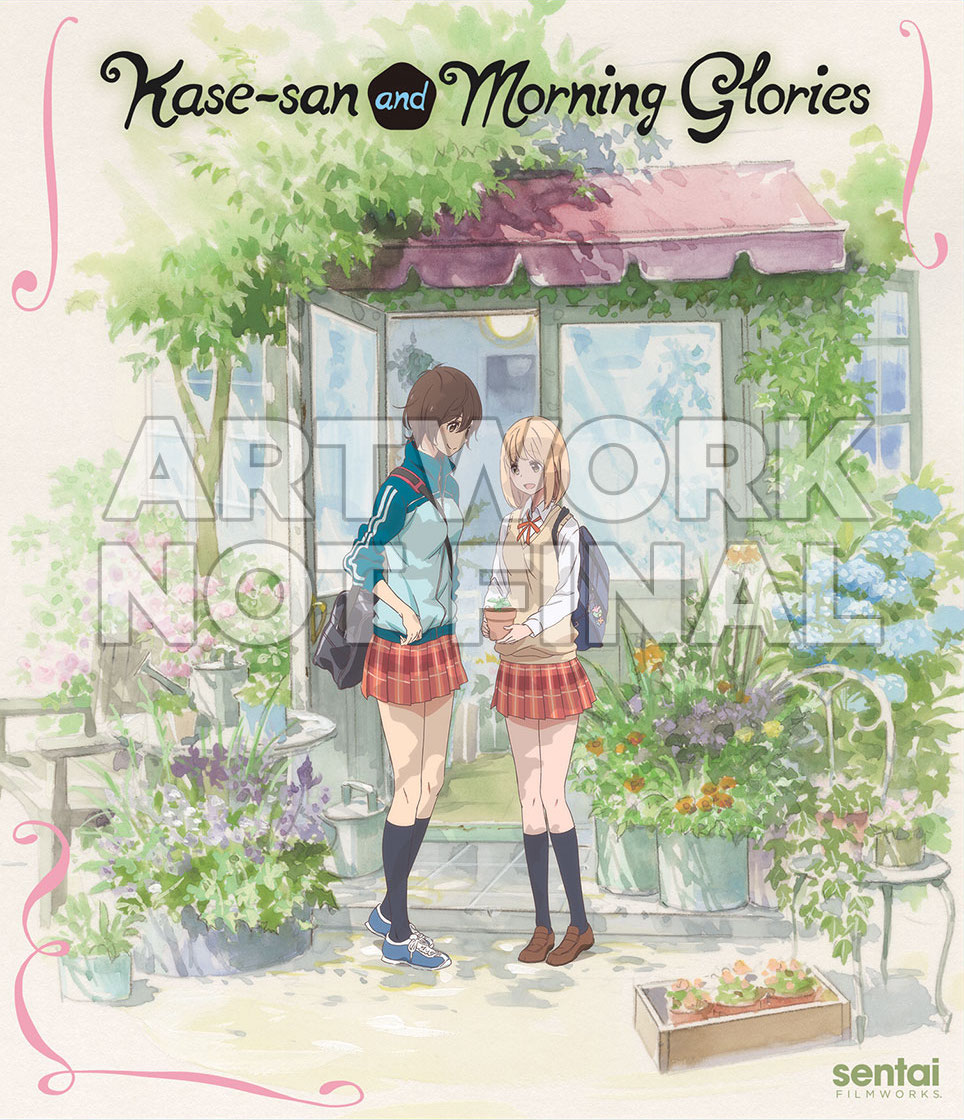 Also on October 22nd is the release of the OVA film Kase-san and Morning Glories! A relationship is like a garden. It's hard, really hard, to plant the initial seeds. Once you've gone through the agonizing process of wondering if the other person even likes you, fought the fear that telling her could destroy everything, and made your confession, the most difficult part begins. Because you have to keep nurturing this wonderful new feeling to keep it growing. Not just in your own heart, but in hers. And since even the most beautiful rose can cut you to the bone with its thorns, who can you talk to for advice? Especially when you're both girls in high school? For shy Yamada and boyish Kase, time is running out. High school is coming to an end and they must make a choice: stay together and let their love grow, or separate and let it die! 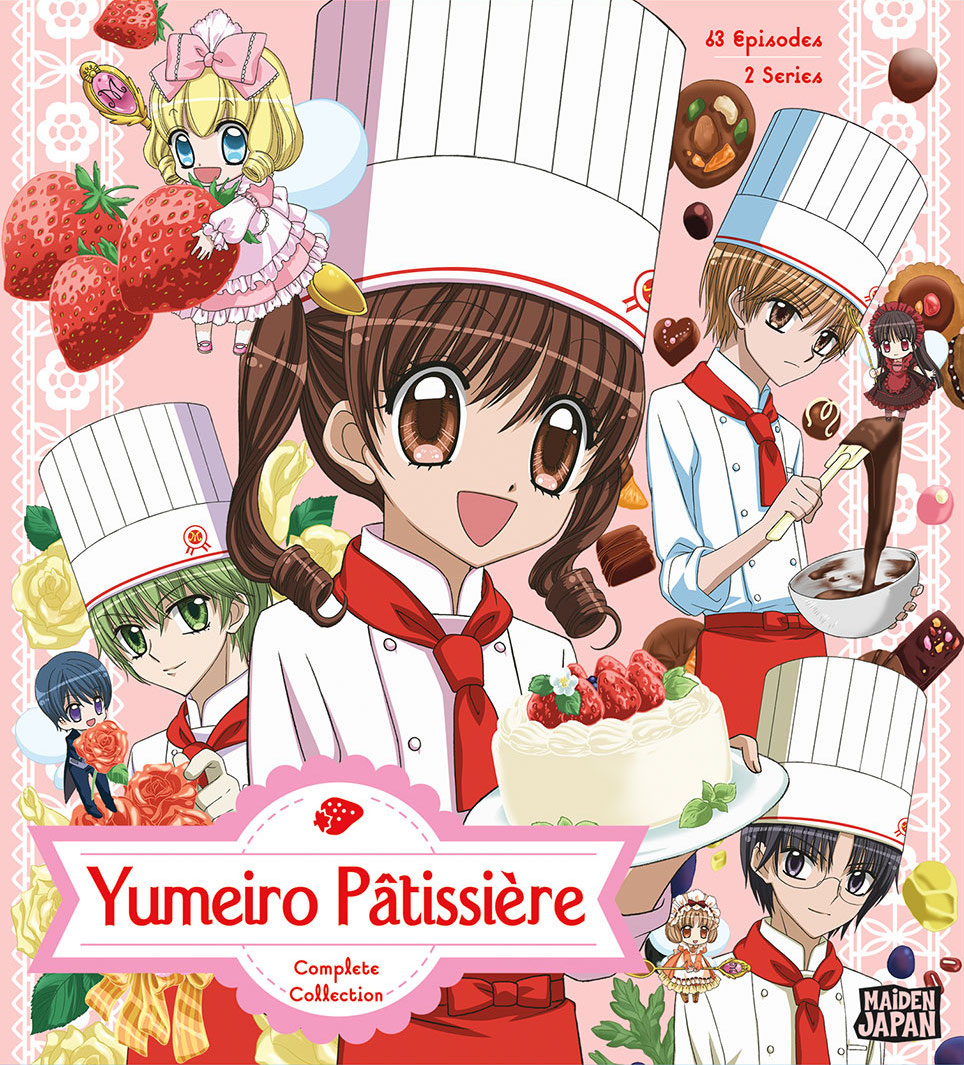 Lastly, those wanting to sink their fangs into some animated desserts should look no further than Yumeiro Patisserie, out on October 29th! Everyone's good at something, but after years of being overshadowed by her sister's musical skills, Ichigo Amano's main talent seems to be making cake disappear into her tummy. Then the famous pastry chef Henri Lucas discovers that Ichigo has a truly exceptional sense of taste and makes her the sweetest offer ever: to study at a prestigious culinary school that specializes in desserts! It sounds like a dream come true, but Ichigo has a lot to learn and becoming a pâtissière won't be as easy as pie. Fortunately, three handsome fellow students are there to help and things really get cooking when the school's magical Sweet Spirits join in! Has Ichigo bitten off more than she can chew or is her baking star about to rise?