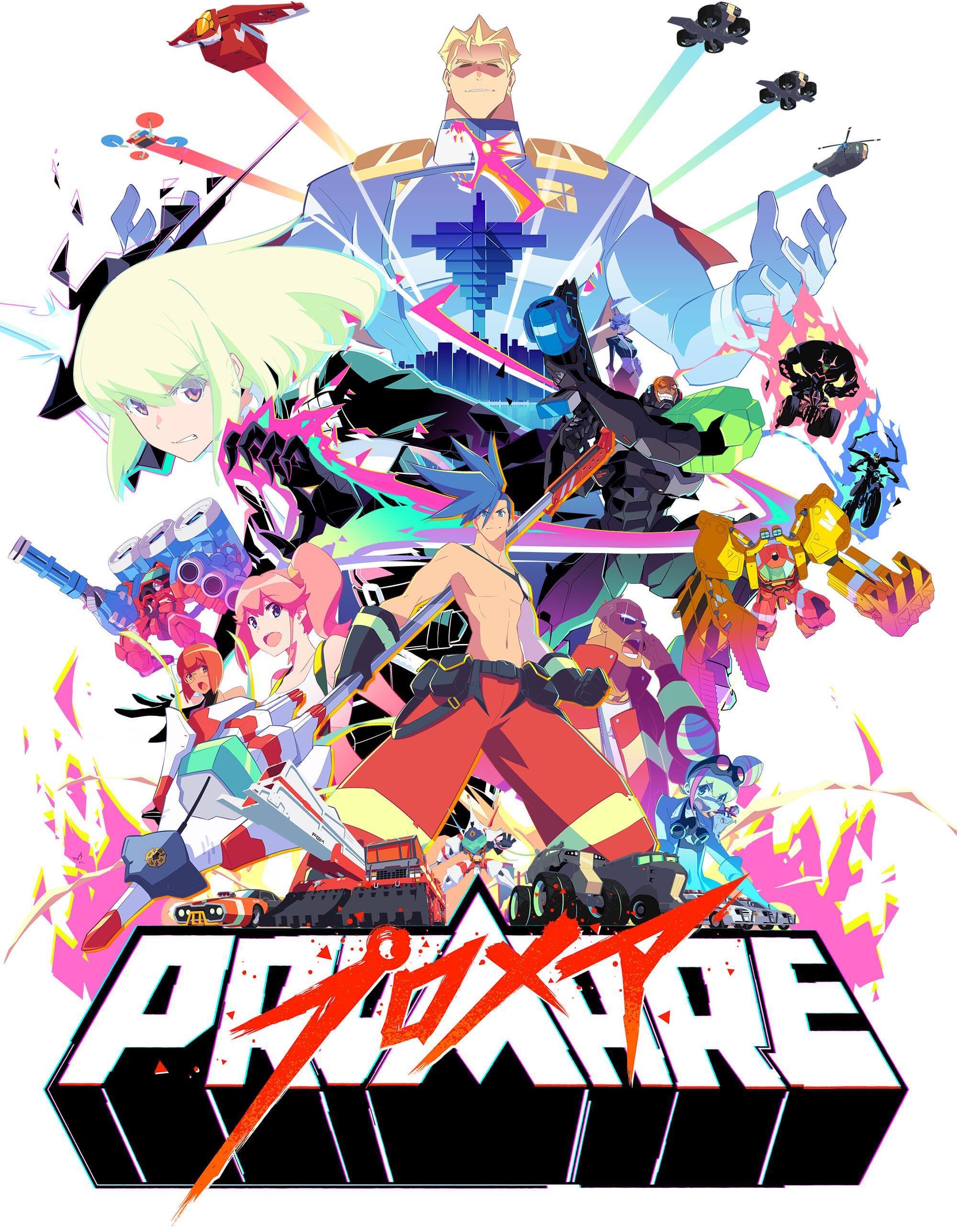 Studio TRIGGER knows how to make eye-popping anime. From Kill la Kill to Little Witch Academia, everything they’ve brought to the small screen has dazzled in so many breathtaking ways. With the aid of XFLAG, TRIGGER finally tries its hand on telling a story for the big-screen, with their first feature film PROMARE. While it knows how to keep your attention, it doesn’t get away from a few burn marks.

Taking place in a futuristic time, PROMARE places its focus on a global problem. People are spontaneously combusting, transforming into mutants known as the Burnish. That’s where the Burning Rescue Fire Department comes in, led by the crazy strong knucklehead Galo Thymos (Kenichi Matsuyama). After a massive battle, he captures Burnish leader Lio Fotia (Taichi Saotome), and is rewarded by governor Kray Foresight (Masato Sakai). However, Galo soon discovers a truth being the Burnish, one that leads him towards a dark secret hidden straight at the top. 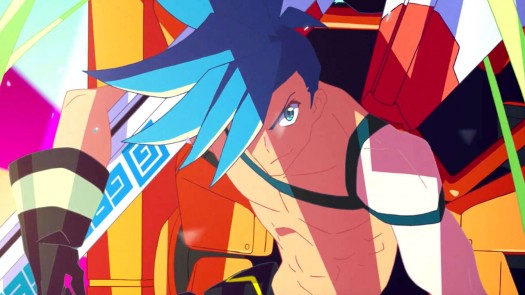 One issue I have with PROMARE is that it takes an old formulaic plot device, and screenwriter Kazuki Nakashima doesn’t really do anything all too special with it. Yes, the characters are memorable and fun, especially when it comes to the team mechanic Lucia Fex (Mayumi Shinytani) and her bonkers means of igniting mechs and power-ups. But these characters don’t quite do anything to add their personality to the story. You know almost immediately what’s going to occur, with one predictable outcome churned out after another.

With that being said, despite its somewhat normal storyline, TRIGGER brings a lot of flash and bang to the worlds and characters with its visual style. The battle sequences, which were co-animated in 3D by Sanzigen, flow like a chainsaw gleefully making toothpicks out of a forest. It’s rare to call the animation both smooth and janky at the same time, but that’s actually what TRIGGER does best. Director Hiroyuki Imaishi’s made a career of crafting cartoons that are the visual equivalent of a Rubik’s Cube exploding, and he does it like no other creator. 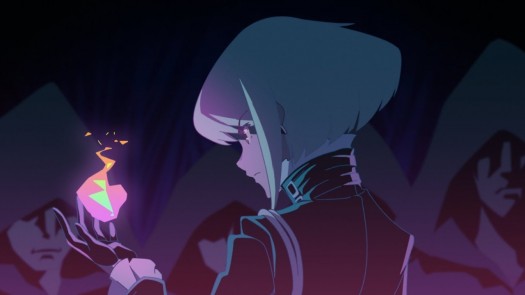 Matsuyama has made a career out of bringing anime characters to the live-action realm, thanks in part to his roles as L in the Death Note films and Negishi/Krauser II in Detroit Metal City. Now given the chance to be in a recording booth, the actor makes Galo feel like the perfect blend of a crazy shonen hero and a protagonist from an adult animated film from the eighties. Saotome acts as a great foil to Galo in his role of Lio, with his role of misunderstood anarchist played to the nines. A special nod should go to Arita Furuta for his role of Deus Prometh, a character whose mannerisms and the like cannot be spoiled here in good conscience.

Just as loud and vibrant as its animation is Hiroyuki Sawano’s score. Known for his works in Kill la Kill and Attack on Titan, the soundtrack meshes together bombastic arrangements with a pop music spirit. The heroic songs amplify the action happening on-screen, whereas the slow tracks brings things down towards a calming mannerism (albeit as calm as a TRIGGER production can get!).

PROMARE may not be strong story-wise, but it’s hard not to recommend just for presentation alone. In a way, it’s like a slightly brainier Michael Bay film, one that at least has a decent soul in it rather than a hollowed shell of Optimus Prime. If you’re looking for a movie with some sweet animated battles and a fun cast of characters, then you can do no wrong with having some fun with PROMARE.