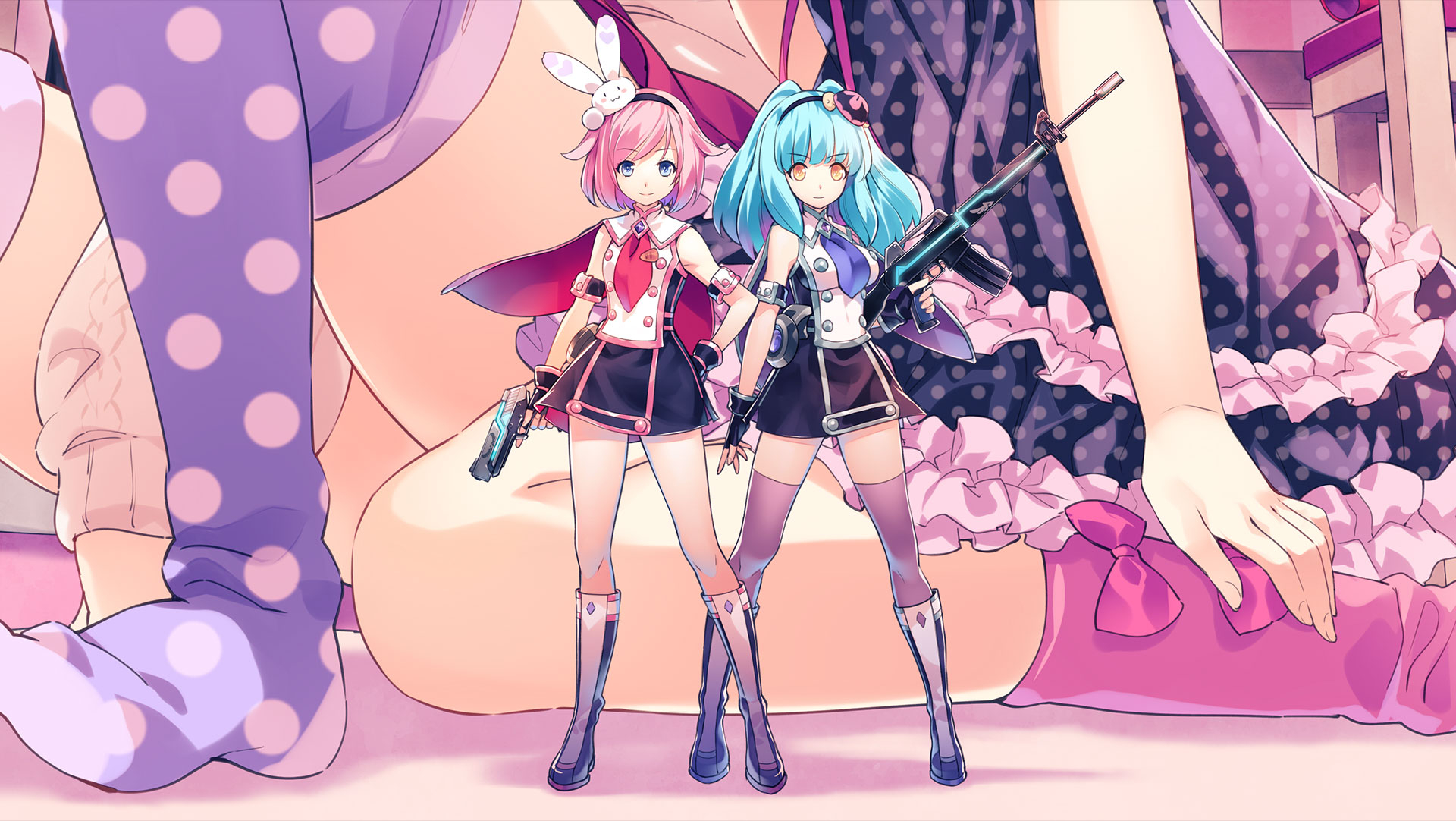 In April 2017, Japan was invaded by two tiny cuties packing serious heat. Compile Heart and Shade’s third-person shooter Gun Gun Pixies was, to be blunt, a lot of naughty fun with a mixture of some cool stealth mechanics. Alas, it was sentenced to PlayStation Vita jail, where it would stay only in Japan due to Vita’s lacking sales globally. Fortunately PQUBE Games has not only rescued Gun Gun Pixies, but they’ve also managed to bring it to both Nintendo Switch and PC for a 2019 release!

Demoed at PQUBE’s booth at Anime Expo, Gun Gun Pixies showcased a mission surrounding a mysterious smell in the girls’ dormitory. As the tiny Pixies, you are to seek out where the smell’s origins are coming from, while at the same time evading the giant humans who roam in your vicinity. While seeking a stench may seem odd, it serves a purpose: the Pixies were sent to study every sort of human behavior so as to overcome the issues of their own home world. 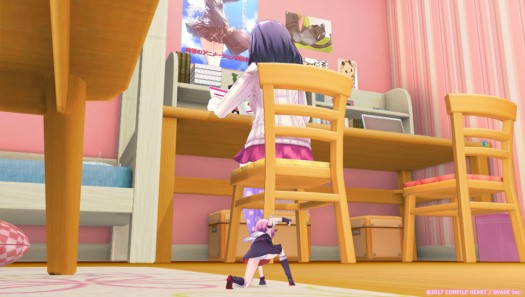 Roaming through the rooms, you are to jump onto high areas and seek out special tokens that are scattered throughout the levels. Ammo is easy to discover, as it will sometimes reappear from the same spot you took from before. The tricky part regarding Gun Gun Pixies is where to seek out a good location to shoot the massive humans with non-lethal Happy Bullets. Be too much out in the open, and you’ll risk being seen and forced to start the mission all over again.

The true fun of this shooter rests in its unapologetic naughty humor. Crawling during a mission gives you a straight-up panty shot, whereas humans shot with the Happy Bullets will cause them to look very aroused once hit at 100%. And yes, a game like this cannot exist without the aid of some exploding clothing. Fortunately, there’s also a good challenge to be had when it comes to taking on the missions, with speed and precision always being key in one’s success. 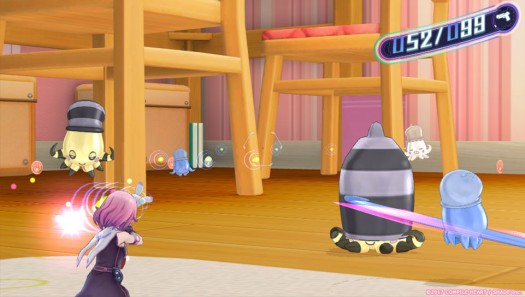 Playing the Steam version has its ups and downs. While I could move around okay, using the mouse to aim sometimes made it hard to see where I was going. On a few occasions, I accidentally fell from a higher area, resulting in a loss of health and being spotted by the human characters. Shooting at enemies and strange purple orbs is pretty easy, but I couldn’t help but feel like the mouse just wouldn’t cooperate in certain instances. (Here’s hoping the Switch version’s gameplay flows better.)

Gun Gun Pixies isn’t going to be for everyone, but thus far it does manage to deliver some fun gameplay with some funny mechanics. Fans of such games as Bullet Girls and Gal*Gun will no doubt find a lot to enjoy with Compile Heart’s cute shooter. While we’re still waiting on an official release date (sometime this fall, though), Gun Gun Pixies is aiming to be a nice escape from the usual run-of-the-mill gritty third-person shooters.