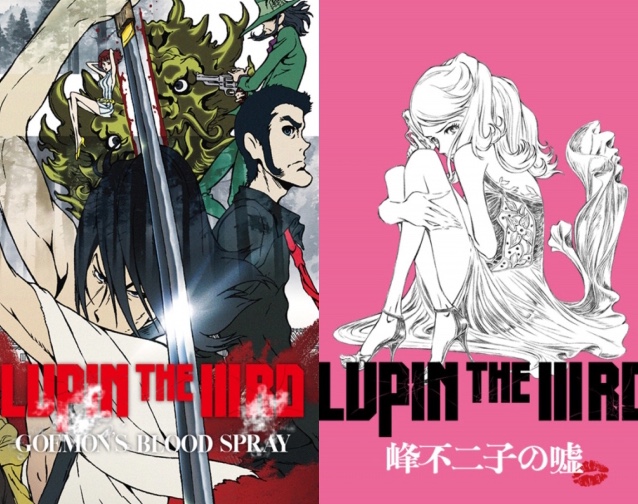 Monkey Punch’s Lupin the Third has been given many a variation throughout its 50-year lifespan. Grimmer interpretations come few & far between for the franchise, but they do exist in some fashion. Perhaps most notable is The Woman Called Fujiko Mine, a 13-episode series that was more aligned with French arthouse movies than anything anime-related. Even after its run, this darker alternate universe continues to thrive via the short film realm, with Jigen’s Gravestone being the first. Now two more have arrived, both of which will be released soon in the U.S. via Discotek: Goemon’s Blood Spray and Fujiko’s Lie.

Both films place a heavier focus on the titular characters, whereas Lupin the Third and Jigen Daisuke act more like background characters. In Goemon’s Blood Spray, the wandering samurai must slay the assassin who killed the Yakuza boss that hired him. Fujiko’s Lie, on the other hand, has the bombshell beauty protecting the son of a man who stole $500 million from a shady company. However, both films place the characters in situations that fans of the series have yet to see them in. Goemon fights for both his life and honor, whereas Fujiko becomes an unlikely mother figure for a scared kid with a rich secret. 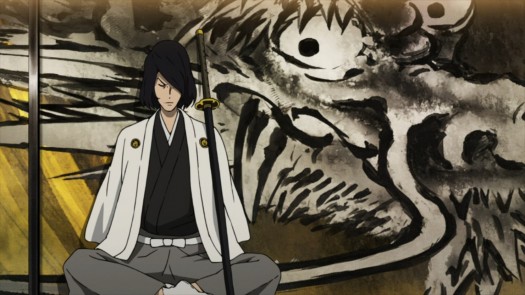 Of course, being a Lupin the Third series, it has some of the series’ trademark humor and flair. There’s always been this freeform jazz style that has engulfed Monkey Punch’s creation, similar to that of Shinichiro Watanabe’s Cowboy Bebop. What differs here is the two films’ overall tone. While the series can get serious at times, it rarely has ever reached the levels that these two films have delivered.

Goemon’s Blood Spray delivers some of the most violent imagery seen in a Lupin production. We all know how well the samurai is with his sword, but never have we’ve seen the damage he can do be presented so graphically. Heads, arms, hands, and even legs are sliced through like butter, resulting in a pile of body parts growing as Goemon goes through the gambit. The face-off against the hit man Hawk dives into such nasty detail that it’s bound to make certain audience members cringe. But its no-holds-barred approach makes the film all the more enthralling, making it a shining beacon for how to properly do a Goemon-centric storyline. 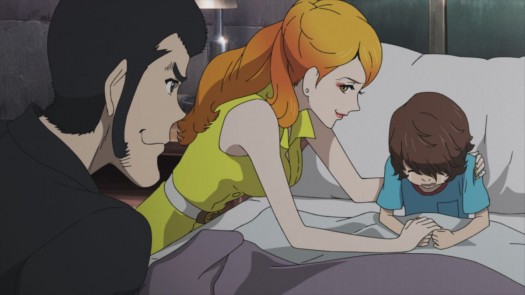 As for Fujiko’s Lie, it’s somewhat interesting to see Fujiko tone down her lustful ways for the sake of a child. Even when she seems to promise someone a good time, she never delivers and instead makes it all part of her plan to escape. With that being said, it doesn’t quite give as strong as a story compared to Goemon’s, with some of the plot elements feeling uneven and stretched out for the sake of filling time. Thankfully, the final shootout between Fujiko and the villainous Bincam delivers a battle of wits, brawn, and even sexual tension.

What these films do a great job with is capturing the visual spirit of Monkey Punch’s original works. There’s a rough outline that these characters have, but the way they emote and move about feels more aligned with a comic from the 1960s rather than something more modern. While the fourth and fifth Lupin the Third series have been the best regarding its animation styles, both Goemon’s Blood Spray and Fujiko’s Lie manage to add a grittier twist to the creator’s original look. 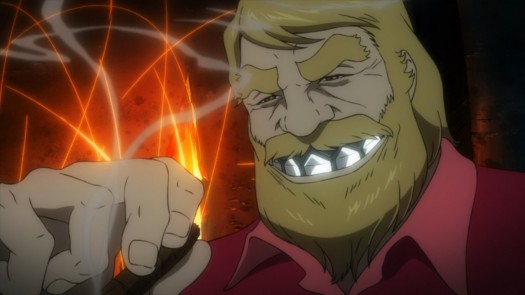 While both films have their flaws, it’s very easy to see the right things they did with the Lupin the Third series. Goemon’s Blood Spray showcases some of the best action sequences ever captured in the franchise; Fujiko’s Lie smartly mixes up brains and lust for a nice adventure focused on the on-again/off-again romantic interest of the series. Although you have to be a Lupin the Third fan to truly enjoy the things these films deliver, they nonetheless still make them entertaining watches for anime fans across the globe.

Goemon’s Blood Spray and Fujiko’s Lie were viewed at Anime Expo 2019. They have been licensed by Discotek Media.