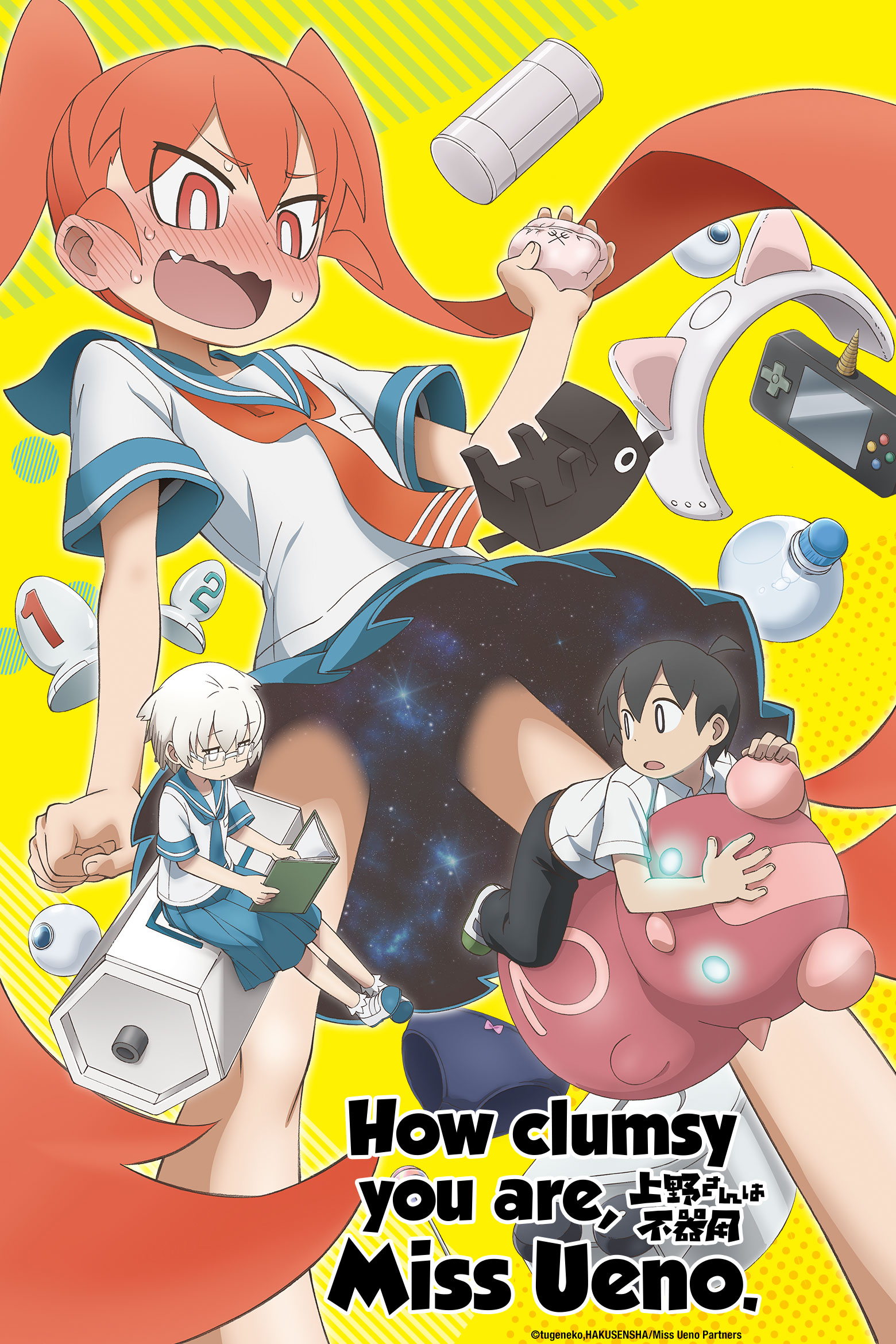 If the fictional world has taught us anything, it's that the greatest scientific minds cannot figure out the concept of love. From the nuttiest of professors and the most spectacled of boy geniuses to even a member of the Council of Ricks, romance is the one thing that the eggheads of society cannot wrap their minds around. Yes, it appears that such a conundrum is akin only to male scientists, so it would be safe to say that the female prodigies would fare much better, right? Well if they're anything like the titular character in How Clumsy you are, Miss Ueno., it would appear they have just as hard a time with the art of romance.

Based on the manga by tugeneko, How Clumsy you are, Miss Ueno. places most of its focus on three classmates in a middle school lab. The brilliantly-minded Science Club president Ueno (Yū Serizawa) often showcases her scientific discoveries to Tanaka (Aimi Tanaka), with the sole purpose of impressing him to the point of swooning his heart. As their friend Yamashita (Akari Kageyama) watches the antics occur, Ueno goes from being super-confident to an embarrassingly wet noodle by experiment's end, all due to both Tanaka's dense brain and her need to go full eleven on every breakthrough she discovers. 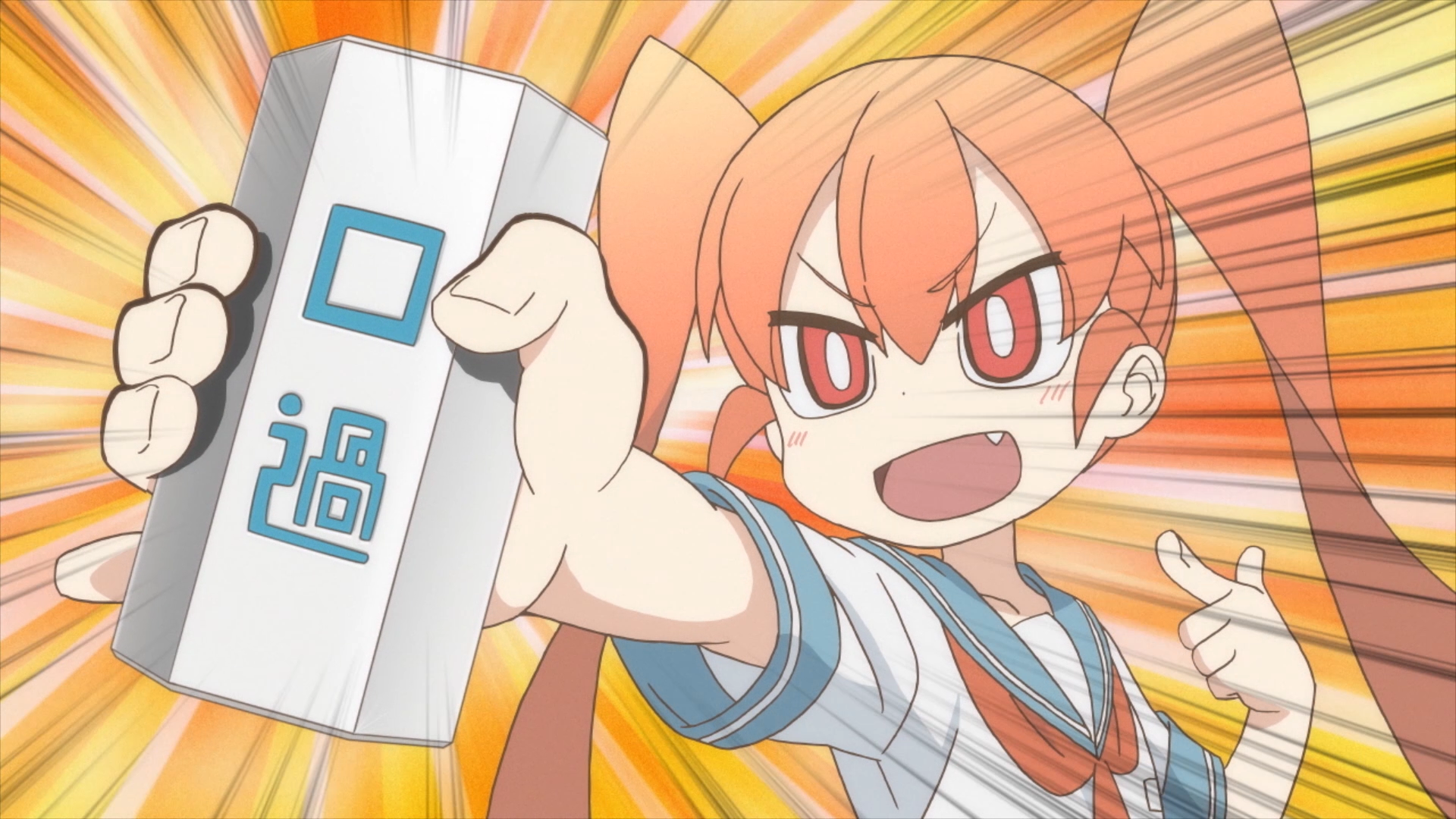 Each episode is split into two six-minute segments, with Ueno presenting a new invention to Tanaka and Yamashita with energetic spunk each time. As one can expect from the gag comedy genre, the unstable genius pulls out all stops when it comes to these new doohickies. Robot clones, a hands-free umbrella, and a machine that brings inanimate objects to life are just a few of the crazy concoctions that Ueno brings to the table. While some of these items are practical to say the least, it doesn't help that her experiments often blow up in her face (thankfully, not in a literal sense...yet).

All of this leads Ueno to try to make Tanaka fall in love with her massive IQ, meaning she goes some crazy lengths to have some sort of physical interaction with him. It's Tanaka's means of declining such offers as drinking water that was once urine or sneaking through a possibly haunted campus helps to build up some of the laughs, but it's when things goes down a more semi-perverted route when the comedy hits the right notes. One such invention, The Kilt Hide, may block a person's naughty bits from peeping eyes, but -- as Tanaka finds out -- it doesn't keep them from touching them. A better example has Ueno accidentally sitting on her umbrella invention, leading from one imaginative joke towards a silly physical one. 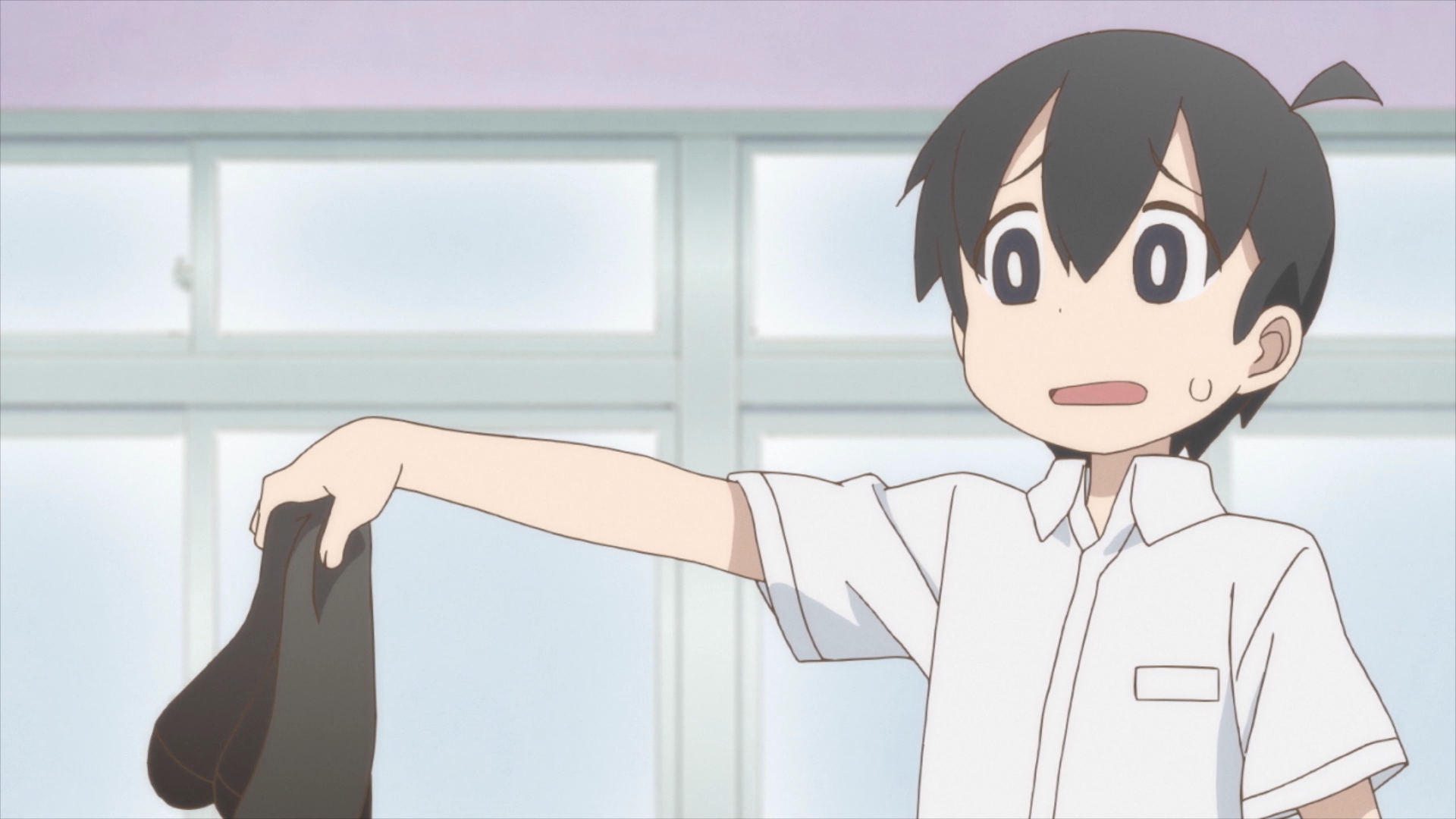 While there is no deeper story to be found in How Clumsy you are, Miss Ueno., it's the interactions between the main three characters that makes it a fun watch. The reason why everyone seems to be dense on love is because of the fact that they're all still in middle school, giving way to some funny misunderstandings and dorky mannerisms. It's one embarrassing predicament after another for Ueno, one that she unfortunately sets up herself due to her falling for someone that's both incredibly dense and has no means of proper etiquette around women. This combination pairs up together to bring forth many a kooky scenario that results in someone running out of the lab either crying or in a tremendous amount of pain.

Animation-wise, the series matches well with its tone. Lesprit, a fairly new anime studio, does a decent job with bringing out the cuteness of the characters and the craziness of the antics they get into. It's nowhere near the best-looking series of Winter 2019, but it does a very good job with bringing out the silliness of Ueno and the gang, especially when it comes to facial expressions and some of the more out-there experiments the Science Club often get themselves into. 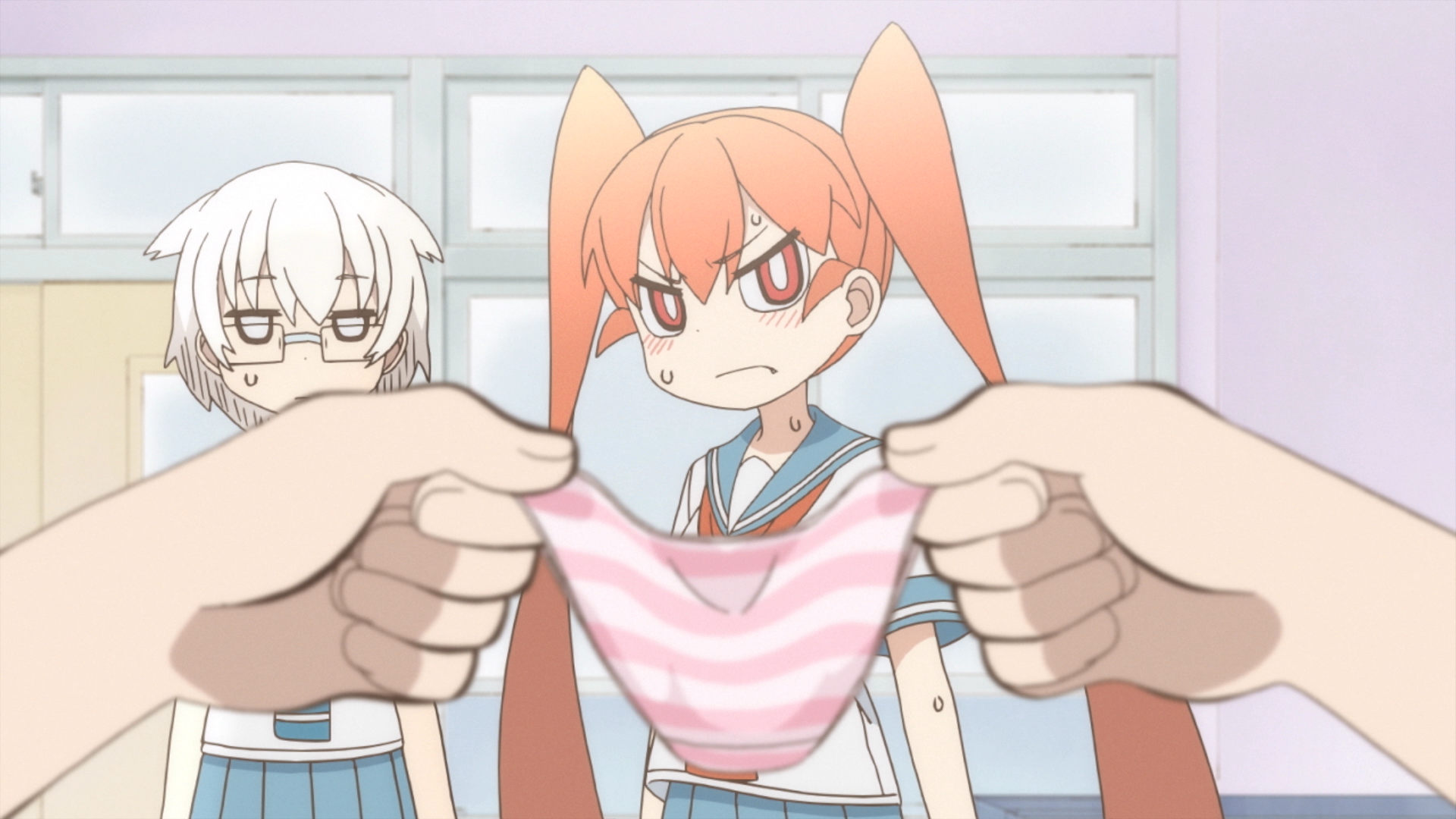 As the Science Club president Ueno, Serizawa presents a performance that plays strongly with her brain smarts and lack of common sense. She's a brat that wants crazy attention from the one she adores, but her softer side comes through wonderfully when the time calls for it. Aimi Tanaka is usually great when it comes to comedic roles (i.e. Umaru Doma in Himouto! Umaru-chan), and her take on the boy Tanaka is purposely flat and clueless in all the right places. Even when dropping a comment that can be considered beyond rude towards Ueno, Tanaka delivers the line with a mixture of innocence and feign curiosity.

Yasuhiro Misawa brings his minimalistic approach to the anime's score, in a similar fashion that made his style work with Hinamatsuri and Love Lab. The melodies aren't at all bombastic, but their means of acting as foundation blocks for the scene help to push the more humorous elements of How Clumsy you are, Miss Ueno. towards a greater height. Opening theme "Hirameki Heartbeat" captures the innocence of first love crushes, bringing out the cuter aspects of the titular character's heart. Performed by the three main cast members, "My Pace Science" is a surprisingly catchy jazz track filled with youthful energy and a finger snap-inducing drum beat.

With its 12-minute runtime, How Clumsy you are, Miss Ueno. is a fun weekly quickie that delivers big laughs each time. Although the gags can be perverted at times, how the characters react to these scenarios certainly help with softening these moments from getting uncomfortable. Often goofy and filled with some unexpected heart, How Clumsy you are, Miss Ueno. finds a good amount of success within most of its crazy experiments.

How Clumsy you are, Miss Ueno. can be viewed on HIDIVE, VRV, and Crunchyroll. It has been licensed by Sentai Filmworks. Episodes 1-6 were observed for this review. Promotional consideration provided by HIDIVE.