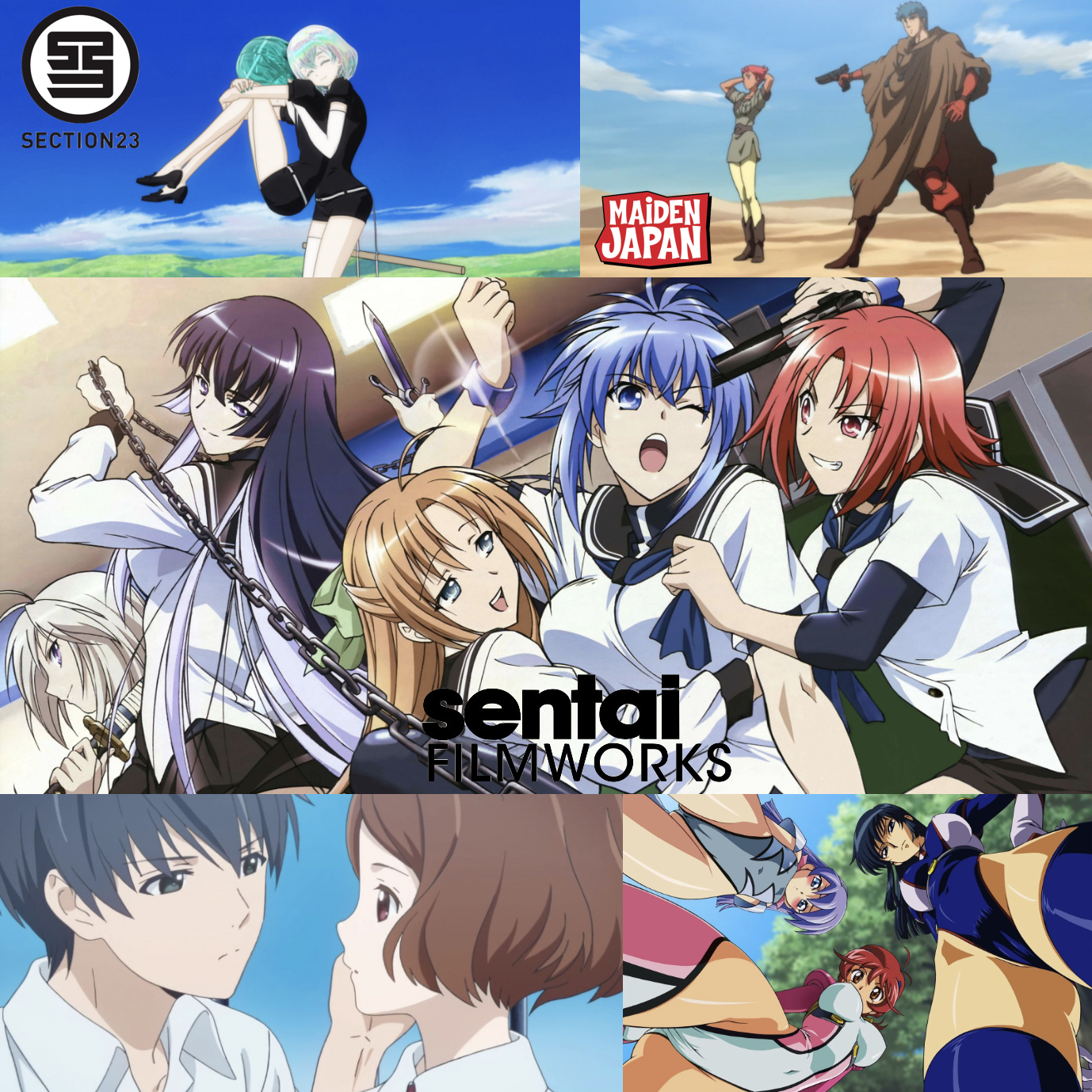 With the weather getting warmer in the month of May, Section23 Films is looking to fire things up with its line of new releases, including the return of one gender-bender of a series! 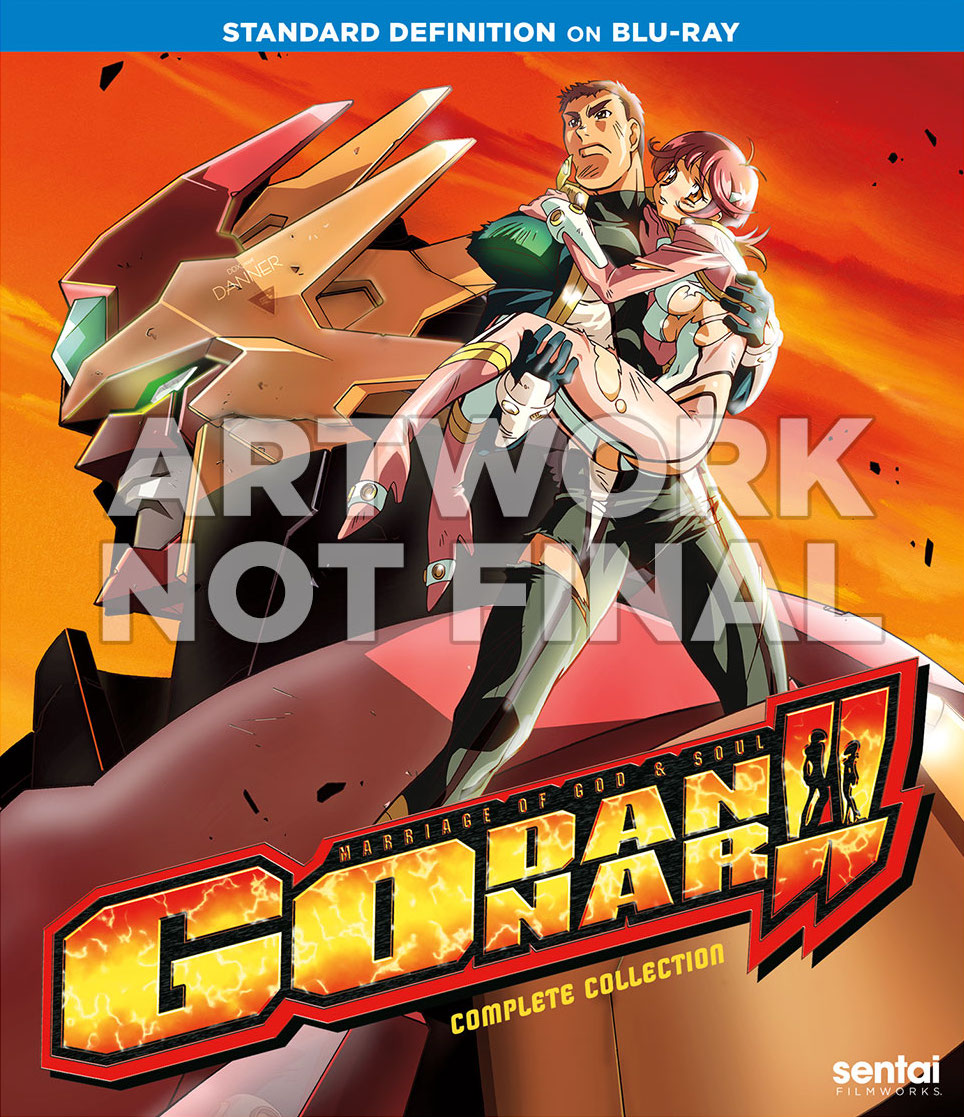 Things kick off on May 7th with the Blu-Ray release of Godannar! Five years ago, Goh, the pilot of the giant robot Dannar, rescued Anna Aoi as the monstrous Mimetic Beasts attempted to wipe human life from the planet.  Now the Beasts are back, but Goh's not going back into battle alone.  Not only does his new bride-to-be Anna have a mech of her own, but their "his and her" giant robots are designed to mate together to form the ultimate in alien-smashing technology, the mighty Godannar!  Unfortunately, while they may have the perfect partnership on the battlefield, things aren't running so smoothly on the home front and when "the other woman" from Goh's past suddenly returns, the rifts that are opened may be wide enough to put the entire defense of mankind in jeopardy!  Can an international supporting cast of the wildest giant robot pilots ever hold the line until Goh and Anna can come together in the cockpit, join interlocking parts and create the perfect marriage of man, woman and machine? 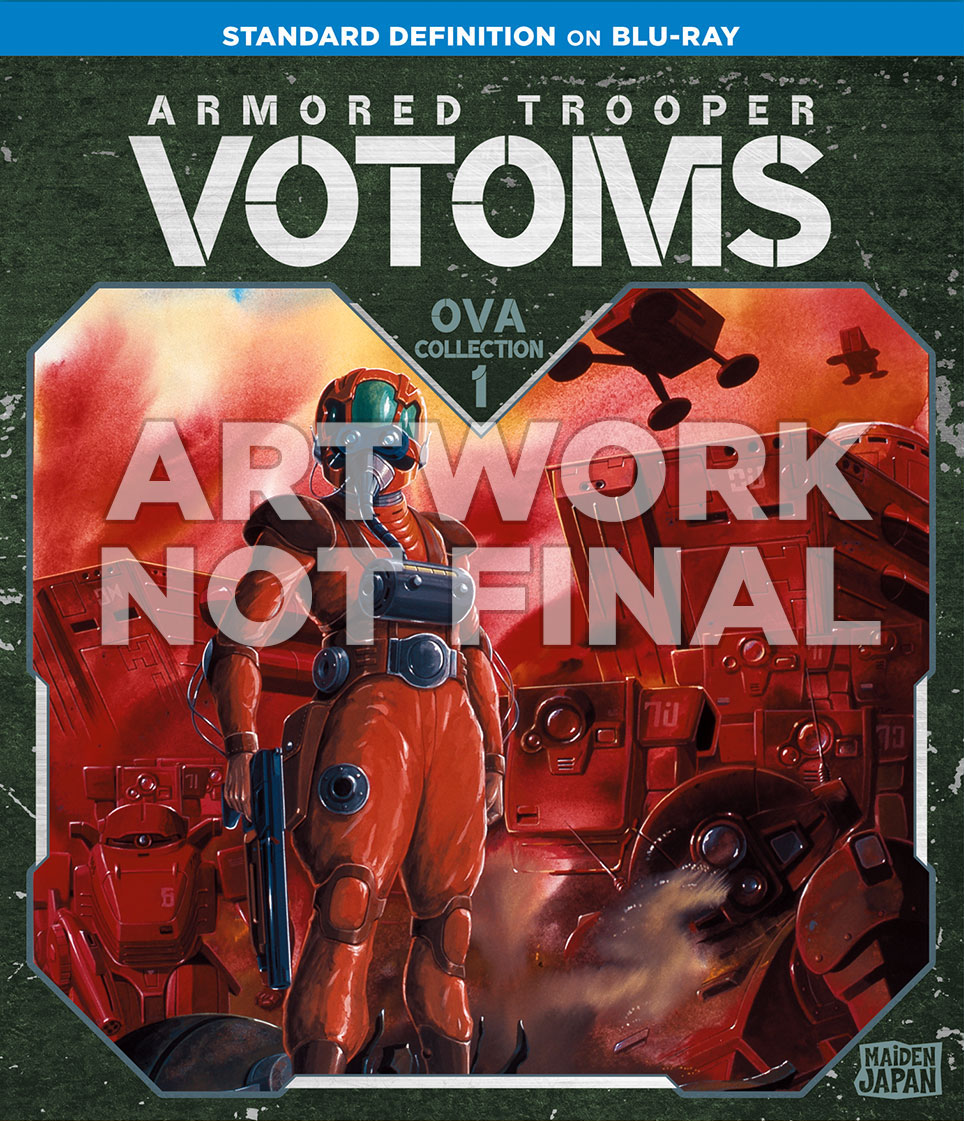 The first massive 52-episode OVA collection of the classic Armored Trooper VOTOMS heads into battle on May 14th from Maiden Japan! They may be encased in suits of powered armor, but the soldiers who wear a VOTOMS unit in battle are simply serving the purpose that infantry has always served in war: to take ground and hold it, no matter what the cost. Combine that mission with the explosive fuel mixture and thin metal of their powersuits, and their chances of survival are decreased rather than enhanced, and only a handful will live to fight again. But of that elite group of survivors, a few will become legends! 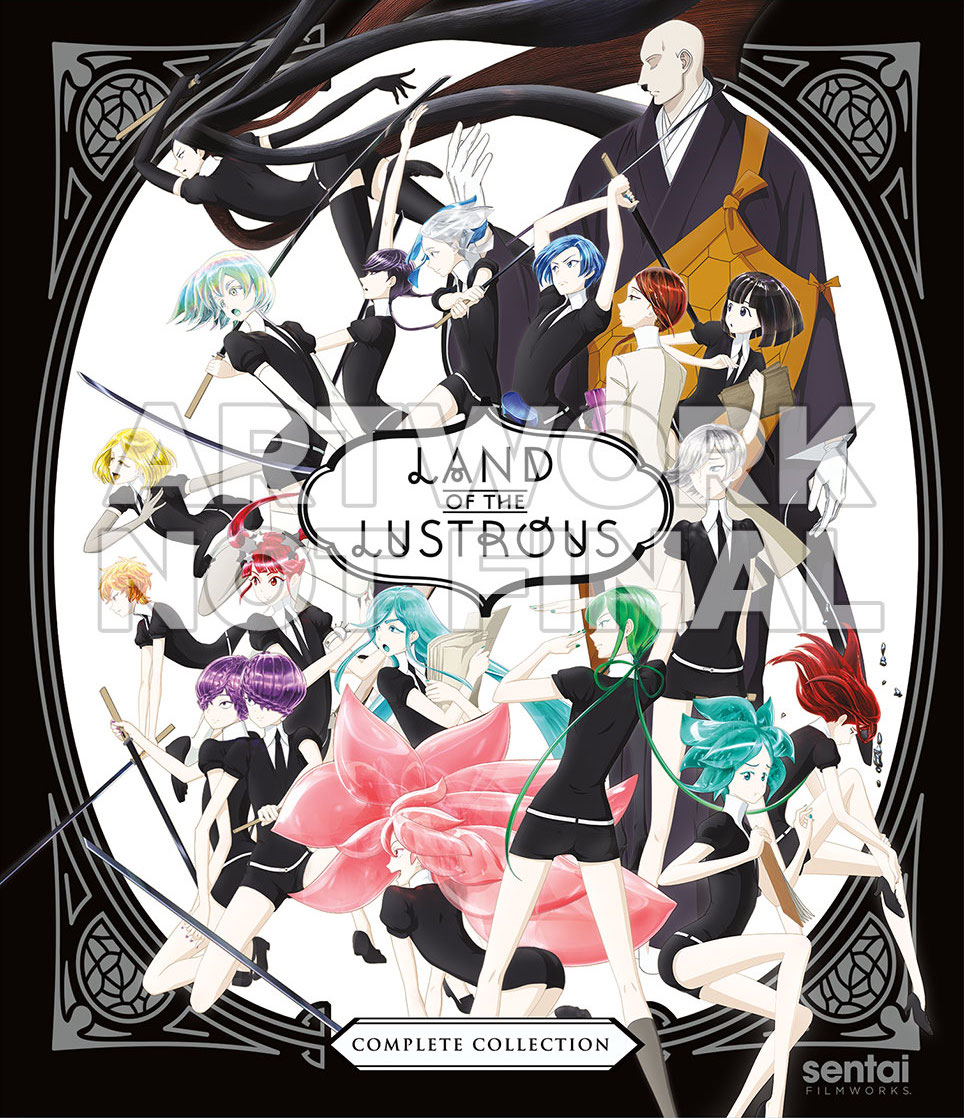 2017's hit anime Land of the Lustrous gets a rerelease on May 21st for those who missed out on its original limited edition release. No matter what the odds, life will find a way to continue, with young Phos and the other gems as the ultimate proof. Instead of flesh, their bodies are made of living crystal, allowing them to survive in a world too toxic for any human. But their gem bodies also attract a terrible danger: the Lunarians, who hunt the gems and use their shattered forms to fabricate jewelry and ornaments. The gems with the strongest forms defend the others, but Phos is too weak and brittle to fight. Instead, Phos is ordered to compile an encyclopedia; but could that research discover hidden secrets that could help the gems? Join Phos, the toxic Cinnabar, the powerful Bort, the valiant Diamond, and others in a glittering world unlike anything you have seen before! 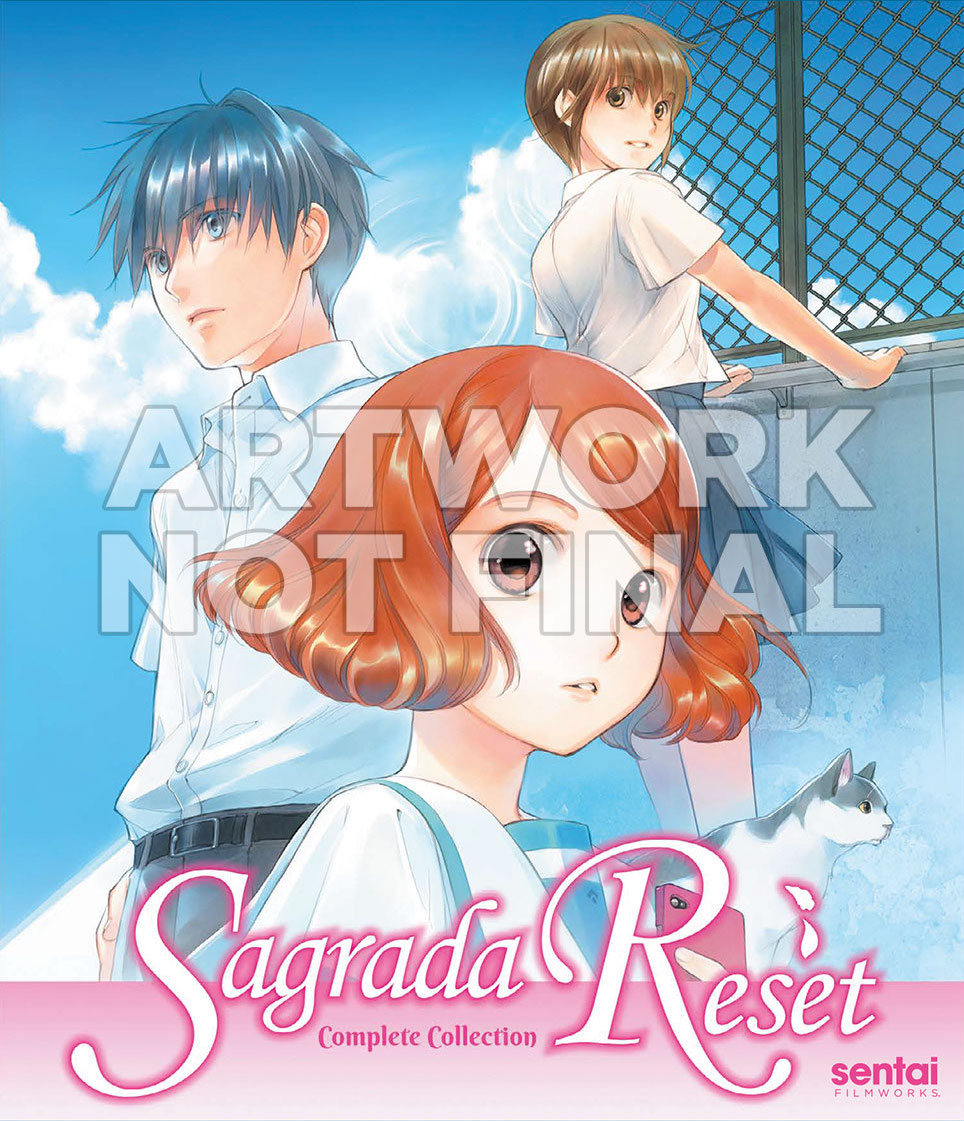 Also on May 21st is the release of the time-warping series Sagrada Reset! The ability to reset time might seem like the ultimate superpower, but if you forget what was going to happen when you reset it, how would you know what you needed to change? Or if you'd make things better or worse? That's the paradox that faces Misora Haruki until she's paired with Kei Asai, who remembers everything, even if they happened in timelines that have been reset. But there's still a catch: each reset point can be used only once and anything that happens in the 24 hours before a new one can be set will be locked in time forever. In a town where a mysterious agency seems to be controlling everything from the shadows and everyone has unexpected powers, the lives of Kei and Misora's friends and classmates will depend on how carefully they can use the Sagrada Reset. 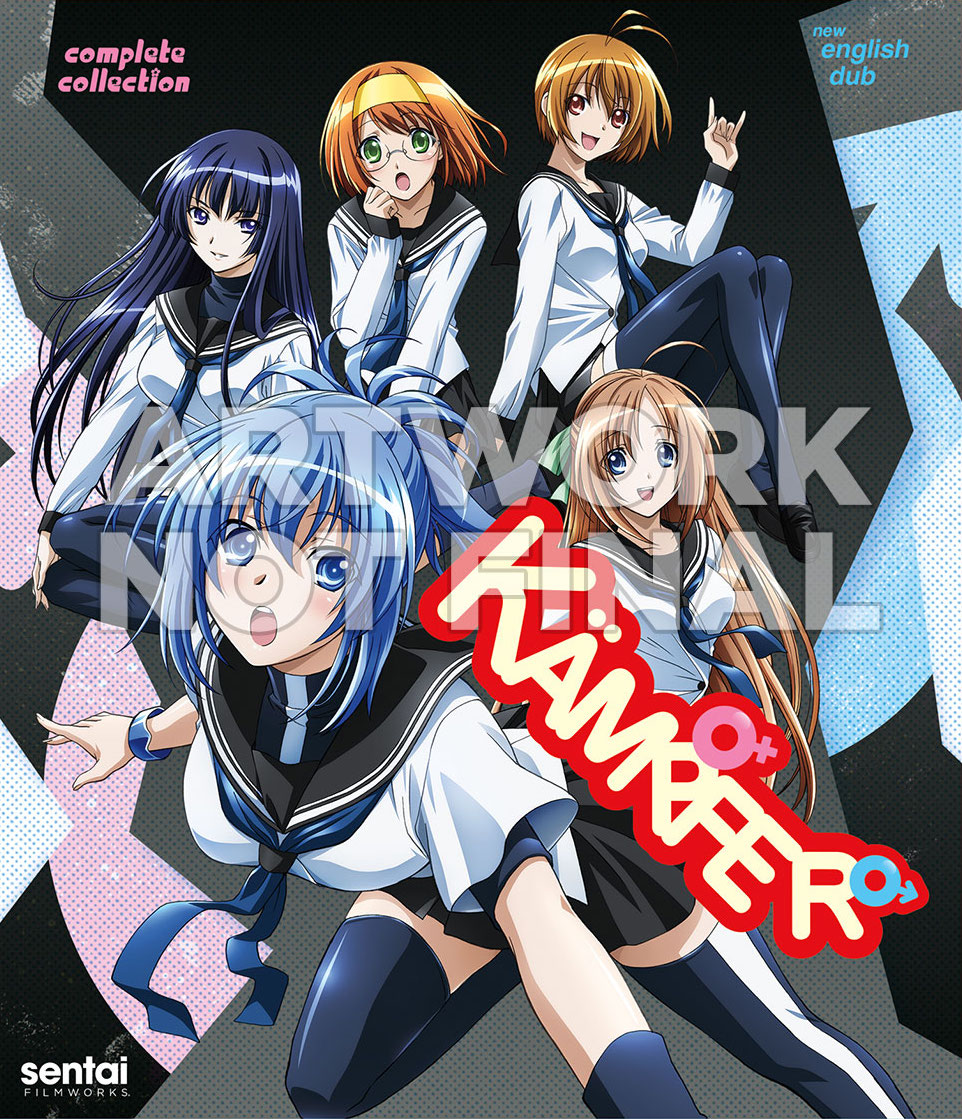 Lastly, one of Sentai Filmworks' most popular ecchi series returns on May 28th with a new English dub, via the complete collection release of Kämpfer! Natsuru used to dream about being a real lady-killer, but being turned into a Kämpfer, a female fighter who's supposed to fight and kill other girls in combat, was NOT what he had in mind! To make things even more complex, (s)he's only a girl part-time and (s)he'll be moving in with three other gorgeous Kämpfers (who are all actually all woman all of the time), for mutual defense. And the fact that more than one of them may have less-than-honorable designs upon Natsuru's alternating sexualities couldn't possibly be a problem, could it? Of course it could, and things REALLY get hopping when Natsuru has to take a job at the Bunnygirl Café! Find out what happens when getting in touch with your feminine side becomes a full-contact, no-holds-barred, battle to the death in Kämpfer!