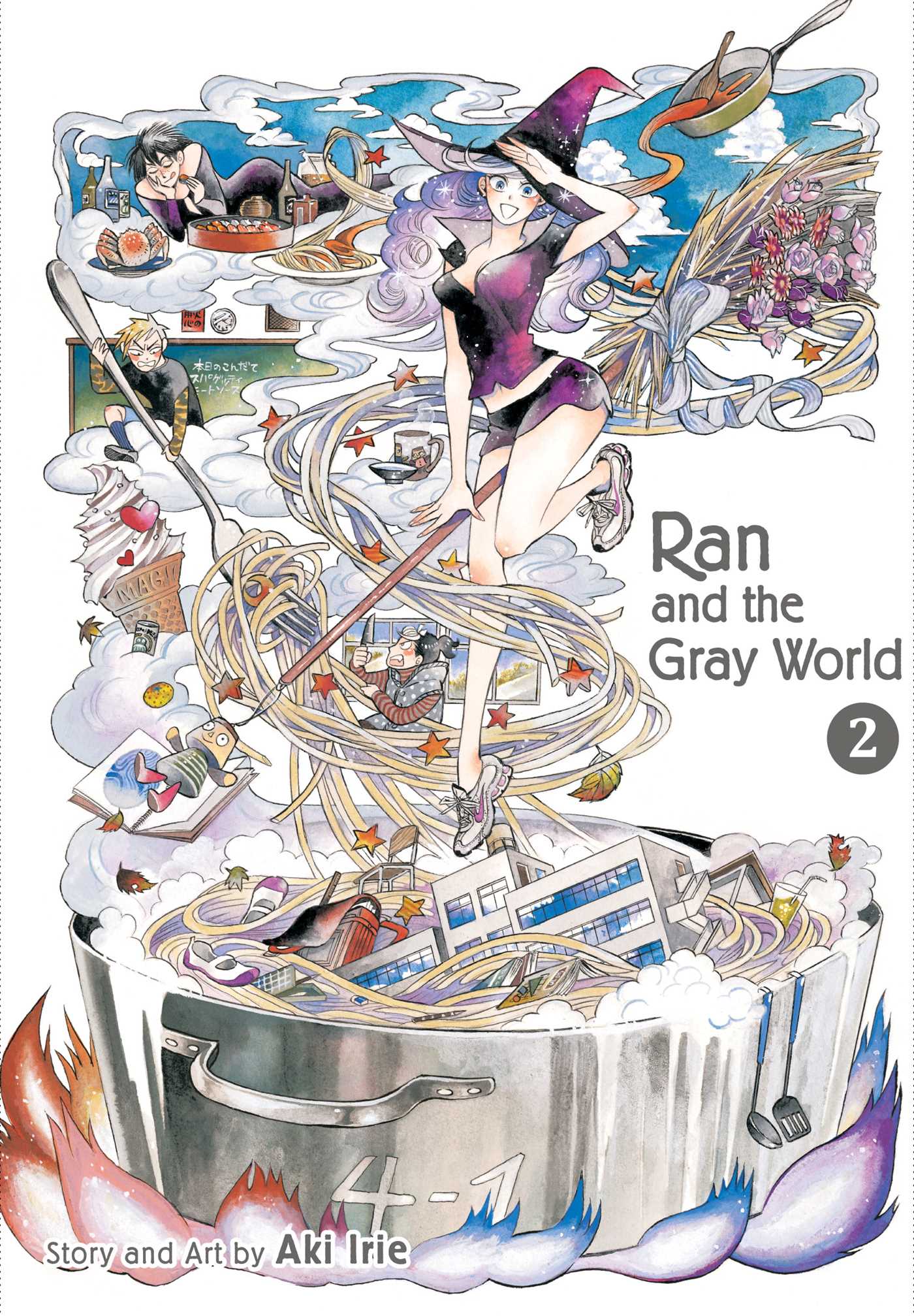 For some reason, it's very hard not to peer away from a volume cover of Aki Irie's Ran and the Gray World. The attention to detail on every stroke of ink and color made is filled with delightful personality, one that matches well to the contents within each book. There's just one thing that keeps said matching from being all too perfect: how messy and thrown around everything is, something that sadly mirrors the plot arcs within Ran and the Gray World.

Leaving off where the first part ended, the second volume of Ran and the Gray World brings a couple new faces to the titular character's world. The first newcomer is Tamao, a magic teacher chosen by Ran's mother Shizuka to tutor her on the basic and advance forms of spell-casting. While good at her job, she can be seen as rather lazy, sleeping late into the day and seeking nourishment only when best convenient. Once she gets into the tutoring mentality, her skills and tactics are shown to be most certainly powerful.

One other new face to the series is Hibi, a classmate of Ran's who feels bad when she sprains her ankle. It's very apparent that he has a major crush on Ran, sending her flowers from his family's boutique and keeping an eye on her at her house as she heals. (His reaction to her magic shoes is quite understandable, especially when he witnesses her child-to-adult transformation.) His mannerisms can be pretty bratty, but it fits well with how a male fourth-grader is more than likely to act around those of the opposite sex.

I am incredibly grateful for the introduction of Hibi, as Ran and the Gray World was seemingly pairing Ran with the much older Otaro. Thankfully, the series has found a way to put a cap on that relationship earlier than expected, with brother Jin literally smelling every single woman he's been with in the last month. Him becoming a victim to a deadly insect that escaped from Shizkua's Door has also helped to someway cement him as a possible antagonist for this series, with one of the bug's legs still intact within the back of his neck giving way to future problems for Ran and her family.

Narrative-wise, the manga can use a lesson or two on the art of organized storytelling. It took me a couple of read-throughs to figure out what was exactly going on with the Door and bug incident, as its interruption from Ran's personal plotline threw me in for a loop. In a way, it was like being zoned out while enjoying a relaxing book, only to have one's quiet tranquility ruined by having someone pop a balloon close to one's ear. You try to get back into what you were reading, but the groove you had is now nowhere to be found.

Fortunately, there's a good dosage of entertainment to be found in this volume. How Shizuka relaxes is filled with some visual gags, as she is literally liquified and mashed into putty as to remove the impurities. Ran messing up her magic as she attempts to boil water results in a plethora of mistakes and crazy antics. Despite his asshole-like mannerisms, how Otaro ceremoniously breaks up with someone is good for a couple of chuckles, especially with how the girl reacts to what happens with her prized earrings. The path that's been paved for Ran and Hibi's relationship also delivers some hearty laughs, with Ran's confusion over the boy's feelings resulting her in getting lost both mentally and literally.

The second volume of Ran and the Gray World is all over the place with its narrative, with its transitions from one plot to the next as graceful as a hungover sea lion. With that being said, one cannot help but be enchanted by Irie's visuals and attention to the more magical elements of its story. Personally I like where this story is heading, especially with Tamao and Makoto now entering Ran's mystical realm. However, here's hoping Ran and the Gray World can organize its narrative a little better next time around.