HomeComics/MangaMANGA REVIEW | "Ran and the Gray World" - Volume One

MANGA REVIEW | "Ran and the Gray World" - Volume One 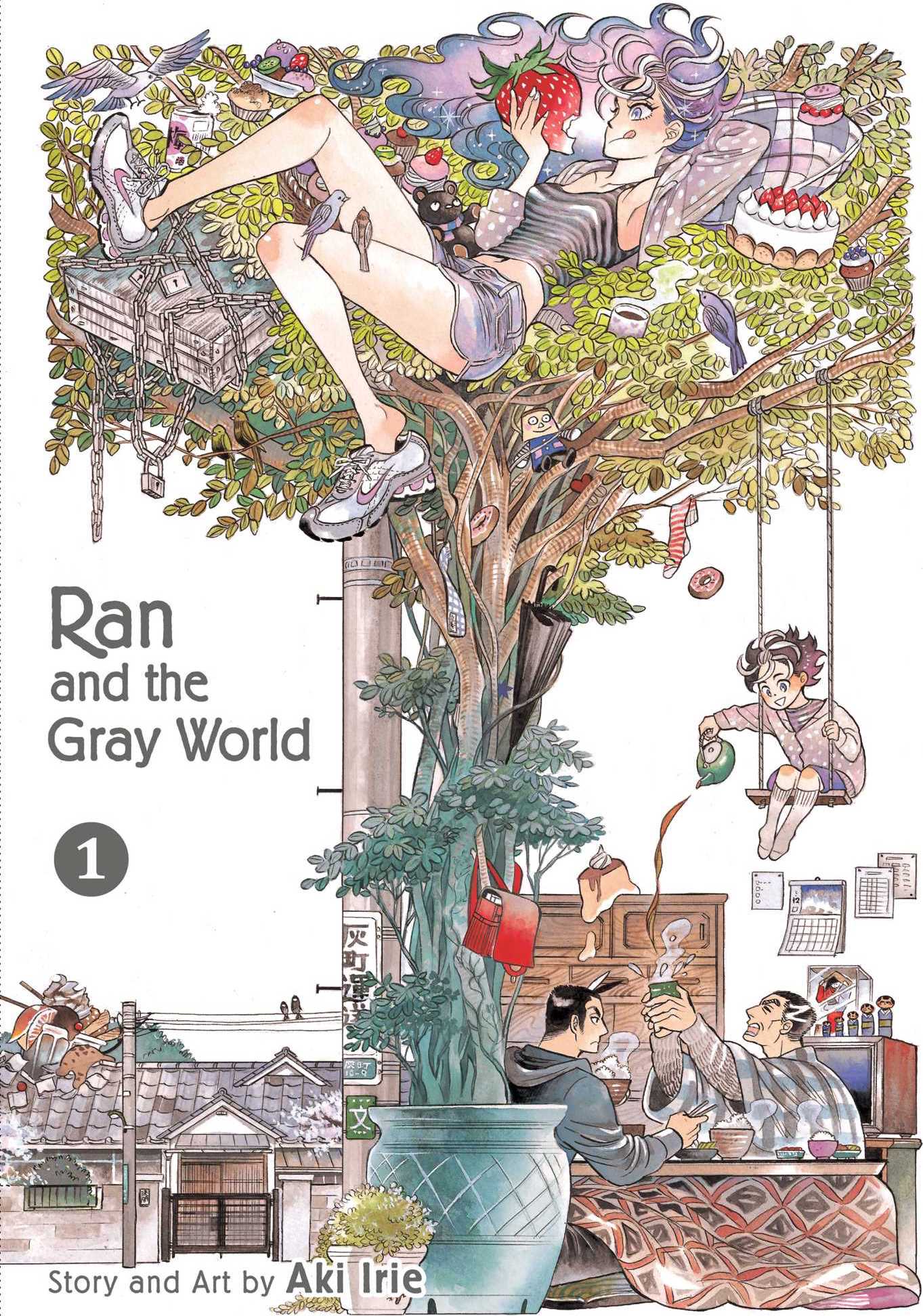 MANGA REVIEW | "Ran and the Gray World" - Volume One

There's a level of enchantment that Aki Irie's Ran and the Gray World encompasses its audience with. The first work of Irie's to be published in America, the story comes off as a grown-up's answer to fables or bedtime stories. How it goes about showcasing the more fantastical elements is what will hook any passerby just by a mere glance at the first volume's gorgeous cover art.

Ran and the Gray World focuses on the titular character and her magical family. With a pair of magical running shoes, Ran can transform into an adult and seek out many adventures. Although she may already be powerful and appear to be mature in her older state, Ran quickly sees that the world that surrounds her isn't always as magical as she would like it to be. Thus, with the aid of her parents and older brothers, Ran slowly learns to better herself with the knowledge of how the real world works, as well as how to use her talents to make it all the more better. 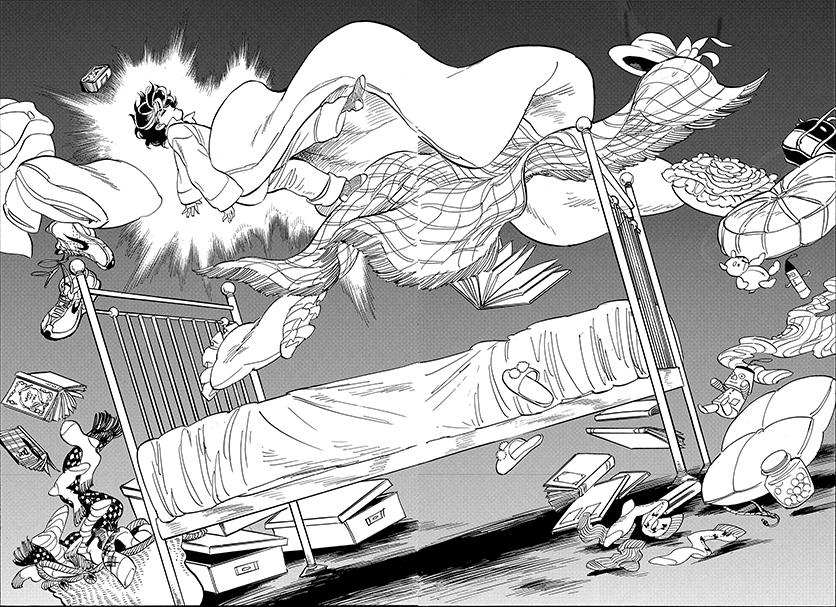 Right at the get-go, the story somewhat takes an A.D.D.-like means of telling its story. The narrative places its focus on just about everything that's in frame, from Ran's mischievous acts of rebellion to the sights and sounds of the magic occurring all throughout the household. In a way, what is flashed throughout the pages can be pretty overwhelming, to the point where one would think they'd need a breather or two in-between chapters to take in the events that had just occurred.

And yet, the art style of Irie makes it all the more easier to soldier through to the next story. Ran and the Gray World has some of the most vivid and beautiful drawings I've ever seen put into a manga. I mentioned the cover art earlier, which is fully detailed via the beautiful tree blossoming from the small pot and both young & old Ran enjoying themselves hanging above & around it. This is but a mere taste of what people can expect from this first volume, as each panel blossoms with some of the most eye-popping beauty that defies the average person's imagination. The trees, the flowers, the birds, and even the people are drawn with a level of perfection that is usually reserved for the finest of art galleries. 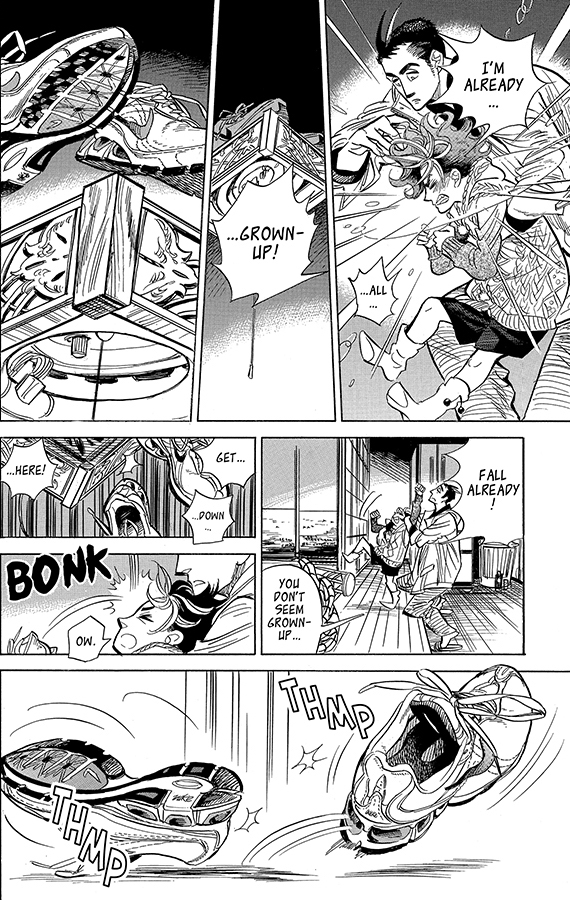 Going back to the story aspect, although its narrative can be a bit messy at times, I can't help but feel like that's the point. Irie is demonstrating how a young girl with magic beyond belief is seeing the world and feeling the situations that have fallen on her lap, so of course it should be very much all over the place with its focus. Having said that, things go onto a more straight and narrow path when Jin sets out to find Ran after she runs away in search of her mom. Although the antics can still be crazy at times, the way the story tries to frame Ran's immaturity helps to keep the story focused on being a tale of morality and understanding.

However, with the (humorous) entrance of Otaro, I'm worried that Ran and the Gray World is trying to paint a romantic link between him and Ran. With Otaro not knowing of Ran's true nature, the manga could walk a dangerous path if it were to try to pair them up in some way. My hope is that Otaro quickly finds out the truth about Ran, and rightfully backs away from the situation at hand. (It's helping that Ran smartly flies off after he embraces her, with her naive mind putting the pieces together as to what he was trying to convey.) Still, fingers are crossed that Irie can tackle this story point with far better maturity and realism than other writers have done so in the past. 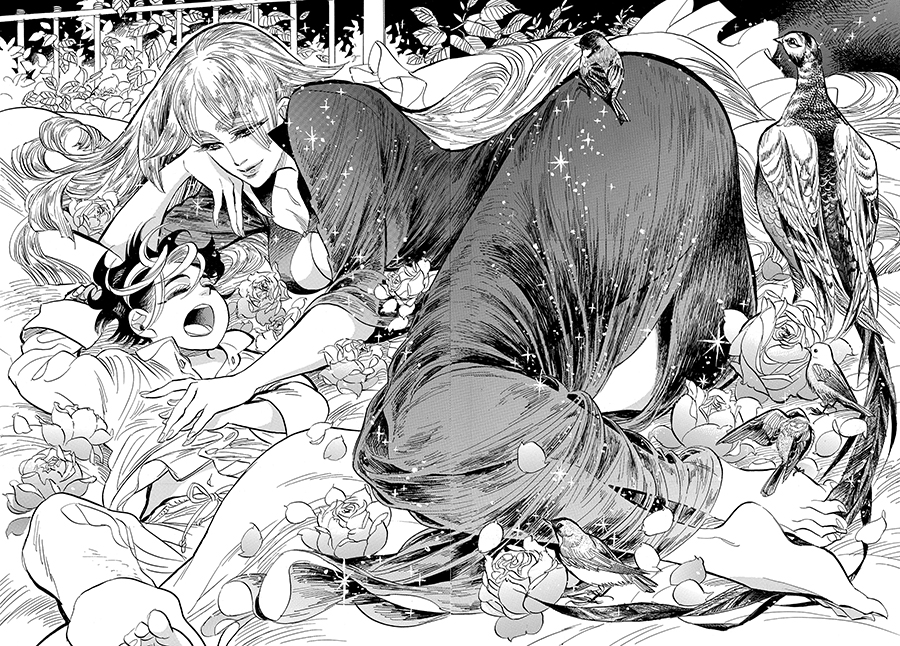 The fact that it has taken nearly ten years for Ran and the Gray World to come stateside is something of a travesty. Filled to the brim with beautiful art, whimsical magic, and fairy tale-like storytelling, Irie's manga is truly a wonder for the eyes and mind. What is showcased here in the first volume is nothing short of visual candy, the kind that's engulfed in a level of sweetness that's usually reserved for the finest of imported chocolates. It goes without saying that the first volume of Ran and the Gray World will easily enchant any reader that's itching to pop by for a spell.

Background Noise: Life is Wonderful by Clark Twain - Just as Ran is discovering the wonders (and scarier aspects) of our world, indie pop rocker Clark Twain presents his spin on the finer and simpler things in life on his debut album! A blend of Ben Folds and Jonathan Coulton, the record kicks with strong melodies and clever lyrics, especially on such tracks as "Fly High (Like Richard Branson)" and "Tiny Windows." He's also not afraid to play it hard, as evident on the head-banging "Made For This" and the ivory-tickling "Black Car." Life is Wonderful is an album worthy for any quick soar, and you won't need a pair of magical shoes to make it happen.