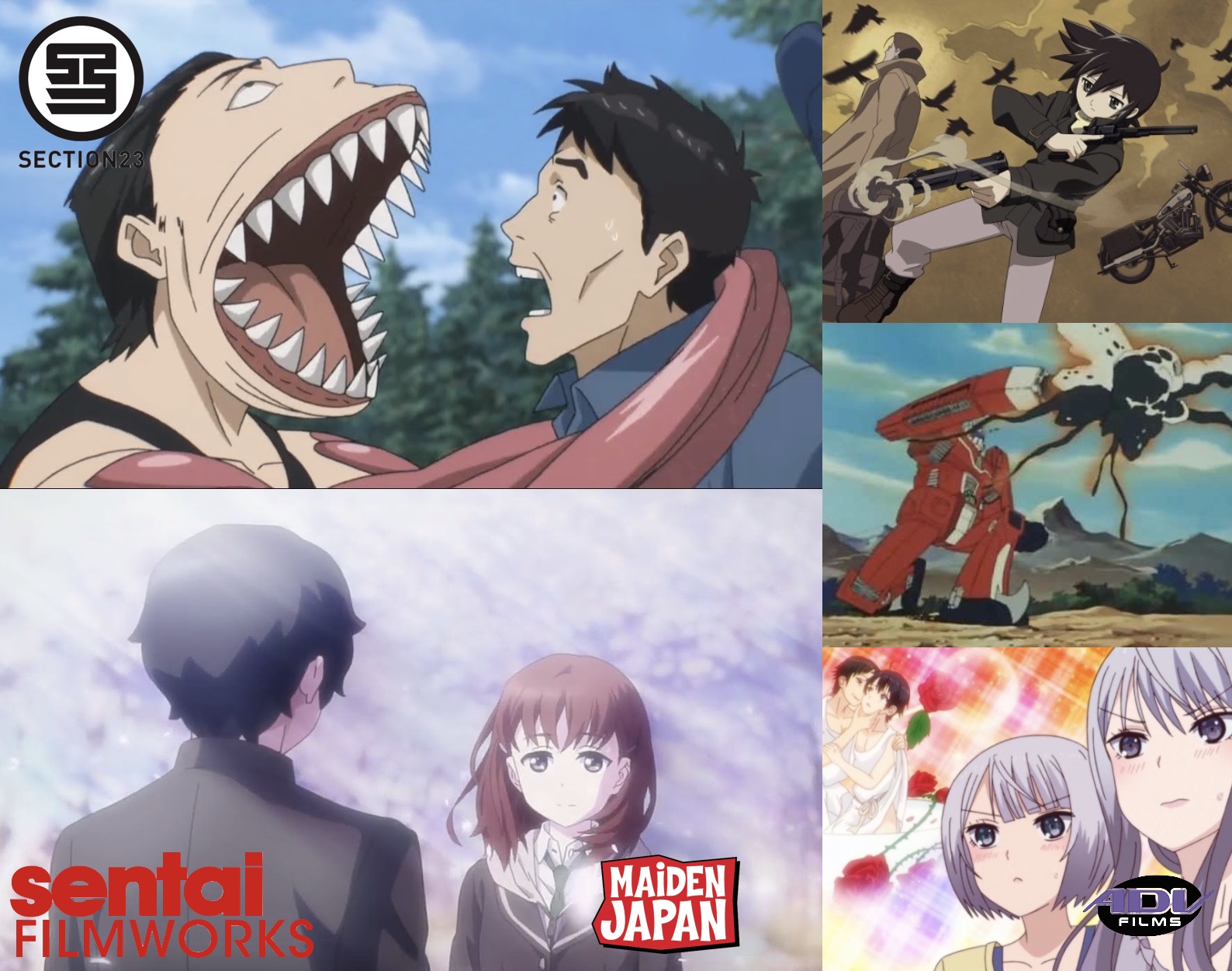 Love is in the air during the month of February, and Section23 Films has a few releases that coincide with things of the romantic kind...maybe? 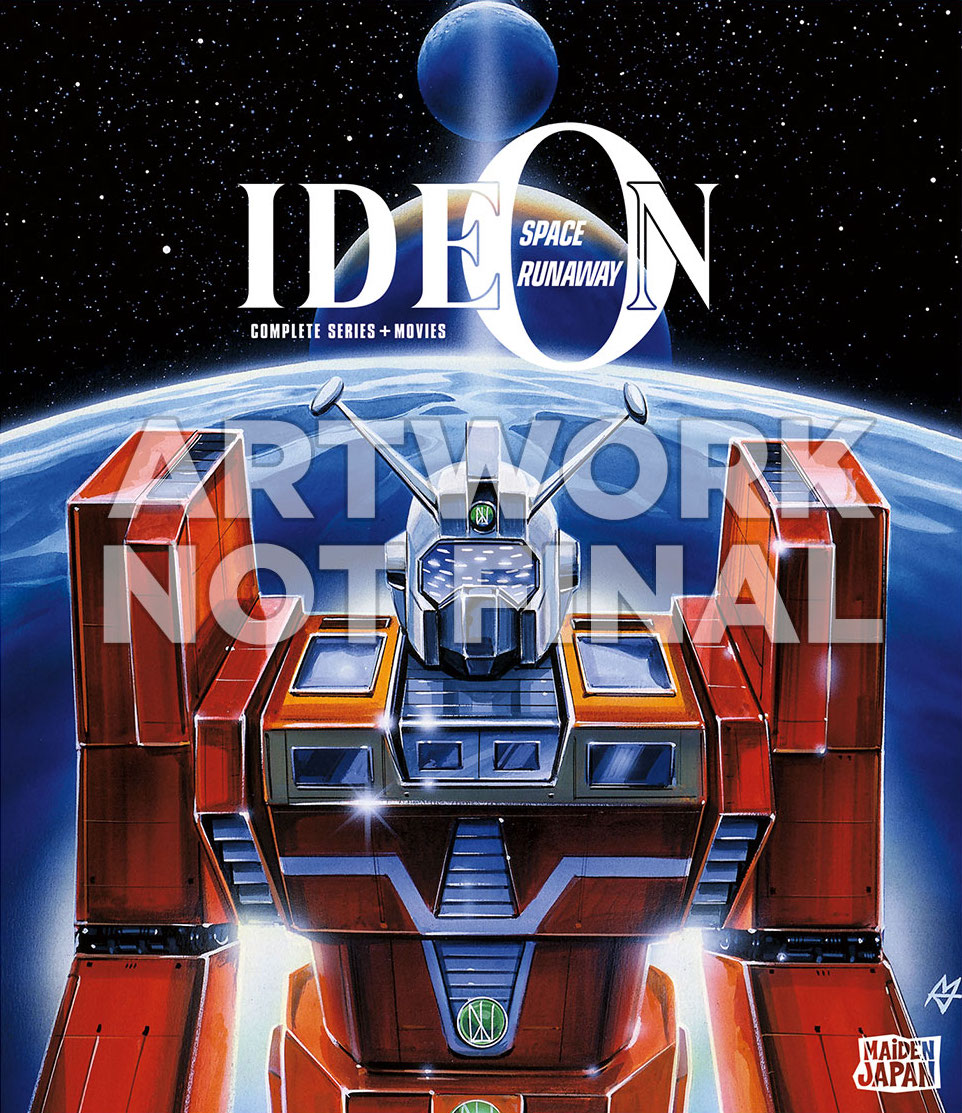 Originally due for release in December 2018, Space Runaway Ideon gets a new date and a nicer Blu-Ray format on February 5th! When Earth archaeologists on the planet Solo dig up a set of strange vehicles, they have no idea that they've unearthed something that will change the course of mankind. Even more shocking is the discovery that a SECOND human race called the Buff Clan is also seeking the mechs! A deadly competition ensues as the two races battle to secure the secrets of what the Buff Clan calls the "Ide". While the fight initially favors the Buff Clan, everything changes when young Cosmo Yuki and his friends accidentally power up the ancient machines that form the most powerful robot the universe has ever seen! But even with the Ideon defending them, the return to Earth won't be easy, and there's a long hard journey filled with combat and sacrifice ahead! 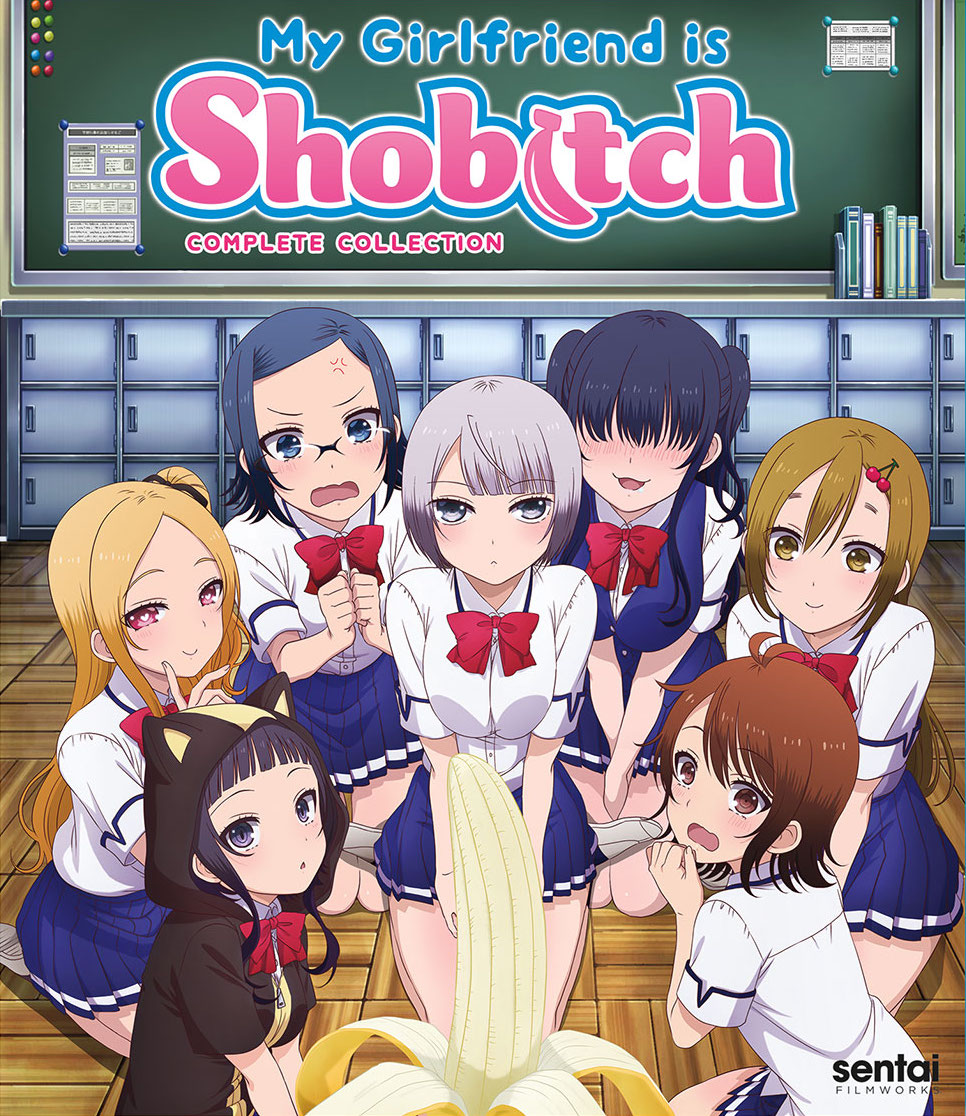 Those seeking more sexy puns and naughty misunderstandings need look any further than February 12th's release of My Girlfriend is Shobitch! When Haruka asks his classmate Akiho to go out with him, he's hoping that she'll say 'yes'. What he isn't expecting is for her to agree, then approach their relationship with an emotionally detached attitude as if she was writing a research paper with sex as the topic! It's all about maximizing compatibility, Akiho says, but when preparation for a first date requires Haruka to divulge a comprehensive list of his sexual fetishes in advance for planning purposes, perhaps there's something to be said for getting to know each other the old-fashioned way! And if Akiho's clinical approach isn't awkward enough, things get really weird when it's time to meet the parents and Haruka learns where Akiho's odd demeanor comes from! (Check out our review of My Girlfriend is Shobitch here, where we said it's "the right amount of dumb fun for those looking to turn their brain off and watch some high schoolers get stupid over the dirty things in life.") 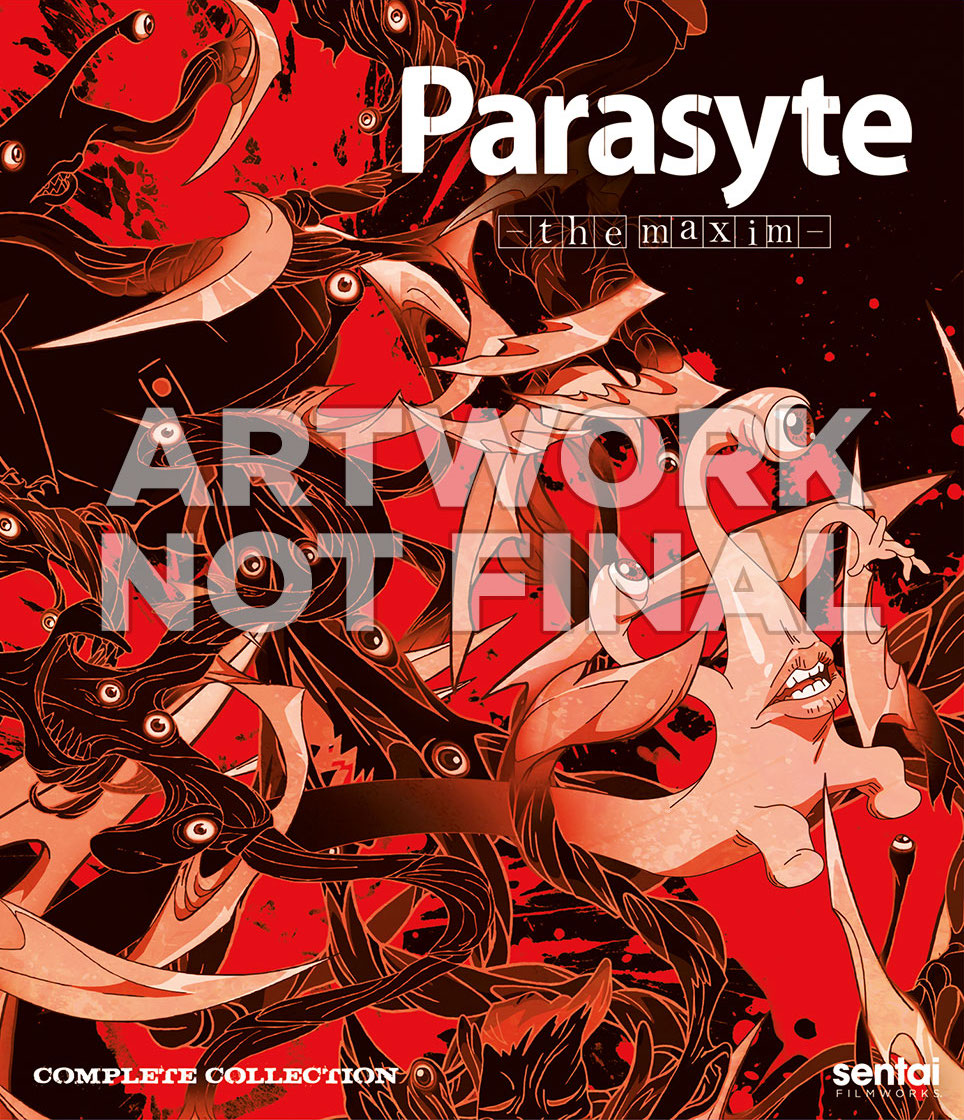 February 19th is when anime fans can be thankful that their hand isn't possessed by an alien, in the Complete Collection release of Parasite ~The Maxim~! They’re the perfect killing machines, blending invisibly into human civilization by taking the form of their last victim. For Shinichi Izumi, infected with a deadly parasitic organism that’s determined to devour his brain and turn his body into the Earth’s new apex predator, they’re the ultimate nightmare. But instead of being consumed, Shinichi manages to partially foil the attack, leaving him with the parasyte known as Migi taking the place of his right hand. Now forced to share the same body, the two must become unwilling allies. Because Migi isn’t the only one of his kind, and unless they work together, they’ll both be killed as abominations. Prepare yourself for a horrifying new world where monsters lurk behind every corner and every face as the human race becomes prey! 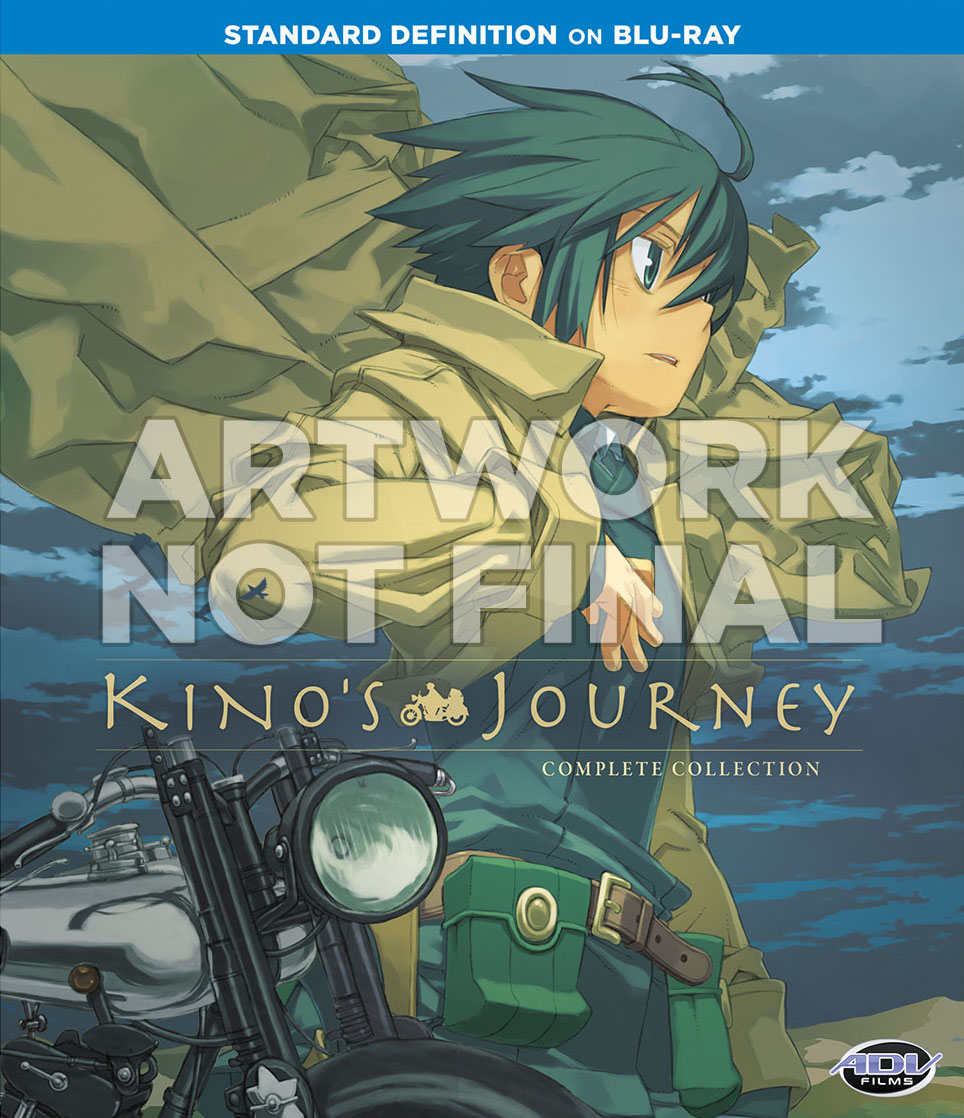 The original Kino's Journey finds its way onto Blu-Ray in a Complete Collection set on February 26th! Kino's an enigmatic loner, skilled with weapons and always anticipating what might lie around the next hill or bend of the river. Hermes is Kino's friend, companion, and motorcycle, gifted with the ability to think and speak, seldom as bold as Kino, but always there when speed is required. What is their goal, their ultimate destination? Like life itself, it's all a mystery that one can only solve by taking the journey. All Kino and Hermes know is that adventure, danger, and new wonders lie on the horizon, waiting to be encountered at each passing stop. 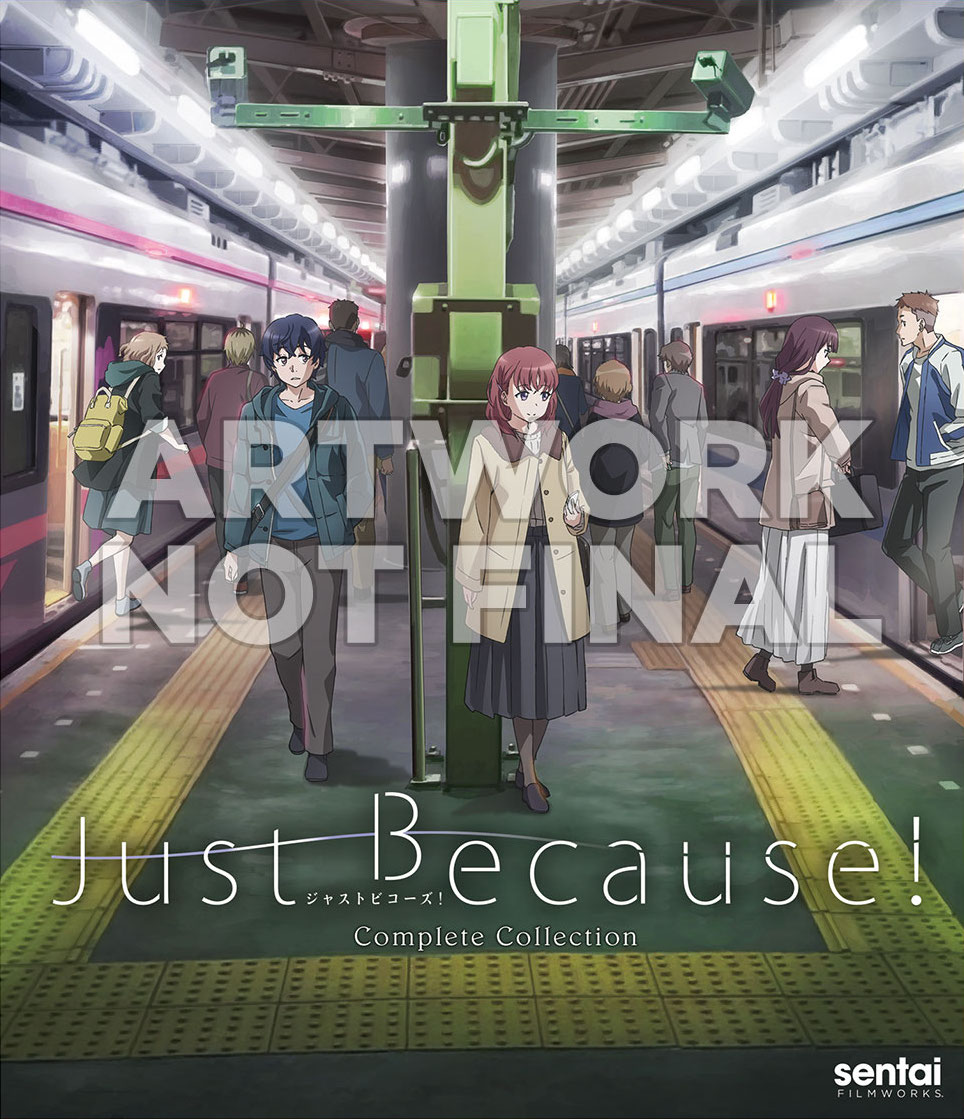 Lastly, the romantic slice-of-life Just Because! flutters onto home video on February 26th! 's the last semester of high school and graduation is finally in sight for Haruto Soma and Mio Natsume. All they have to do now is keep studying and avoid any major drama until they get their diplomas. Unfortunately, that plan is completely derailed by the reappearance of their mutual friend Eita Izumi, who moved away four years ago and has suddenly transferred back. Now things are a bit awkward for all three. They're not the same people they were in middle school, and reconnecting will mean addressing old issues and unresolved feelings. It won't be easy; it could be painful. And the results will change not only their futures, but those of their fellow students, as fate proves that it can alter the course of a lifetime in a single instant!