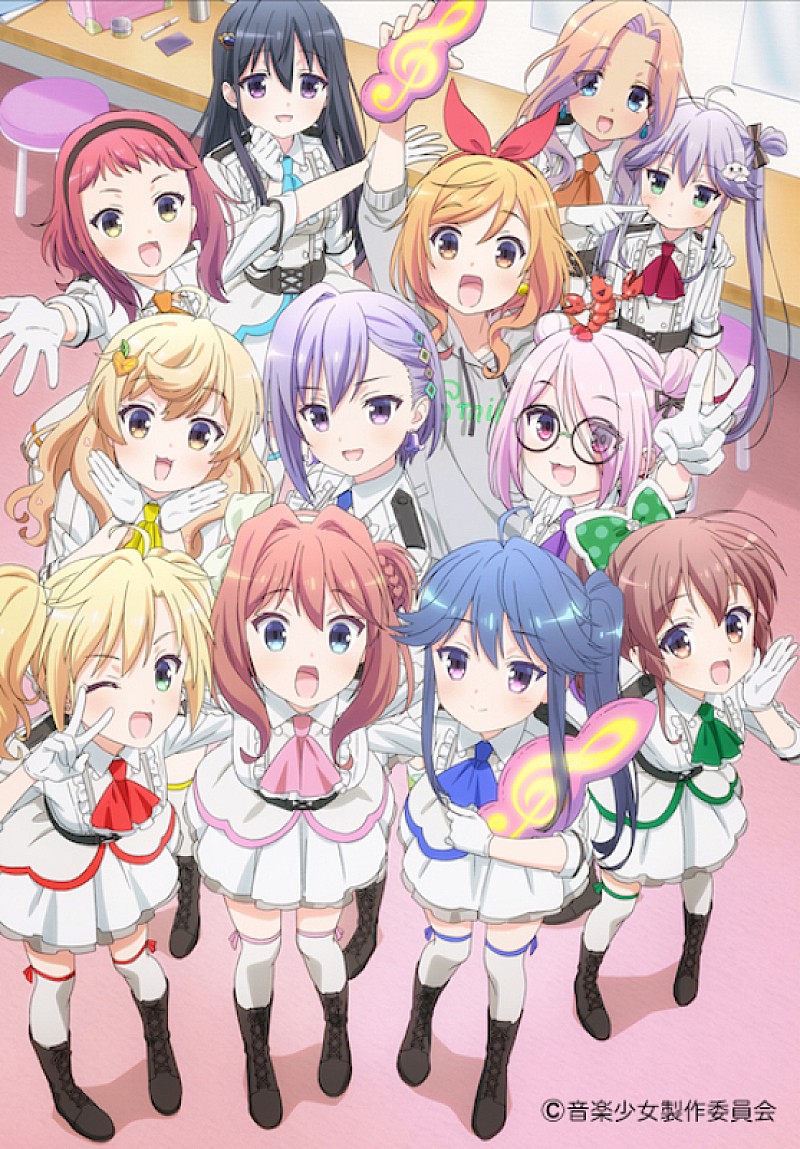 Series about idol groups are a dime-a-dozen, leaving little room for originality in the genre. Sometimes the strength is in the storytelling (THE iDOLM@STER), the music (Wake Up, Girls!), or -- in rare cases -- both aspects (Love Live!). But man, do the lackluster aspects of this genre pop out in Music Girls, the recent anime from Studio Deen (KonoSuba, Junji Ito 'Collection'), where everything comes off as bland and uninspiring. Then again, that's what happens when an industry has tread this road one too many times.

An expansion of Deen's short film, Music Girls places its main focus on Hanako Yamadaki (Seria Fukagawa), who returns to Japan while her parents are playing a show with their classical group. At the airport, Hanako runs into an idol group called Music Girls, who are seeking a twelfth member. After failing the audition due to her tone-deafness, Hanako finds herself useful as a gofer behind-the-scenes. With the girls' can-do attitude and Hanako's perseverance, the idols do their best to outshine the rest of the groups out there. 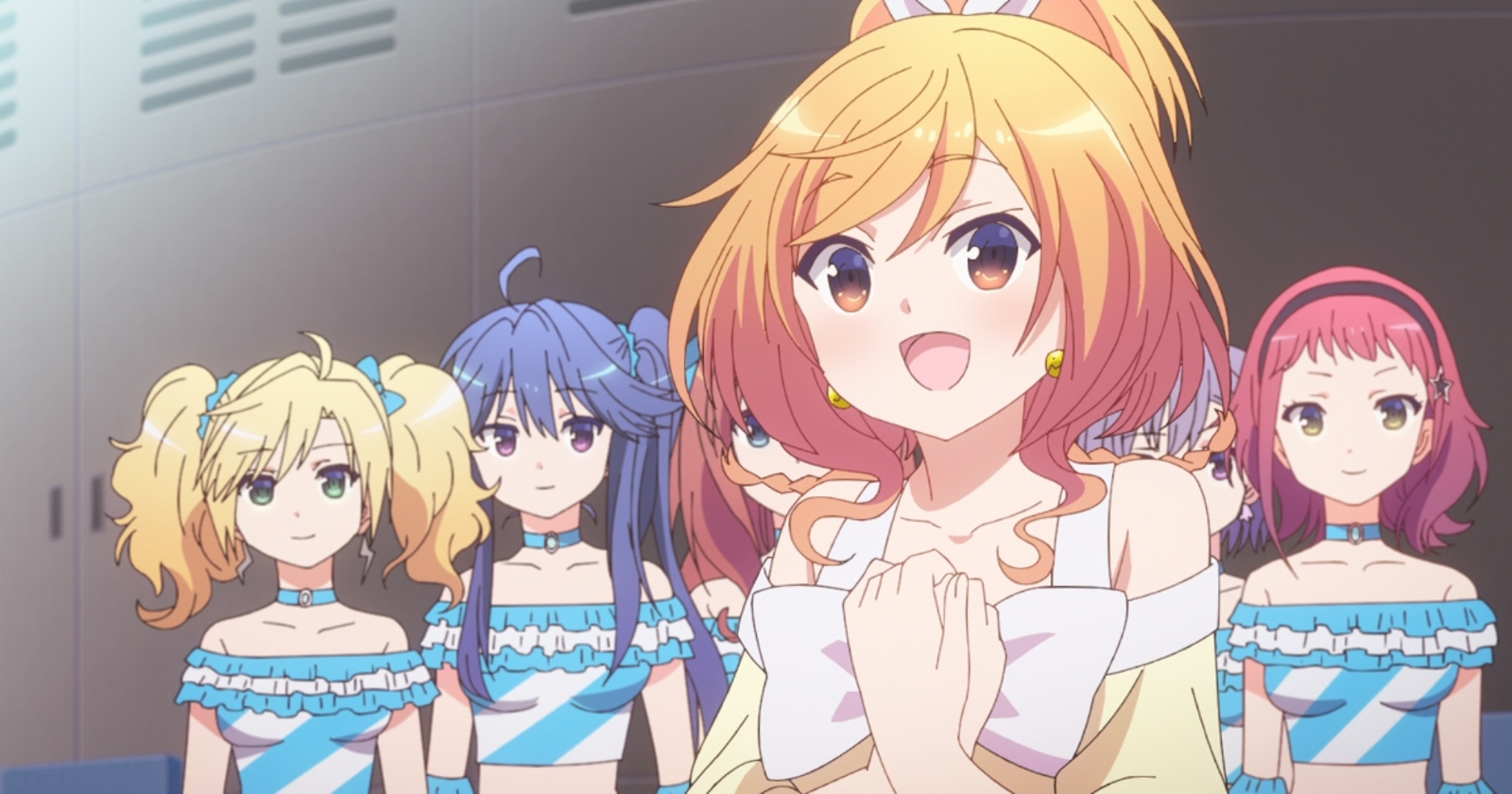 When Music Girls places its focus on Hanako, the show does a pretty decent job with demonstrating how these sorts of idol groups tend to function. Rushing back-and-forth between dance practice, songwriting sessions, photo shoots, and TV shoots are all presented as stressful situations. This is usually glossed over in other idol shows, going for more of the glamour and fantasy of being in an idol group than the overworking nightmare that it really is. It's also here where you see Hanako as a beacon of hope for the idol troupe, throwing towards as much of a can-do attitude towards the performers to pull them out of their rut.

However, it's when the spotlight is on the idol troupe itself when the series begins to suffer. Rifts between group members, conflicts with composers, and even threats of disbandment are done so in a way that drags down whatever originality this show has. Every conflict feels forced, and the tension that it brings comes off dull and uninteresting. Moments like this made me care less and less for these idol girls, to the point where the final episode had me rolling my eyes at every kerfuffle that occurs during their festival performance. 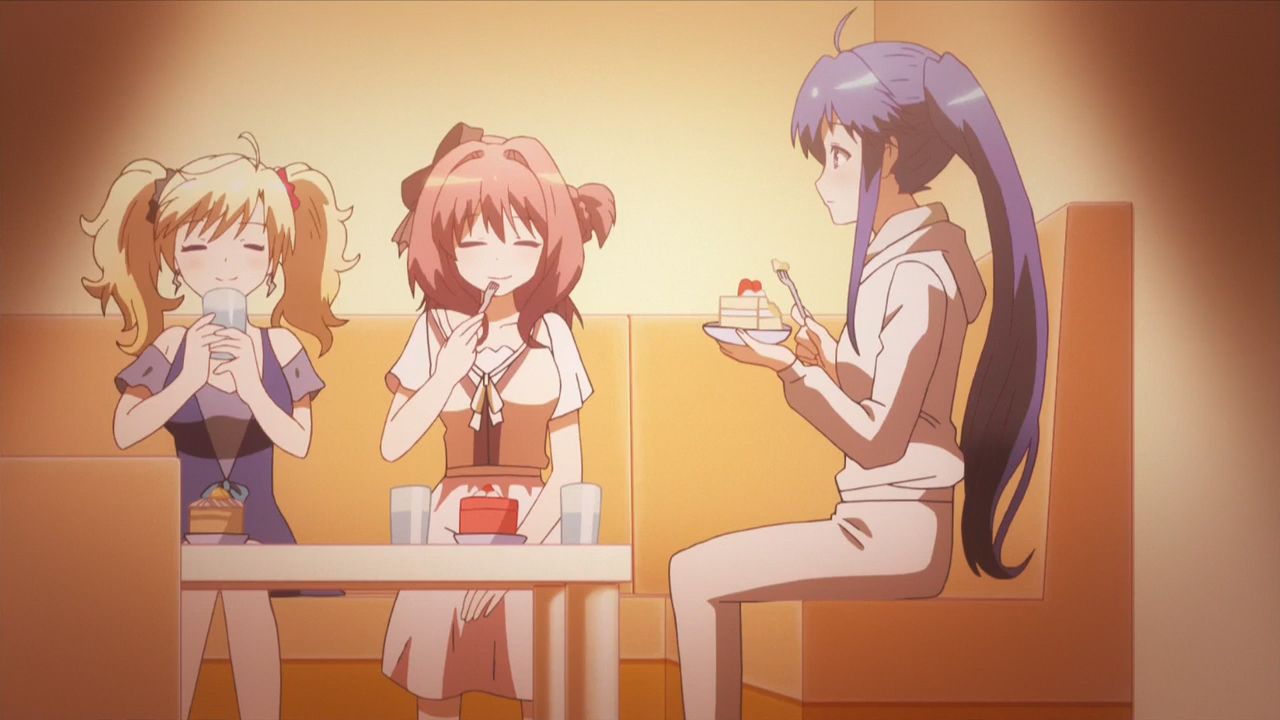 The songs themselves in Music Girls are just as uninspired. Although there are a couple of good tracks performed by the voice actresses, most of it feels like it was made by a factory rather than a person. Its songwriters basically took what worked in other shows and attempted to imitate it, resulting in music that lacks a true heart and soul to contain it. (Considering King Records had a hand in making this series happen, you would've thought that they'd take the initiative and hire some of their more talented songwriters to help with creating the songs.)

Heck, even the way the performers sing the songs sounds half-assed, with the talents of Sumire Uesaka, Lynn, and Yui Ogura seemingly going to waste for such a weak selection of music. While it sounds like they're having some sort of fun when not singing, it can't be helped that the material they were given just wasn't up to the usual par that writer Deko Akao (Anonymous Noise, Flying Witch) has delivered in the past. The only shining spot in the whole show is Fukagawa, whose performance as Hanako is peppered with a good amount of strength and determination. 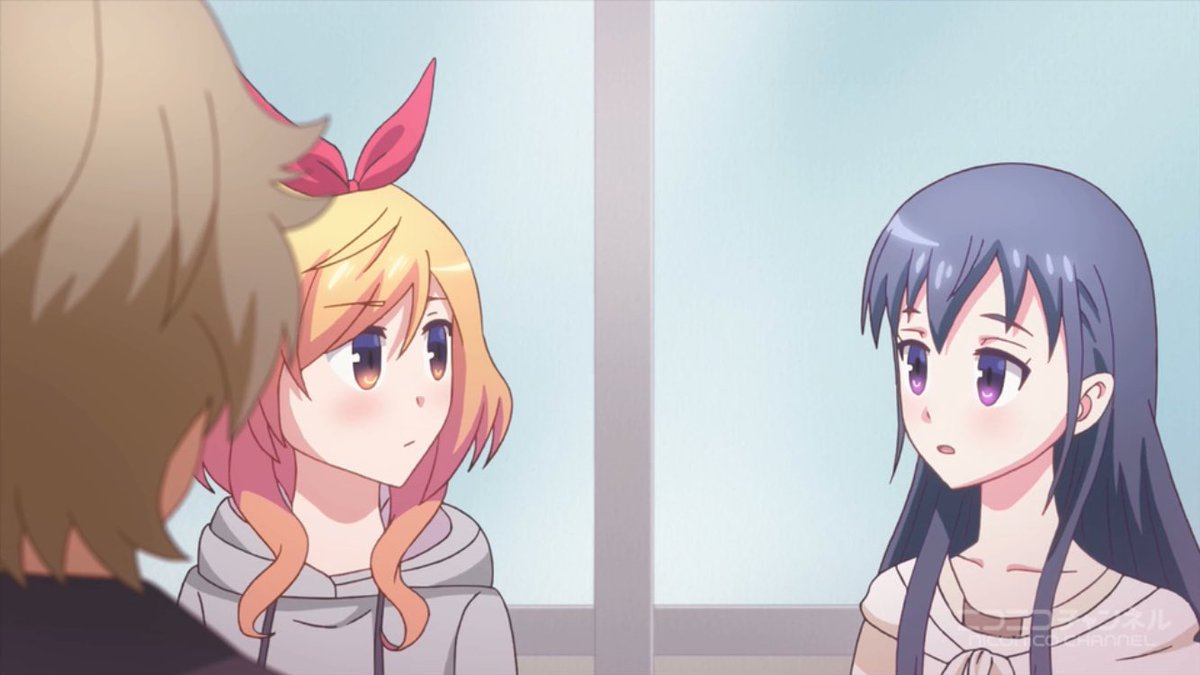 Even worse is Studio Deen's animation. I know it can be a joke that a lot of anime can look similar to one another, but this is the first time in awhile where I noticed how every female character had the exact same face. Character motions also seemed budgeted, with reused shots and most of the performance scenes succumbing to storybook-styled presentation. Everything about the visual presentation of Music Girls is just lazy, plain and simple.

Music Girls may try to stand toe-to-toe with other music anime, but it trips and falls face first onto the stage before it even gets a chance to perform. Although it can have some decent writing in some episodes, most of it feels like old hat now that just about every anime season has at least one of these types of programming. It tries its darndest to be different, but in the end Music Girls comes off as a terrible bargain bin knockoff of the better idol anime series out there.

Music Girls can be viewed on Crunchyroll, VRV, and AsianCrush. Episodes 1-12 were observed for this review. Promotional consideration provided by Crunchyroll.