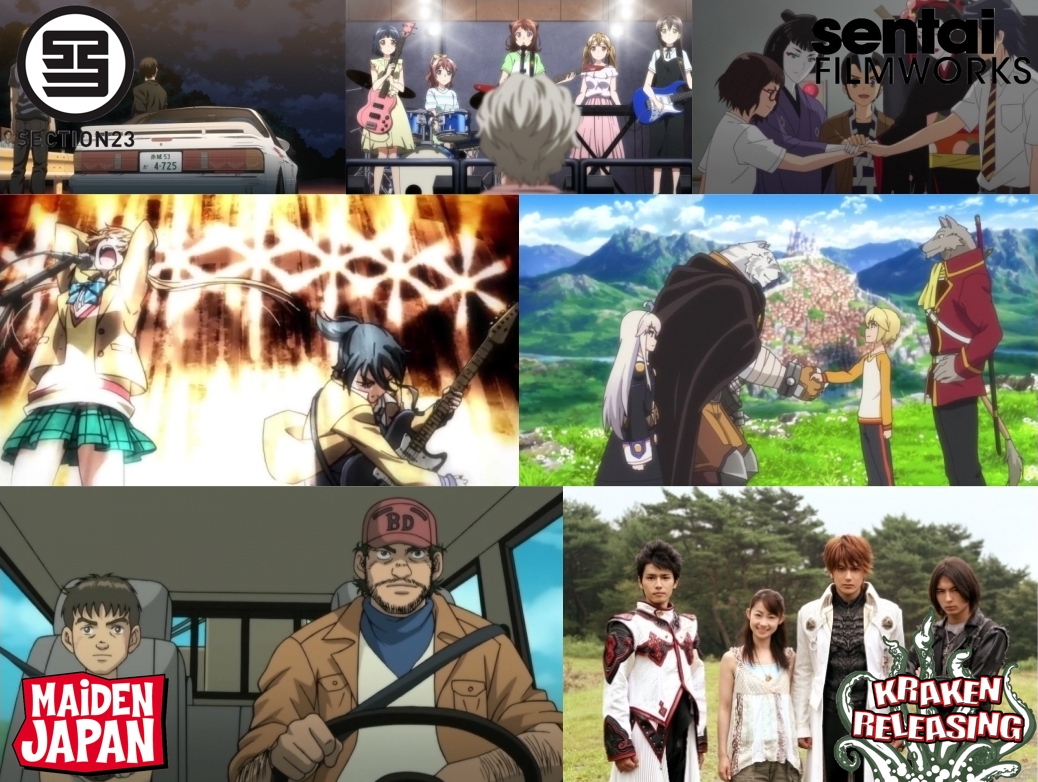 With Spring ending and Summer just starting out, Section23 Films is looking to give anime fans a double-dose of rock 'n' roll, a prescription for Japanese theatrical culture, and much much more this June! 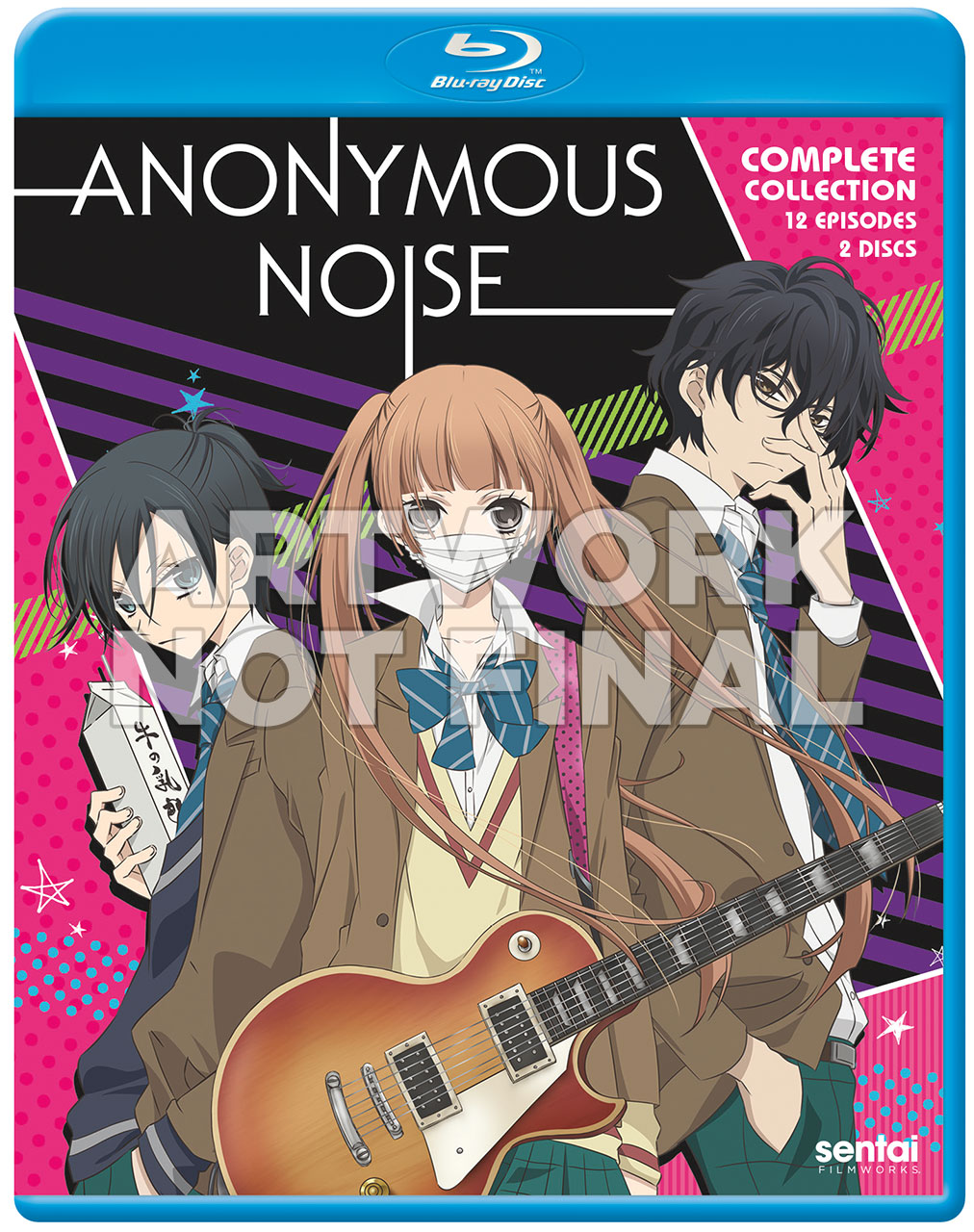 Things kick off on June 5th with the release of Anonymous Noise! Six years ago Momo taught Nino the joy of singing from her heart. When Momo's family moved away without warning, Nino found herself lost and adrift. Until she met Yuzu, who also had a musical gift that he shared with her until he was suddenly gone as well, leaving nothing but the memory of his music. Before they disappeared, both Momo and Yuzu said the same thing- that Nino should keep singing, because that was how they'd find her again. Now, as Nino starts high school, their paths are all about to cross again. But while Nino has kept singing and remembering how things were, Momo and Yuzu have changed. Now it may take a miracle to bring them back together when a triangle becomes more than a musical instrument. (Check out my review of Anonymous Noise here, and see why "you probably won't find a better music-based show worth cranking it to eleven for.") 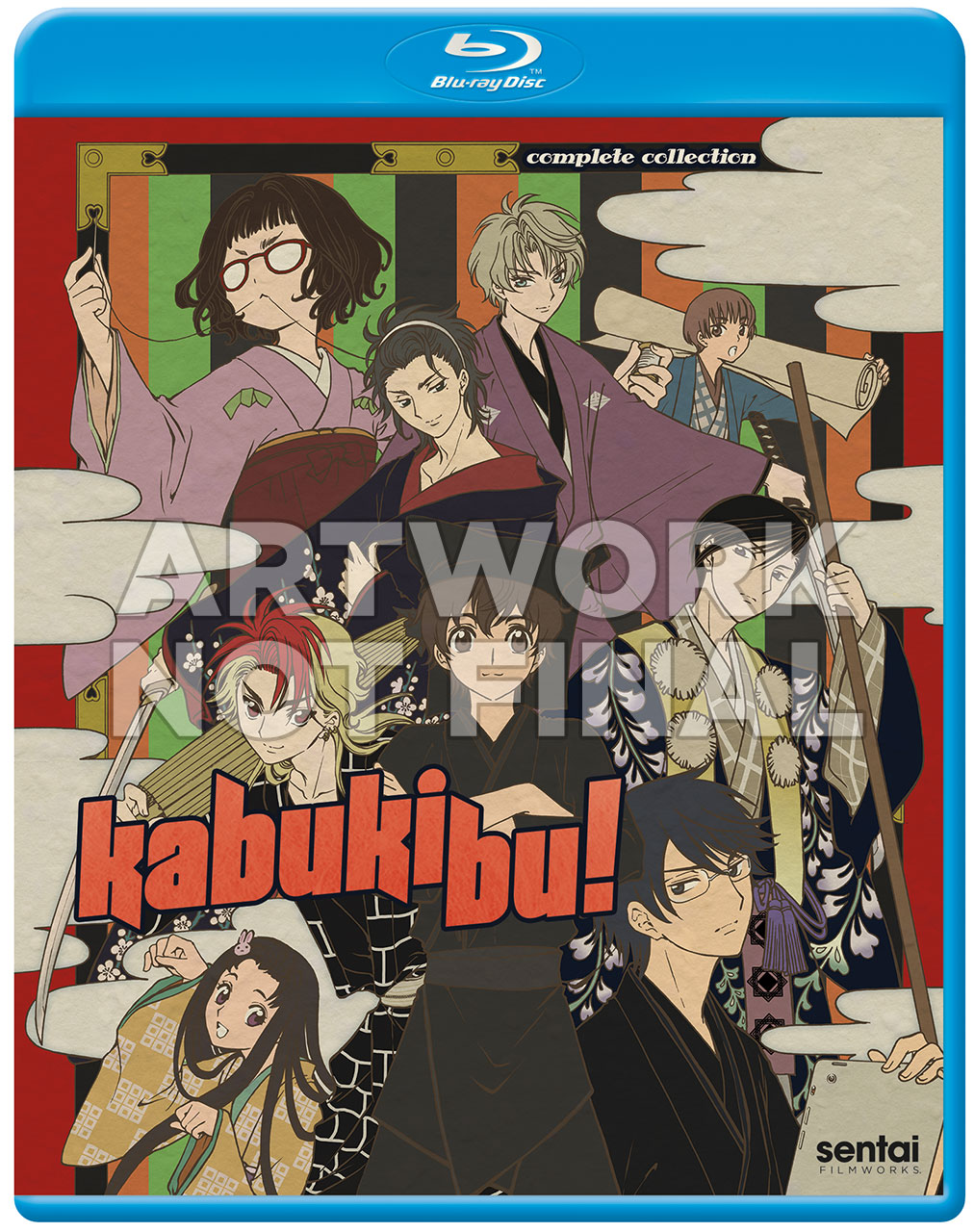 If rock 'n' roll isn't your thing that day, June 5th will also bring forth the theatrics for Kabukibu! With its elaborate makeup, gorgeous costumes and stylized pantomime, there are few forms of entertainment that are as iconically Japanese as the ancient mix of dance and drama known as Kabuki. And yet, modern Japanese students tend to have little interest in it, which frustrates Kurogo Kurusu. Kurogo has loved Kabuki ever since he was a kid, and the fact that his high school has a drama club but no kabuki club drives him crazy. So, naturally, he's decided that the solution is to make his own club. Even if it means drafting other students, getting a faculty sponsor who knows nothing about the art, and "bending" some of the stricter rules about things like allowing girls to participate in the classwide culture shock! 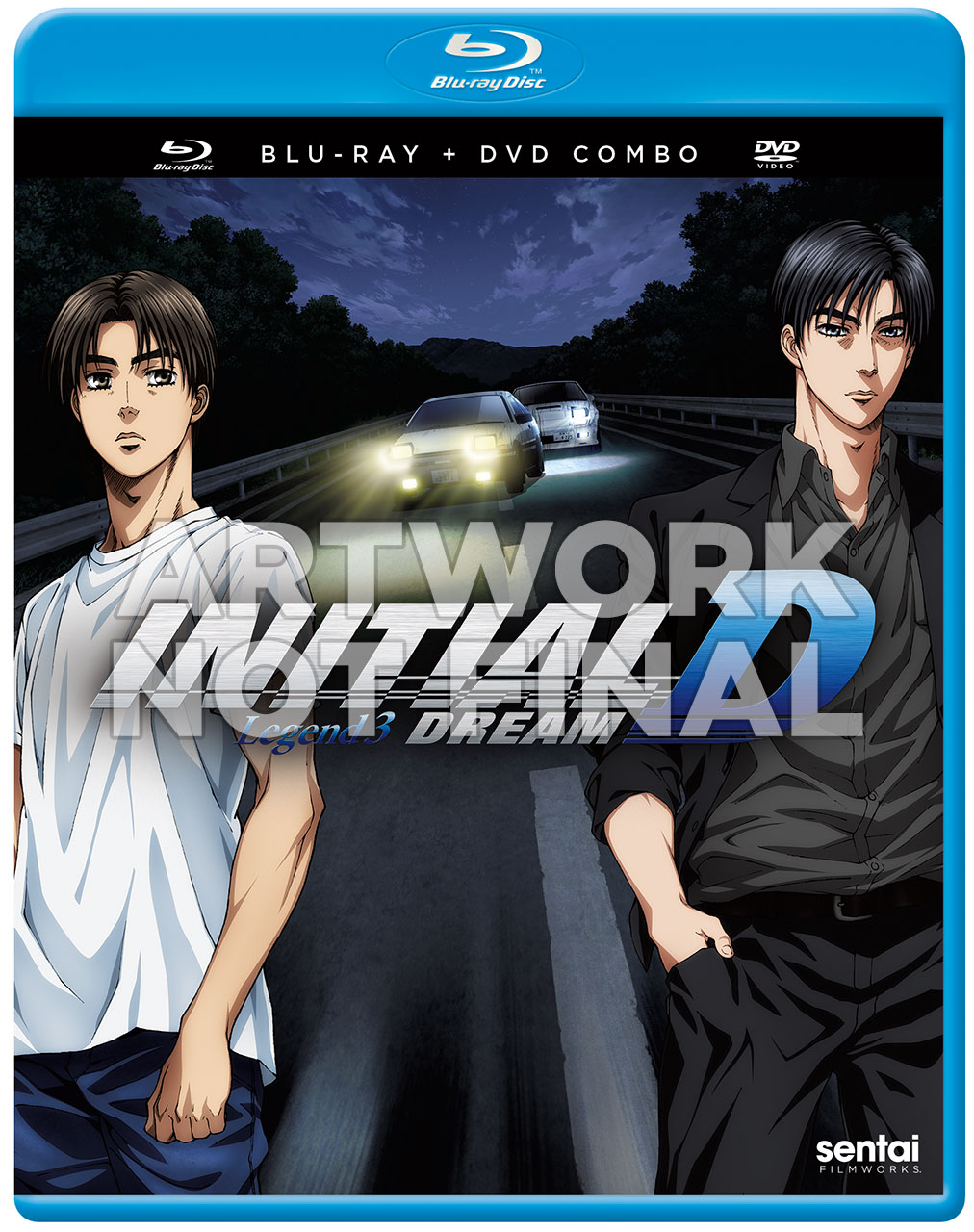 The final film in the new Initial D Legend trilogy hits the American pavement on June 12th with the release of the third Dream installment! As the final showdown between breakout downhill racing phenomenon Takumi Fujiwara and Ryosuke Takahashi, the unbeaten leader of the Akagi RedSuns, draws near, both drivers and their teams go into overdrive. Takumi's 86 and Takahashi's RX-7 are broken down, retuned and transformed for battle. Skills that are already at the top of their form are honed into razor sharpness. Takumi must resolve his romantic situation with Natsuki. And then the race is on! Get ready for the ultimate duel on blacktop as the masters of drift square off in a winner-take-all competition that will steal your breath away! 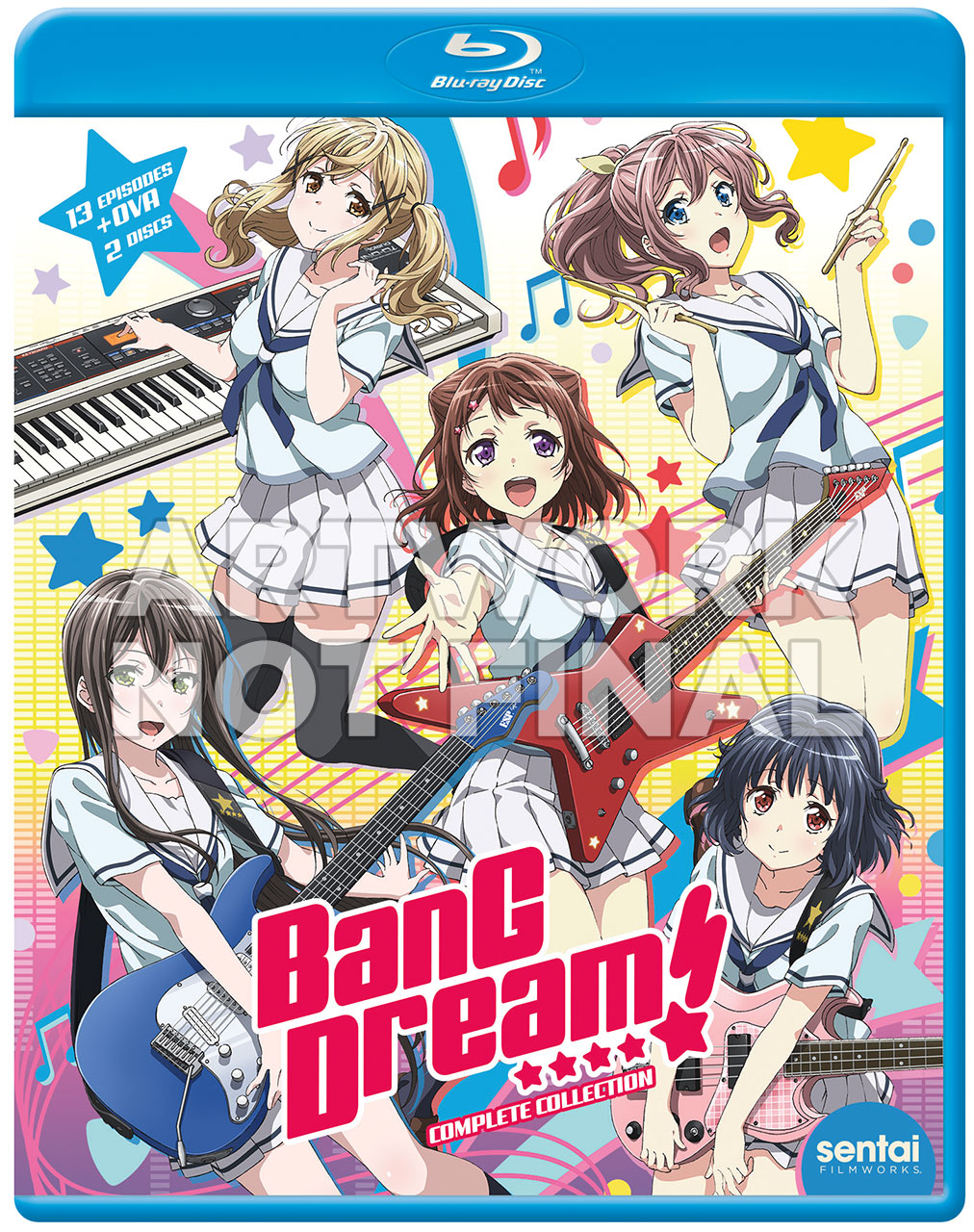 More rock 'n' roll dreams arrive on June 19th with the complete collection for BanG Dream! Kasumi Toyama was enthralled by the stars as a young girl, so when she discovers a trail of star-shaped signs one day after transferring to a new school, she can't help but follow them. They lead her to a shop run by the grandmother of one of her new classmates, and Kasumi finds something that will change her life forever: a star-shaped guitar! And just like that, Kasumi knows that forming a band is her destiny. Of course, convincing Arisa and her grandmother to sell her the guitar won't be easy, and finding a group of other girls who want to become musicians will be even harder. But when a girl has stars in her eyes and a starbeat in her heart, there's nothing that will stop Kasumi from making her fantasies come true. 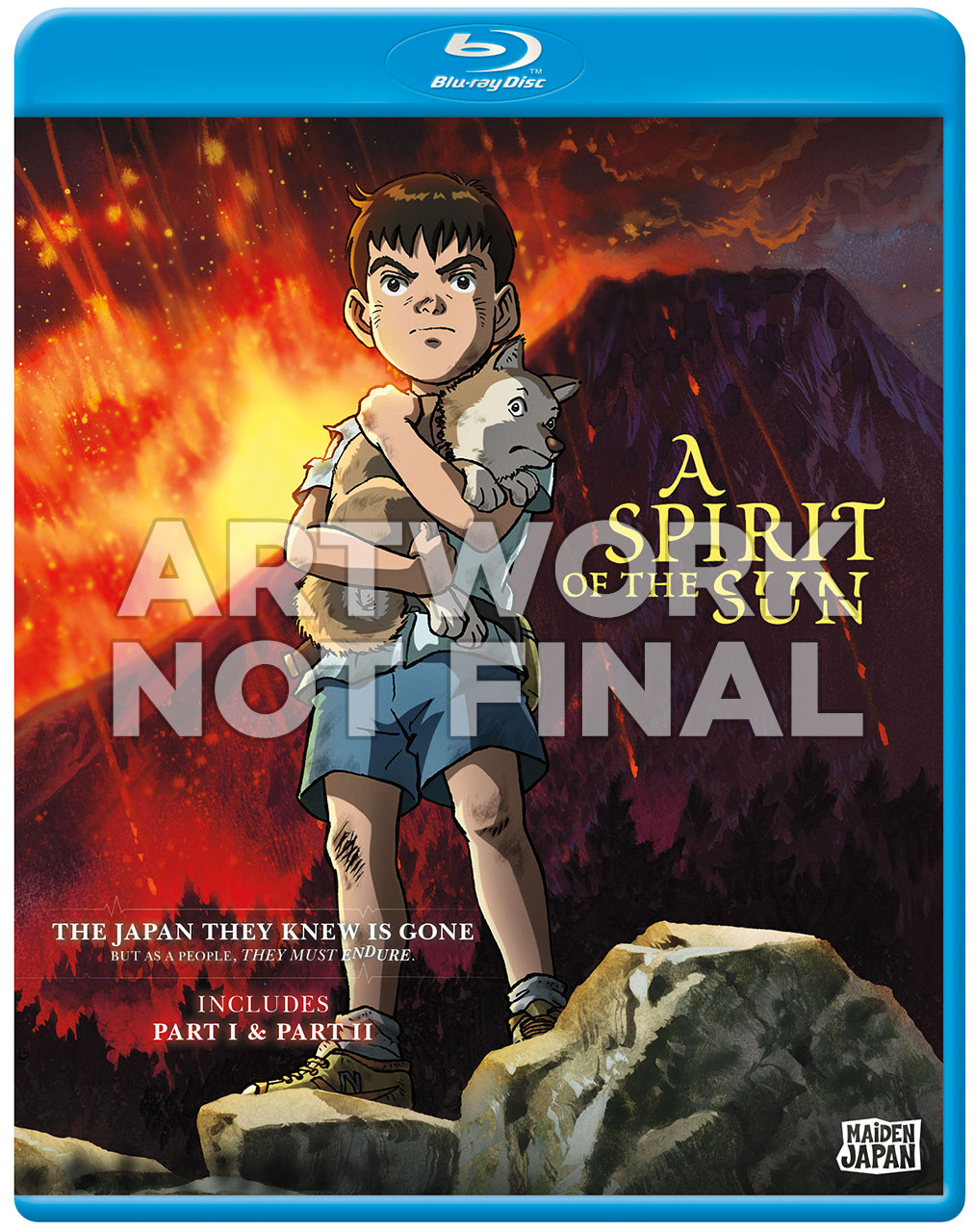 June 19th also sees the release of Madhouse's two-part saga A Spirit of the Sun. When the twin disasters of the eruption of Mt. Fuji and a massive earthquake hit Japan, the island nation was literally shattered and torn in two. With millions dead and the life-sustaining national infrastructure destroyed, mass evacuation of much of the country's population was the only alternative. But now the Japanese refugees living in Taiwan find themselves in conflict with the native citizens. There's not enough work, the living conditions are terrible, and what remains of Japan is occupied by China in the North and the U.S. in the south. Genichiro Ryu is just one of the survivors, but having been adopted by Taiwanese parents, he has a foot in both worlds and seeks to find a way to bring peace between the conflicting sides. 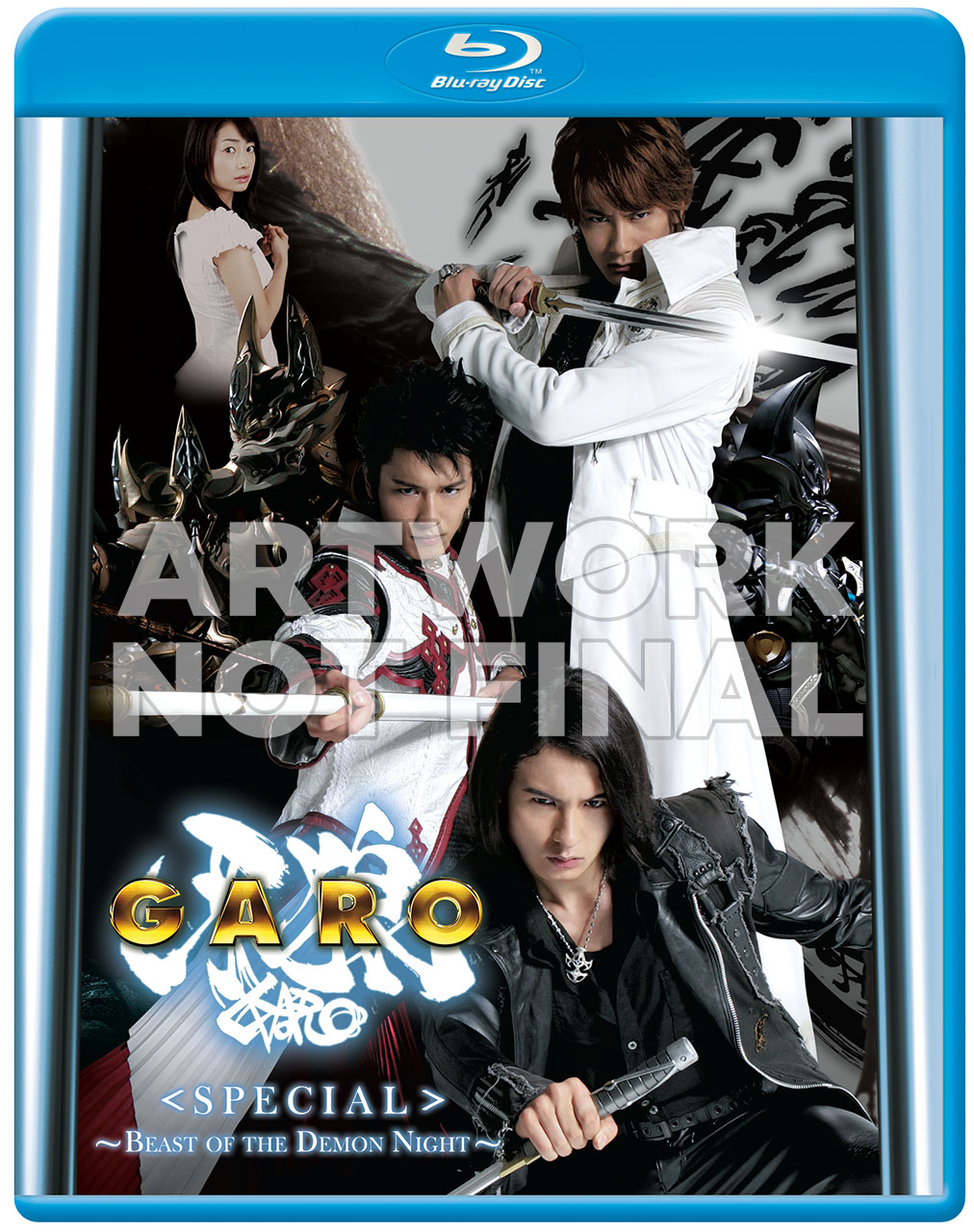 The hero Garo returns again on June 26th with the special film Beast of the Demon Night! A soul-stealing plant, a nightmare forest and ancient master Horror are just a few of the deadly challenges that Kouga Saezima must face when a young Makai Priestess interrupts his new assignment with the news that the deceased Priest Amon wishes to speak with him from the other side. Even more shocking is the revelation that Kouga’s childhood friend Jabbi isn’t dead as has long been believed, with her body having been absorbed into a plantlike being called the Makai Tree. Now it’s a race against time as the golden knight Garo must save Jabbi and join forces with Rei, the silver knight Zero, to defeat the newly resurrected Horror Lord Legules… and if they fail, the entire world will be plunged into eternal darkness! 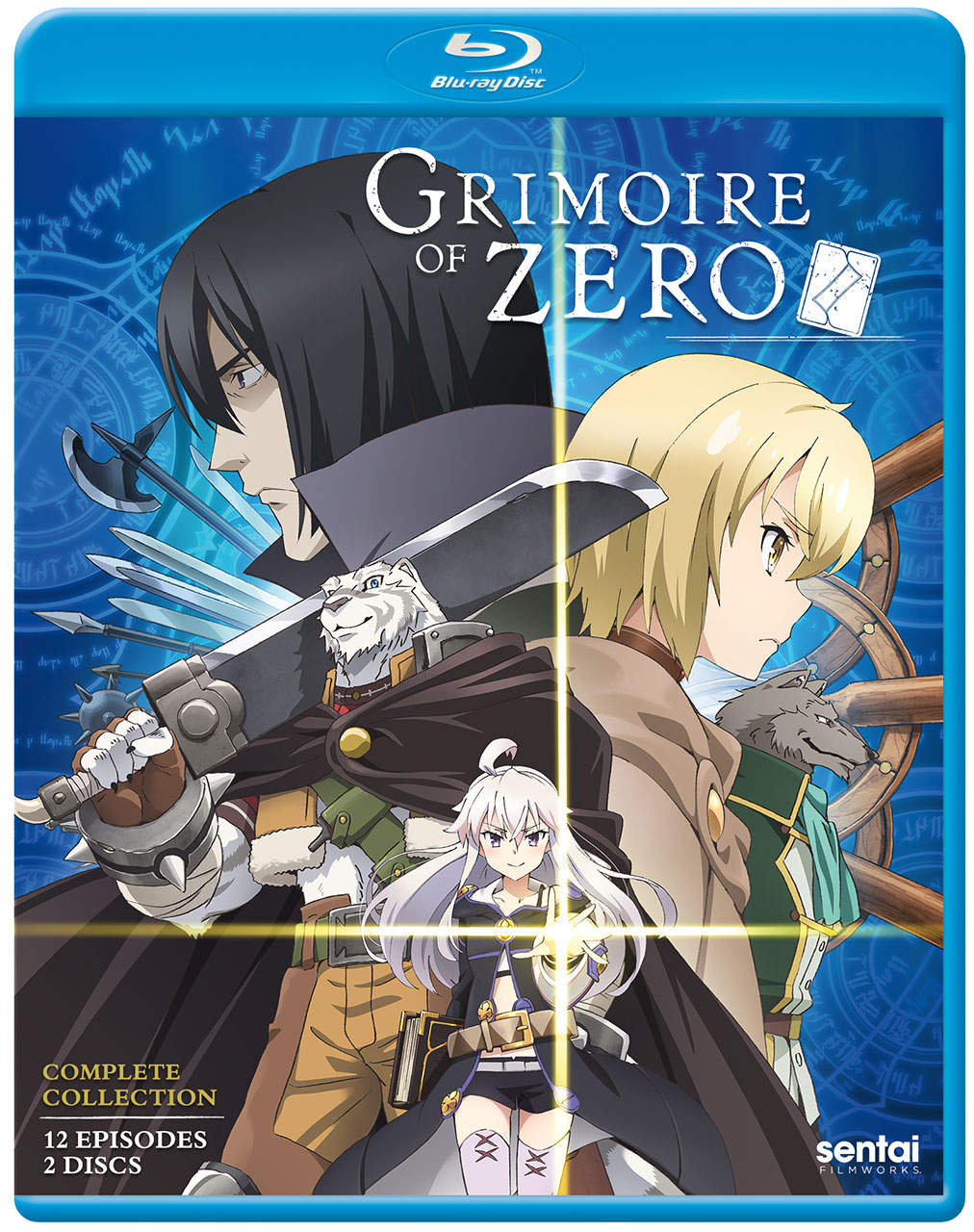 Lastly, June 26th also unleashes the complete collection of Grimoire of Zero! Like most Beastfallen, the half-tiger known as Mercenary hates the witches who created them, so when he's offered a chance to hunt witches, he quickly agrees. But things go spectacularly wrong when he's rescued by a witch instead and she wants him to become her bodyguard! Making matters worse, she's seeking a missing book, the Grimoire of Zero, which contains the secrets of Magic, which could possibly end the world if it falls into the wrong hands. And the author of the book? Zero herself! Worst of all, Zero actually seems to think that Mercenary is cute and cuddly, and wants to do terribly inappropriate things with him! But, if he does as she asks, Zero promises to make Mercenary human, and with that reward in mind, there isn't much that he won't do to help retrieve the Grimoire of Zero! This series will be released both in a regular edition and a limited box set, the latter of which contains a special art book and six character cards.