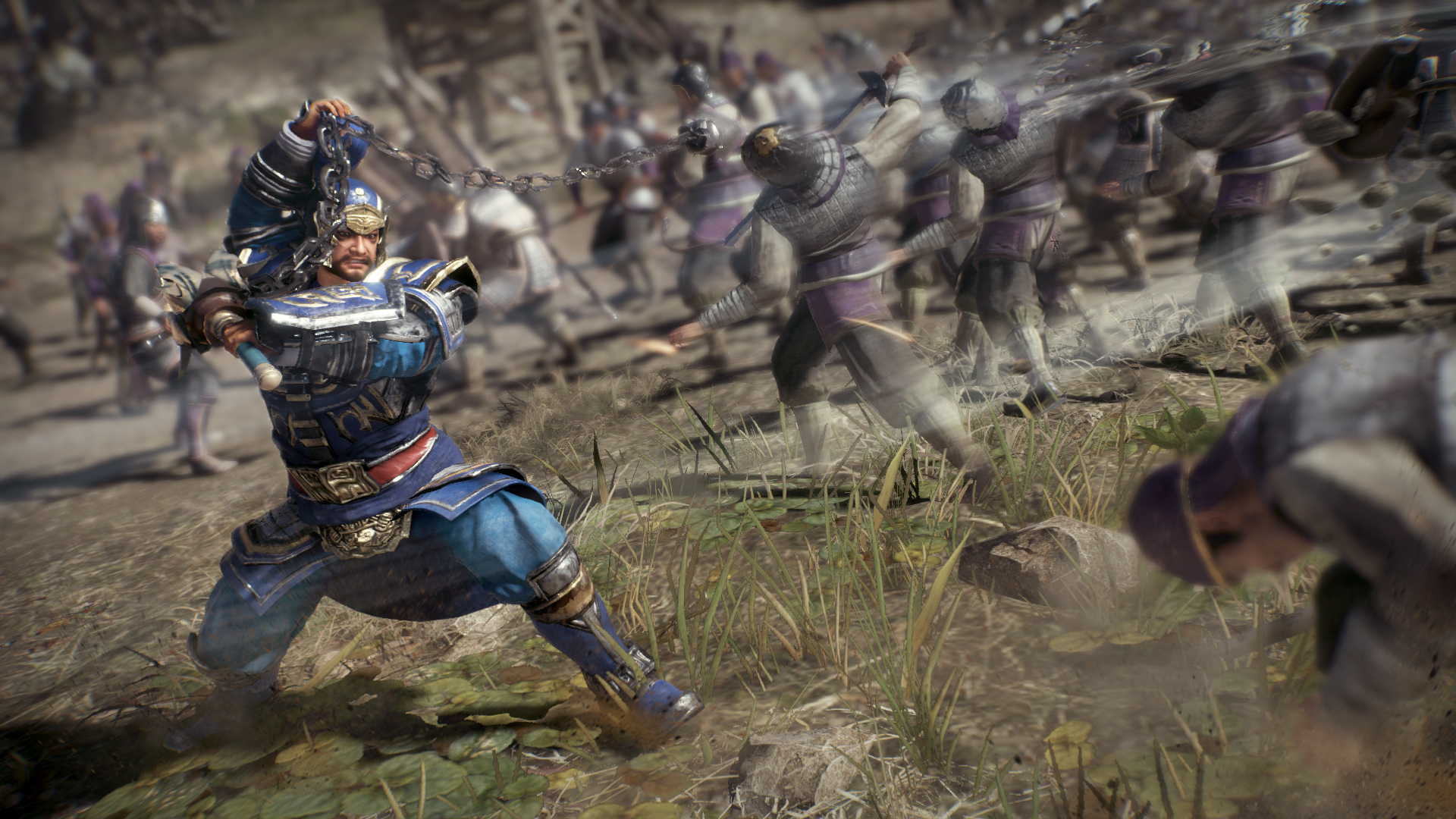 Dynasty Warriors is a series that has been quite stagnant for some time, and people had been wondering whether Omega Force and Koei Tecmo were ever going to seriously renovate the series. Well, that question has finally been answered with Dynasty Warriors 9, although I can't say that this is the answer that fans were looking for.

For those not familiar with the Dynasty Warriors series, the setting is in the Romance of Three Kingdoms story revolving around the birth of China as a unified country. You'll start out as Cao Cao, but after a few missions, you'll get the ability to play as other characters. This is a change from previous entries since before, you could have the freedom to play at least a few scenarios to start with, but here it's all one big story with a few branching paths that open up later. Also, the game omits levels for a huge world to travel through, going from mission to mission, chapter to chapter. While this is meant to provide a more seamless experience, the world is actually pretty barren, with only a few skirmishes spread out over hundreds of meters apart from another, with the occasional resources gathering points. 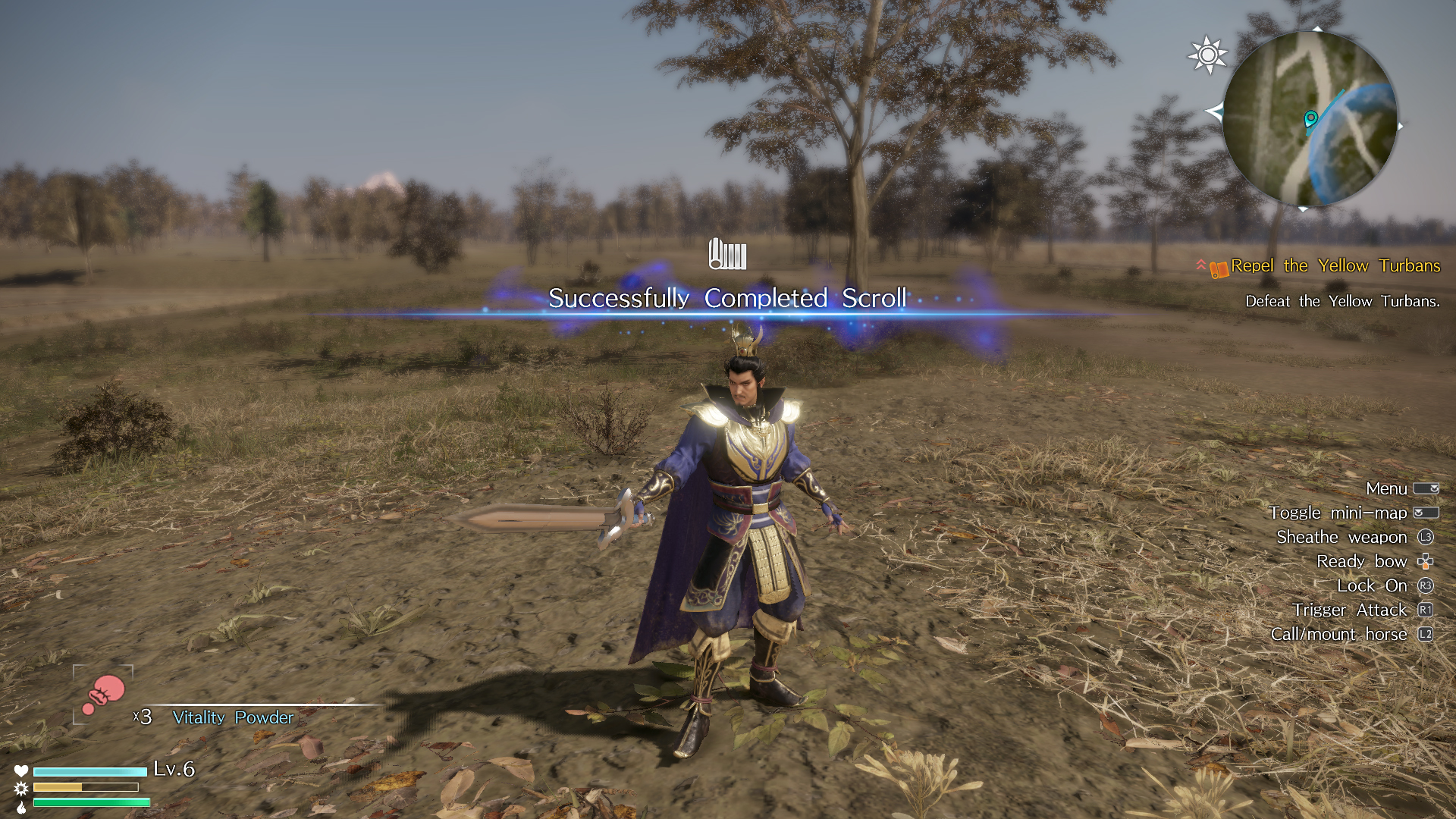 Oh yeah, the game now has resource gathering, because this game seems keen on filling out a game development checkbox to chase the success of other games that have done this. The only problem with all of this is that they did all of these things without regards to how to best implement them, or whether the game needed to have it done to begin with. I liked the level-to-level structure in previous Dynasty Warriors titles because I don't like wasting my time horse riding from running from one point to the next. However this game doesn't seem to value the players time, especially since now you need to worry about maintaining a character's a stamina. Stamina meters need to die, as they are not fun.

I suppose we should be thankful that Koei Tecmo doesn't value our money enough to try tying a lootbox and/or a micro-transaction system to nickle and dime players through insidious means, although I do suspect their will be a glut of DLC to get later, or an Xtreme Legends release, because that's what Dynasty Warriors does. Other changes that seem unnecessary is that the combat gameplay has been altered to the point of removing the uniqueness of characters. In addition to your standard light and weak attacks, you have four attacks which activate when a face button is pressed in conjunction with holding the right trigger/bumper button. There is a launch attack, a stun attack, a leap attack, and a special attack, that is kind of like a mini-musou attack with a cool down. 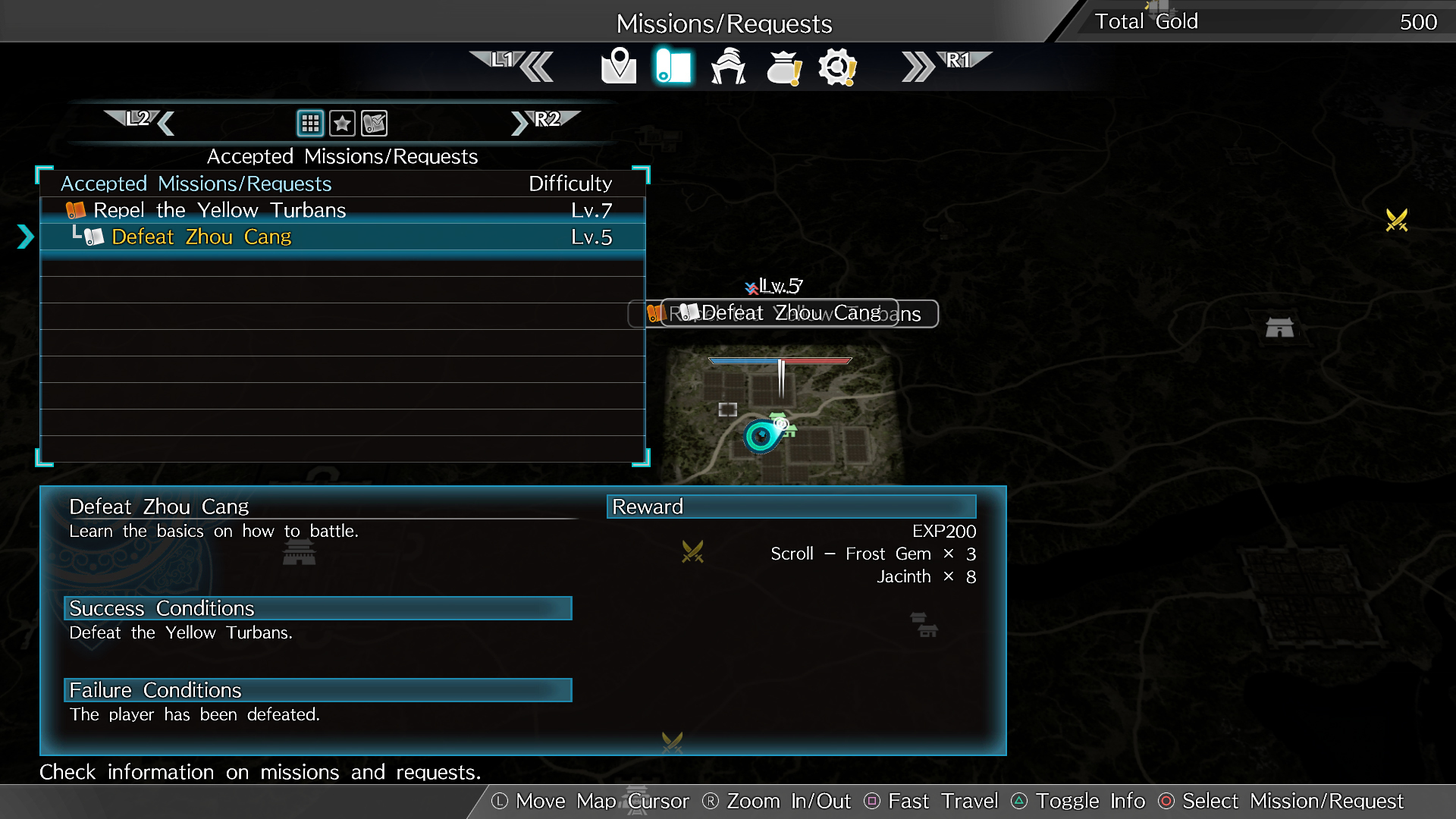 Dynasty Warriors 9 also has flow combos, which are follow up attacks that can be pulled off after one of the four attacks, performed with the light attack button. The only problems with this setup is that you can't really do custom combo attacks with the light and strong attack buttons. Strong attacks are a single attack that can't be linked to light attacks, and the light attacks only go up to a basic four hit combo. And the new setup as is removes any of the uniqueness from the characters. They all basically play the same now. Even more to the point, many of the characters no longer posses the unique weapons from previous entries. Most of their old weapons have been replaced with basic and mundane swords, spears, staffs, clubs, fans, and ball and chains. And every character gets a bow, further adding to the lack of unique traits among characters.

As for the level of audio/visual presentation, the game is also similarly lacking. The level of detail is still ugly looking, and call me crazy, but Dynasty Warriors 8 Extreme Legends looked better than this. Even the level of performance was better. The framerate on the Xbox One and PS4 versions is now 30, much like the Warriors All-Stars game, which is something that a Warriors game shouldn't be. Even then, the game seems to struggle maintaining even that. The PC version does go up to 60, assuming your rig is good enough. Although that might be hard, considering the lack of optimization makes the game play poorly on older setups. 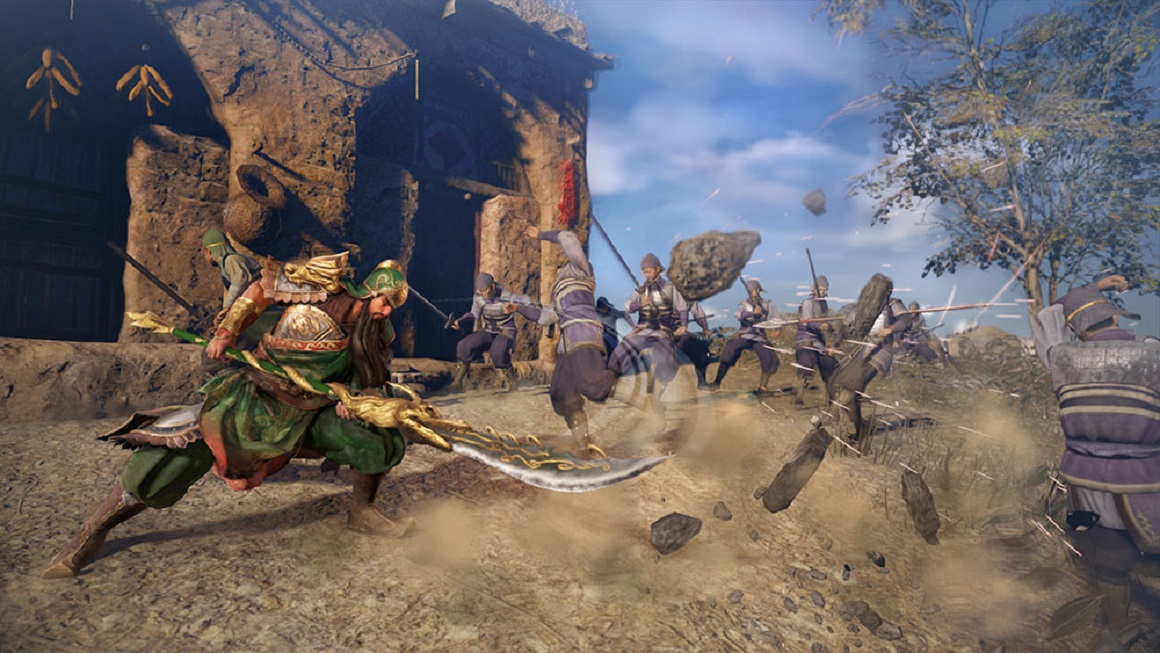 The weird thing is, instead of being an unplayable choppy mess that drops frames, it keeps the frames while slowing the entire game down, which is still pretty unplayable. There are other PC-based issues like the lack of a Chinese audio track. Aside from that, the English voice acting is back, except that it's terrible. And by terrible, I don't mean that in a campy, so bad it's good way. The union actors that they had from Dynasty Warriors 3 are gone, now replaced with a cadre of people that seem to either be picked up off the street, or were given no voice direction. As a result, most characters sound bored, deadpan, and clinical.

Dynasty Warriors 9 was a chance to reinvigorate the series, but it's more than missed that opportunity. Changes were made without any regard to how it would affect the rest of the game. What the series needed was to bring back the camp, and tone down the realism, and compete with Capcom's Sengoku Basara series in terms of how fun they are now, compared to Dynasty Warriors. If Dynasty Warriors doesn't clean up its act, Capcom might just consider capitalizing on the Western market by releasing Sengoku Basara overseas. Other players might not have issues with Dynasty Warriors 9, but it's not want I'd want in an entry. Maybe you'll get it next time, Koei Tecmo. You just have to try to care some more. 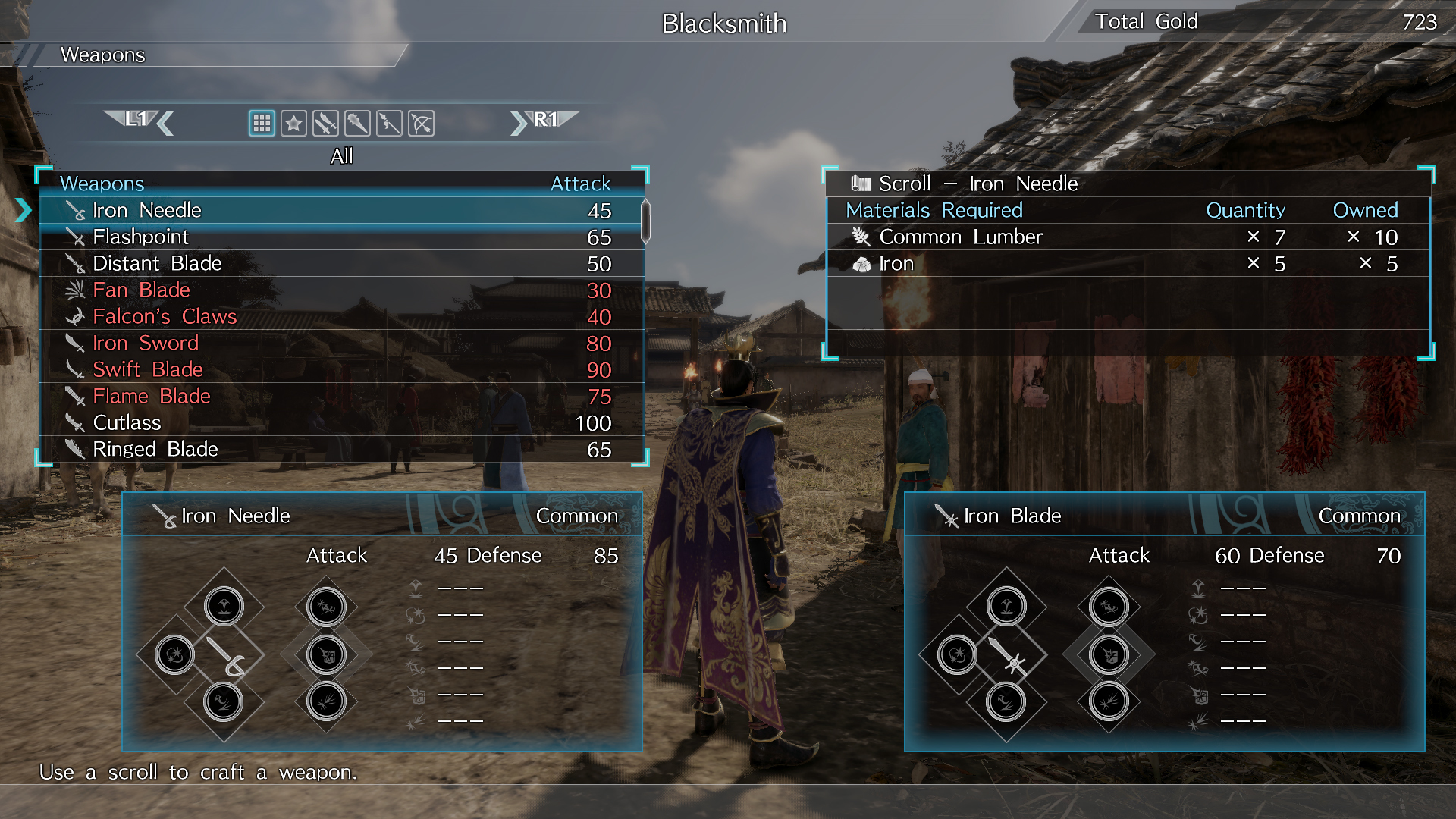 The Good:  At least they didn't forget fast travel.
The Bad: Instead of levels with big battles, now you have to do lots of walking for tiny skirmishes.
The Ugly: The character models are still pretty weak looking, and the subtitles are hard to see.

SUMMARY: Dynasty Warriors 9 is a game that's most certainly not served by going the Open World route, as it completely up ends the hack and slash nature of the series.

Promotional consideration provided by Brain Lee of ONE PR Studio. Reviewed on the Xbox One and PC.