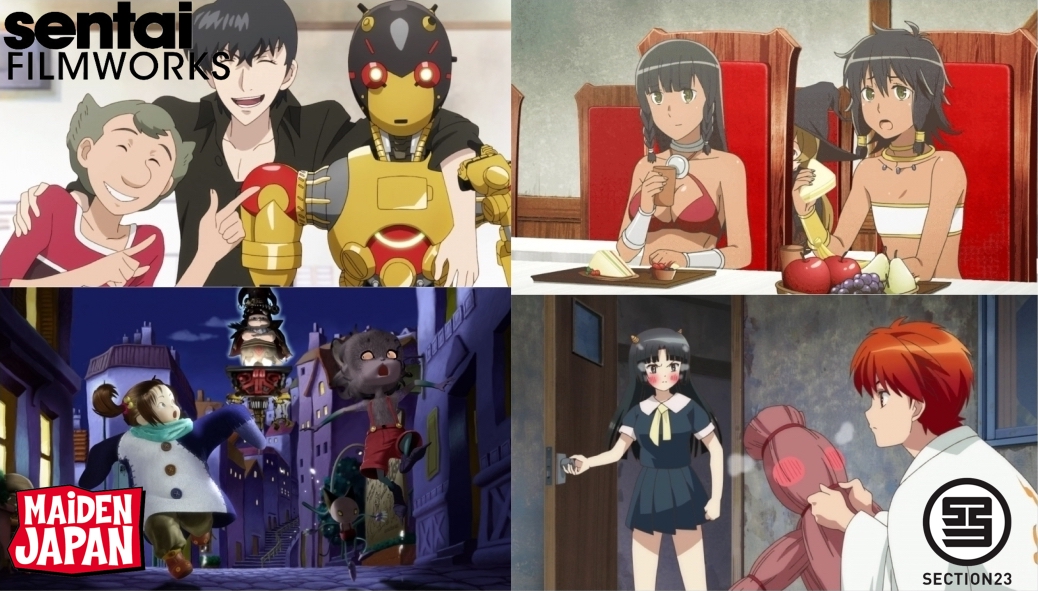 Within the May flowers arrives a bouquet of anime from Section23 Films, including two releases involving the goddess that is truly the best-ia out of the rest-ia! 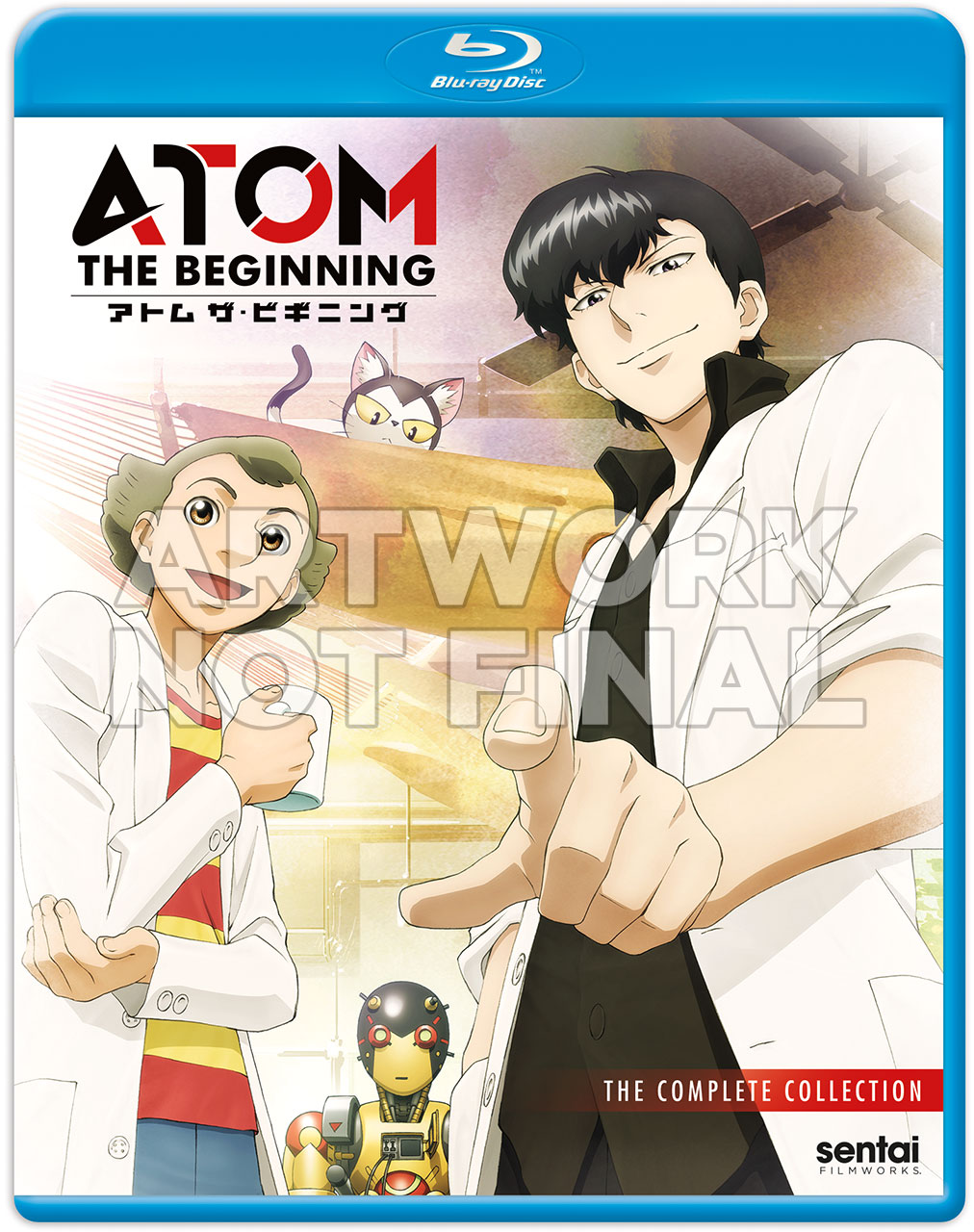 It's a journey to anime past starting on May 1st, with the release of the Astro Boy prequel ATOM THE BEGINNING! In the aftermath of the Great Catastrophe, grad students Hiroshi Ochanomizo and Ummataro Tenma are working at the forefront of the exciting new field of super-robot development. Creating the next level of technology isn't cheap, however, and not only do the guys have to take on side jobs to keep their research going, they also have to contend with both jealous rivals and sinister organizations who want their secrets. Fortunately, our heroes also have an ace in the hole: their latest prototype, A106, who may just be the smartest, most powerful robot yet! 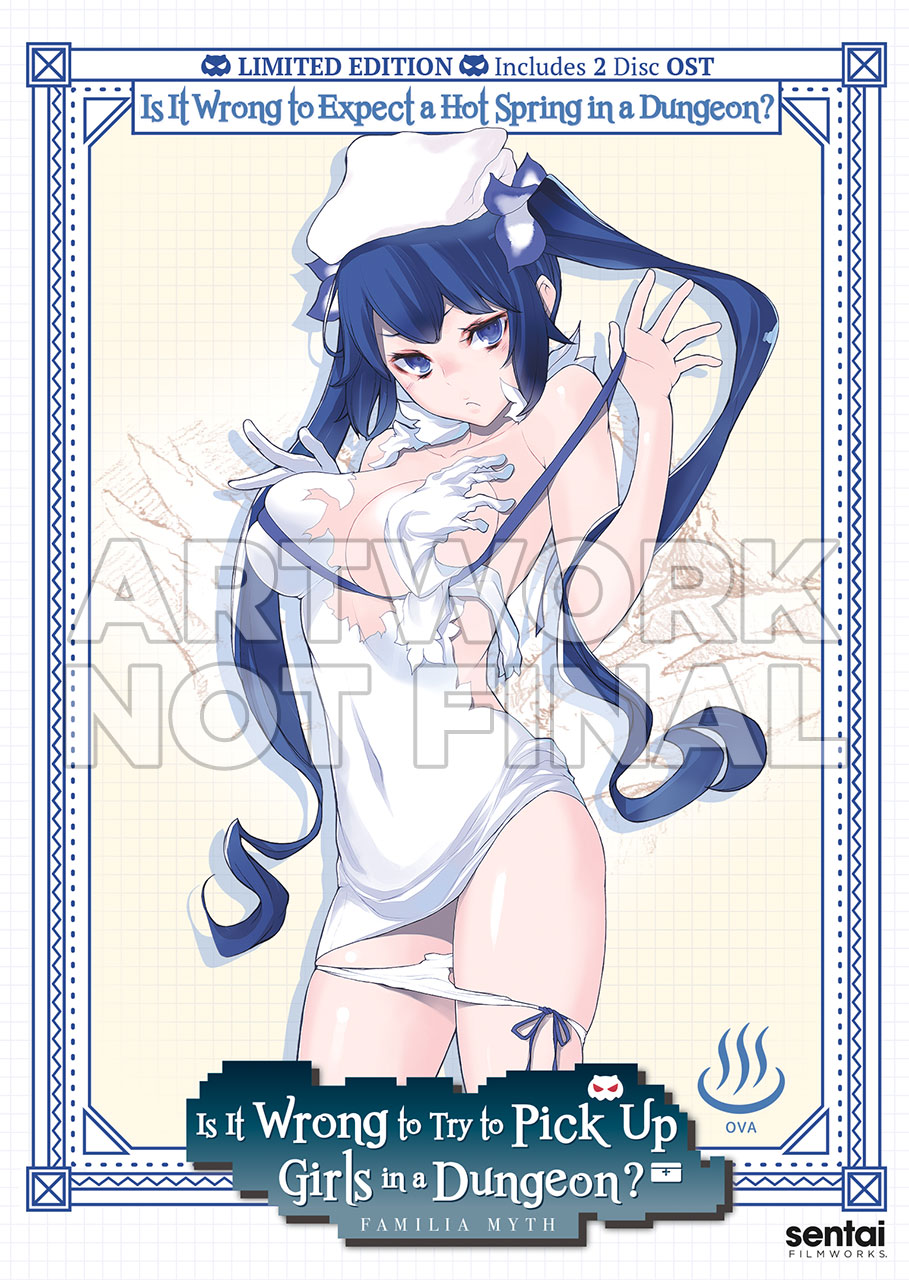 A dip in the hot springs with Bell Cranel and Hestia will be what May 8th delivers with the release of the Danmachi OVA special Is It Wrong to Expect a Hot Spring in a Dungeon?! Our band of bold adventurers has just blown through the 18th level of the world's most fearsome dungeon, so what do they do for an encore?  Since the city of Orario doesn't have a theme park, the next choice for Bell, Hestia, Lilly and the gang would seem to be a trip to the hot springs… and, conveniently enough, a battle with some hellhounds has led them to an undiscovered underground oasis!  However, there's something fishy about these springs, beyond the fact that Hermes happens to have bathing suits for all the ladies in their correct sizes!  Will the secret be discovered before it's too late?  Will Hestia finally come clean with Bell? The release will arrive in two editions, with the limited one including the main series's two-disc soundtrack and a special booklet. 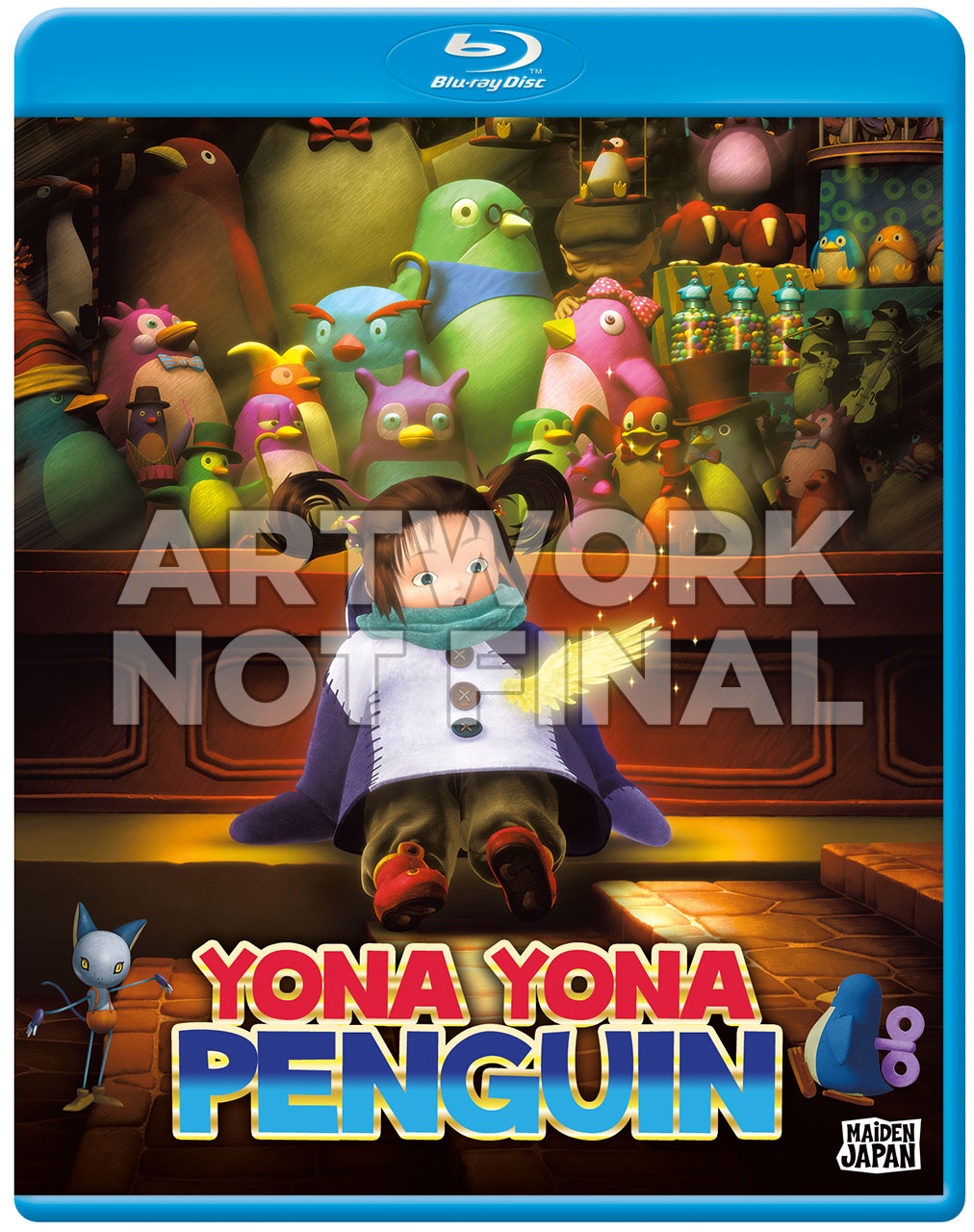 Legendary anime director Rintaro (Metropolis, Galaxy Express 999) finally has his 2009 film Yona Yona Penguin brought stateside via Maiden Japan on May 15th. Madhouse's first fully CGI film, The sleeves of Coco's penguin coat are sewn together to look like flippers, so it might seem a bit awkward to wear.  However, Coco's father gave the coat to her before he disappeared, so she wears it every time she goes out exploring. What Coco doesn't know is that the Goblins have a legend about a brave flightless bird and when Coco unexpectedly ends up in their realm, they all think that Coco is the Penguin who can save them from the evil Emperor of Darkness!  But how can a 6-year-old girl stop an army of demons?  Coco doesn't know, but together with her new friends Chaley the Goblin and Zammie the fallen Angel, she's certainly going to try! 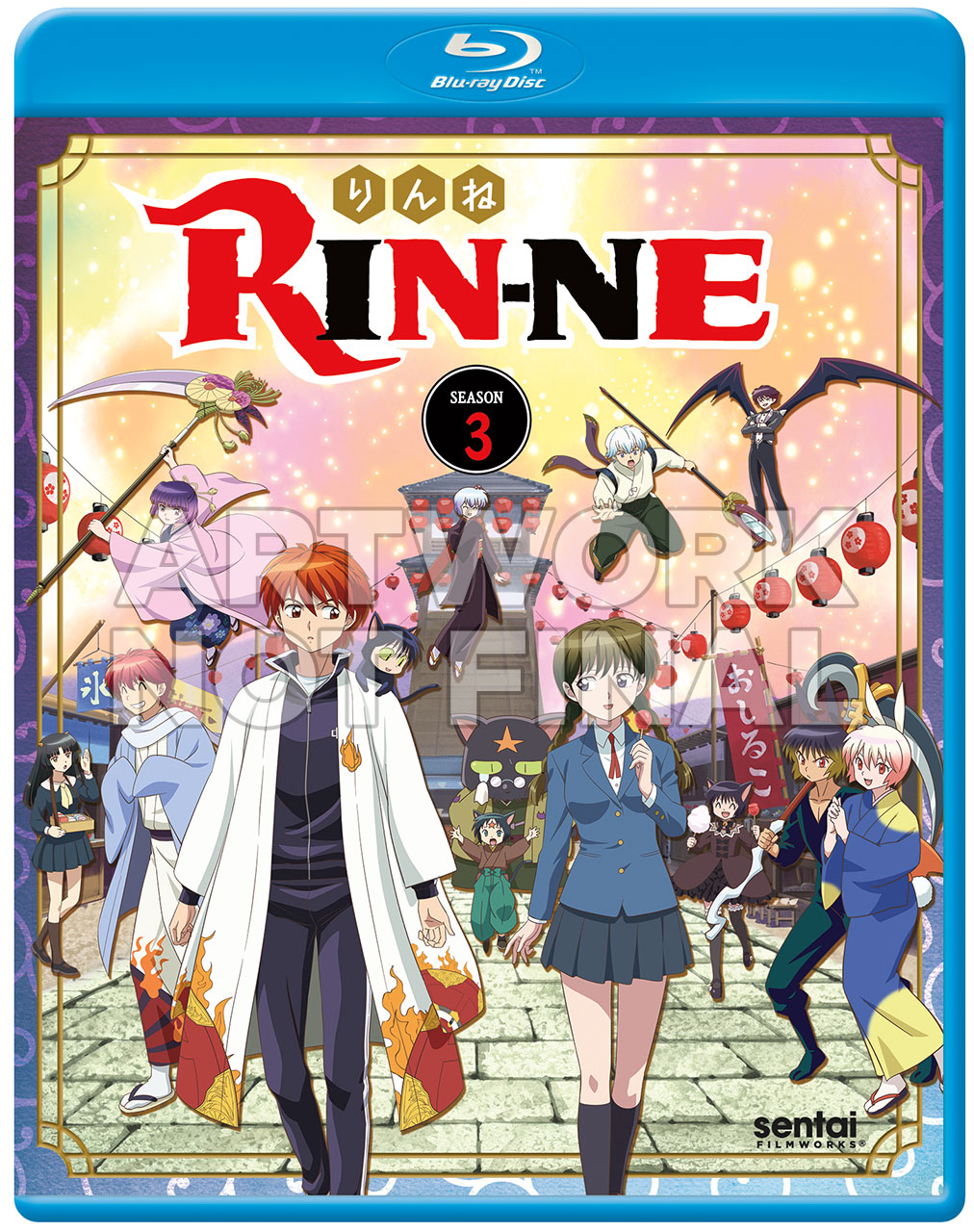 Another dose of Rumiko Takahashi's RIN-NE heads your way on May 22nd with the release of its third season! If you've got a ghost in your Japanese neighborhood, the spirit-moving specialists to call are Rinne Rokudo and Sakura Mamiya. Sure, they're both still in high school, but Sakura's been seeing the dearly and not-so-dearly departed since she was a child, and Rinne's part shinigami, which comes in handy when dealing with the more assertive supernatural incursions.  What Rinne isn't good at is working his way out of a perpetual state of debt, and the need for quick cash can lead them onto unhallowed grounds where other exorcists fear to tread.  Cleaning the Wheel of Reincarnation?  Repossessing magical artifacts?  What about really dangerous tasks like trying to train a cat? 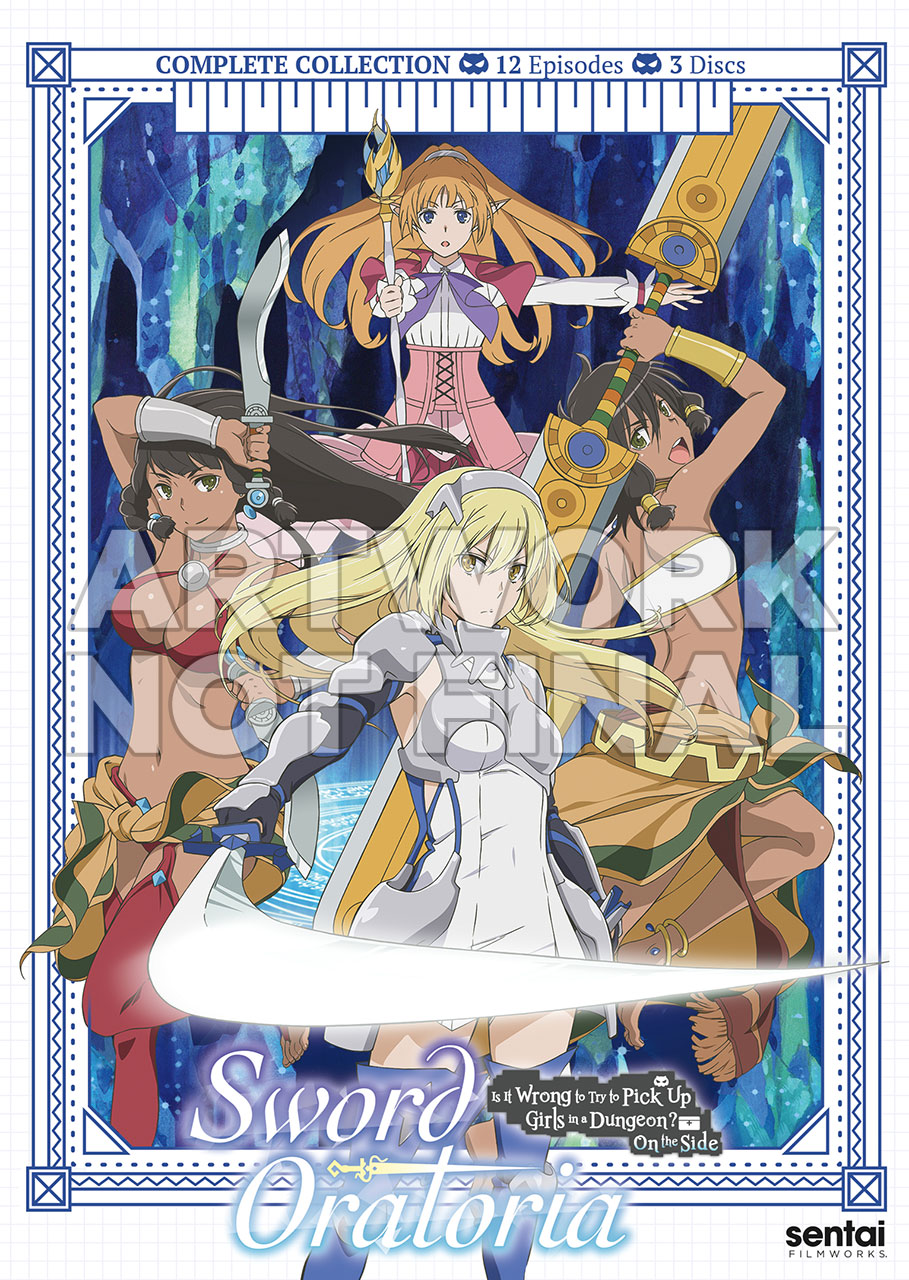 Lastly, May 29th will give Danmachi fans another side of the goings-on around Orario with the release of its spinoff Sword Oratoria! Contrary to what the adventures of Bell and the Goddess Hestia might imply, not everyone goes into the dungeon of Orario to pick up girls.  The veterans of the Goddess Loki's Familia have lots of reasons for risking life and limb facing the monsters and mayhem lurking within the deadly labyrinth's multiple levels, but new member and mage Lefiya just wants to prove that she's worthy to be on the same team as her hero, the famed sword princess Aiz Wallenstein.  As for Aiz herself, she's seeking something that no one else even suspects, and she may find it when trouble comes after her from the previously unreached 59th level! Sword Oratoria will also be released with a limited edition version, which will include its soundtrack, booklet and special art cards. (Click here to read our review of Sword Oratoria, and see why "its contributions to the main story cannot be ignored in the slightest.")