HomeAnimeANIME REVIEW | Adventure Awaits "On The Side" In "Sword Oratoria"

ANIME REVIEW | Adventure Awaits "On The Side" In "Sword Oratoria" 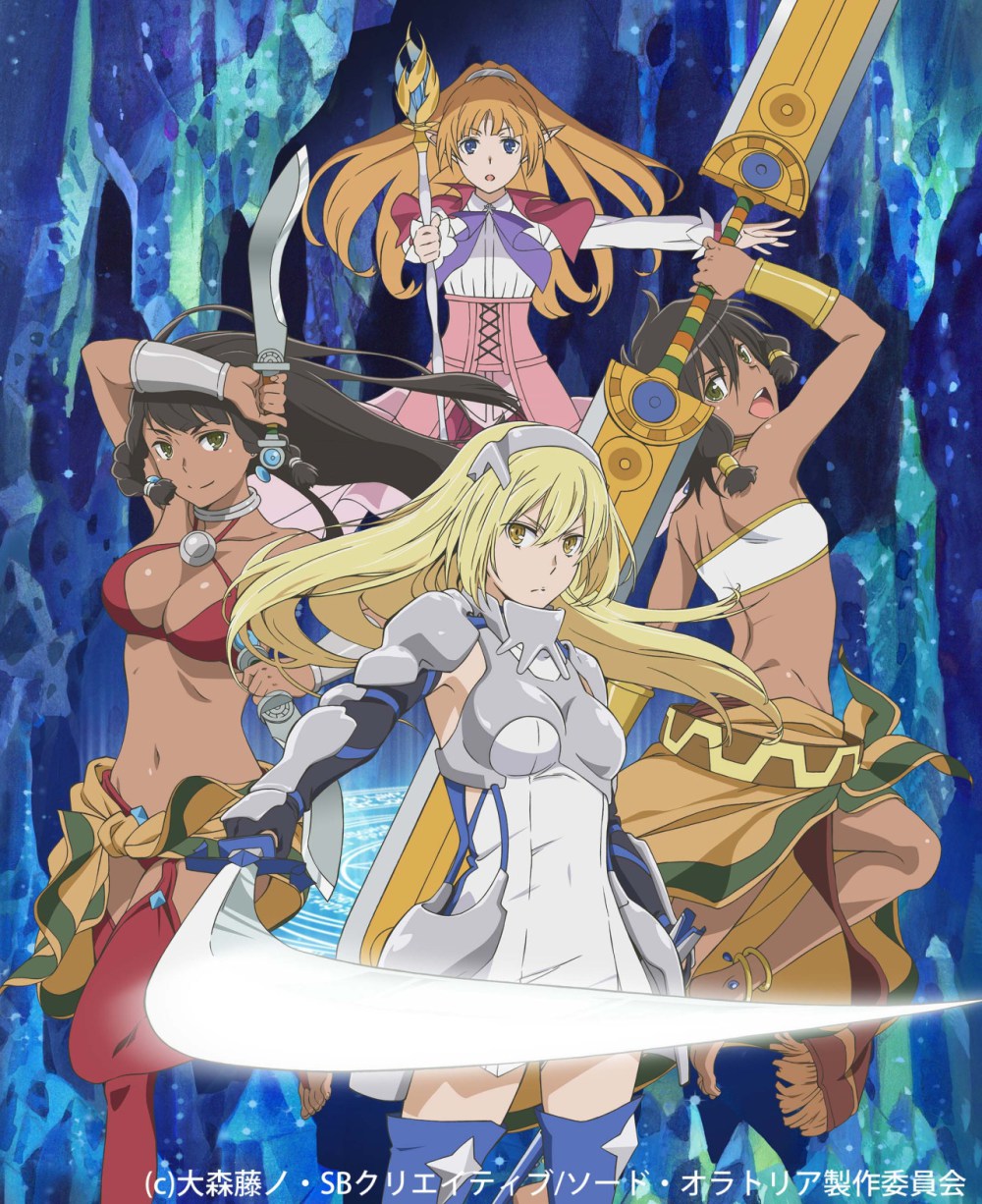 ANIME REVIEW | Adventure Awaits "On The Side" In "Sword Oratoria"

While the main series focused on the rise of the Hestia Familia from its humble beginnings, Sword Oratoria instead places the spotlight on the Loki Familia and its star warrior Aiz Wallenstein (Saori Ōnishi). We learn about how she first crosses paths with Bell Cranel (Yoshitsugu Matsuoka), as well as raise her notoriety throughout the country of Orario. Outside of that, a spotlight is shone on a Level 3 mage named Lefiya (Juri Kimura), who seeks to better herself while fawning over Aiz. With the balance of a great warrior and one who wishes to rise to that level, the series switches back-and-forth between the importance of becoming strong and the need to keep your focus on the battle at hand. 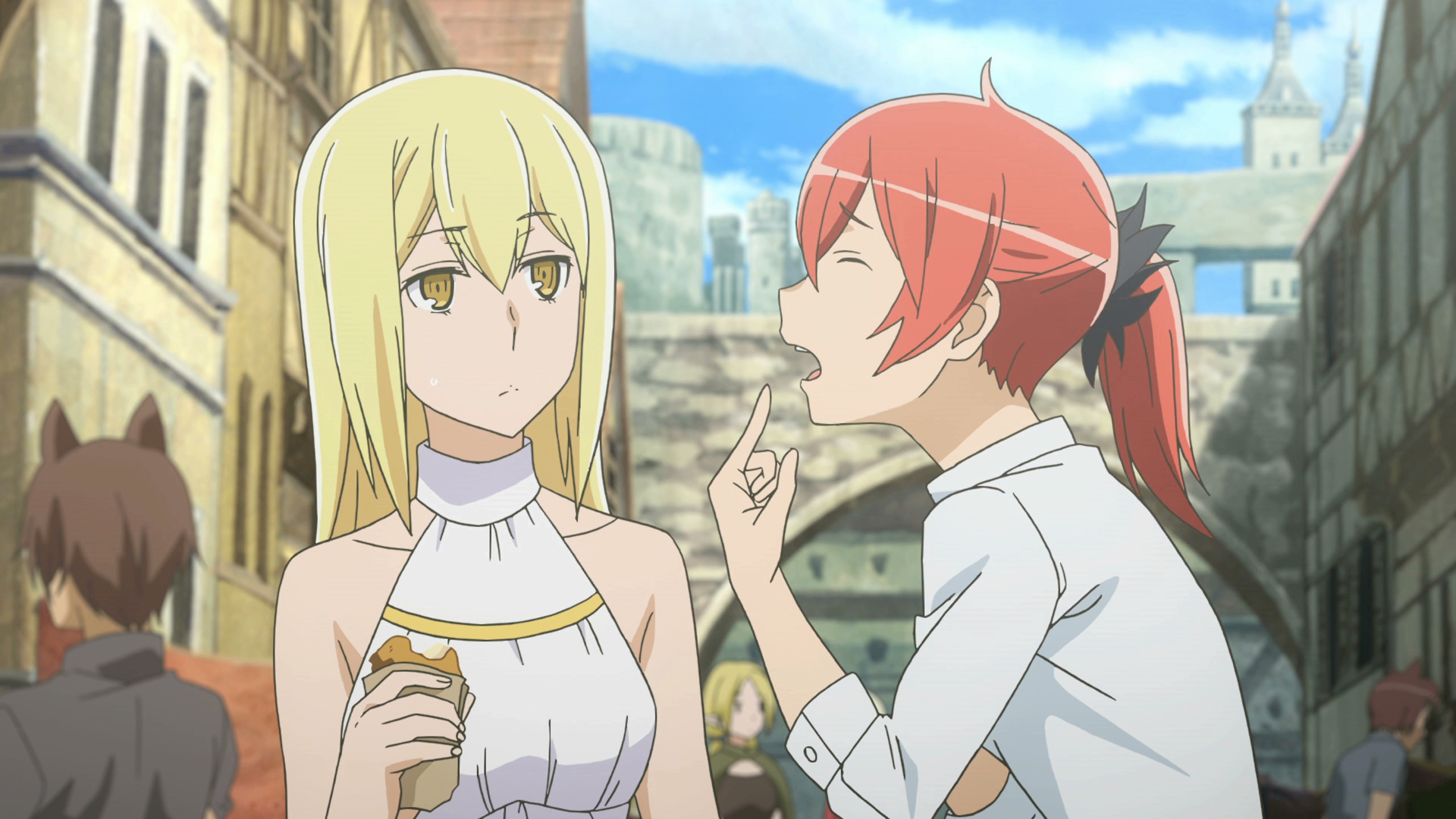 I'll admit that it take a couple episodes to really get things going with Sword Oratoria. Even though we know a fair deal about the Loki Familia from the original series, it still takes its time to showcase the importance of these characters. Whether it's watching the Amazonian sisters Tione (Minami Takahashi) and Tiona (Rie Murakawa) kick loads of ass in battle or watching Loki herself (Yurika Kubo) acting like the Master Roshi of the crew, you are given the opportunity to see why these people are the spinal column of the DanMachi universe.

However it also does something that the original DanMachi didn't do: give viewers a reason to like Aiz over the other female compadres of Bell Cranel. Yes, she was a good character in the original anime, but she lacked as much depth as the rest of the main and even secondary characters. Here, we get a dark and tragic backstory involving Aiz's parents and her willingness to become the ultimate warrior through hard work, dedication, and a can-do attitude that overpowers many heroes of the past. Although she can still be a character of little emotion at times, when she opens herself up more, she becomes as fulfilling of a Loki Familia member as the rest of the crew. 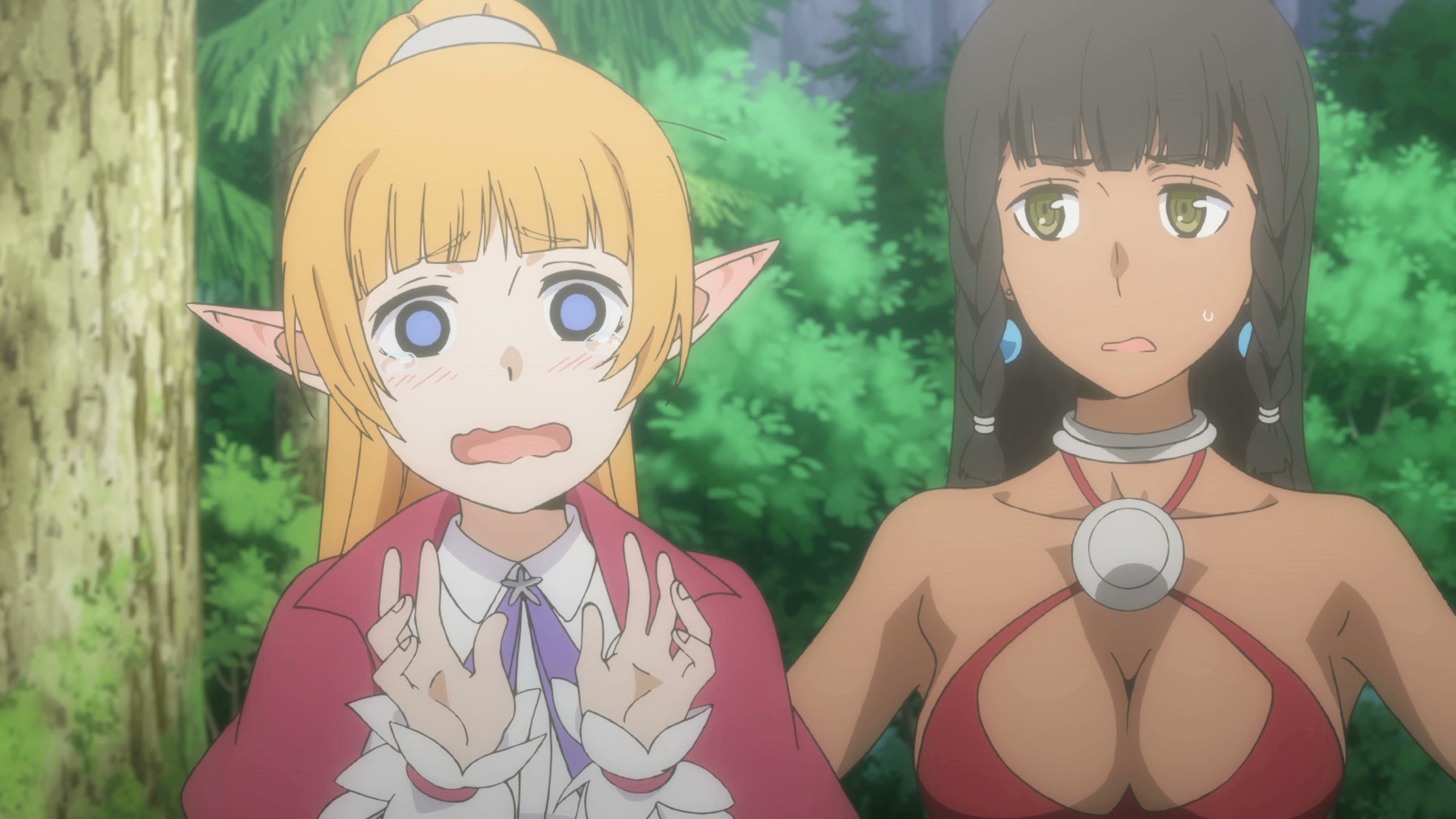 As for the character of Lefiya, whom barely spoke a word in the original series, there's a real blend of both Bell and Hestia (Inori Minase) within her. She's a dungeon crawler wanting to get as strong as she can, while at the same time ogling Aiz secretly with a passion. At times it can be rather funny, especially when she goes into full-blown fantasy mode when she wants to profess her love for Aiz. However it's when things turn serious when you see her true self is unveiled. Lefiya can be unsure of herself, even when it's apparent that she's quite powerful. Nevertheless, when the time comes, she's ready to show what sort of contribution she can give to the Loki Familia (She often reminded me of the video game heroine Shantae, another powerful character who often fears for her and her friends' lives in a humanistic manner.)

When it comes time for some action, Sword Oratoria never disappoints. Watching as Aiz, Tione and Tiona lay waste to monsters and the most wicked of creatures is as gorgeous as watching a play-through of a Dark Souls video game. (Note to creator Fujino Ōmori: get a video game adaptation in the same vein as that popular series!) While we got a few scenes like that in the original DanMachi, it never reached the level of danger and violence that Sword Oratoria has until quite possibly the final episode. Here we see that level of action in almost every fight, with J.C.Staff going into overdrive to put in so much detail in every frame of battle. 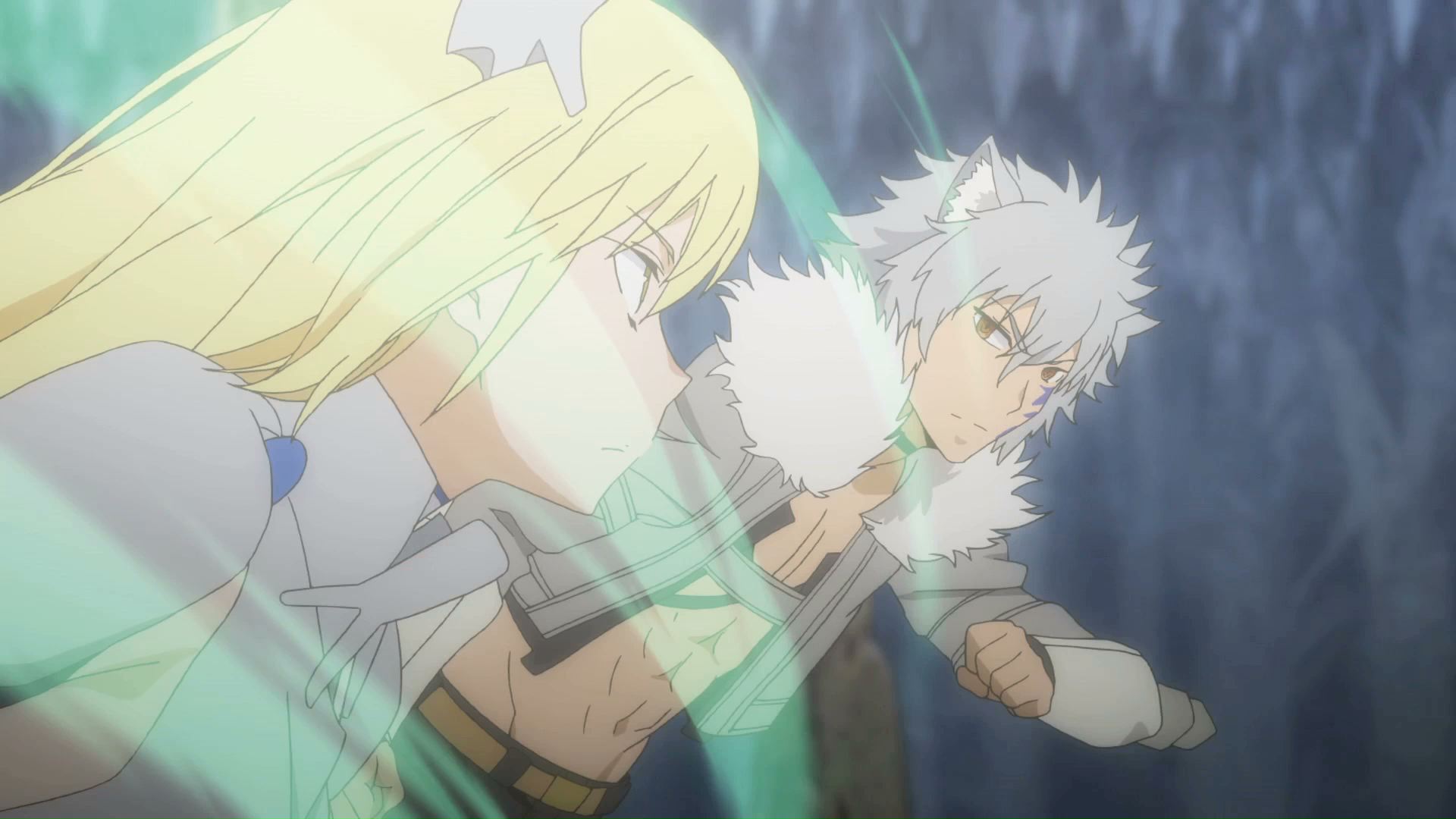 Like I mentioned earlier, Aiz doesn't emote too much, which comes through in Ōnishi's performance. However when she is pushed into an emotional corner, she brims with more life than was presented in the original DanMachi. Kimura's Lefiya is often humorous and insecure, fortunately never reaching annoying levels like most characters that are similar to her. Takahashi & Murakawa sound like they're having a blast voicing Tione & Tiona, acting like wild cowboys in battle and bringing forth a great level of humor when in cool-down mode. Meanwhile Kubo's Loki balances perversion and sincerity with the finest of ease, easily stealing the spotlight when she's onscreen.

Keiji Inae's score is often fast-paced and worthy of any battle against the most dangerous monsters. It also knows when to elevate some of the more goofier scenes, especially when it involves Lefiya wanting to share her feelings for Aiz. Yuka Iguchi returns from the main series to sing the opening "RE-ILLUSION," although it's not as catchy and fun as its "Hey World" counterpart. Kano's "day by day" ends the show each week with a fun little romp of a song that captures the feelings of Lefiya and the Loki Familia while in downtime mode. You'll easily find yourself humming the melody days after watching the latest episode. 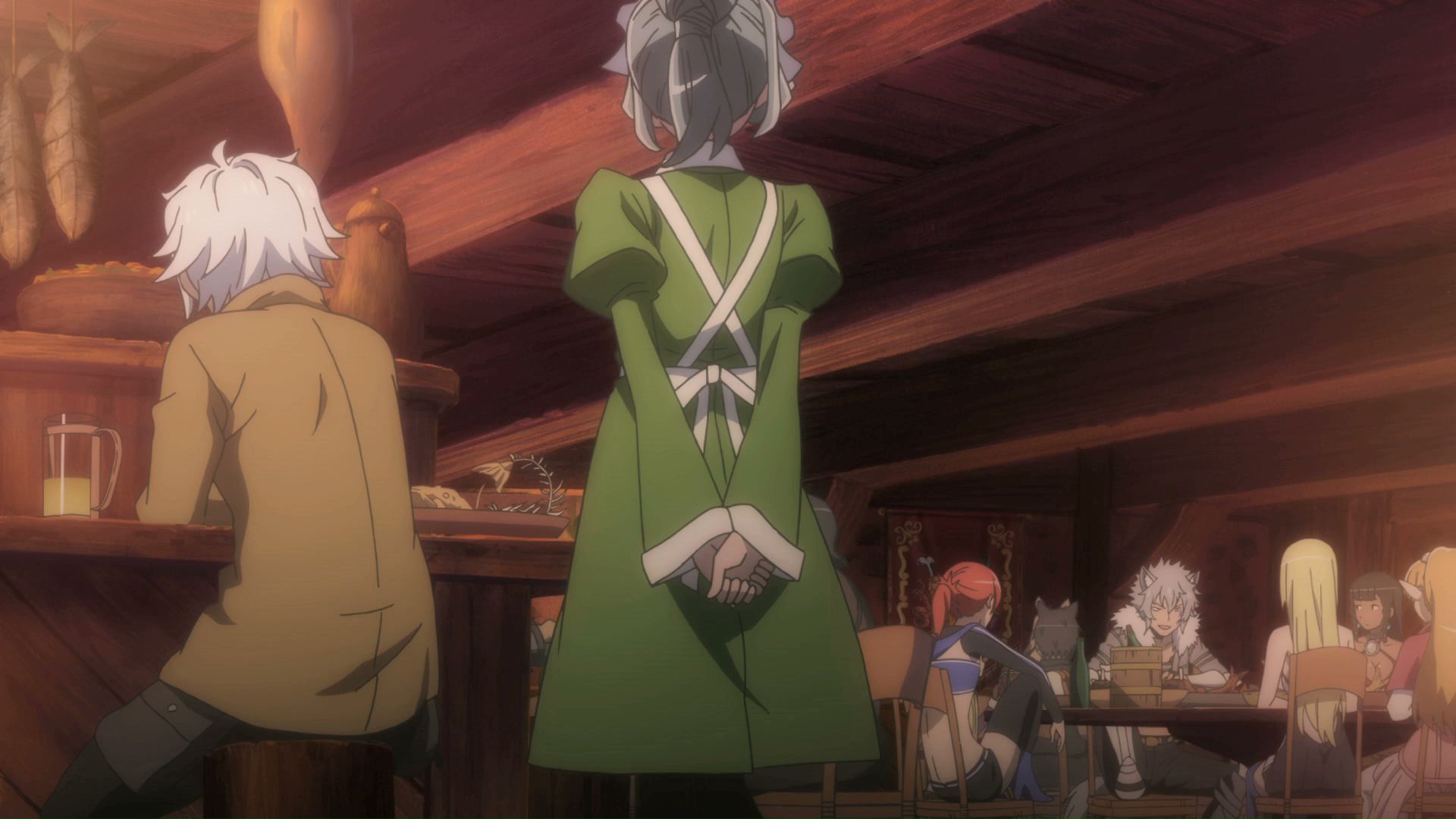 Sword Oratoria may seem like an unnecessary spinoff, but its contributions to the main story cannot be ignored in the slightest. While it has its slow parts, what it presents is a true flesh-and-blood tale of the best warrior wanting to keep on bettering herself for the sake of those around her. Some of these side-series tend to lean on its predecessor, but rarely does Sword Oratoria do that. Instead we bear witness to another legend in the making, expanding on the universe that DanMachi has crafted even more so.

With that being said, here's hoping the success of Sword Oratoria can lead towards a legit second season of Is It Wrong to Try to Pick Up Girls in a Dungeon?.

Sword Oratoria: Is It Wrong to Try to Pick Up Girls in a Dungeon? On the Side can be viewed on Anime Strike, and has been licensed by Sentai Filmworks. Episodes 1-9 were observed for this review.

Background Noise: The Last Stand by Sabaton - Sword Oratoria showcases some kickass battles from the likes of Aiz and the sisters Tione & Tiona, so it would seem fitting that Swedish metal kings Sabaton would be suited to help bring this article to life. Their latest record is filled with tales of real-life battles, from the Battle of Shiroyama and the Lost Battalion to the Meuse-Argonne Offensive and the Dragutin Gavrilović. It's definitely the perfect album to pump yourself up when ready to dive into the darkest of dungeons with your comrades. (WARNING: may cause listeners to grow massive beards and drink goblets of lager in a blink of an eye.)