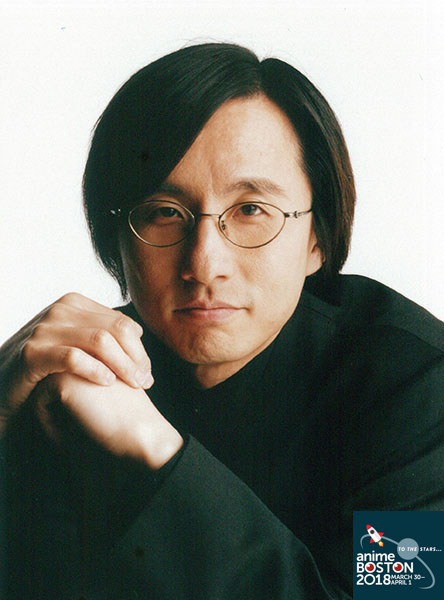 One of Japan's finest anime soundtrack composers will be making his North American debut at Anime Boston 2018, with the announcement of Kaoru Wada as the convention's latest guest of honor!

Kaoru Wada is a Japanese music composer, music arranger, conductor, music orchestrator, and pianist. He has worked in a wide range of musical fields, including anime, film, television, theater, and video games. He has received numerous prizes for his work, including his music on the film Crest of Betrayal.

Best known in the west for his work on Inuyasha and Samurai 7, he has also composed music for a number of other anime series, including Ghost Stories, Princess Tutu, Saint Seiya, Ninja Scroll, D.Gray-man, and Record of Lodoss War: Chronicles of the Heroic Knight. In addition to his work as a composer, Wada-san also arranges music for several notable titles, including Kingdom Hearts I & II and Monster Hunter 4G.

"Boston is a music city, and we continue our tradition of presenting musical composers," said convention chairman Victor Lee. "Music sets the tone for any dramatic or comedic presentation, and few do it better than Wada-san!"