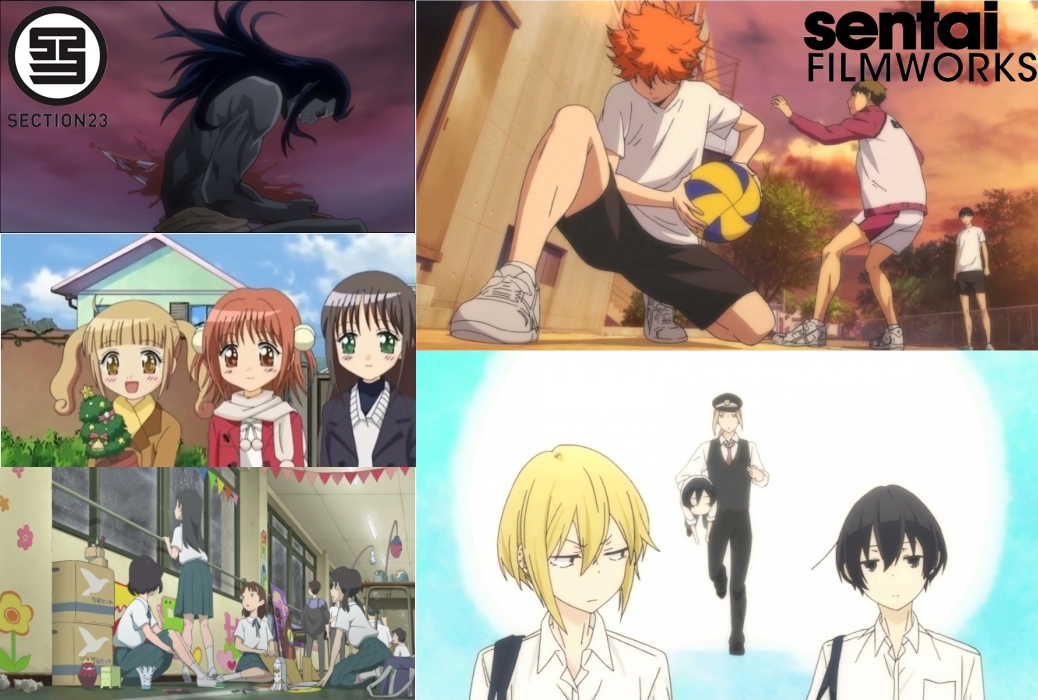 Volleyball, mysterious artifacts, and one lazy student are what's coming your way in the beginning of 2018, as Section23 Films has just announced their January lineup of home video releases! 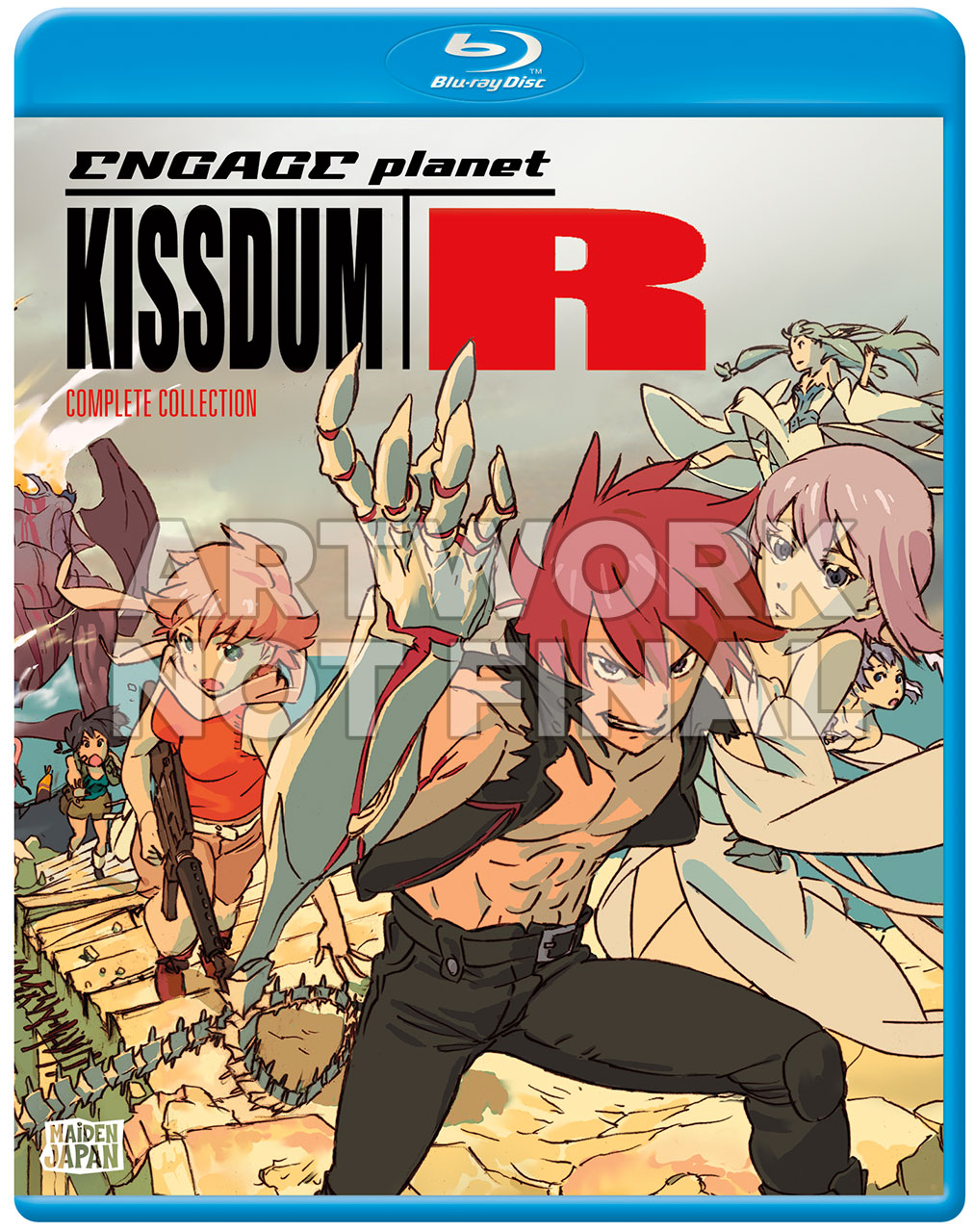 It all begins on January 2nd with Maiden Japan's complete collection release of Kissdum R - Engage Planet! A cruise ship's destruction leaves thousands dead, but the appearance of strange new fish and insects are what signal doom for humanity! Scientist Rurika Yuno and the N.I.D.F. attempt to track down the source of the mutation, a mysterious artifact called the Book of The Dead. When the Book is finally located, swarms of hellspawned fireflies and giant unearthly creatures attack mercilessly across the planet. Rurika is forced to use the Book to resurrect her dead lover, fighter pilot Aiba Shu, but can even the world's last desperate line of defense - the Necrodiver - defeat an ancient evil whose only goal is to exterminate all mankind? 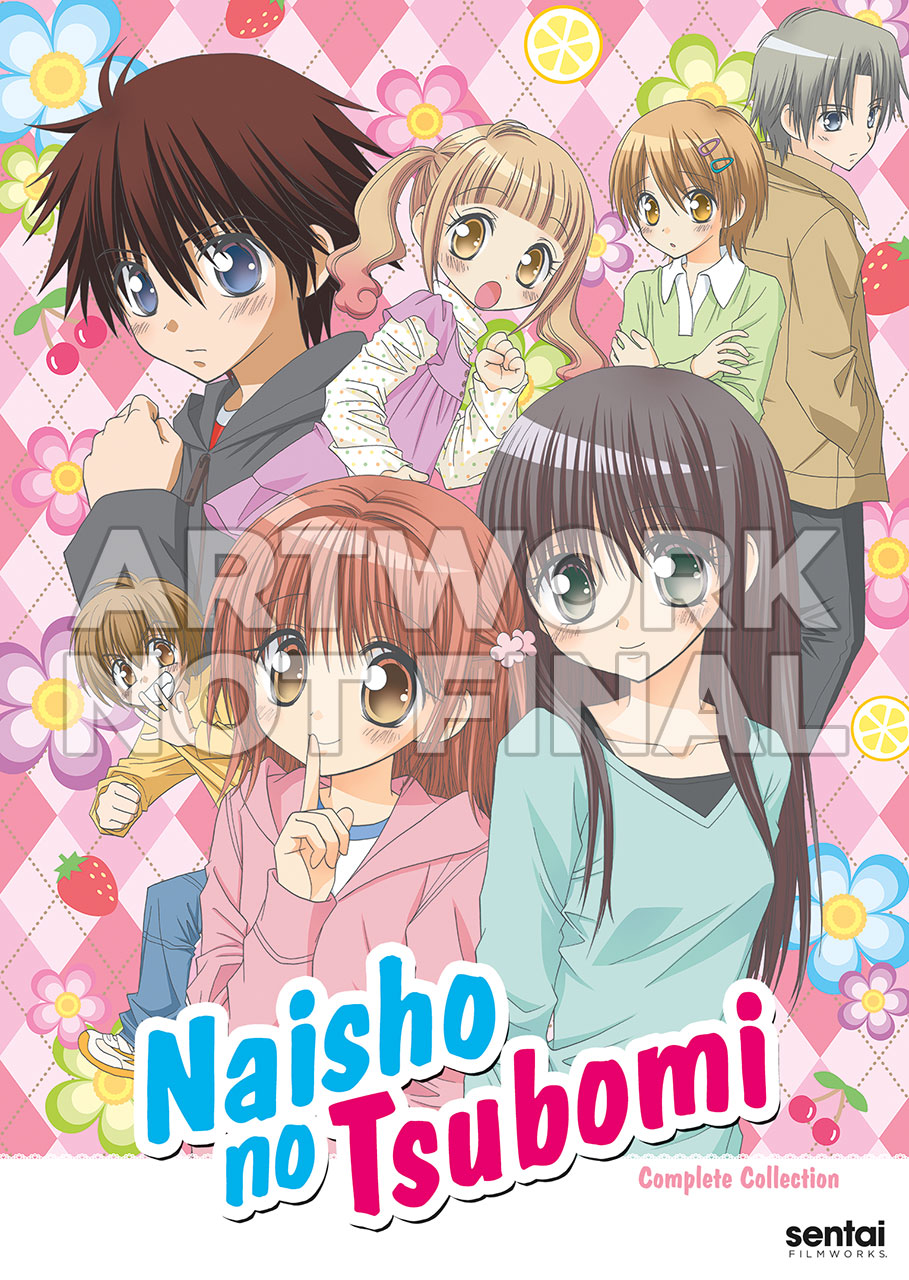 A slice-of-life tale about growing up arrives on January 9th with the three-episode OVA Naisho No Tsubomi from Sentai Filmworks. Tsubomi is getting ready to start the fifth grade, but the impending arrival of a new sibling and changes in her body have left her starting to feel rather strange. As the human body lacks a true how-to guide, Tsubomi relies on advice from her friends at school, despite the fact that most of them don't know any more than she does! Fortunately, a mysterious new transfer student Saya offers a bit more knowledgeable, and with some help from Mom, Tsubomi just might make it through adolescence unscathed! 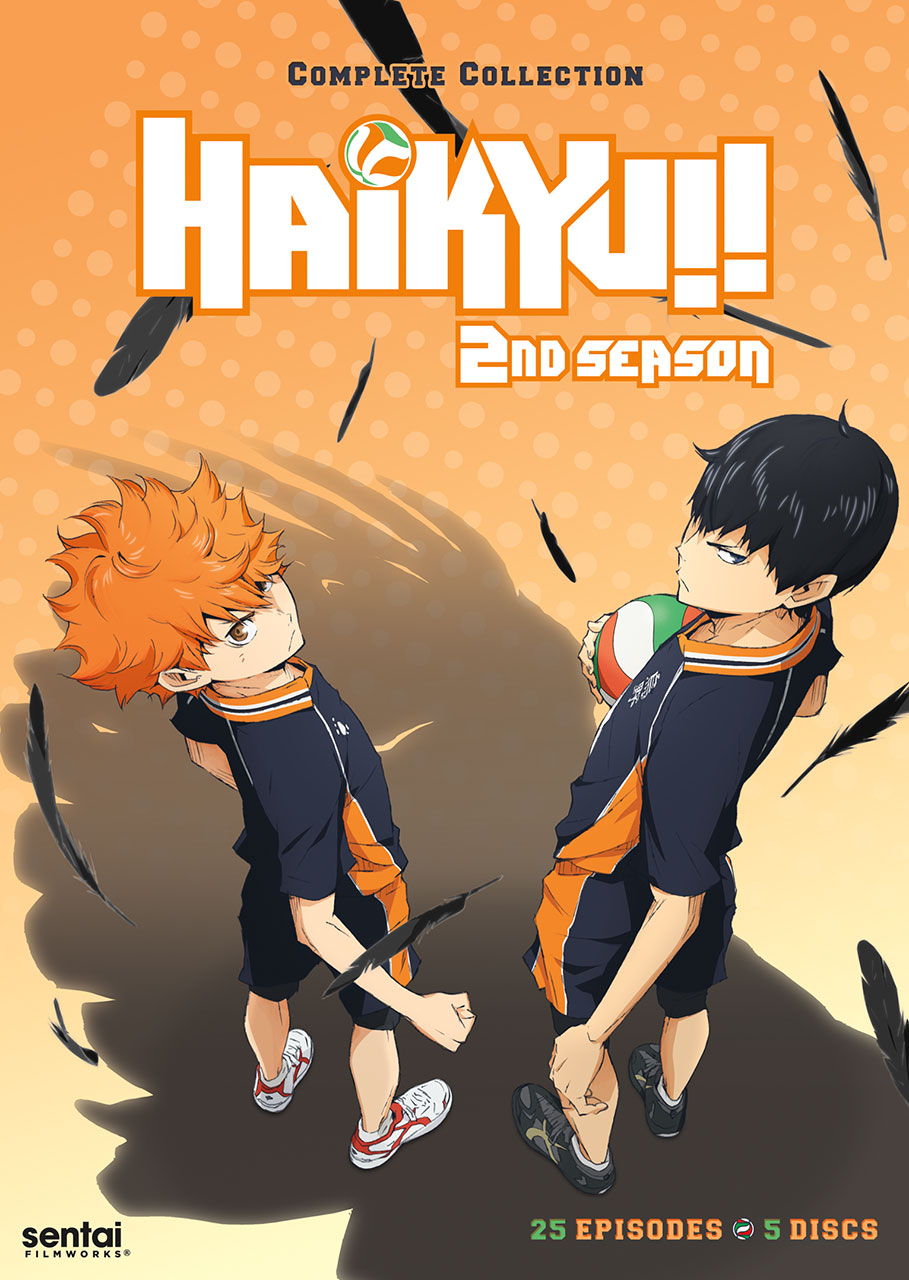 Get your Karasuno High School colors on, as the second season of Haikyū!! hits the court on January 16th! After the team's dramatic loss in the Inter-High Preliminaries, Karasuno gets the unexpected opportunity to go to a training camp in Tokyo alongside other top schools in the nation...including their rival team, Nekoma! Just being able to attend winds up being hassle, as the dynamic duo of Hinata and Kageyama must pass their exams with the aid of Hitoka Yachi, who could be joining Kiyoko Shimizu as a team manager. With the eyes of their opponents fixed on their progress, will it be the spark needed to get the team moving in the right direction? This release will include a limited edition that features an art book, collectable coin, character cards, art cards, and sticker pack. (Check out our review of Haikyū!! Season Two, and see why it blends "a sense of raw emotion that a lot of anime seems to be lacking these days"!) 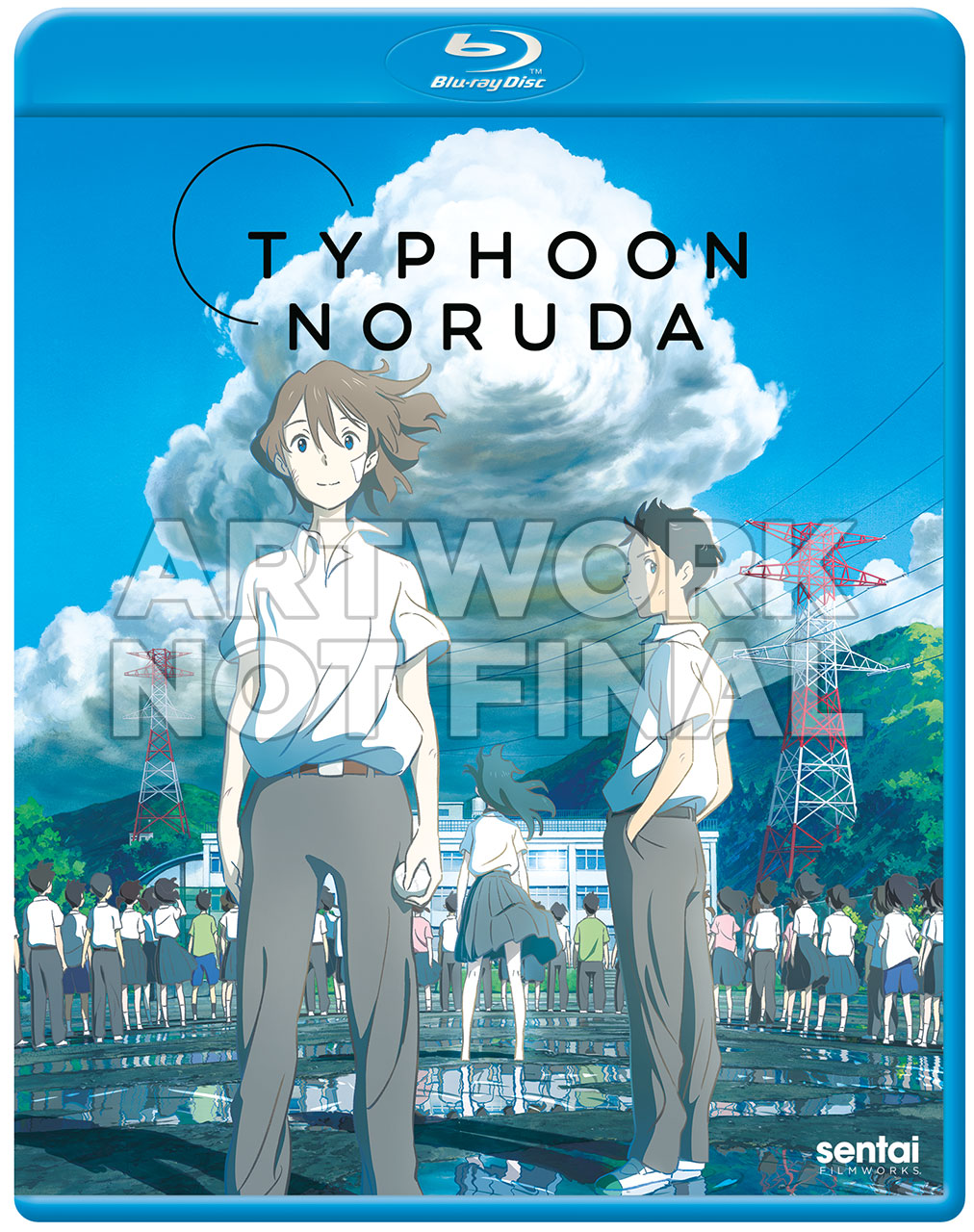 January 23rd sees the release of the short film Typhoon Noruda, originally showcased as part of noitaminA's film series. As an unexpected storm bears down on a small island, a group of students trapped at school find themselves forced to put aside their personal issues and work together to save themselves and -- quite possibly -- the lives of everyone on the planet! Because there's something very strange about this storm, and as the driving rain, hurricane-force winds and multiple lightning strikes threaten to tear their world apart, everything seems to revolve around a mysterious girl who appears as suddenly as the storm itself. Only hours before, Shuichi Azuma and Saijo Kunta were at each other's throats over baseball; now they'll have to join together to unravel the secret of the ultimate rider on the storm. 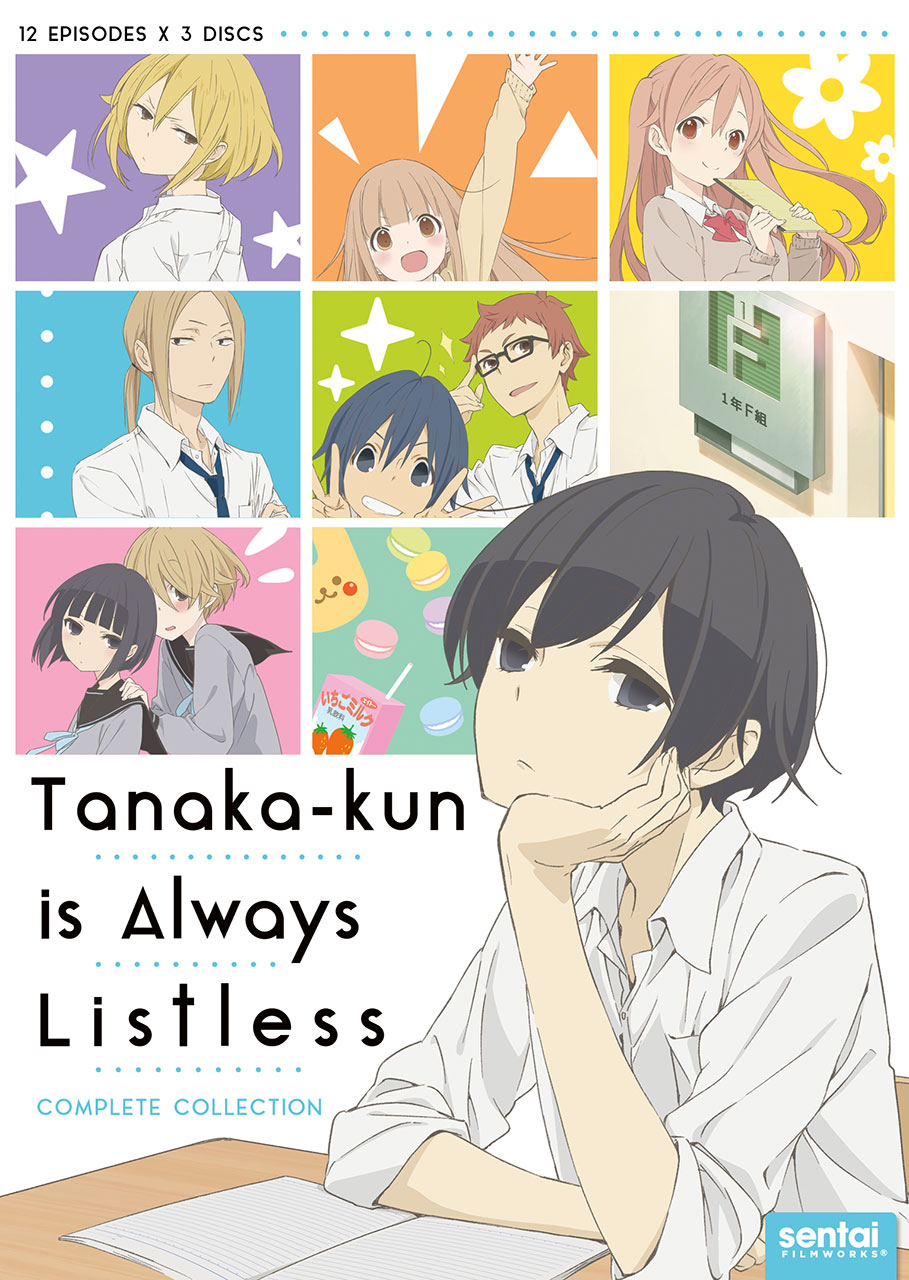 Finally, it's time to get lazy like a pro with the January 30th release of Tanaka-kun is Always Listless! Tanaka is one that nods off easily, and his best friend Ota is almost always there ready to literally drag him from class-to-class. Our less-than-average protagonist tries to take it one snooze at a time, but when you have class rep Shiraishi eyeing him and the pint-sized Miyano egging him on to be his apprentice, that nap isn't gonna happen for him anytime soon! A collector's edition will be made available for this release, which will include the show soundtrack, booklet, sleep mask, art cards, and a door hanger. (Read our review of Tanaka-kun is Always Listless to see why it "showcases a big dose of hilarity and heart in just about every moment it crafts"!)