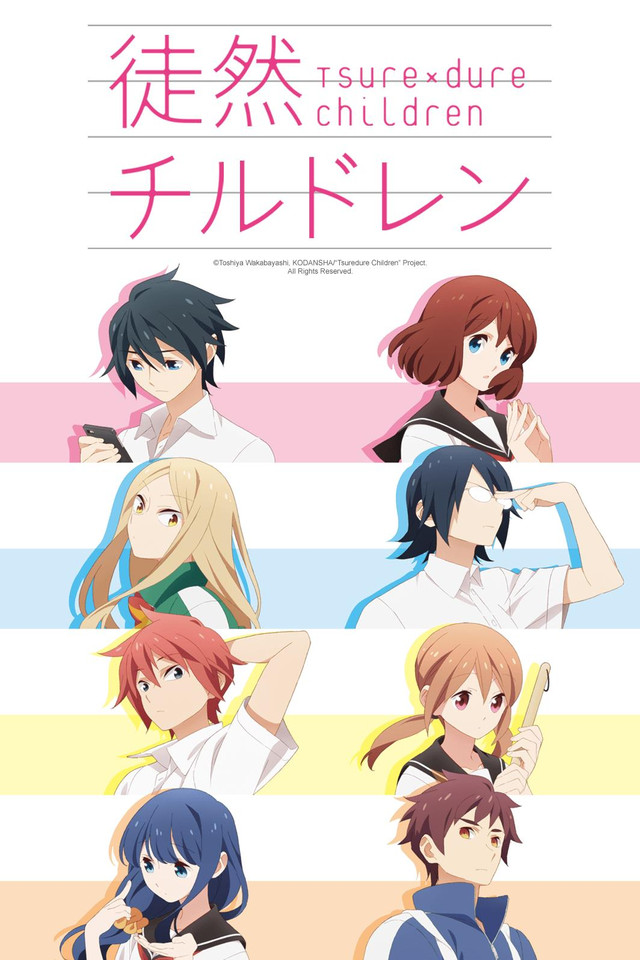 Hollywood romantic comedies often fail at one thing: being relatable. Granted, there are exceptions like Aziz Ansari's Master of None and Jay Baruchel's Man Seeking Woman, but for the most part the rom-com realm is filled with fairy tale levels of asinine plots and character that are so one-dimensional that they'd slip through a crack on a sidewalk. But I digress. Those looking for a rom-com series that delivers strongly on the laughs and relatability should heed their attention towards the summer anime series Tsuredure Children.

The premise of the show is pretty simple. Focused on a plethora of would-be couples rather than just one, Tsuredure Children tells multiple stories about high school romances waiting to blossom. Instead of being head-on with the lovey-dovey stuff, it presents the viewers with the hard truths regarding the difficulty of confessing one's love to another. Throughout the show these characters attempt to find that right moment to tell their feelings, try to read their crushes to see if they feel the same, and deal with certain outside interferences that may hinder their plan of finding everlasting romance. 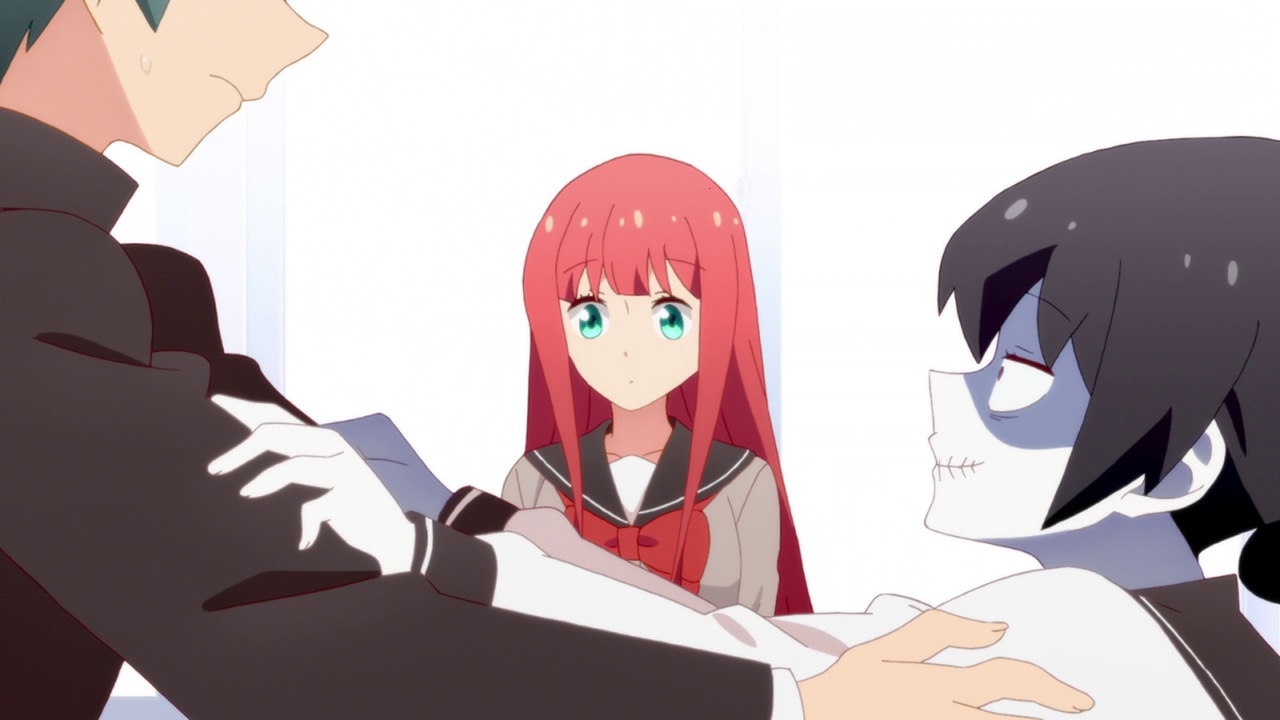 It's quite difficult to pinpoint or describe the uniqueness of each storyline that occurs, as they deal with the desire of one's heart. First love, unrequited love, and the strength of one's love are common themes presented throughout the show. However it's these characters' personalities that help to make each plotline stand out from one another. The duo of Jun (Kōhei Amasaki/Dallas Reid) and Yuki (Kana Hanazawa/Sara Ragsdale) deal with the boy having trouble reading the true intentions of the playful girl, whereas Chiaki (Seiichirō Yamashita/Kyle Ignezi) and Kana (Akari Kitō/Alison Viktorin) are a comedic couple who have issues being serious with their love.

With each segment is a plethora of strong punchlines and down-to-earth commentary on the state of the universal dating scene. Although I shan't spoil some of this show's most golden moments, there are instances involving parents walking in on their kids, Jun's jealous little sister (Haruka Tomatsu/Jad Saxton), an insane "Dating Master" (Daisuke Namikawa/Kyle Phillips) whose flamboyancy is the only thing keeping him alive, and many silly attempts at holding hands/hugging/kissing that give way to bigger laughs. Thankfully all of these moments are shown in such a way that you may easily see yourself in one of these characters. (You could hypothetically do a drinking game where you take a shot every time Tsuredure Children mirrors something from your life, but it may result in all the participants being hospitalized for alcohol poisoning.) 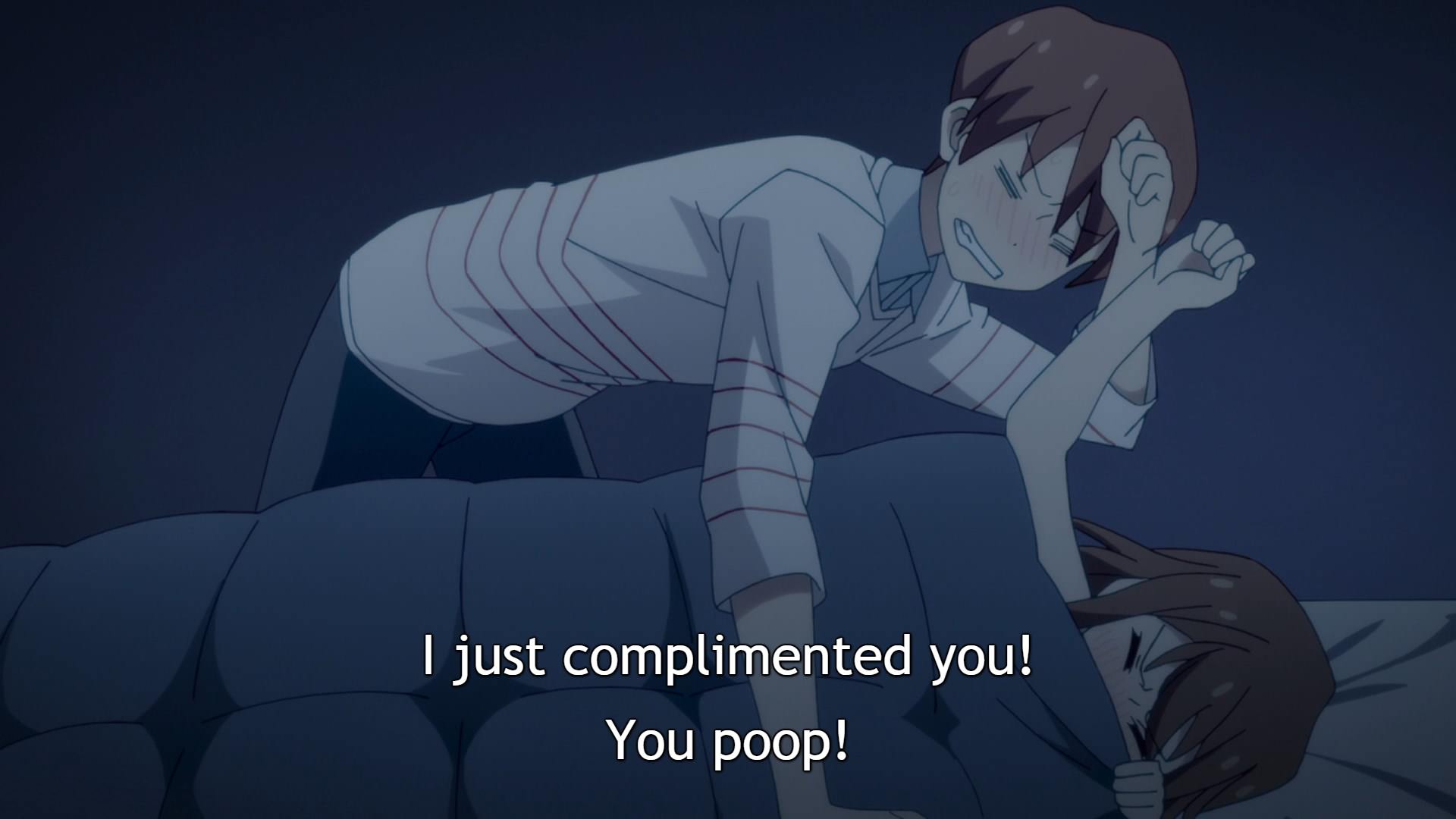 A lot of the credit to the show's presentation goes to the voice cast, who capture the highs and lows of romance with a hint of glee. Amasaki & Reid have a playfulness in their roles as Jun & Yuki, with the addition of Tomatsu amplifying some of the show's funniest moments. Kitō & Yamashita commit to a jokey approach to Kana & Chiaki, with the more serious moments adding a dose of harsh reality for those who don't take their significant other as serious as they should. The Funimation dub has casting that ranges from being decent to pretty good, with the chemistry of Ignezi and Viktorin shining the brightest out of all the anime couples.

I was surprised to see Makoto Shinkai's usual go-to composer Tenmon writing the music for this series, as his style seemed should've been out of place in a comedy such as this. Thankfully his score not only complements the anime well, but also elevates a few of the better punchlines to higher levels. Opener "Aimaimoko" by Inori Minase is a cutesy melody that fits with the feelings of first love and trying to convey one's feelings. Yui Ogura's closing theme "Dear" is pretty adorable, but one cannot help but think it might feel too schmaltzy for a show like this. Still, it doesn't take away from the fact that it's a good song, even if it seems slightly out of place. 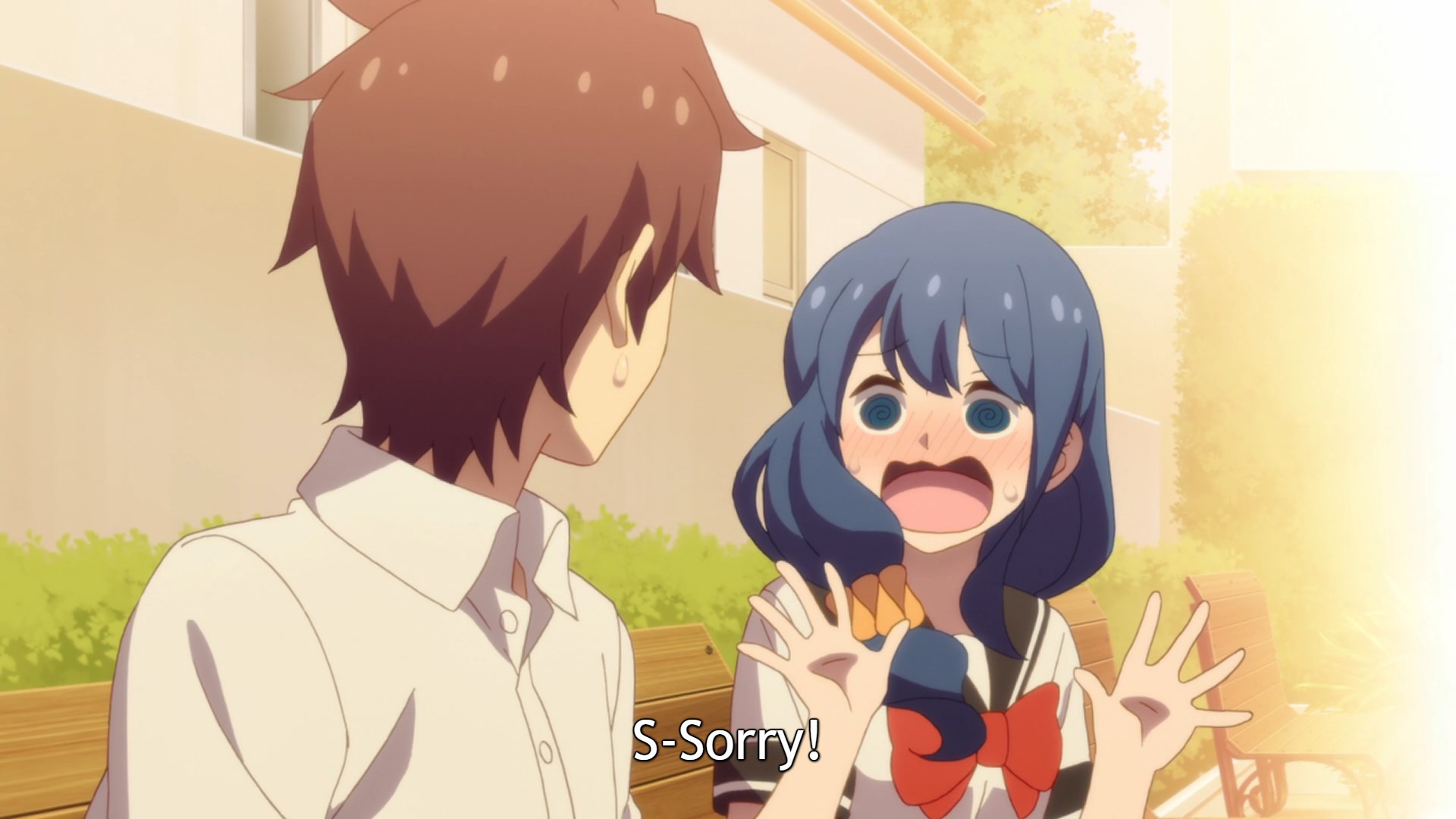 Unfortunately one cannot say everything is great about Tsuredure Children. Its visuals, produced by Studio Gokumi (Kin-iro Mosaic, Seiren), are pretty lazy in the character design department. The males look like a cross between a Cabbage Patch Kid and 1930s-era scarecrow, whereas the females are drawn like Charles Schulz attempting anime. (Trust me when I say that the latter isn't as amazing as it sounds.)

Even with its faulty animation, Tsuredure Children still manages to be a brilliant and entertaining show. It's smart, funny, relatable, and filled with a lot of heart. In short: it's everything the Hollywood equivalent hasn't had since Friends went off the air in 2003. Perhaps now's the time for viewers everywhere to check out this well-written anime comedy and remind themselves why love is the hardest thing to ever come to grips with. At the very least, Tsuredure Children will leave them laughing, albeit somewhat awkwardly.

Tsuredure Children can be viewed on Crunchyroll, FunimationNOW, and VRV. It has been licensed by Funimation. Episodes 1-12 were observed for this review. Promotional consideration provided by Crunchyroll.

Background Noise: No Cities To Love by Sleater-Kinney - Even with tongue placed in their cheek, the Olympia-based riot grrrl trio can dish out the harsh truths of love and womanhood with a bolt of lightning in each hand. Their 2015 comeback record dives into the horrors of retail work ("Pricetag"), the trials of being in a musical movement ("A New Wave"), and being out of touch with something you deem precious ("Hey Darling"). It's an album that many a love stricken teenager would blare in their rooms as they scream out their frustrations of being unable to profess their love to the one they cherish most.