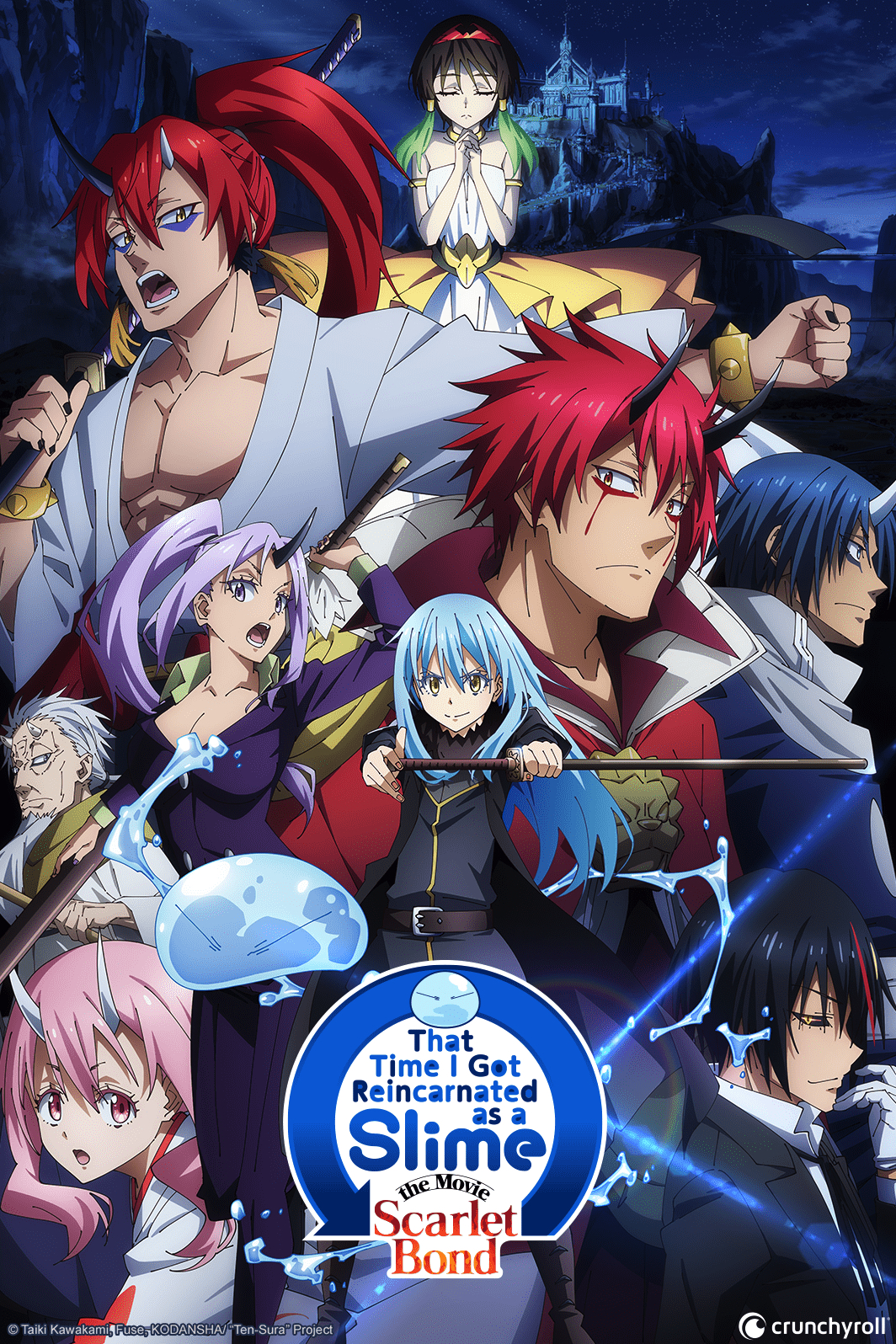 Taking place after the events of Season Two, Scarlet Bond focuses on the arrival of the ogre Hiiro (Yuuma Uchida), whose queen Towa (Riko Fukumoto) and her kingdom of Raja is in danger. After Rimuru (Miho Okasaki) assists Towa with the poisoned water supply, a neighboring country sets to attack Raja. As such, Rimuru starts suspecting foul play. 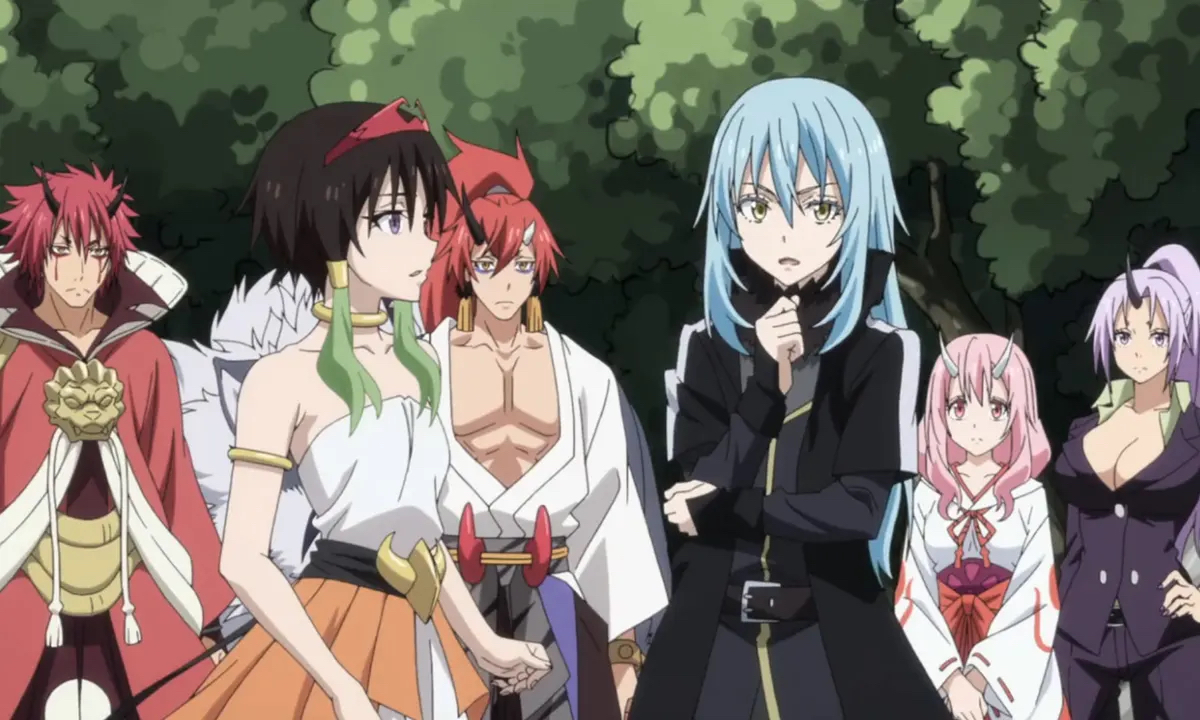 Much of Sacred Bond puts its focus on Hiiro, who aims to protect Queen Towa and Raja. As she is the one who saved his life, he feels an obligation to make sure she is not taken by her mysterious illness. Rimuru and his Tempest cohorts act more as support for Hiiro and Queen Towa, sometimes playing second banana to many of the narrative’s conflicts. On one hand, it’s a good way to expand on the massive world of That Time I Got Reincarnated as a Slime; on the other hand, I’m certain most people are watching this film because they wish to see the series protagonist do what they do best.

That’s not to say that Rimuru’s sitting on their hands throughout this movie. We see how they assist Queen Towa, on top of ridding the poison from the kingdom in a very impressive manner. But once the real villain sticks his nose where it doesn’t belong, Rimuru becomes the film’s backup instead of simply leading the charge. (Considering how powerful Rimuru is at this point, perhaps them being the lead would’ve made this a much shorter film.) 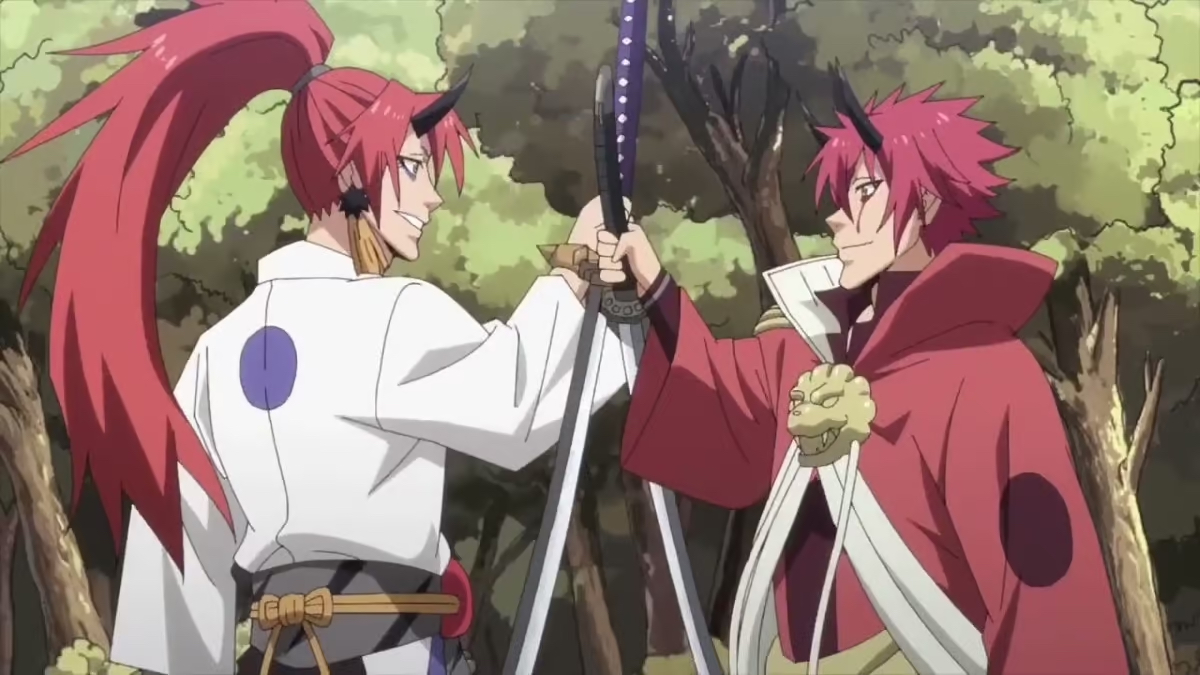 However, the problem lies within the character of Hiiro. He feels too shoehorned in to the world of That Time I Got Reincarnated as a Slime, acting as the one-off character this non-canon film destined him to be. While there’s history between him and the ogres living in Tempest, his sudden appearance and reaction from his brethren equates to a shrug rather than an emotional shock. Queen Towa feels more at home with the rest of the cast, especially when she acts with grace around Rimuru.

The biggest problem with Scarlet Bond is that it concludes with one too many Deus Ex Machinas. It makes the biggest sacrifices made by Hiiro, Towa, and Rimuru feel wasted, to the point where the majority of the problems could’ve easily been solved in 22-minute episode than a two-hour movie. Not only does it disservice to the characters of the series, but also to the franchise’s biggest fans. 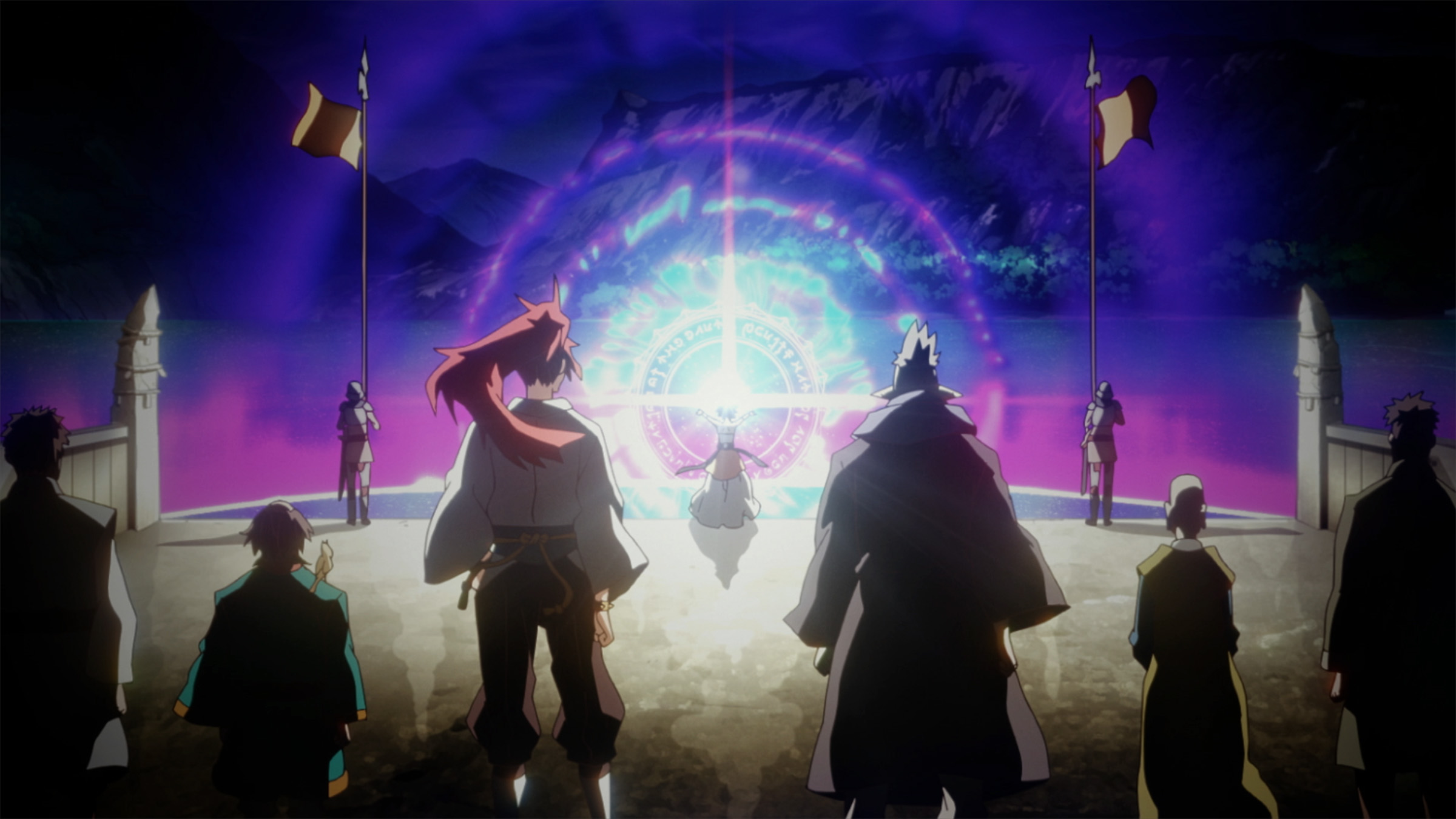 There are some shining moments in Scarlet Bond, especially when the action takes place. The battle between Diablo (Takahiro Sakurai) and Violet (Miyu Tomita) delivers the heart-pounding intensity a film adaptation deserves. A third act fight with Hiiro also puts on display the impressive work of 8bit’s animation, with flames that flicker and burn with enough tenacity to make anyone sweat. Comedy-wise, it’s hard not to laugh at every moment Shion (M.A.O) pulls out another failed attempt at cooking, to the point where its fatal stench overpowers even the mightiest of creatures.

Despite these highlights, the overall presentation of That Time I Got Reincarnated as a Slime the Movie: Scarlet Bond makes for a hard sell. On one hand, it’s great seeing these beloved characters finally on the big screen. However, they absolutely deserved a better movie, one that make use of every great warrior, demon lord, and Gobta (Asuna Tomari). Scarlet Bond doesn’t do that, instead choosing a path that’s too predictable and worn out. Be thankful for that Season Three announcement, as Scarlet Bond would’ve been a crummy way to end something as fun and delightful as That Time I Got Reincarnated as a Slime.