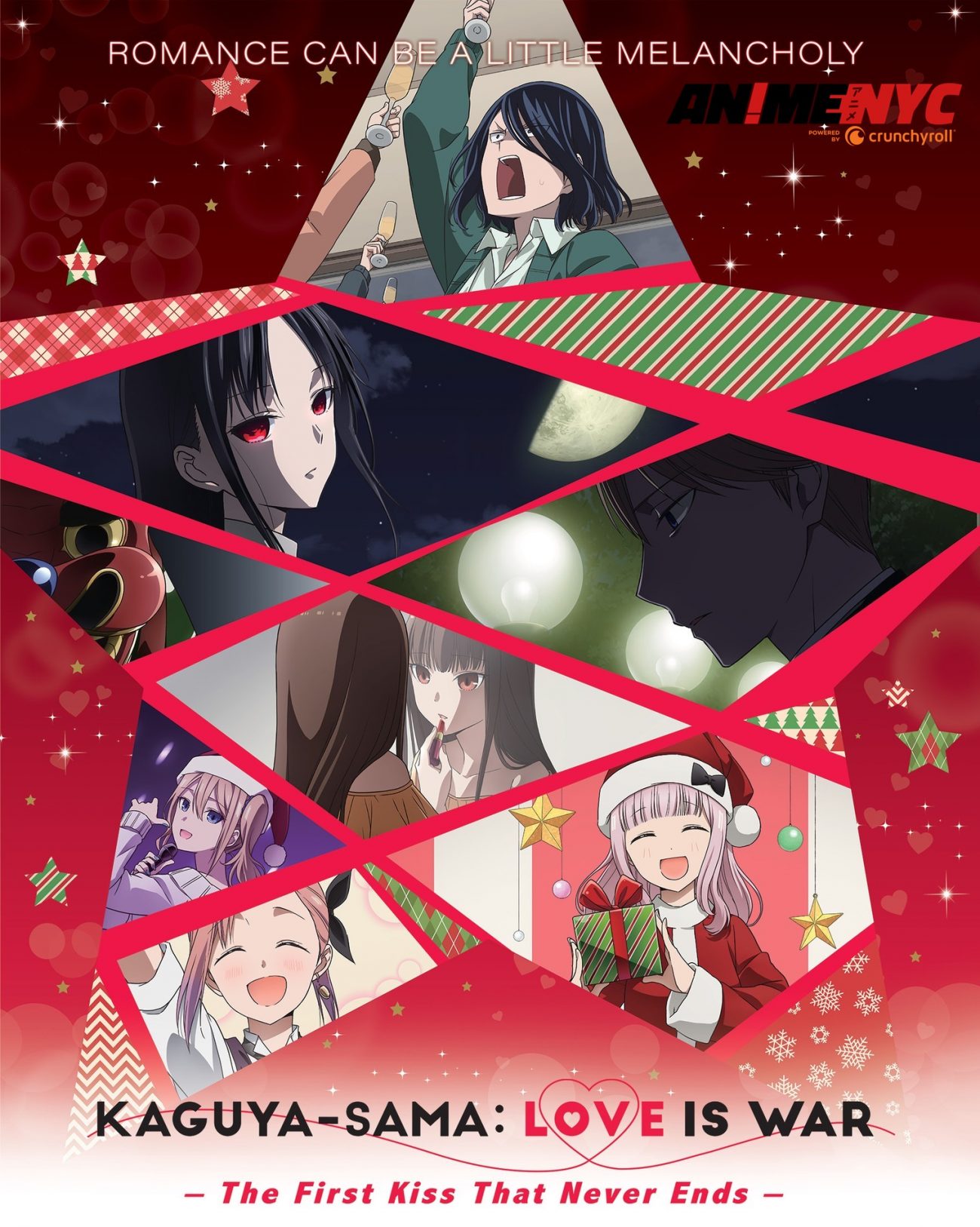 Since 2019, Kaguya-sama: Love is War has taken the anime rom-com world by storm. In fact, one could easily argue that each season brought a new standard to the genre in ways nobody could’ve imagined. This December, audiences will get to experience Kaguya-sama: Love is War in a new setting, as the next chapter of the series is unleashed in movie theaters in Japan (February 2023 in the US).

To celebrate the occasion, Anime NYC invited a few special guests to this year’s convention. On top of Aniplex producer Tatsuya Ishikawa and A-1 Pictures producer Yuichiro Kikuchi arriving in New York, Kaguya-sama herself Aoi Koga made her first trek to an East Coast anime convention. The panel began with reflection, as Koga, Ishikawa, and Kikuchi looked back at the first three seasons of Kaguya-sama: Love is War. Besides sharing their favorite moments from the series (ranging from the very first episode and the Student Council elections to the last moments of the Season Three finale), they even discussed the importance of the opening and ending themes of the series. Not only did it dive into what made Masayuki Suzuki’s theme songs so special to the franchise, but it also dove into the special endings made for specific episodes. 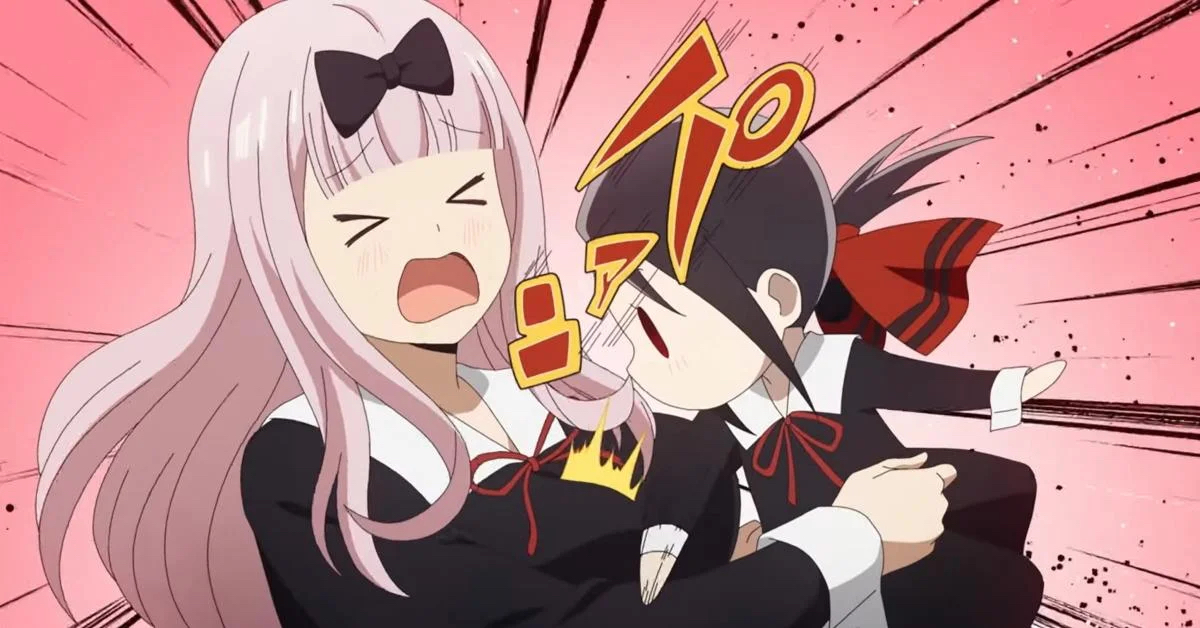 Of course, you can’t have Kaguya-sama: Love is War without the rest of the student council. Makoto Furukawa (Miyuki Shirogane), Konomi Kohara (Chika Fujiwara), Ryota Suzuki (Yu Ishigami), and Miyu Tomita (Miko Ino) recorded special messages for the con-goers of Anime NYC. On top of sharing their love for the series and favorite moments, they also shared words of encouragement to Aoi Koga, with hopes that they can join her in New York City next time. The words filled Koga with emotion, with her feeling grateful to have a loving cast, as well as speaking highly of Furukawa’s strong work ethics.

Before the premiere footage from the new movie (entitled Kaguya-sama: Love is War -The First Kiss That Never Ends-), Anime NYC surprised Koga with an early Christmas gift. In the box was a sweater from Stamford University, the college both Kaguya and Shirogane were aiming to study at. Quickly, Koga put it on, and was joyful to see how well it fit her (on top of how it matched her red dress). A massive photo op commenced, with audience members standing and flashing hearts to Koga and the Kaguya-sama producers. Finally, the lights went down, and audiences were treated to the film’s first twenty minutes. 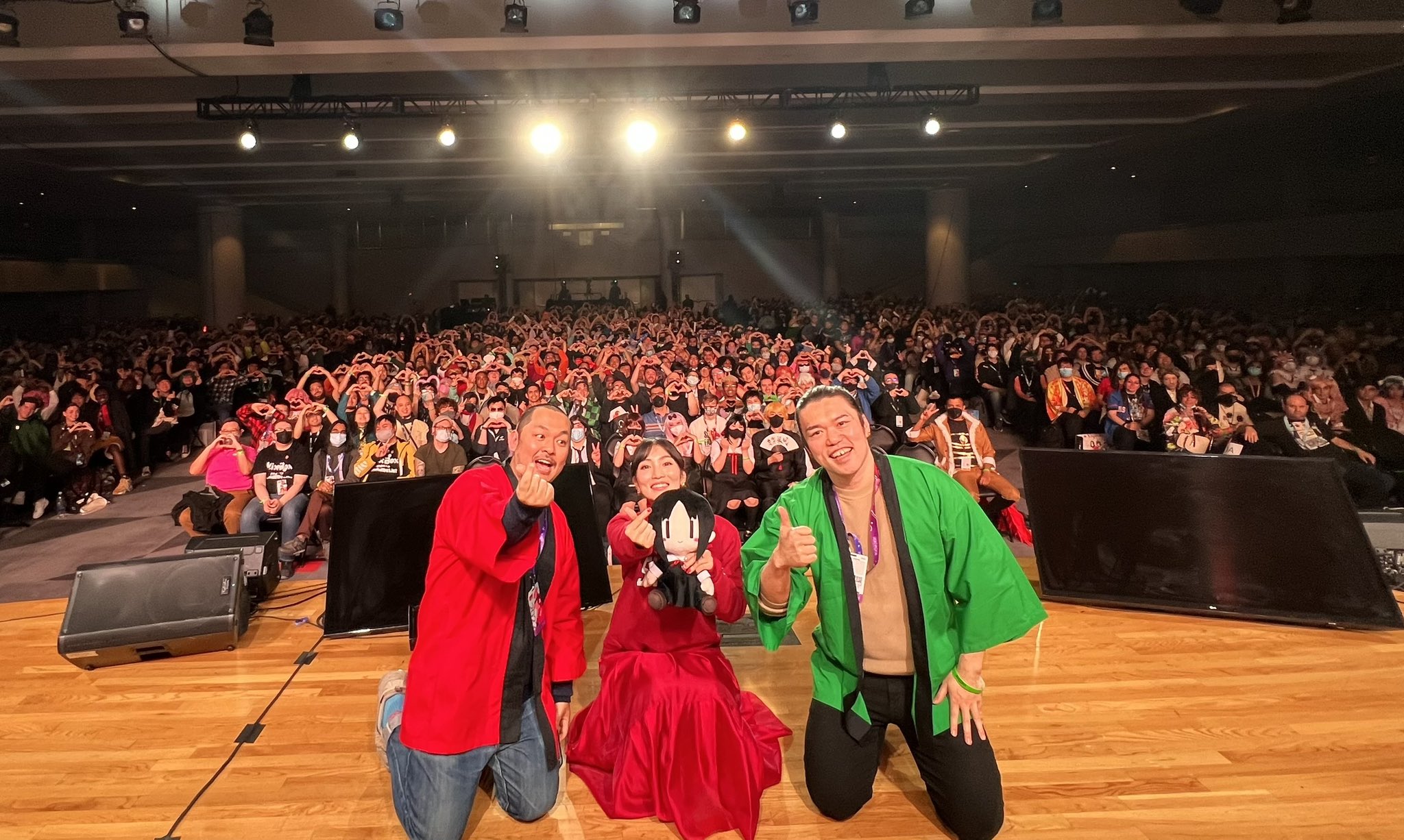 What audiences experienced was nothing short of pure, unadulterated hilarity. Subjects involving first kisses, sex, and Christmas parties were brought to levels that have never been achieved not just in anime, but rom-coms in general. The appearance of Little Kaguya, how Shirogane handles Kaguya’s current situation, and Ishigami’s Christmas party invite delivered one major joke after another. However, it was an internal battle within Kaguya that brought the audience to a rip-roarious standstill, as the clip ended with the emergence of a side of the vice president we haven’t seen since the series first began.

Anticipation for Kaguya-sama: Love is War -The First Kiss That Never Ends- has been hot since it was first announced; the preview screening only made it hotter! If the comedy continues at the same level as these first twenty minutes, then you may have to take the title of Best Rom-Com Ever away from Love Actually and give it to these guys. (Appropriate, considering both deal with holiday romances!) While Americans will have to wait an extra couple of months to see it, one can certainly trust the team of Kaguya-sama: Love is War to deliver a rom-com movie that’s unlike anything brought to the big screen before!