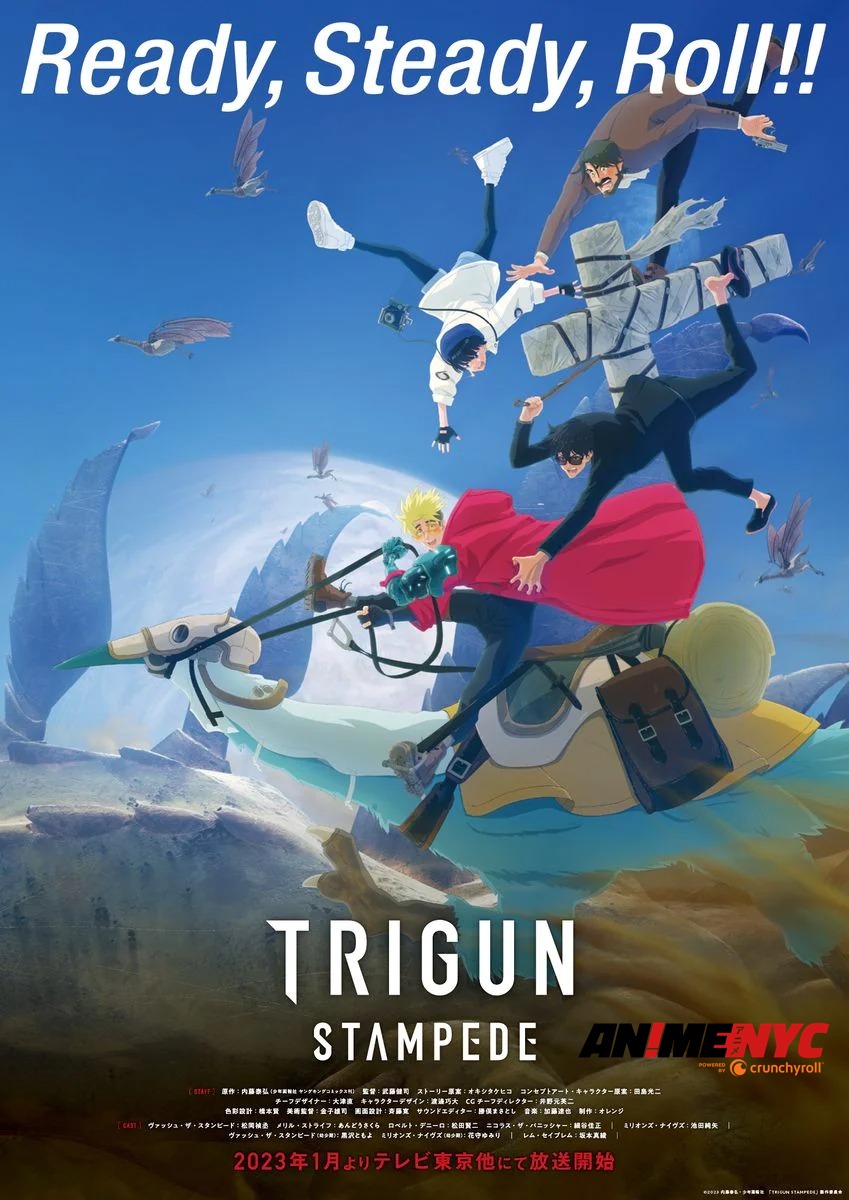 When you think of anime pedestals, Trigun is certainly one show that stands high amongst the greats. The 1998 series is filled with action, comedy, and surprising drama. So it came as a big surprise when it was announced that a new Trigun anime would be made. Entitled Trigun Stampede, the series would be a new take on the iconic Vash the Stampede. At Anime NYC, fans were given a look at its very first episode.

Joined by producers Kiyotaka Waki & Yoshihiro Watanabe of Studio ORANGE (BEASTARS) and Katsuhiro Takei of Toho Animation, the panel opened with an exciting trailer for Trigun Stampede. The producers spoke about their nervousness over showing footage back at Anime Expo 2022. With them in New York City, they took the opportunity to scout Hell’s Kitchen due to the Marvel series Daredevil. But despite their love for Marvel, their love for Trigun is far stronger. 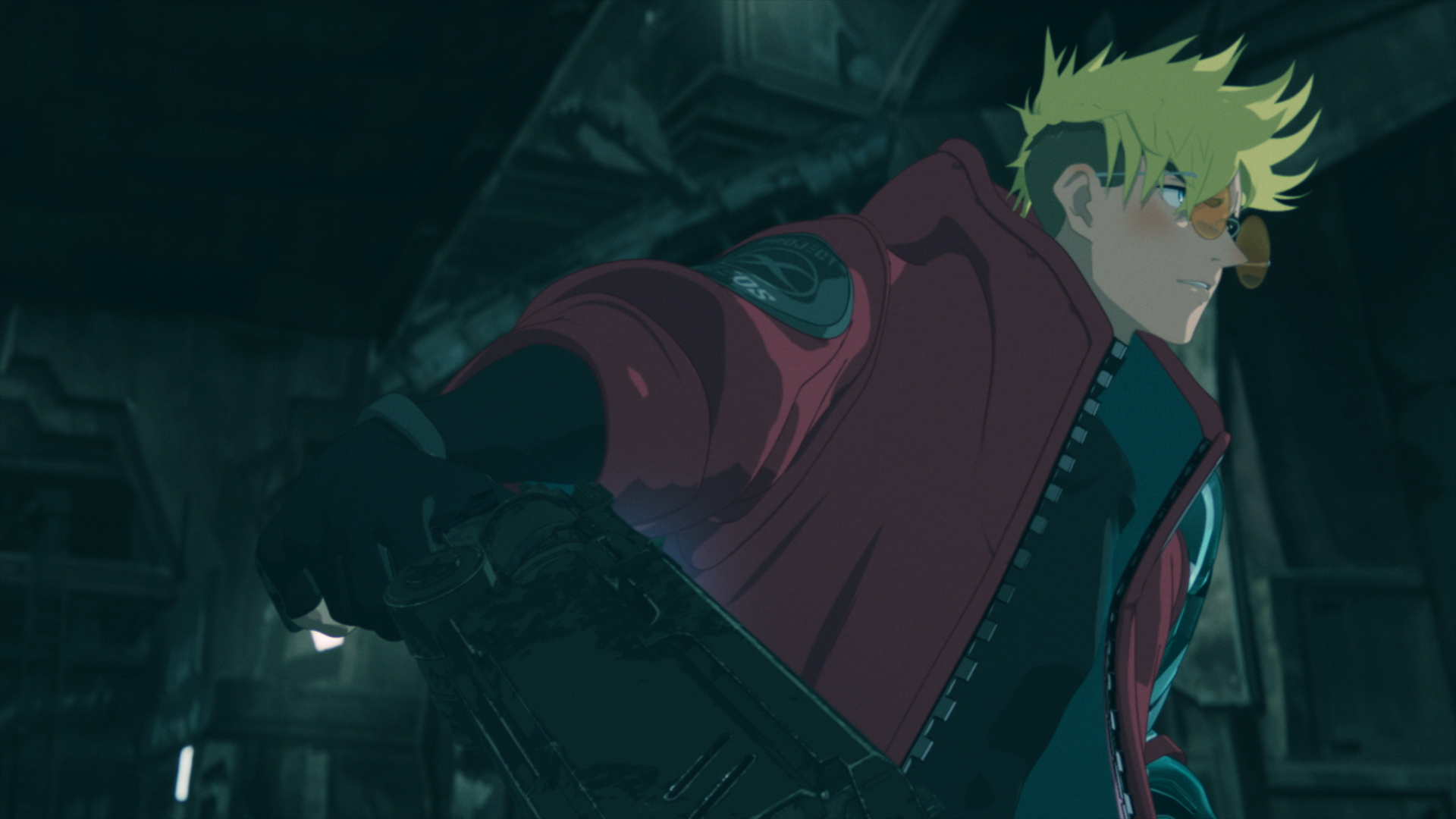 It was their love for Vash the Stampede that pushed ORANGE to want to reboot it in their own way. “Vash’s way of life is a great lesson for everyone,” remarked one of the producers. “I’m a big fan of the manga, but we are trying to bring Trigun to life without having to rewrite it.” The way Marvel films reboot their heroes origins inspired the way ORANGE wanted to bring Vash to a new generation. “I don’t think many Japanese creators even think of doing this.”

At this moment, ORANGE is nearing the completion of Trigun Stampede. “It’s very intense, but we’re almost done.” The producers began showing new artwork of the upcoming series, the first being a scene from the finale of Trigun Maximum. Since the manga was still ongoing when the first anime ended, they weren’t able to tell the actual complete story. With the manga finished, a complete tale can finally be brought to the animation realm. 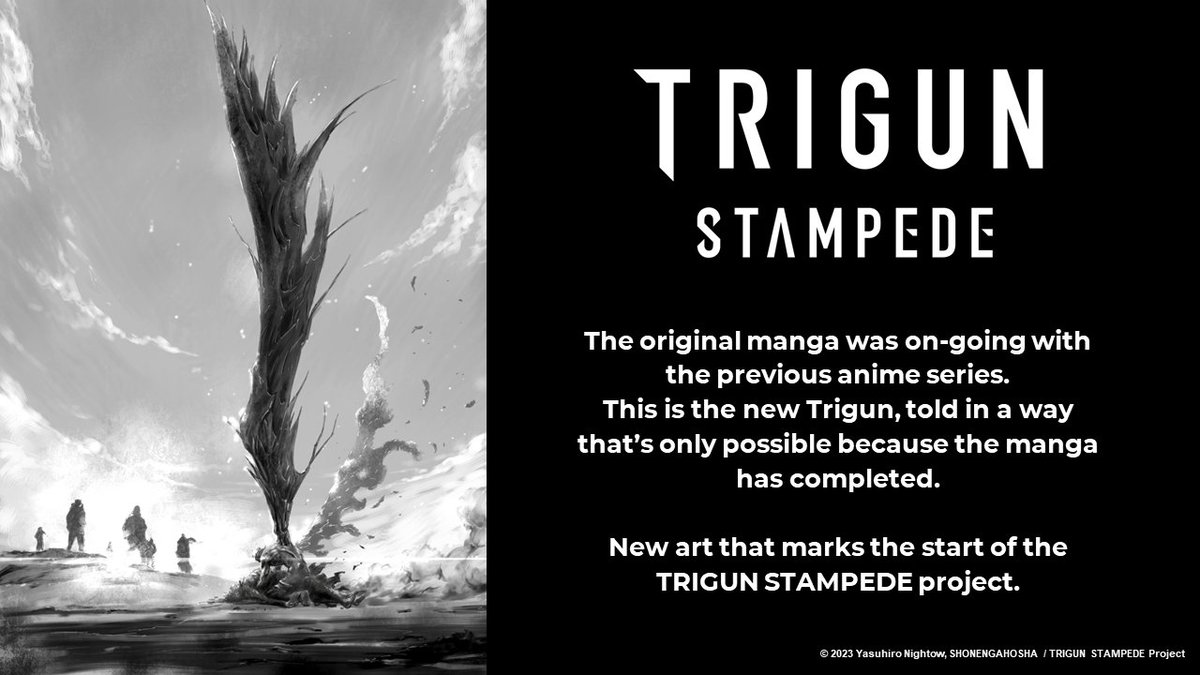 The next piece of concept art showcased a colorful-yet-deserted world. “This series will be about the journey to the city of JuLai.” The audience responded with great surprise, knowing full well what that city represents in the original Trigun manga. Another piece of concept art showcased the inner elements of JuLai, with a look that’s akin to a garden in Blade Runner. More than 400 pieces of concept art were created before production began. “These 400 pieces helped to flesh out the story and world that we wanted to bring to fans.”

An original draft of a Trigun Stampede script was on display next, filled with hundreds of pages of details regarding the story’s concept. Although the series was yet to be revealed due to NDAs, other creators in anime and manga had a feeling that Trigun was coming back under ORANGE. “I just said that we were working on a sci-fi with gunmen, and the reaction was ‘Ah, you’re working on that series!’” 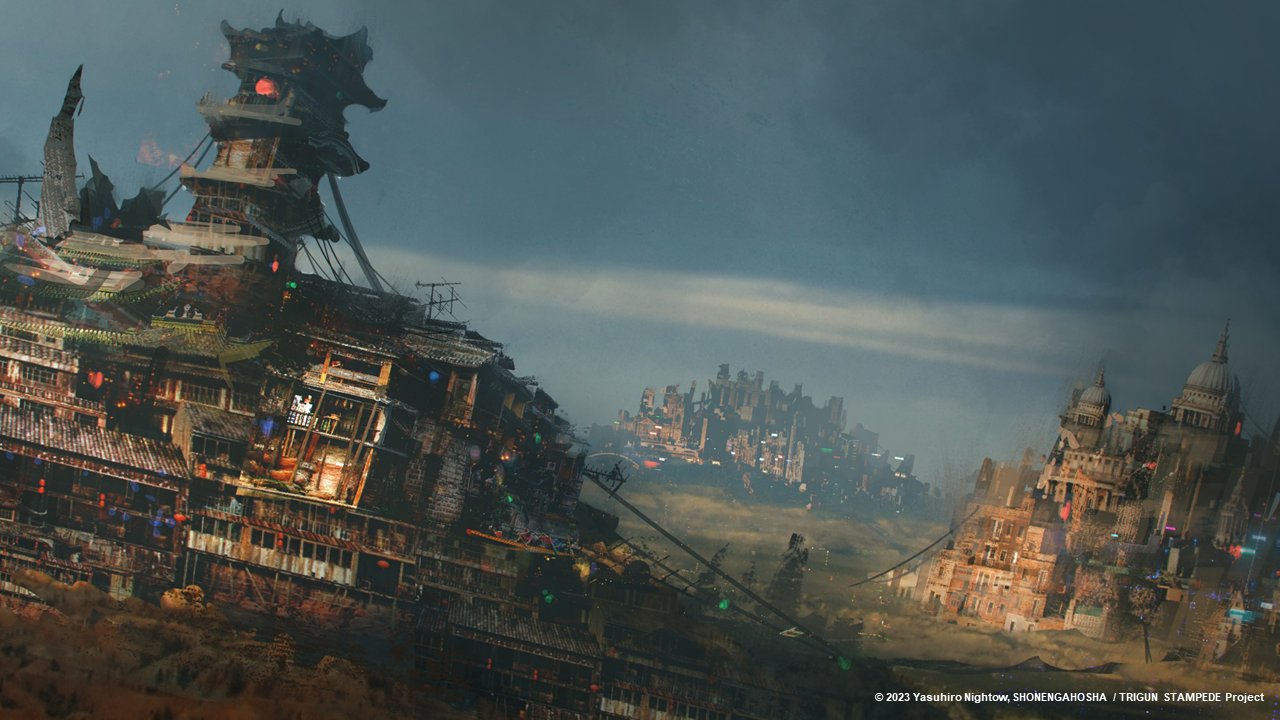 Since ORANGE is known for their great character expressions, the producers dove into the challenges surrounding emoting the characters properly. The storyboards showed Vash looking serious and crying, a sight that made fans giggle. They then surprised the crowd with a villain-focused trailer, featuring Knives, Legato, Zazie, and William Conrad. “The story is about Vash, but the emotional aspect of Knives plays a key role in the narrative. They’re villains, but it’s not that simple. There’s a lot more to them; they’re not just bad guys.”

Finally, the moment finally arrived, as the panel presented the first episode of Trigun Stampede. After saying goodbye to those streaming the panel online, the lights went down and the episode began. Focused on Vash’s first meeting with Meryl and Roberto, it gives viewers a great feel of how this familiar world has evolved visually since the original anime twenty-five years ago. The scene of Vash and Knives leaving the Seeds ship brought forth memories of the classic anime, albeit with a fresh coat of paint and more explosive sound. 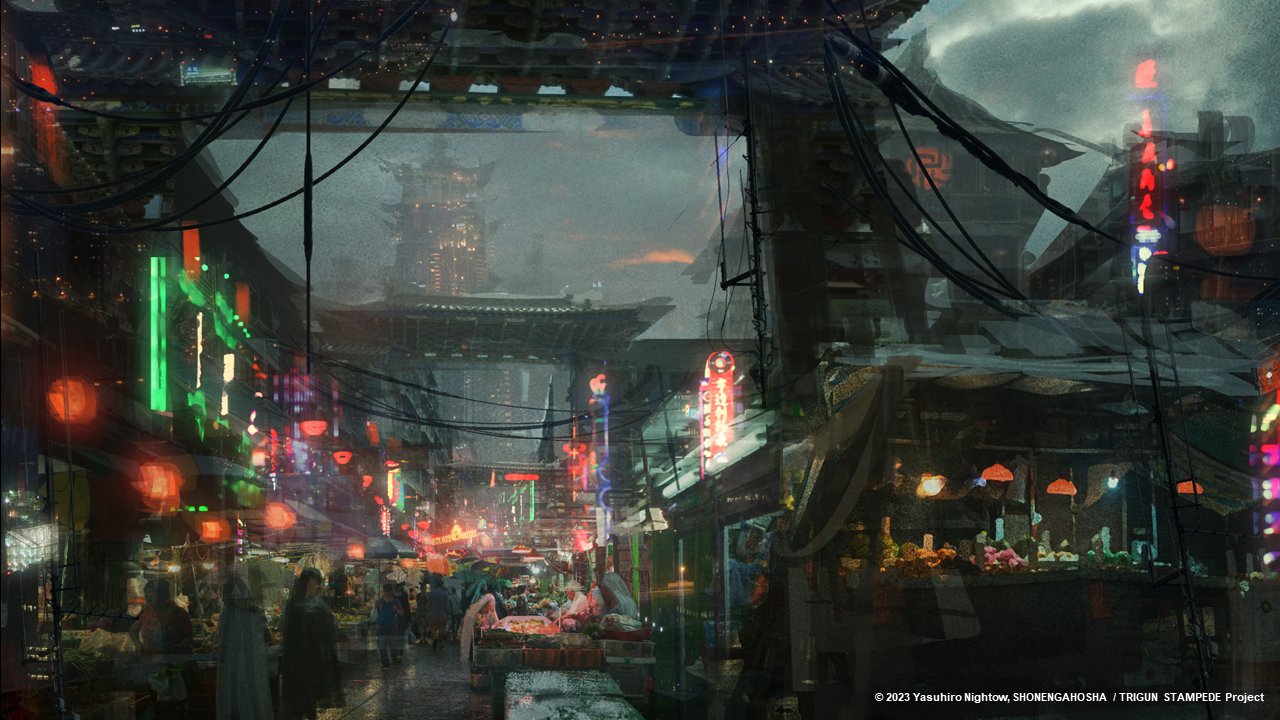 When Meryl and Roberto find Vash hanging upside-down, they use the opportunity to see whether or not he’s the Humanoid Typhoon people claim he is. Upon arriving in a nearby city, the citizens treat Vash as a hero thanks to a past situation. Once members of the JuLai police force arrive to arrest Vash, Roberto puts the officer and Vash in the midst of a duel. What happens next shouldn’t come as a surprise for Trigun fans, but ORANGE showcases the sorts of skills Vash has with both grace and beauty. And the audience loved every moment of it!

With the panel wrapping up, the producers of Trigun Stampede closed it off with their hopes for the series. “We’re not just trying to create a show; we’re creating an experience. We hope you all enjoy what we have created. And we hope the first episode met your expectations. And we aim to go beyond that, as we raise the bar the entire season.” Going by this first episode, one can easily believe that ORANGE will accomplish this.

Special thanks to Crunchyroll for the press opportunity.