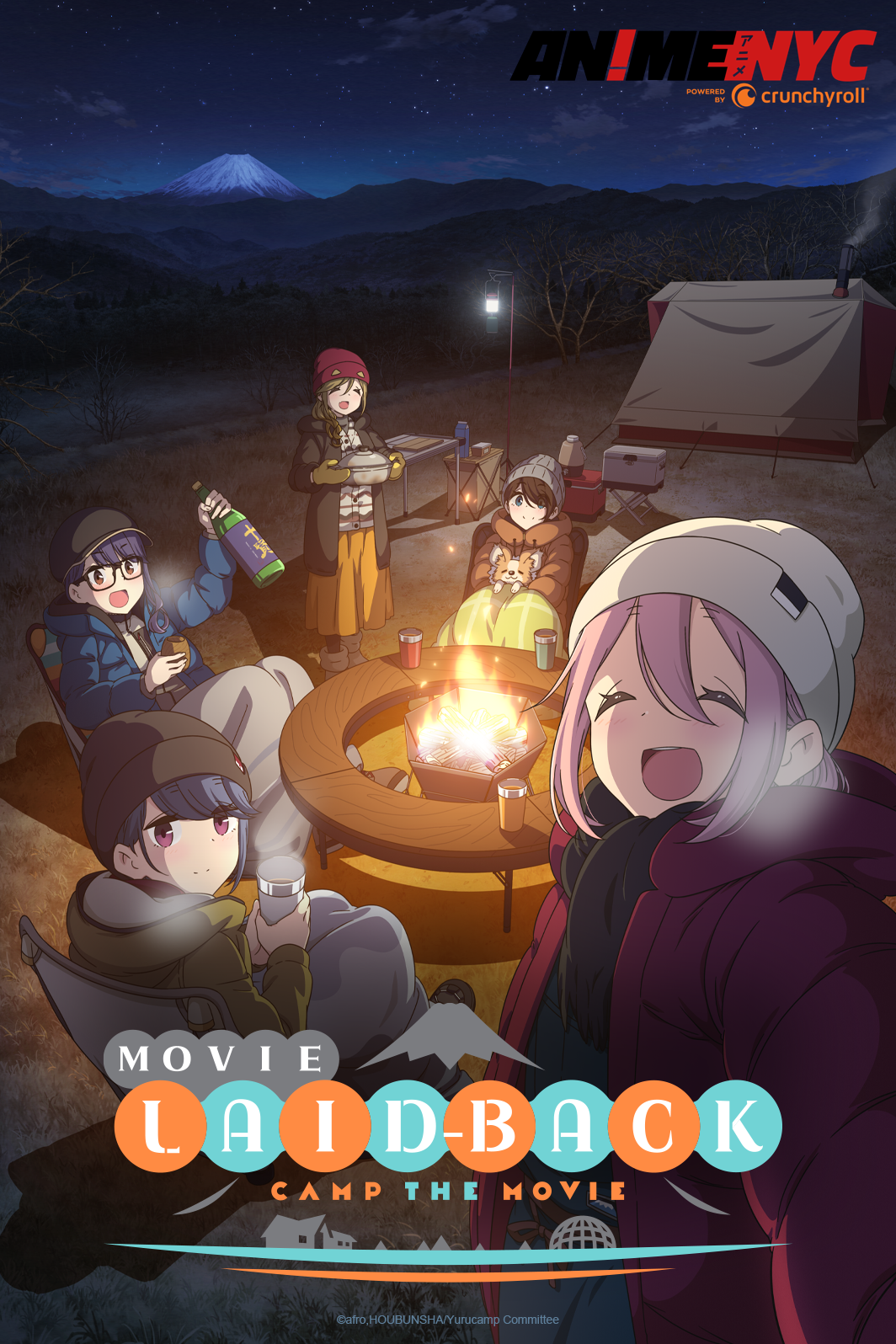 Laid-Back Camp is the perfect comfort food. Whether you read Afro’s original manga, watch its two anime seasons, or play any of the VR games, the bivouac adventures of Rin, Nadeshiko, and the rest of the camping club deliver plenty of warmth and relaxation. For its big-screen adaptation, Laid-Back Camp: The Movie plays a what-if scenario that takes place many years in the future. Thankfully, even as adults, these camping enthusiasts are still just as dorky and energetic as ever.

It all begins when Rin — now a magazine editor — gets an unexpected visit from Chiaki. After a night of drinking, Chiaki drags Rin all the way to Fujikawa for a big plan: renovate an abandoned facility and turn it into a campground. And before Rin can stop her, Nadeshiko, Aoi, and Ena arrive to assist Chiaki with her idea. However, even as the plans start taking shape, the journey to open their own camping site is filled with many speed bumps. 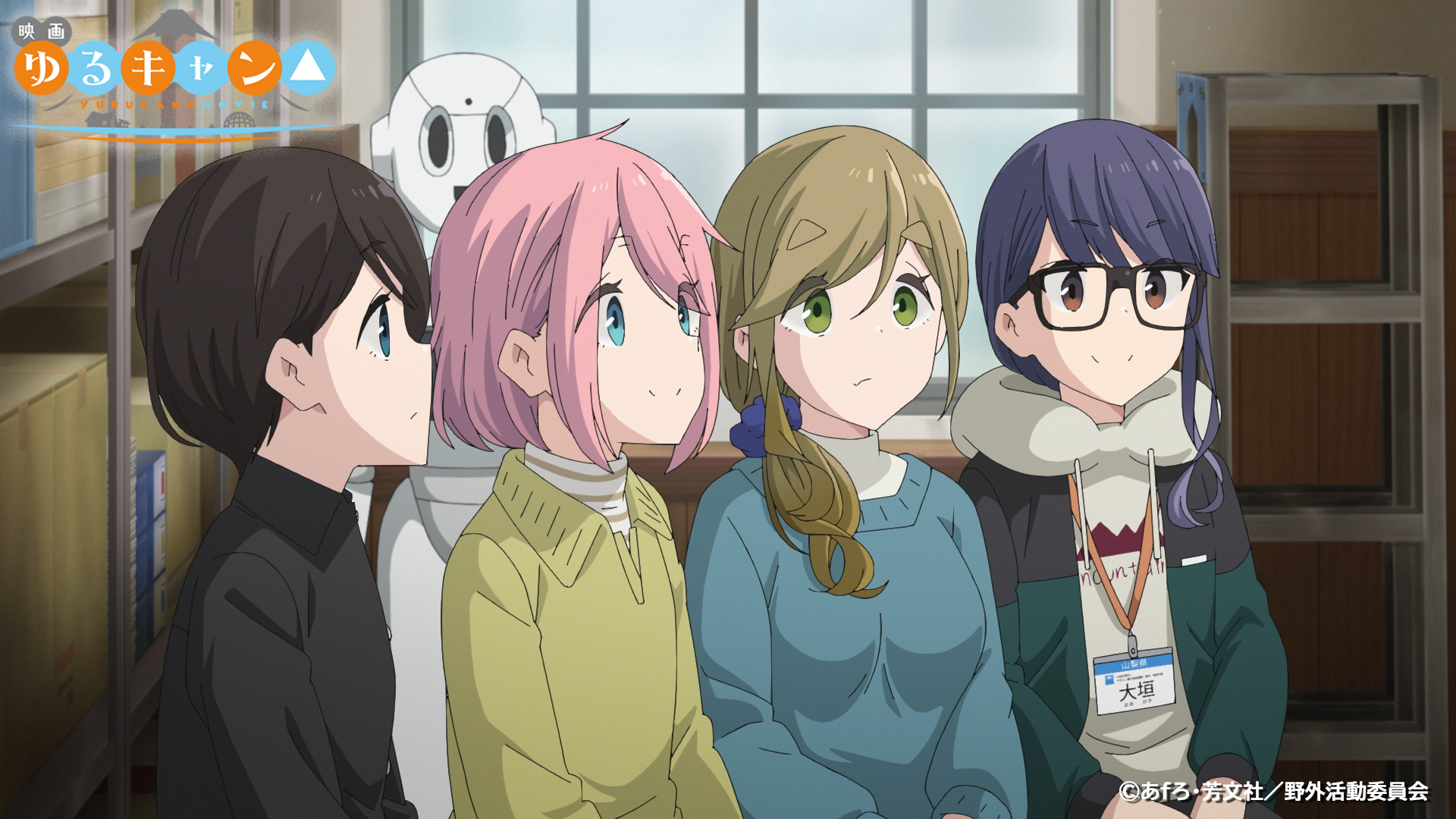 The tone of the Laid-Back Camp anime continues with its film adaptation, one that results in two hours of complete comfort. On top of seeing how everyone has grown and matured, it’s nice seeing that their passion for the great outdoors hasn’t waned in the slightest. How they clean up the area to make room for the future campground showcases both their can-do attitude and their love for outside activities. It also knows when to show their simpler side, as the former camping club often finds themselves using challenging solutions to solve easier problems.

However, it’s when tougher issues arise when you see the women adapt to situations far better than they did as high schoolers. A moment occurs that places their campground plans in jeopardy, to the point where it seems like all is lost. Thankfully, it’s when Chiaki puts two different ideas and discovers common ground in them where their goals have a smoother pathway towards completion. Not only does it give the women (and the audience) hope, but it also showcases how their positivity has gotten them to achieve many great things in their lives. 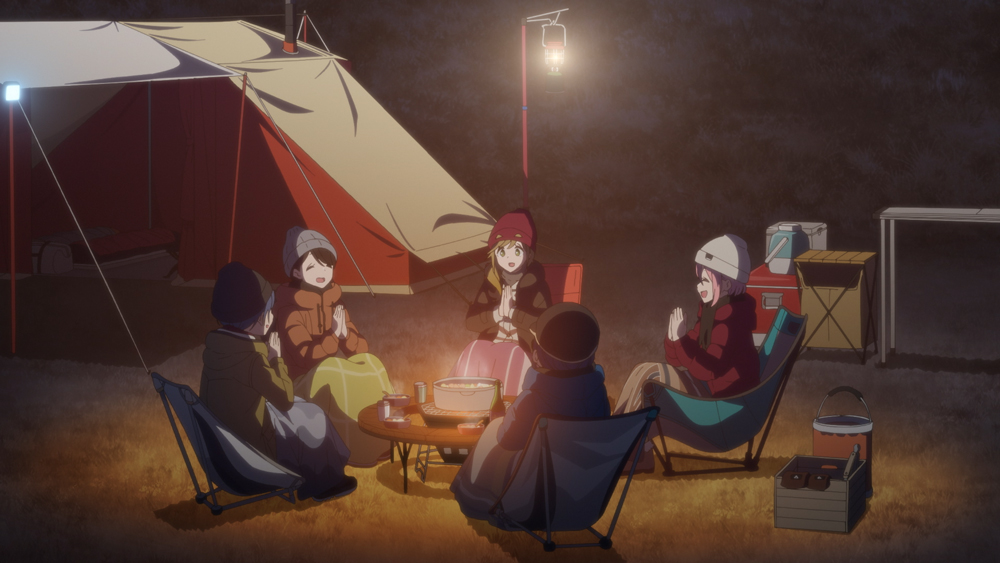 Bringing Laid-Back Camp to the big screen may seem like a strange idea, until you see just how gorgeous the visuals are. Returning animation studio C-Station boosts higher-quality imagery that shines during the nature scenes. Mt. Fuji and the campgrounds that surround it have never looked this beautiful in animation, with the details reaching near-photorealistic levels. The characters also stay true to their television counterparts, with their comedic expressions adding an extra punch to the jokes.

Once again, Akiyuki Tateyama delivers a soundtrack that’s both calming and serene. The mixture of Celtic and New England sounds fit perfectly with the activities and nature on-display. “Sun is Coming Up” by ASAKA is the right way to open up the film, delivering a fun and peppy tune that’ll make anyone smile. In contrast, Eri Sasaki’s end theme “Mimosa” is a perfect melody that’s soothes the ears, while at the same time setting a tone that fits with the relaxing sights of nature.

Laid-Back Camp: The Movie is a wonderful continuation of Afro’s iyashikei. Although it’s not the end of the series in anime form (Season Three was just recently announced), it serves as a solid way to show audiences what Nadeshiko, Rin, and the others will be up to when they’ve grown up. Not only does it give viewers hope that their love of camping hasn’t waned, but it shows that as people grow up, their passions can expand just as well. So pitch a tent and start a roaring fire, and see why Laid-Back Camp: The Movie is as cozy as a warm sleeping bag!

Special thanks to Crunchyroll for the opportunity to view this movie at Anime NYC. Available to stream on Crunchyroll and VRV!