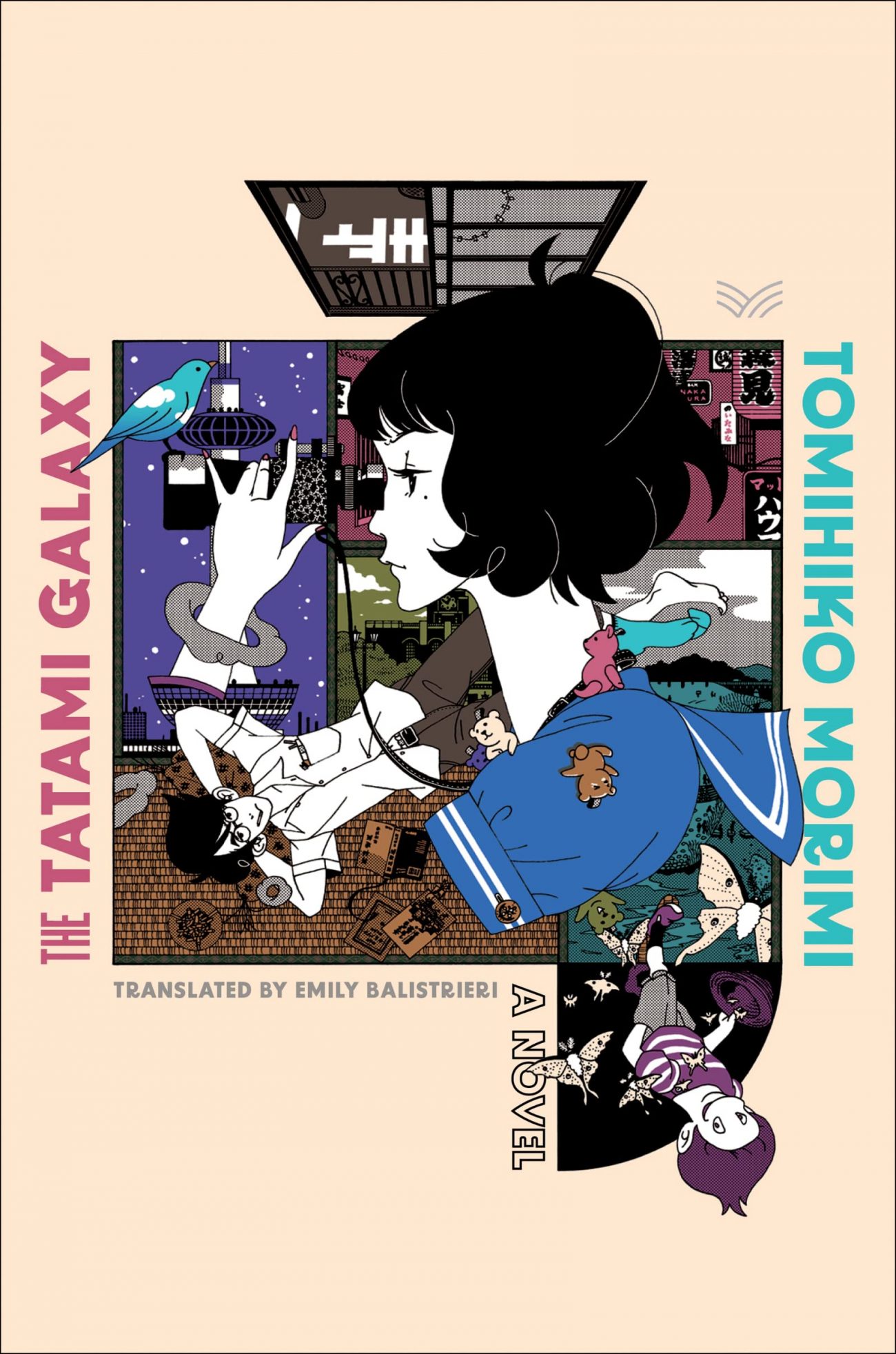 There’s reason behind every decision one makes. A mere placing down of an object like a phone or cup can result in a chain of events that could lead to one’s great fortune or even demise. Author Tomihiko Morimi understands this well, as he places an emphasis on every action of his unnamed protagonist in the 2004 novel The Tatami Galaxy. What follows is a trippy tale of a man fighting against destiny to make something better of himself.

The Tatami Galaxy has our unnamed hero having four different experiences that result in the same outcome. Much of it has the same premise: the hero joins a club, befriends a weirdo named Ozu, and the zaniness commences. In one instance, it’s a film club; another time, a laid-back softball club. But it all links together towards an explosive outcome involving the hero, Ozu, the girl Akashi, and every enemy Ozu makes.

Much of the narrative repeats itself in a similar fashion as either Groundhog Day or Yasmina Reza’s play Life X 3. Whether it’s conversations, Ozu’s quips, or a sudden moth attack, much of these repeated situations links to something grander and explosive. However, it’s the ominous Fortune Teller that sets things into play for the anonymous protagonist, using the word “Colosseo” as a key to everything that’s about to happen. What is this “Colosseo”? Well, it depends on the timeline!

What doesn’t change within The Tatami Galaxy timelines — outside of the overall outcome — are the characters. It’s clear that the unnamed hero has some sort of ego problem, albeit one that causes only minor problems and not major. Ozu is clearly an awful person, but has a certain kind of mannerism that makes it hard to shake him off. Akashi is blunt and to the point, but knows when to show a bit more kindness when it’s needed. Then there’s Higuchi (AKA “Master”), whose actions in the first timeline may actually be the reason behind why the hero keeps repeating scenarios over and over again.

However, while the first three scenarios are similar in their execution, the final one is where things get weird…er. The hero finds himself stuck in a never-ending loop of tatami rooms, as he seeks a way out. He finds some good aspects (finding a ¥1000 bill in each one makes him richer, an endless supply of castella cake), but also some bad aspects (no toilet, nobody but a sex doll to talk to). Yet in its own weird and wild way, this last part manages to reveal many of the mysteries behind the anomalies from the first three.

While The Tatami Galaxy can be confusing at times, its sharp humor keeps it from being a headache to read. The antics Ozu and the hero get into feel cartoonish, but in a way that comes off as believable. Situations involving rival club members and love letters have a good mixture of shock value and hilarity. Then there’s Akashi, who takes everything at face value, but knows when to showcase a humorous cold side when people (i.e. Ozu) deserve it.

It may not be Twenty Thousand Leagues Under the Sea, but The Tatami Galaxy is a wild and imaginative trip towards meaning and purpose. Although there are some Japan-exclusive aspects of this tale, it’s presented in a way that makes it worldly inclusive. After all, we’ve all experienced something out of the ordinary in our college lives. The Tatami Galaxy simply amplifies that strangeness to a crazy-yet-relatable degree, in ways that make it stand out from the rest of the coming-of-age narratives out there.