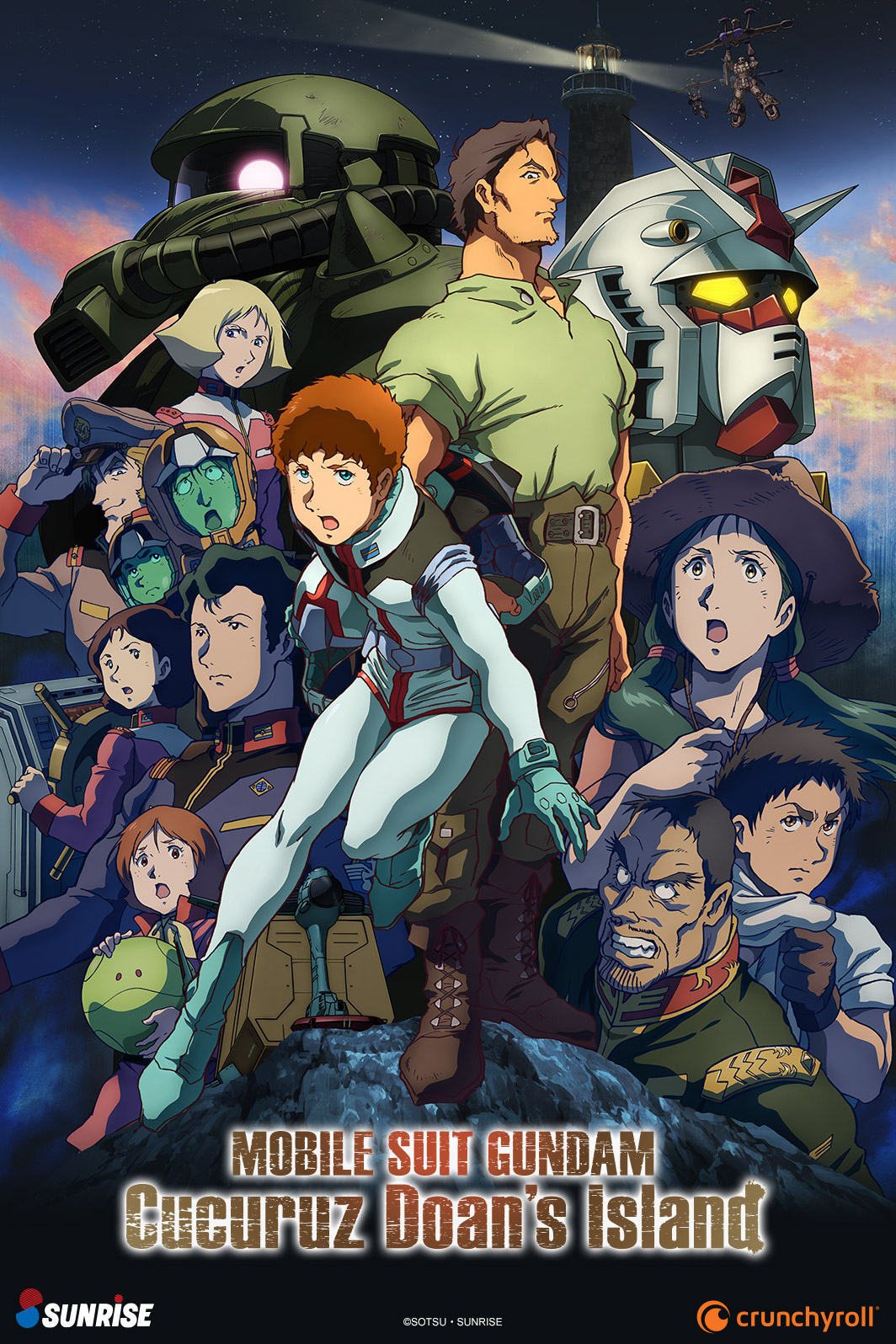 For over forty years, the Gundam franchise has showcased the art and brilliance of mechs in combat. And it all began in 1979 with Mobile Suit Gundam, the show that would launch multiple spinoffs, toys, video games, and model kits. One of the most infamous episodes of the original series was Episode 15: “Cucuruz Doan’s Island”, which was plagued with poor animation by even 1970s standards. In fact, series creator Yoshiyuki Tomino made sure the episode never saw the light of day in the West, as it never aired on Toonami or released on DVD.

Now over forty decades later, the episode has been reanimated and expanded into a full-length feature film: Mobile Suit Gundam: Cucuruz Doan’s Island. Has the wait for this long-lost story been worth it? The short answer: yes. But it does have its own minor complications.

As it was in the original Mobile Suit Gundam series, the film focuses on Amuro Ray (Toru Furuya), whose Federation crew are sent to Belfast to Re supply before their next battle with Zeon. But new orders are sent to check out a place known as the “Island of No Return”, as rumors spread of Zeon soldiers still running amuck there. Upon arriving, the soldiers come face-to-face with war-hating children, alongside a Zaku mobile suit that attacks Amuro. After the fight, Amuro goes missing, and the rest of the Federation return in order to plan a proper rescue mission.

With the aid of the mysterious Cucuruz Doan (Shunsuke Takeuchi), Amuro settles into his new island surrounds. The children slowly warm up to the Gundam pilot, as Amuro pulls his weight to make a place for himself. However, Amuro keeps searching for his Gundam, with Doan seemingly knowing more about it than he lets on. Meanwhile, while all this is going on, Zeon forces aim to cause a catastrophic amount of terrorism all over the globe, with the Federation hurrying to stop their plans.

What follows is a story that somehow both glorifies and shuns the concepts of war. For the former, Mobile Suit Gundam: Cucuruz Doan’s Island demonstrates the heroics of Amuro and the Federation, as they rush to save humanity by any means. However, war has plenty of casualties, some of which are people who want nothing to do with the fight in the first place. Parents, bystanders, and even children are wiped out in battle, and it’s often hard to see whose missiles or bullets caused the most damage here.

It’s this aspect where the kids of Cucuruz Doan’s Island come into play. Despite the Federation being on their side, the kids’ initial reaction is to throw rocks and kick the giant mechs. Doan — who pilots the Zaku mobile suit — also has his concerns, especially with the way he keeps quiet when Amuro asks about his Gundam’s whereabouts. Although he’s an ally, who’s to say that a stray bullet of his might cause unnecessary death?

Perhaps this is why the film does its best to stray away from the battle aspect of Mobile Suit Gundam. To fairweather fans, such a storytelling decision would be baffling; but to those who have been following Gundam for its entirety know that it’s not just about getting into the big giant robot and causing mass destruction. Despite it being marketed as a mecha show, Gundam has been a political drama first and foremost. Not only do you see the fights, you see the consequences of both allied and enemy forces.

This film shows that with the children on the island. They’re a mix of ragtag kids of different backgrounds, identities, and races. Besides Doan and Cara (Fu Hirohara), there are no other parental figures for these kids. And it doesn’t take a rocket scientist to figure out why that is. As such, it’s incredibly understandable why these kids and their guardians feel the way they do when the Federation appears at their front door!

However, one can’t help but feel that Cucuruz Doan’s Island has too slow of a burn. While it’s nice seeing Amuro mature into a better person & soldier, not a lot happens in-between the Gundam pilot’s abandonment and rescue. Perhaps this was to be expected, as it’s tough to expand a 22-minute anime episode into a full 102-minute theatrical release without having some dry spots. (Maybe it could’ve just been an hour-long OVA, akin to Gundam: The Origin?)

Thankfully, creator Tomino can breathe a sigh of relief when it comes to the animation. The Gundam battles are presented with wild excitement, as it uses both hand-drawn and CGI effects to bring them to life. Sunrise showcases how much they’ve evolved during these last few decades, as the amount of detail placed is a wonder on the eyes. One other nice thing about the visuals is the character designs, which take a lot more influence on the 1979 anime than something like Iron-Blooded Orphans.

Longtime fans will enjoy Mobile Suit Gundam: Cucuruz Doan’s Island, which brings the lost story back into the series’s canon. But those who are new to Gundam might not feel as excited by what occurs on the big screen. With that being said, it’s nice that the West finally gets to see Cucuruz Doan’s Island in all of its majesty, even if it might have a few Gundam-sized footprints one can’t avoid falling in.