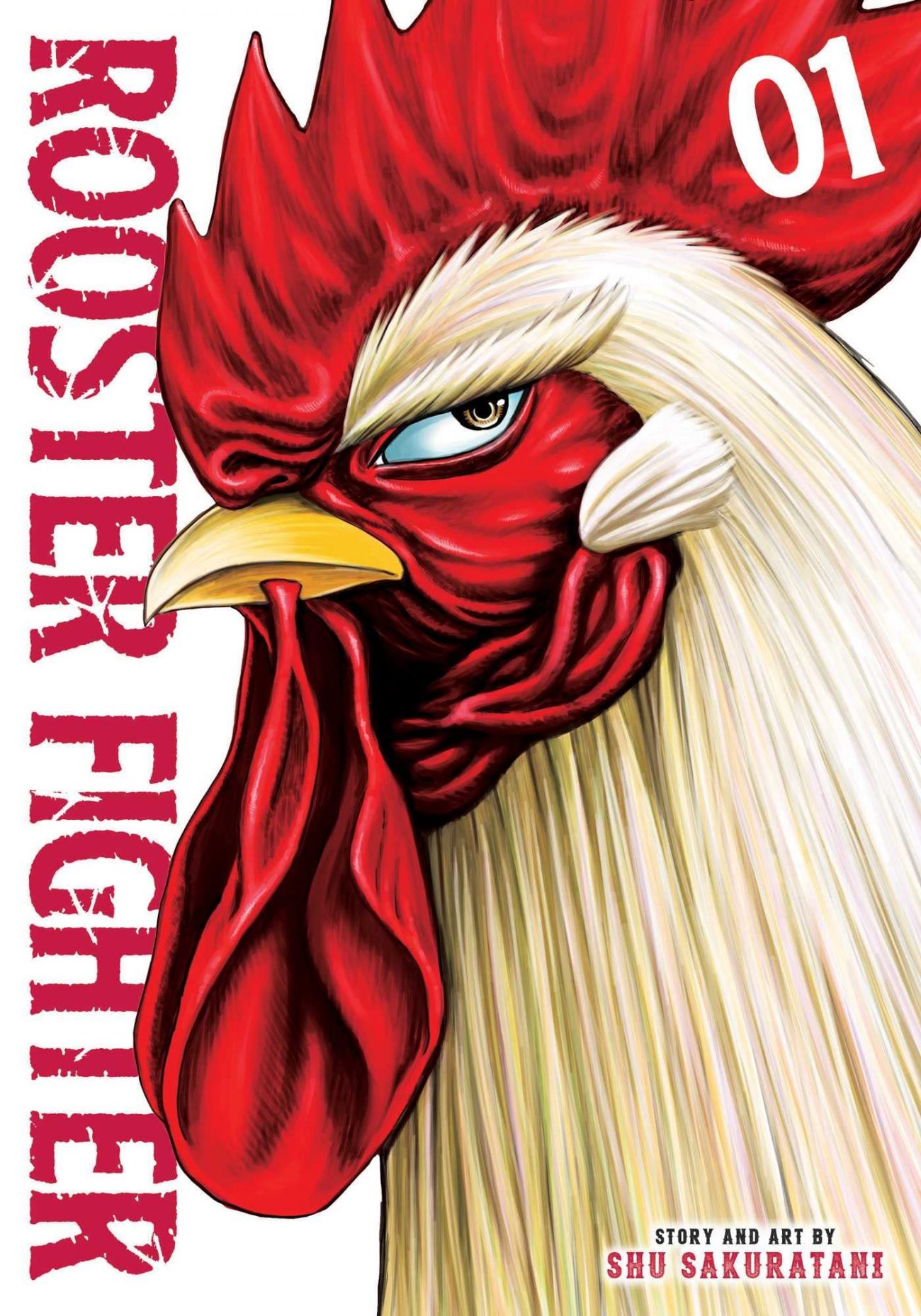 To be a hero, one must be strong, fearless, and determined. In short: you can’t be a chicken. That’s what I used to think, until Shū Sakuratani’s Rooster Fighter entered my life. How does one explain a premise that’s so batshit insane, yet is executed so flawlessly?

The story of Rooster Fighter begins with a flashback, with our poultry hero Keiji witnessing his sister being consumed by a demon. After a quick clucking with a hen, Keiji sets out to find that demon and slaughter it. Thus begins a tale of revenge and life-changing experiences, as Keiji takes on one demon after another to save every man, child, bird, and other living creature.

At first, the appearance of the demons seems hilarious, as they spout out raging jealousy at everything & everyone they come across. Their looks are hideous, like their elderly folks who’ve become a victim of Junji Ito’s mighty pen. How Keiji deals with them is just as ridiculous, with his powerful beak, claws, and “Cock-a-doodle-doo!” dealing all sorts of damage. But then, as one sees in the final chapter of Rooster Fighter’s first volume, there’s tragedy behind the creation of every demon Keiji fights. Thankfully, not every demon is a lost cause.

Presentation makes for a good chunk of this manga’s sense of humor. For starters, the great amount of detail placed in Sakuratani’s story is both gorgeous and hideous. The animals, people, and places all have painstakingly good attributes in every frame of this manga. As for the demons, their appearance goes to fantastic lengths to make them as ugly as a Fox News morning show host. It brings to mind the works of Yusuke Murata, especially the stuff he does for One-Punch Man.

It’s in the story where Rooster Fighter shines the brightest. Keiji’s dialogue about his life and need for revenge makes him seem like Kenshiro stuck in a bird’s body. Every person, bird, and sea turtle he comes across gives him reason enough to keep on fighting and moving towards his goal to avenge his dead sister. With each encounter comes a new lease and lesson on life, be it from a toucan who has great appreciation for his family or an old man who works hard to keep his late wife’s happiness alive.

And yet, even when things are at their most serious, I cannot help but laugh my ass off! The fact that this epic tale is focused on a farm animal of all things aids in making Sakuratani’s manga one of the most memorable series in years! It knows how to deliver phenomenal action, while at the same time fill that badassery with so much silliness. (Whoever gets the anime rights to this will no doubt score a major victory within the fandom!)

On paper, Rooster Fighter could have been easily cast aside as being too dumb. Thankfully, it’s one of the most delightfully original and surreal manga experiences to read today. Filled with amazing fights and some memorable dialogue, Sakuratani delivers us a new hero that won’t find itself in the pecking order anytime soon. If anything, Rooster Fighter shows that it takes a strong cock to thrust itself into the dangers of heroism!