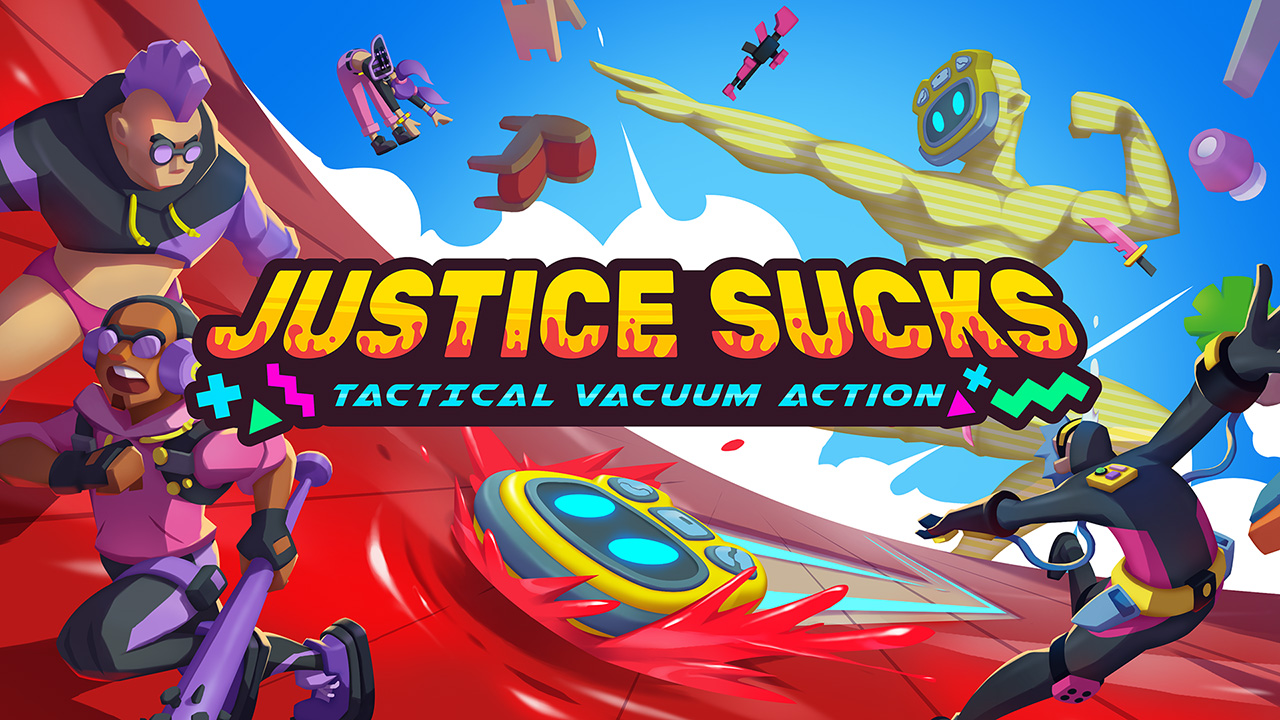 Not all heroes wear capes, but some like to keep things clean. Samurai Punk proved this will a little game called Roombo: First Blood. While on the short side, it showed a lot of potential for what could be a more expanded universe. Three years later, the heroic vacuum cleaner returns in Justice Sucks, a truly wild and hilarious adventure!

Justice Sucks focuses on Dusty, a lovable vacuum cleaner whose family the McCleans loves him back. But before you can say “Liam Neeson”, Dusty’s family is kidnapped while he’s left to malfunction. The perpetrators behind the crime is FamilyCorp, who sees Dusty as a threat to their goal of overcharging for security. Dusty is soon zapped into the world of classic TV, as a mysterious entity named Sexy McClean offers to lend a hand. 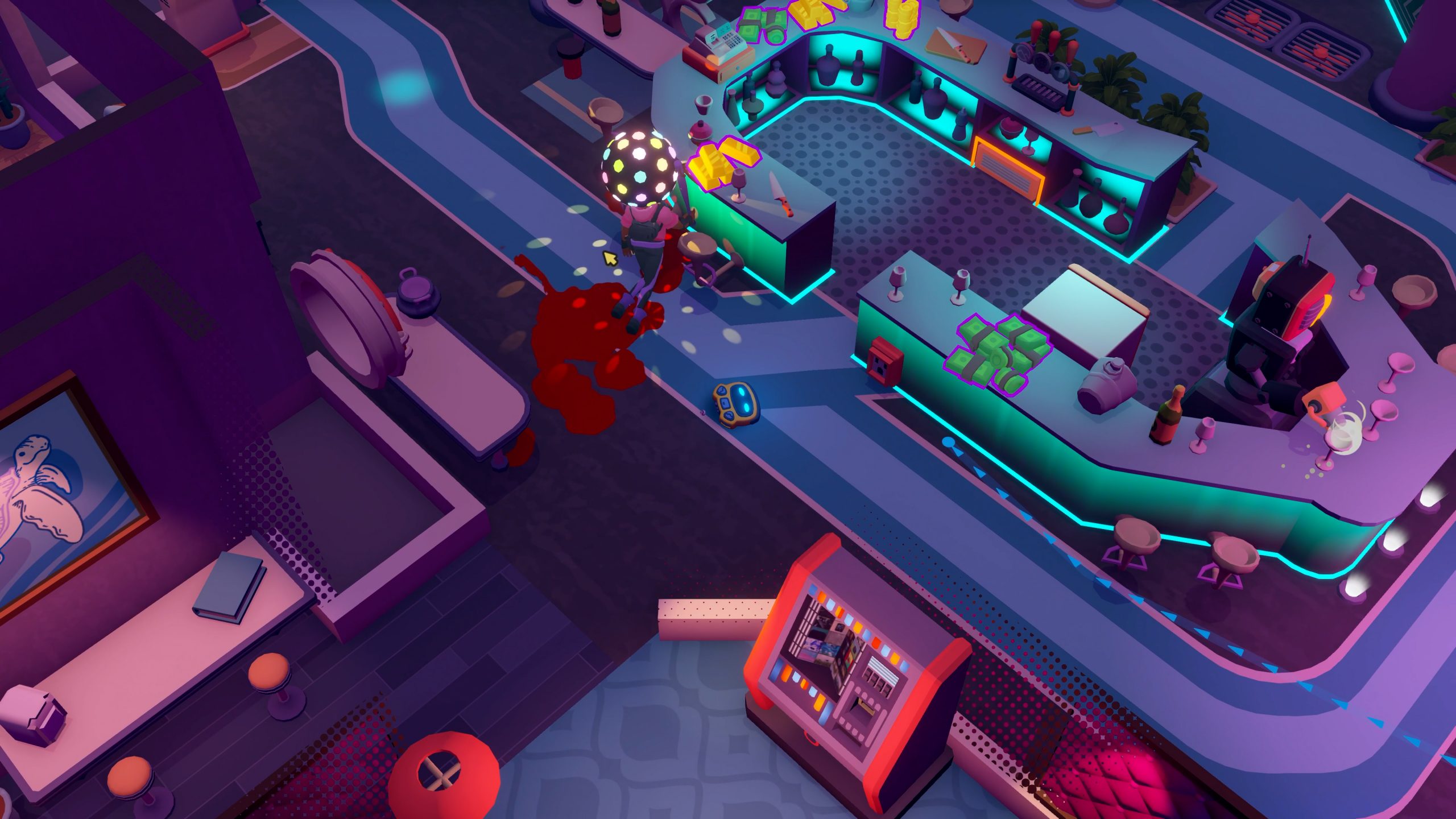 Taking on the style of a stealth game, Justice Sucks places Dusty into various and violent situations. Be it at home, at the club, or even in an airport, the little vacuum that could stops at nothing to seek his family. Each world features various missions, be it saving the family or keeping burglars from stealing your stuff. And it’s all presented in a bonkers level of violent silliness!

As it is a stealth game, the best strategy is to make sure Dusty can’t be found by the enemies. On the other hand, finding ways to distract or gain their attention can have their perks. Those come in the form of Dusty’s main power: item linking. When an enemy is close by, Dusty can zap a nearby fan, lamp, or even airplane engine to deal out plenty of damage to FamilyCorp’s goons. 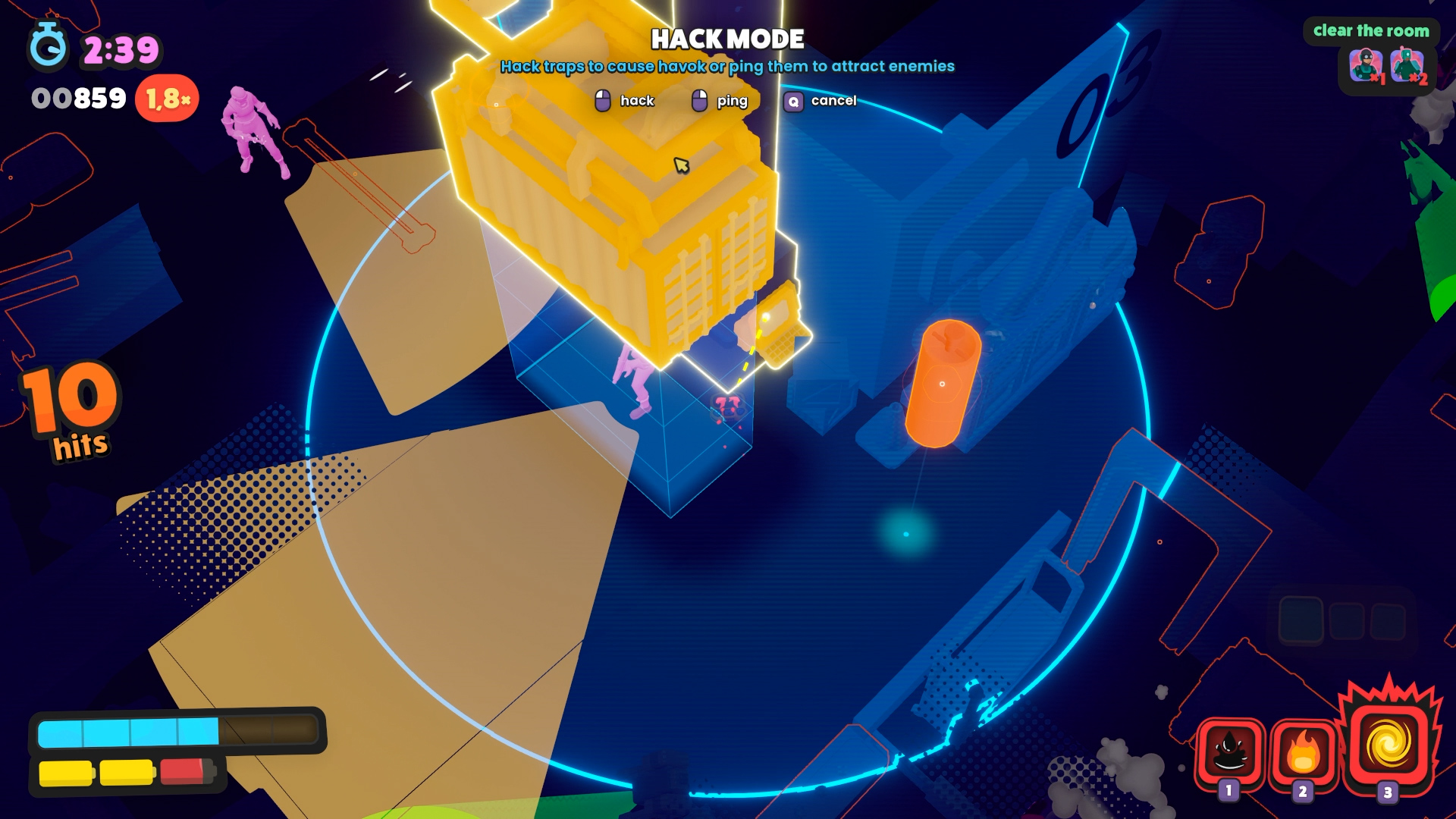 Once dead, Dusty can suck up enemies in gory fashion, as corpses transform into puddles of blood and beef byproducts. With enough blood, Dusty can initiate power-ups like ramming speed, motion-sensor bombs, and even the dreaded Sexy Punch. These will make quick work of the baddies, and those who use it well can find victory even quicker. However, the real fun of Justice Sucks is in the many ways to kill!

Even with the threat of a timer, players will not be able to resist discovering new traps to initiate. Whether it’s a pole-dancing robot with a killer kick or a jukebox that shoots vinyl records, there are countless ways to take care of enemies. Dusty has other tricks up in sleeve to, such as the ability to suck up items and fire them off. But it’s when the little vacuum can run around with a gun taped to its top and cause mayhem when one witnesses the level of trademark insanity Samurai Punk delivers here. 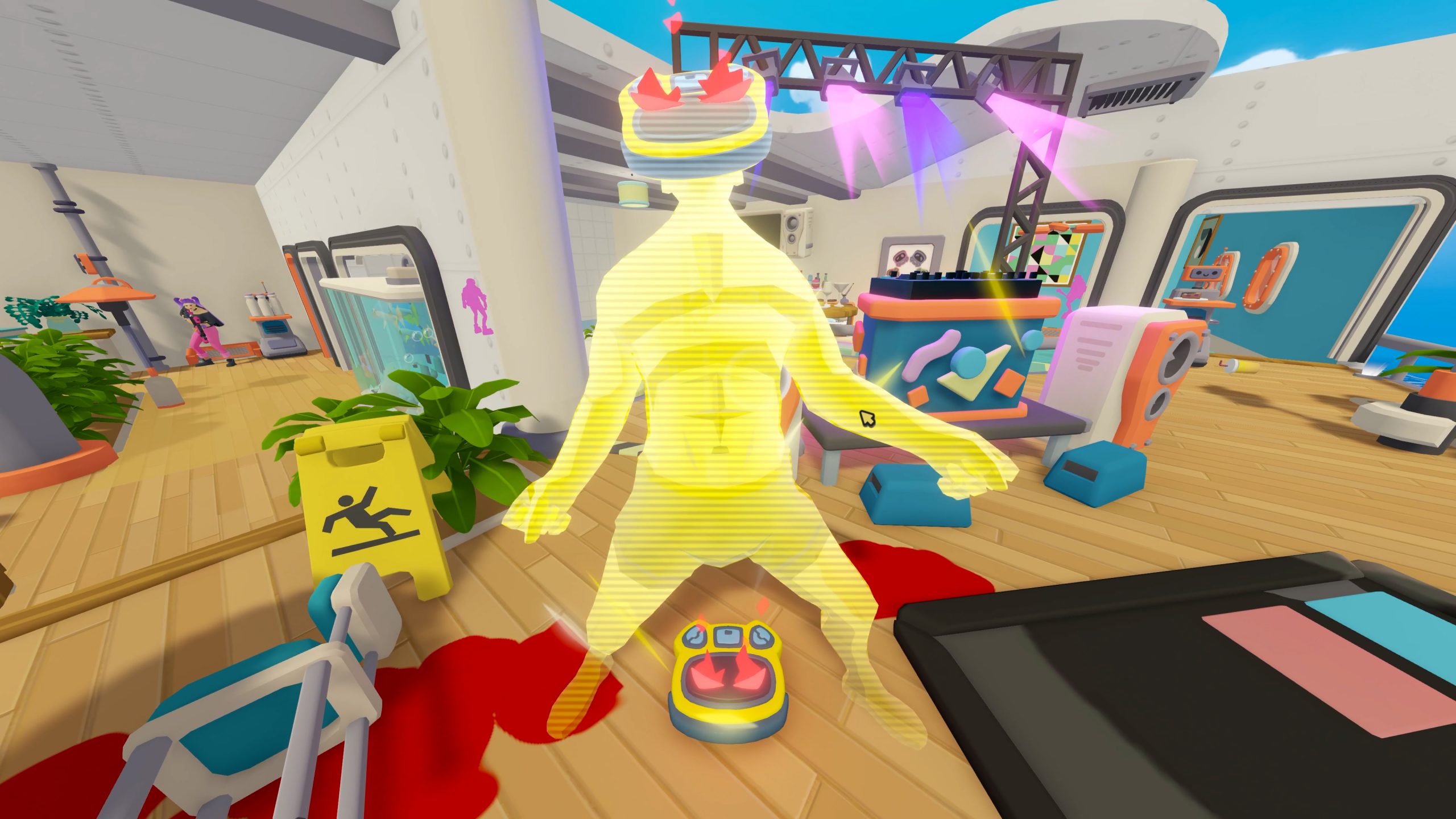 This is the kind of game where one play-through isn’t enough. Finding new traps, performing combos, and obtaining new weapons & power-ups make it an adventure with plenty of replay value. Even each of the five different levels’ modes offer something fresh, whether it’s a game of elimination, stealth rescuing, or doing something as simple as literally cleaning house. All of it is captured in a style that’s both cute and grotesque all in one!

However, despite its massive replay value, its short run time might turn some folks off. Even though you’ll find plenty of reasons to dive back into each level, the five that are currently offered here is somewhat lacking. Here’s hoping more worlds are offered later on in Justice Sucks’s future, as there’s plenty of potential to expand more on this world. (Despite this, its $20 price point makes it hard to pass the craziness this game offers!)

Justice Sucks is a gory and silly good time for fans of the stealth genre. With multiple ways to deal with enemies, Samurai Punk’s latest offers plenty of reasons to clean up and annihilate! While it does run on the short side, the mayhem offered in Justice Sucks will have players wanting to dive back in over and over again!

Promotional consideration provided by Dominic Tarason of White Label PR. Reviewed on the Xbox One.