HomeComics/MangaMANGA REVIEW | "She, Her Camera, and Her Seasons" - Vol. 1 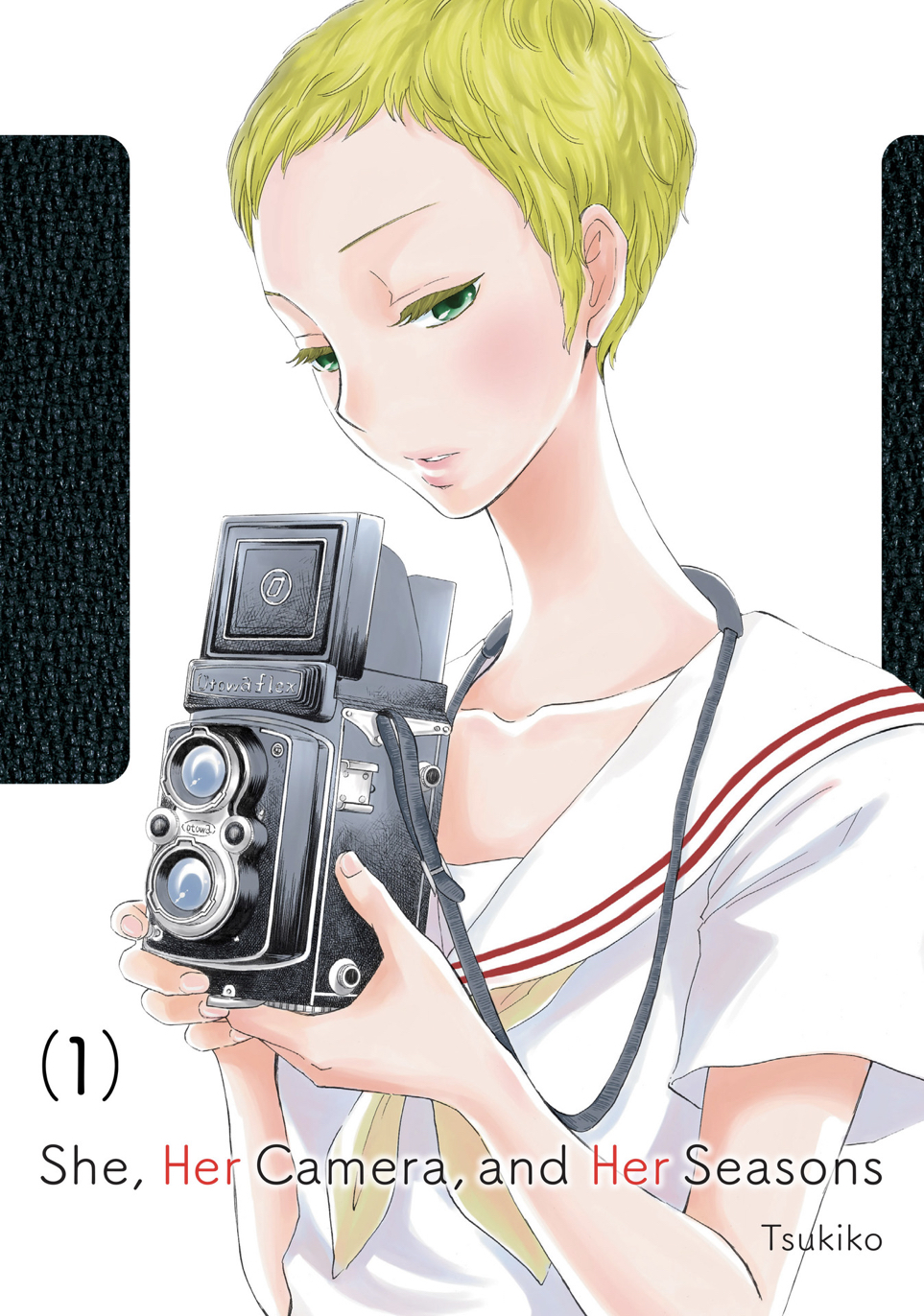 It takes a long time for some folks to find their place in the world. To be expected to figure all this out before graduating high school, well that’s an even bigger challenge! Hence why a character like Akari — one of the main focuses of Tsukiko’s She, Her Camera, and Her Seasons — comes off as someone very relatable. She’s entering her final year of high school, and has zero idea of what her future holds. And then, she enters!

Fellow classmate Yuki tends to keep to herself, which makes Akari all the more curious. After following her outside, Yuki surprises Akari with a massive camera, which she quickly takes a picture with. This leads Yuki to invite Akari to the photo room, where Akari’s eyes open to a new world she’s never thought of. Despite rejecting her invite to join the photo club, Akari finds herself hanging with Yuki more, with the two newfound friends slowly becoming more than just that. 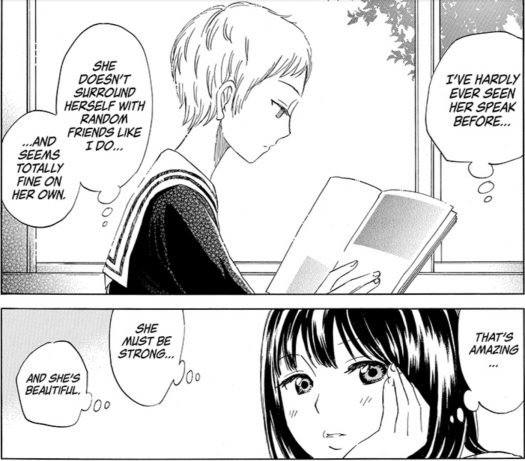 To add to the roller coaster that is her life, Akari then finds herself in the sights of baseball player Rintaro. The lovestruck boy begins writing letters to Akari (since she’s too poor to own a smartphone), leading the girl to feel more confused about the situation. Does he have a crush on her? What does Akari really think of Rintaro? These thoughts and feelings leave Akari in a mess, one that often cleans itself up when she’s by Yuki’s side.

While their friendship goes beyond the lens of a camera, Yuki’s hobby becomes the backbone of She, Her Camera, and Her Seasons. Every picture she takes — be it of Akari or of her surroundings — becomes a vital part of who she is. Having Akari now interested in her passion also helps her to open up more, to the point of which they transcend towards a romantic pathway. However, this manga doesn’t simply go the way of the yuri and stay there. 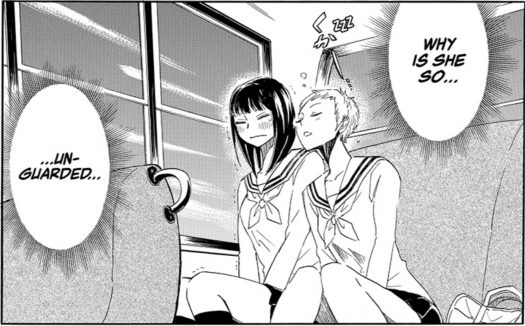 Akari’s conflicting thoughts on Rintaro also cause some confusion within herself. It’s not that she dislikes her classmate; it’s more of that she’s unsure of what to make of his advances. From a game of catch to even giving the boy a buzz cut before the summer season, Akari starts to get a better understanding of who Rintaro is. And the more she learns, the more conflicting her feelings become (especially with the way Rintaro and Yuki are linked).

With that being said, She, Her Camera, and Her Seasons is at its strongest when Akari and Yuki are side-by-side. We see Akari blossom into something that she could maybe be proud of, all thanks to the way Yuki brings it out of her. From Yuki visiting Akari’s house to a wild impromptu photo shoot in the bath, the two find themselves bonding and falling for each other in ways that are beautiful, surprising, and — in a couple cases — even humorously. The way these two characters bond is what makes Tsukiko’s manga a delight to read, even when it’s still not sure how Akari will fully evolve. 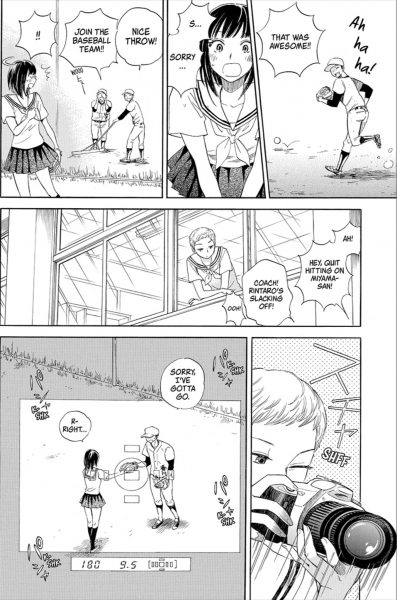 Speaking of Tsukiko, their art style here can be breathtaking at times. Whether it’s capturing a rainbow in the sky or the face of Yuki during a run, the visual aspect of this manga is a lovely feast for the eyes. Although it has its generic shojo-ish moments, the scenes involving Akari and Yuki bring out a terrific level of beauty.

She, Her Camera, and Her Seasons is a slow burn at first, but it paces itself much better once the narrative comes into focus. The bonding between Akari and Yuki is endearing, even if it’s not quite sure yet if Tsukiko wants to make them a couple. However, it’s seeing Akari struggle with what she wants for her future that makes this one that’s relatable to anyone dealing with the crossroads of life. But even if you know your purpose in life, She, Her Camera, and Her Seasons will no doubt leave an impression that is nearly picture perfect. 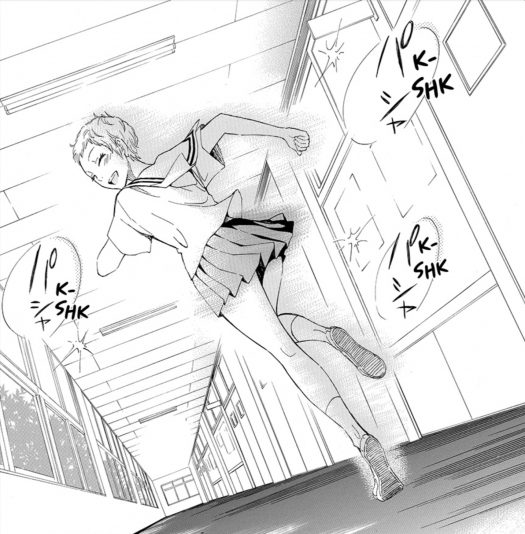