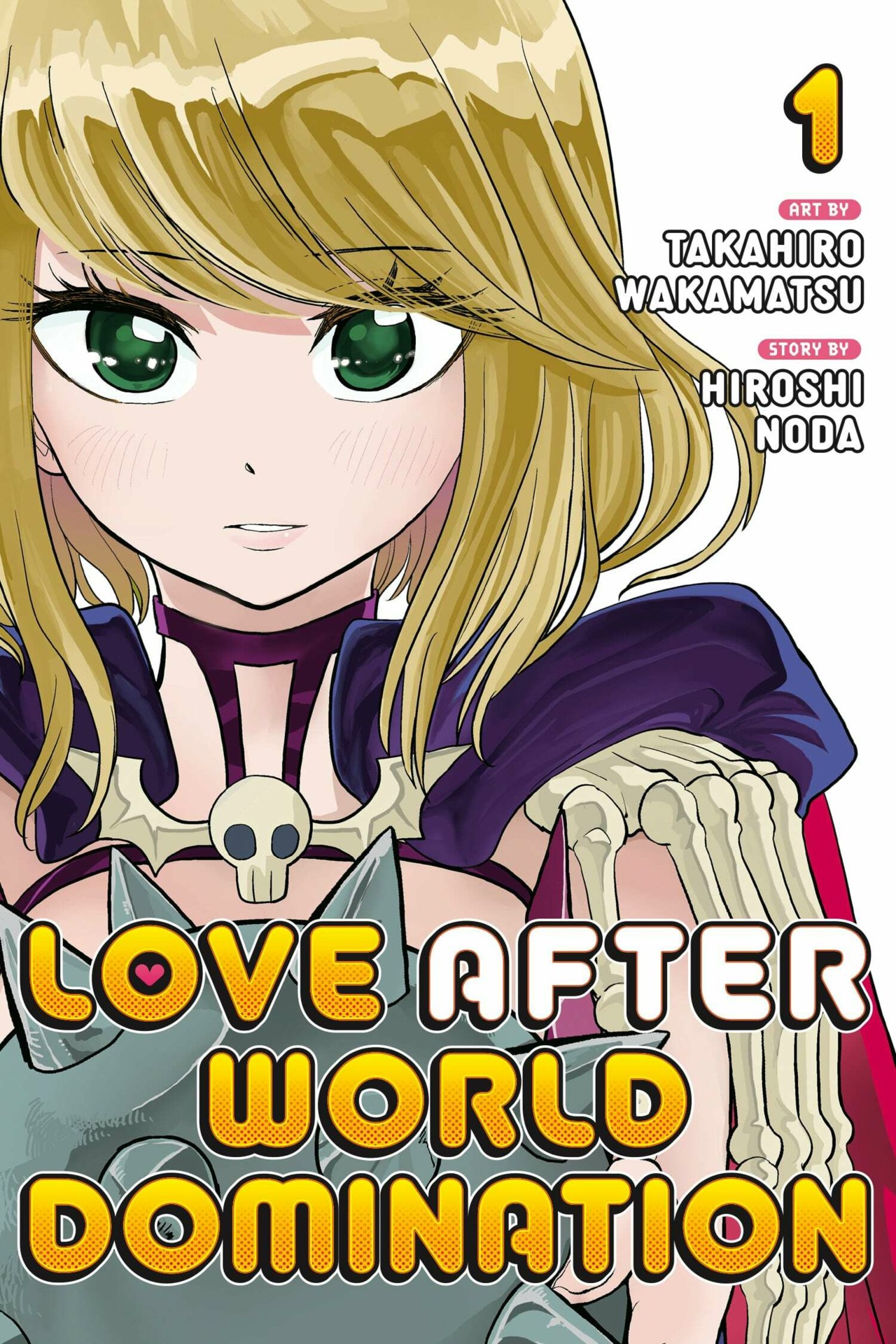 As the saying goes: Keep your friends close, and your enemies closer. Romance happening between two opposite sides has been going on since Shakespeare wrote about two crazy-in-love teens from rival families. In the superhero world, Batman and Catwoman have often been paired, despite the feline’s means of thievery and the Dark Knight not being a “cunning linguist”. But after reading the first volume of Love After World Domination, there might just be a new power couple residing behind enemy lines.

Love After World Domination flows lovebirds Fudo and Desumi. Not only are they polar opposites, but they’re also a hero and villain fighting each other until total defeat. However, the hero Fudo can’t help but like what he sees in the villainous Desumi, as he finds the courage to ask her out. Despite it being very dangerous for two foes to start going out, Desumi agrees to the arrangement, as the two find ways to find some quiet private time even during the heat of battle. 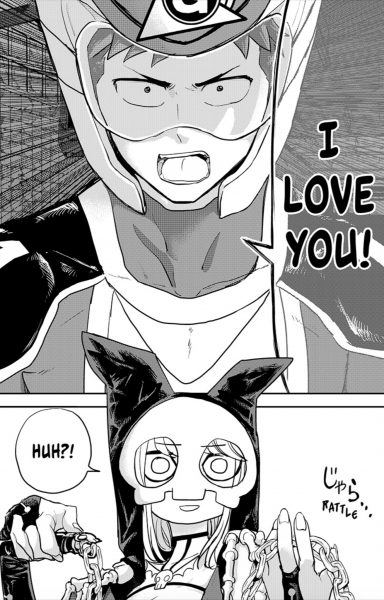 Part of the humor of this series is on the fact that these two need to hide their relationship from their respective sides. Although love should have no boundaries, the notion that a hero of justice dating a villain of chaos wouldn’t go so well to their organizations, as well as the general public. So when the two are in-sight by one of their fellow comrades, their lovey-doviness is quickly switched off as they start to fight amongst one another. Not only does it demonstrate the manga’s humorous side, but it also showcases the soul of a true superhero comic with its detailed combat.

In these moments, the art style of Takahiro Wakamatsu shines the greatest, as he can turn a romantic scene into one of violent mayhem in a blink of an eye! One other thing to note about Wakamatsu’s character design is how much he adores the heroes of the Tatsunoko universe. Fudo’s superhero costume is much aligned with that of Gatchaman, whereas Desumi has a look similar to that of Yatterman’s Doronjo. Although the influences are strong, there’s enough uniqueness in both costumes that make them different enough to keep the illustrator from having a lawyer pay him a visit. 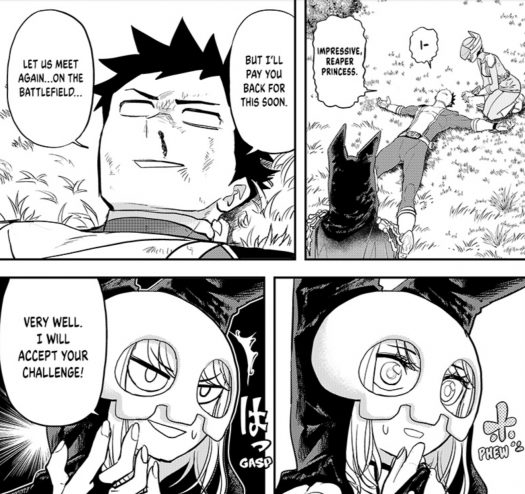 From a narrative perspective, Love After World Domination paces itself very well. Instead of doing that old “will they/won’t they” thing almost all manga rom-coms do, writer Hiroshi Noda has already put into play that Fudo and Desumi are already a couple. The the main couple are now fighting for their love to be accepted, as they take baby steps to meet in public and have dates. However, because both are newbies, the art of the date is nothing that they’re quite familiar with.

It’s why it’s funny to see their first public date (in disguises, of course) having Fudo choosing the absolute worst kind of things to do with Desumi. Working out at a gym, running in uncomfortable shoes, and a dinner consisting of a sole protein bar that just scream “disaster” off the top of any love guru’s lungs. Even funnier is when Desumi names popular dating spots during a meeting, so as she and Fudo can run off during the fight and have fun at their expense. These moments aren’t just funny; they’re also very adorable! 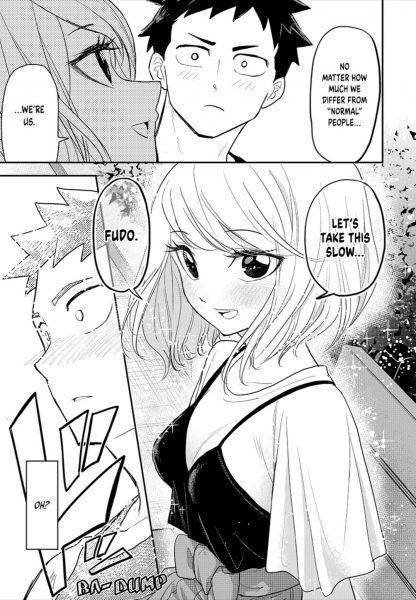 Volume One of Love After World Domination is filled with great comedy, heart-pounding action, and the right amount of sweetness. It’s a breather from the nitty-gritty superhero stuff from DC Comics, while having a heart that’s bigger than most Marvel romances. Fudo & Desumi may have to fight off Harley Quinn & Poison Ivy for the title of best comic book couple, but Love After World Domination has a Plus Ultra amount of heart and humor that any rom-com or superhero story lover will find endearing!