HomeAnime"Yatterman Night" A Dark, Beautiful Twist On Past Anime Series

"Yatterman Night" A Dark, Beautiful Twist On Past Anime Series 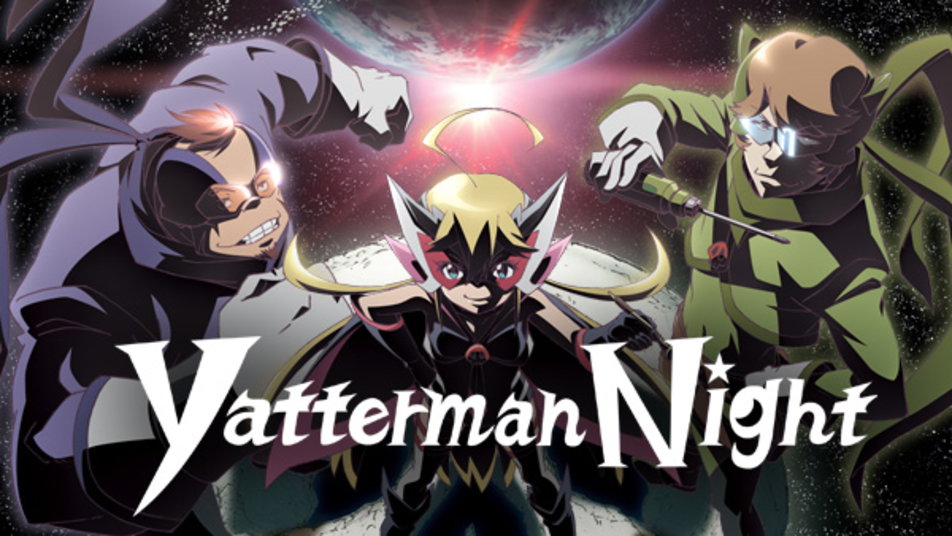 "Yatterman Night" A Dark, Beautiful Twist On Past Anime Series

Very rarely has there been an anime that has led me to question the authenticity of a franchise's past incarnations quite like Yatterman Night has. A new chapter in the popular Tatsunoko series, we're brought to a world that once beamed with light and is now cloaked in darkness. As the show progresses, the question of whether or not the light ever existed in the first place becomes all the more plausible.

Yatterman Night begins with a flashback, where the moon is destroyed (seriously Japan, what's with all this moon-hating this season?!) and is now in the shape of Dokurobe, the founder of the original Doronbow Gang. Several generations later the descendants of the villains find themselves living in poverty on the outskirts of the Yatter Kingdom. Nine year-old Leopard (Eri Kitamura) discovers her family's back story, as her mother Dorothy (Shizuka Itō) teaches her the differences between good and evil. An illness falls unto Dorothy, as Leopard attempts to seek medicine in the Yatter Kingdom with the help of Voltkatze (Hiroaki Hirata) and Elephantus (Kenta Miyake). 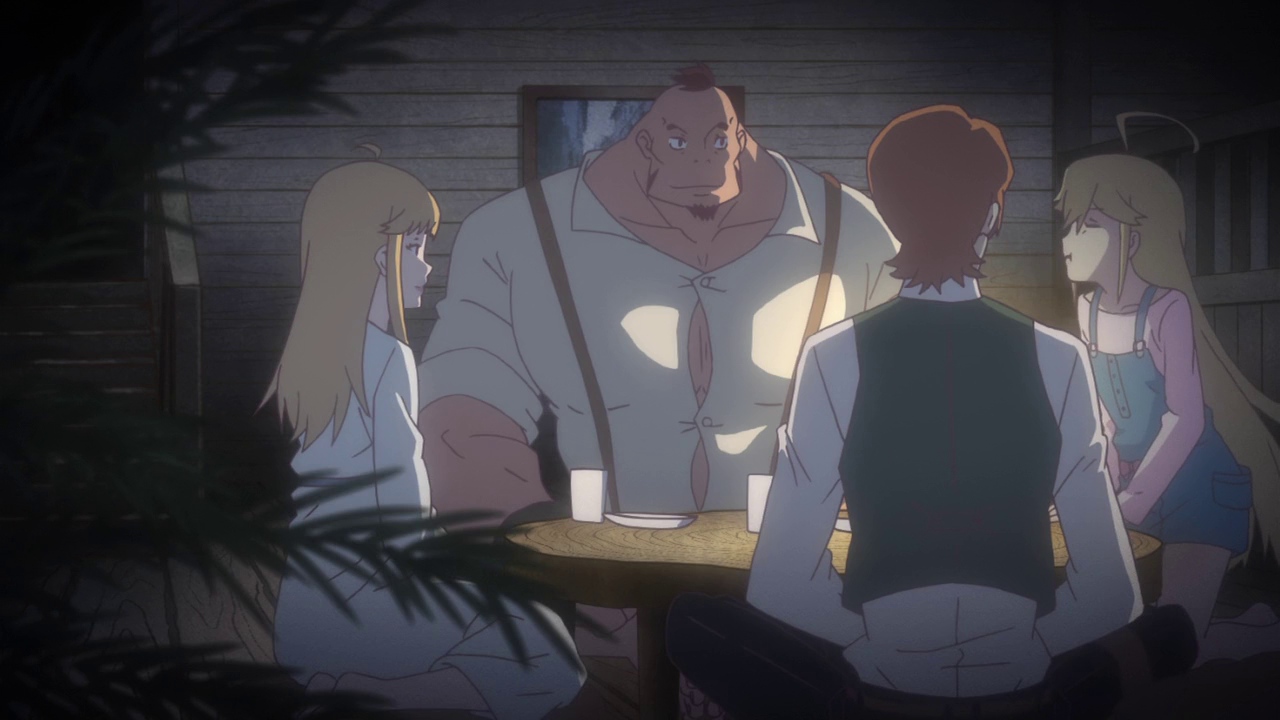 It's at the walls of the kingdom where the trio are are by the Yattermen, forcing them to turn around and seal a dark fate for Dorothy. Realizing that the Yattermen are not the heroes she thought they were, Leopard, Voltkatze, and Elephantus decide to become Doronjo, Boyacky, and Tonzra, reforming the Doronbow Gang with the goal of taking down the Yattermen and their wicked ways. As their journey begins, they find new allies in the form of a blind girl named Alouette (Itō) and her close friend Galina (Hiroyuki Yoshino).

The world of the Yatter Kingdom is no longer the realm of beauty it once was. Peasants shudder at the presence of the Yattermen, with the classic salute and shouts of "Banzai!" now done in fear instead of the sheer joy it used to bring. What were once adorable-looking robots are now viewed as terrifying machines bent on bringing sadness and destruction. The Doronbow Gang sees all this, and the more they dig into discovering who is behind the corruption the more they realize that this world needs to be rid of such evils as soon as possible. 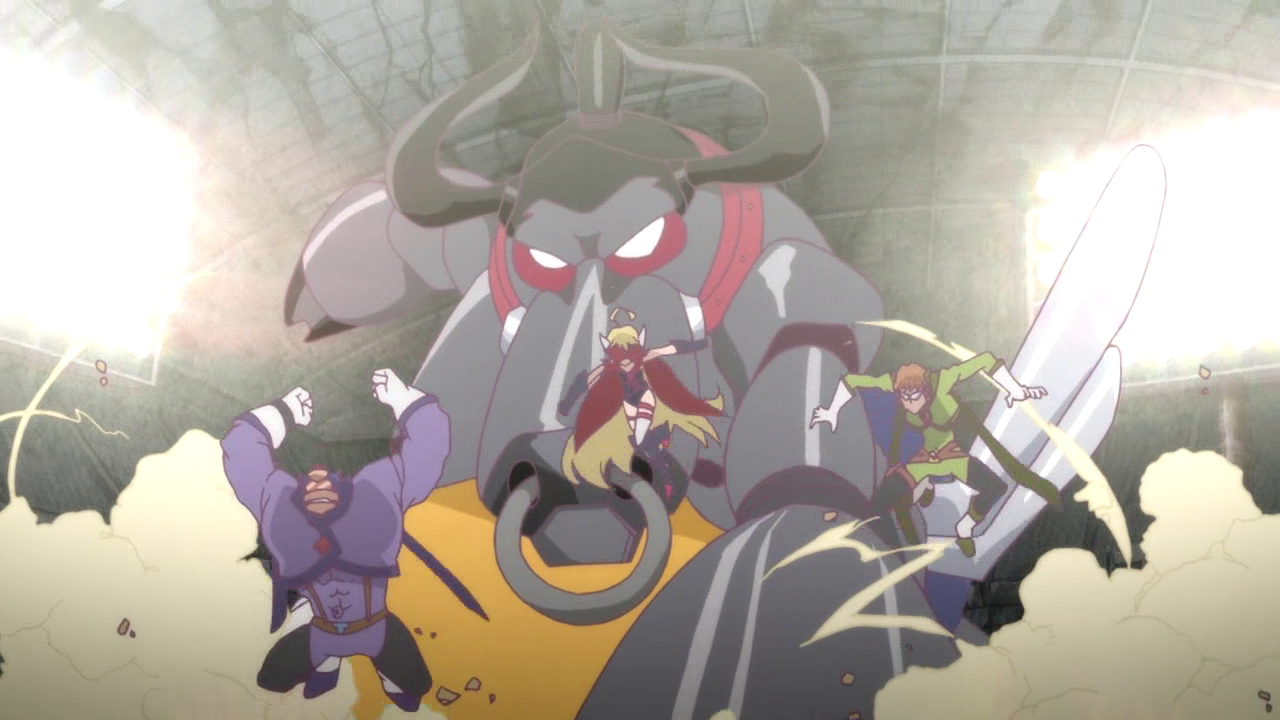 It takes a well-written series to make you question a show's past, and Yatterman Night does a fantastic job at portraying such a quandary. Like Leopard we've been taught and shown the heroic deeds of Yatterman-1 and Yatterman-2 as they took down the original Doronbow Gang. Now we're being given a clearer vision of what the world truly is: where heroes that were once looked up to have become the thing they used to fight against, and the only ones that can stop them are the villains the people once feared. It can get shocking at times (especially in regards to an episode where a man is forced into decades of hard labor as his wife is about to give birth), and in some cases it can be out of place in this Time Bokan-based universe.

Of course, this is still a Yatterman series, so there still needs to be some humor thrown in here and there. We see that within the camaraderie between the young Leopard and her guardians Voltkatze & Elephantus, as they build equally goofy machines to take down the Yattermen at every step of the way. There's also Lord Oda (Chiaki Takahashi), the beloved pet pig of the Doronbow Gang, who exists to cheer everyone up when things are looking bleakest. And yes, the trademark tandem bicycle everyone rides away on after a failed mission is still there, although it feels more ironic when in use after a darker episode. 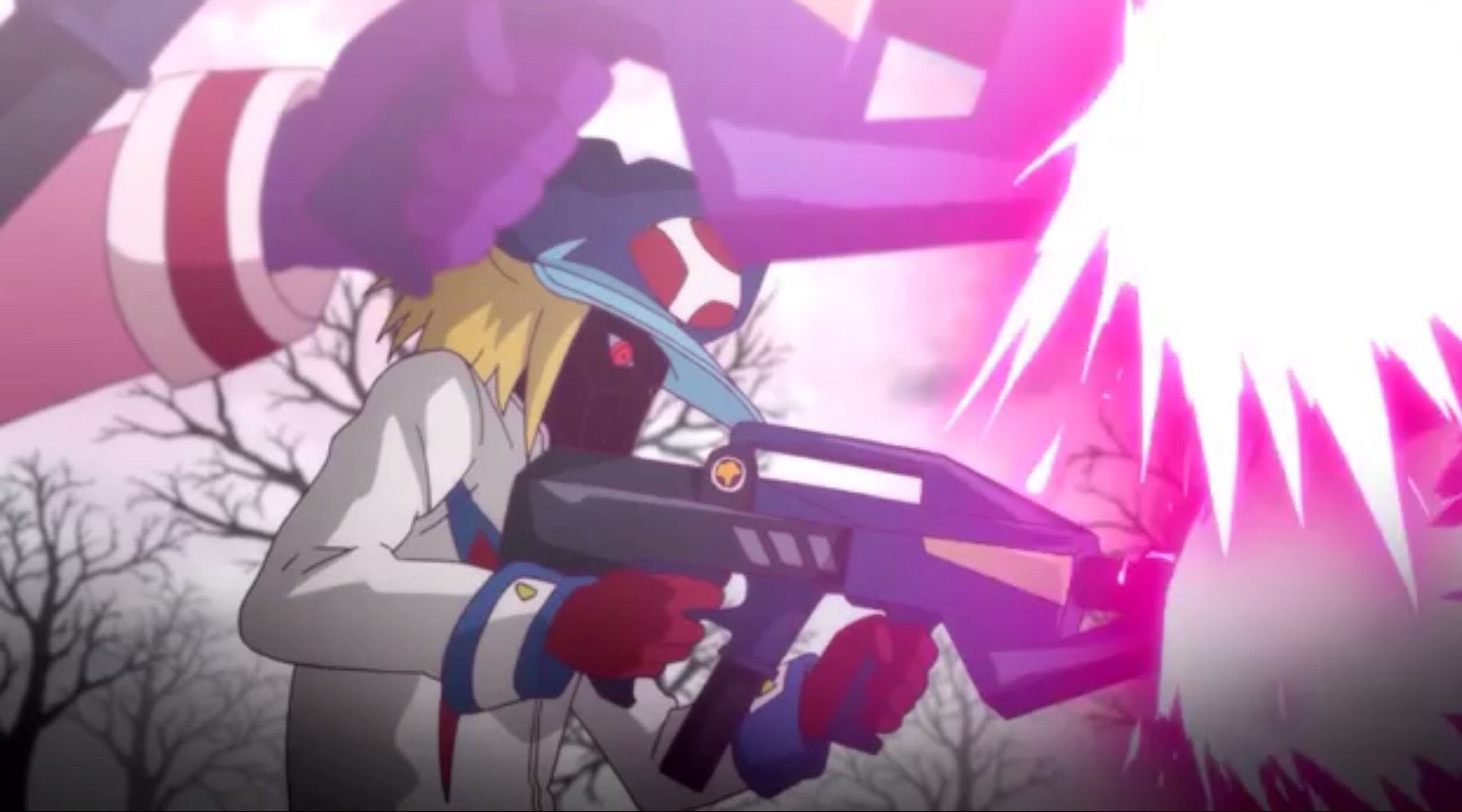 Animation-wise Yatterman Night fits well with the tone of the series. It's colorful during the lighter moments and filled with more shades of gray as the story becomes somber. The characters look great, and the grimness of the world around the Doronbow Gang is brought out masterfully. With that being said, there is a noticeable drop in quality when the action sequences are put out front-and-center, especially when characters maneuver and robots duke it out. Perhaps it's intentional to keep a certain degree of silliness the original Yatterman had, but the end result isn't on par with what we saw in past incarnations.

Wearing the truly big high heels of Doronjo, Eri Kitamura's portrayal of Leopard is filled with the innocence of a young child, the grief of a daughter who's lost a parent, and both the intelligence and stubbornness of the original villainess. As her guardians, Hirata and Miyake bring forth a more human aspect of the classic Boyacky and Tonzra, acting more like father figures to Doronjo rather than mere lackeys. As Alouette and Galina, Itō and Yoshino (who portrayed the Yatterman duo in the 2008 reboot) bond together, with the care and protectiveness that long-time friends usually have for one another. 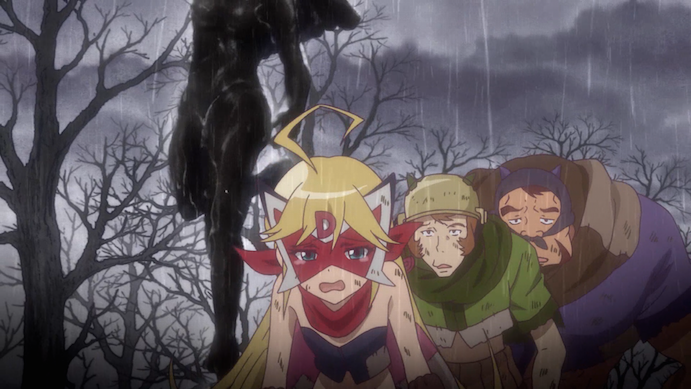 Composer Tatsuya Kato (Needless, Free!) tackles the action-packed sequences with exciting pieces that contain a fragment of childish joy the original series contained, while keeping to the darker moments in the series with melodies that emphasize the emotional sensibilities in occurrence. Opening theme "Kyokugen Dreamer" fits well with the overall themes of the series, with hard-rocking guitars over dark, poppy vocals. Sphere's "Jōnetsu Continue" plays along with the hopes and dreams of both Alouette and Galina, although at times it feels a tad bit out of place when an episode ends on a darker note.

Yatterman Night doesn't just continue with the traditions of Yatterman, it also allows its viewers to question the authenticity of its past incarnations. How did the Yattermen lose their way, or were they even good to begin with? Were the original Doronbow Gang responsible for the way the moon looks, or was this a ploy by the Yattermen to create a scapegoat and force the Yatter Kingdom citizens to succumb to their tyrannical rule? I could be overthinking these things, but a show this good makes you ponder like this.

Check out the first episode here!

While it may be best to get familiar with the Yatterman realm before jumping into this show (watching Takashi Miike's live-action adaptation is a good start), Yatterman Night is one anime series this year that's worthy of all your attention. If not, perhaps you are deserving of a forehead flicking.

Yatterman Night can be viewed on FUNImation.com and Hulu