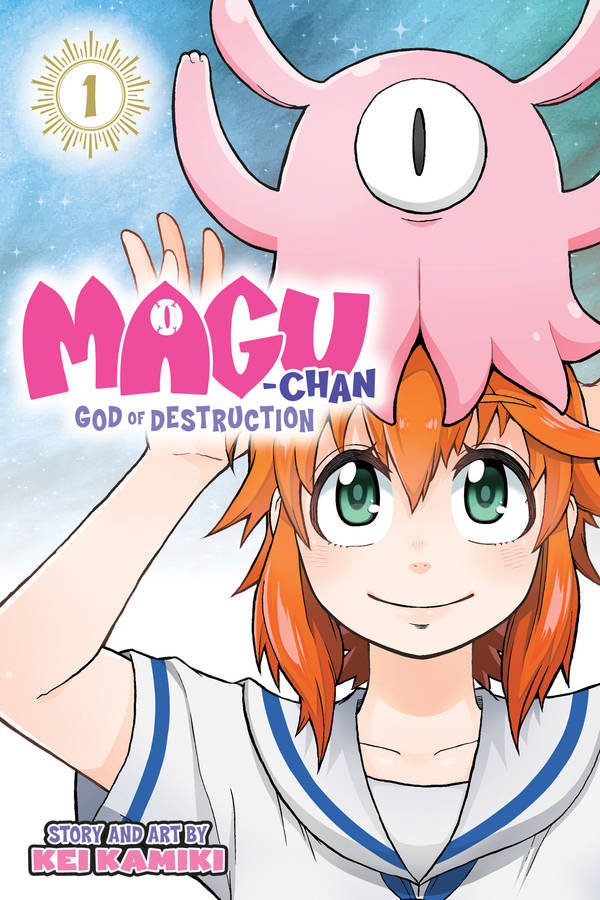 The greatest invaders in manga aren’t necessarily the strongest. From Sgt. Frog to the Great Jahy, their aim to conquer the universe is overshadowed by their cuteness and fail-inducing habits. But a new conqueror has arrived that hopes to break from these stereotypes, even if it means having to crawl his its tentacles before he can walk. That ruler-to-be is known as Magu-chan: God of Destruction!

Centuries ago, Magu-chan was known as Mag Menuek, who was feared by his greatest enemies and reveled by his greatest worshippers. During an epic battle, Mag was sealed inside a jewel, and cast to the depths of the ocean so he may never cause chaos again. In the present day, a clam digger named Ruru uncovers the jewel during a dig, thinking she had struck it rich. But when she accidentally breaks the jewel, Mag is unleashed to the world once more, and humanity found itself in its darkest days… 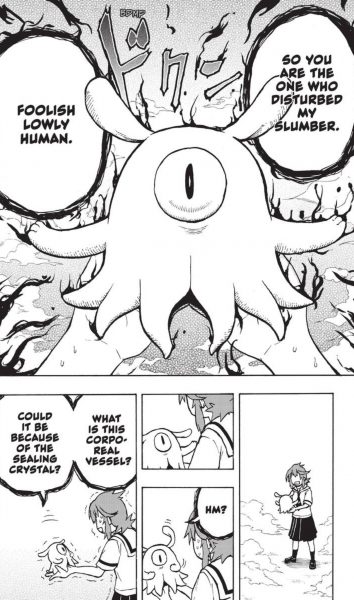 …or so you’d think, had it not been for the fact that the tentacled foe lacked any of his powers and is now the size of a stress ball. Taking pity on the God of Destruction, Ruru brings Magu-chan home to give him a bath and some food. From there, Magu-chan learns about the meaning of friendship thanks to Ruru, her friend Ren, and any other mortal he comes across. As his  Book of the Destruction Disciples’ Blood Oaths gets fuller, the better the chance to regaining his strength and conquer the world yet again.

Magu-chan: God of Destruction starts things off in similar fashion to its other world-conquering comedy series. A great being is now in its weakened state, and must now ask the humans to help with his quest to get back to how he once was. Because of this, there’s a lack of originality when it comes to its execution. To be fair, this is Kei Kamiki’s first series to get a serialization, so it’s understandable that his first crack at bat is filled with quite a few “been there, done that” scenarios. 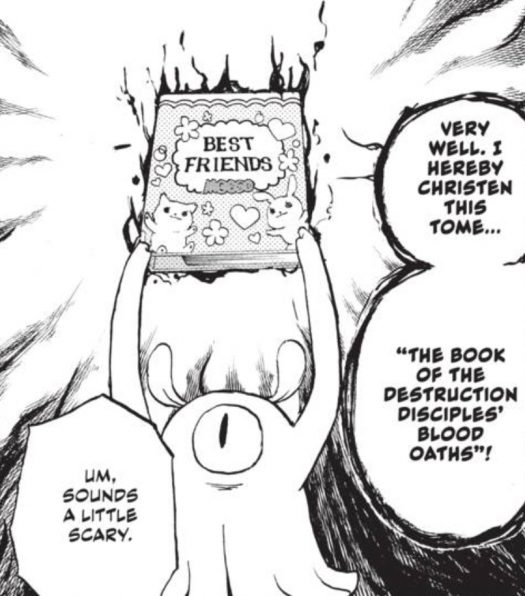 That’s not to say this manga is bad. Quite the contrary, it’s got a lot of potential to showcase in its first volume. The bond between Magu-chan and Ruru is pretty strong, as they go through some growth that’s both funny and sweet. It’s apparent that Ruru is finding a way into Magu-chan brimstone-ish heart, even if it’s just feeding him natto and pudding. Ren, who of course has a crush on Ruru, even finds a way to bond with the God of Destruction, especially when the tentacled being needs help running an errand.

But within this group of friends are also some new foes. One of those is another down-on-their-luck god named Naputaaku, who finds himself an army of hermit crabs to do his bidding. He and Magu-chan have a gruesome battle involving…digging clams, with an unexpected winner in the end. There’s also Izuma, one of the last Holy Knights set out to destroy beings like Magu-chan and Naputaaku. Although it would seem like Izuma would have the upper hand, he winds up getting into some trouble with the boys in blue in a rather humorous way. 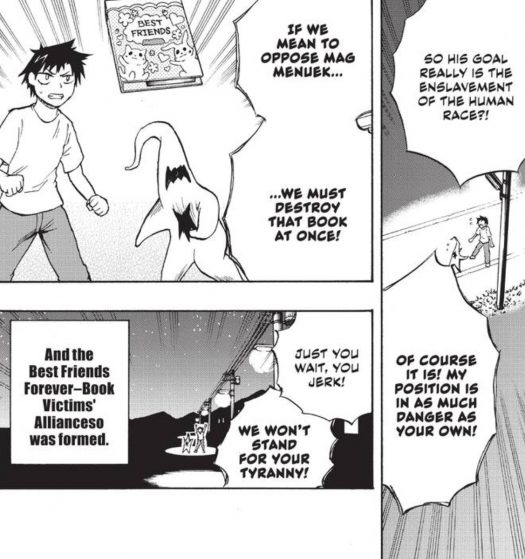 Kamiki’s art style is a great blend of various styles, all of which work well to bring to life the attitude of Magu-chan: God of Destruction. Flashbacks are showcased with a very gritty technique, demonstrating the brutality of the fights Magu-chan found himself in. For the present day, everything is very adorable, especially the creatures that seek to conquer the humans. They may have a threatening aura, but one can’t help but want to ogle at such small-yet-angry creatures.

While it has some rough spots, Volume One of Magu-chan: God of Destruction has enough good in it to make it a series to keep a close eye on. It may suffer from using gags repeated from past series, but it still finds a way to bring out plenty of laughs and endearing moments. If Kamiki can find a way to branch off from roads already taken, then he could potentially have a hit on his hands. Let’s just hope Magu-chan finds a way to think more outside of the box; or, in his case, the pudding container. 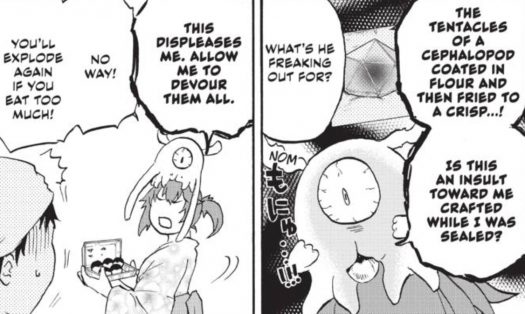