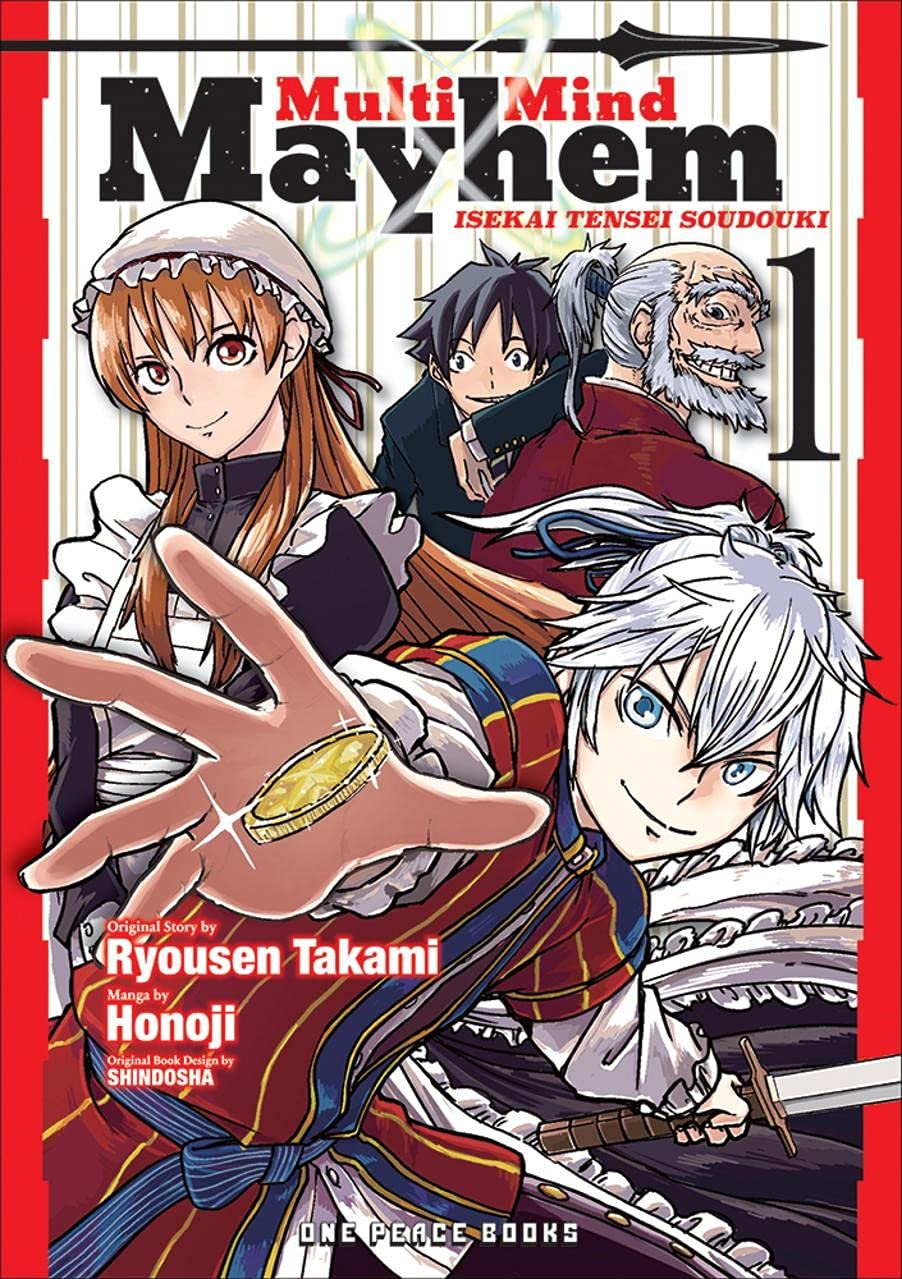 There have been many an isekai where a person’s been placed inside the mind of another. From My Next Life as a Villainess to The 8th son? Are you kidding me?, these forms of another world storytelling bring forth a new perspective on an old world. But what if there’s a situation where you’re not the only one inside this new person’s head? Can two different souls co-exist inside a single body? The new isekai manga series Multi-Mind Mayhem aims to answer such a quandary, with a big heaping of humor and action.

Based on the light novel series by Ryousen Takami, Multi-Mind Mayhem hands the isekai keys to two unlikely partners. The first is a young info-grabbing and animal ear-loving student Masaharu, who dies in the most traditional of isekai fashion. Sharing head space is an old samurai named Oka, who has a love for money and the skills to earn it. Together, they create the personality of young Bard Cornelius, the Count of Mauricia and the son of the infamous mercenary Maggot. 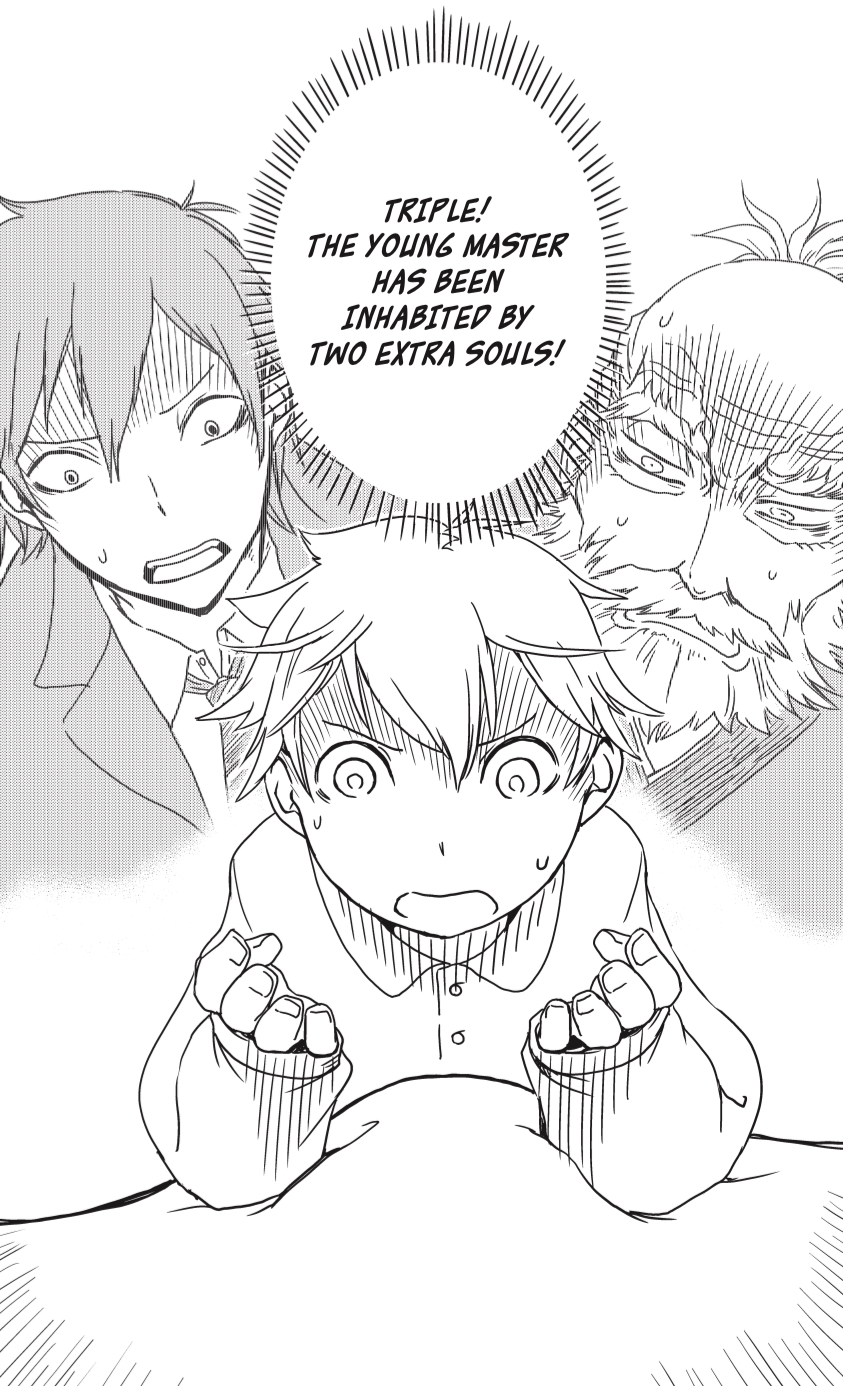 With Masaharu’s knowledge and Oka’s talents with a sword, Cornelius becomes a child with plenty of aspiration and the strength to protect it. He finds ways to harvest sugar, as well as great gold-plated products for a tenth of the original cost. These skills make him a top moneymaker in the kingdom, as well as a target by rival kingdoms. As the brains and talents he has will get him on many a hit list, Cornelius creates a worthy gang of protectors and financiers to keep his secret hidden from enemies.

One of the things that Multi-Mind Mayhem does a good job with is balancing the two personalities of Masaharu and Oka. The two work well with one another, as they use their skills to benefit one another. Masaharu creates inventions so Oka can have his money; the money can convince trading company founder Selina to allow Masaharu the pleasure of touching her animal ears. It’s a synergy that not only satisfies both men inside Cornelius, but Cornelius as well. 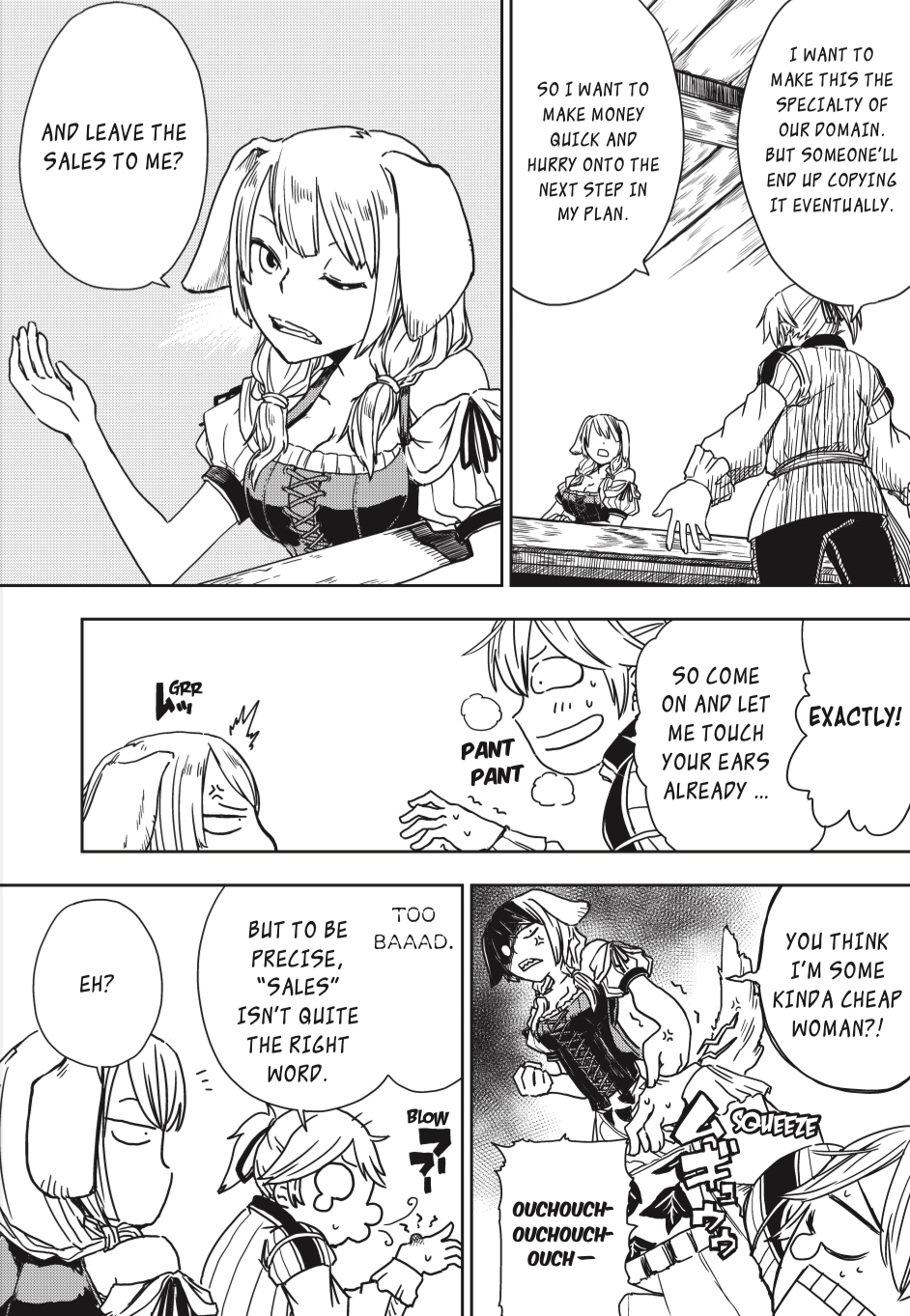 Despite his mother Maggot being a tough cookie, his sword fighting techniques weren’t up to par. That all changes when Oka takes over, showcasing the decades of hacking and slashing tricks he’s mastered within the young Bard. Masaharu’s fire-hot brain also gives Cornelius the chance to make an honest earning with the beets and gold-plating skills, giving the kid enough of massive fortune to fend for himself. All of it is captured with a fine dose of humor and science knowhow. Cornelius is no Dr. STONE, but he’s got his work ethic! 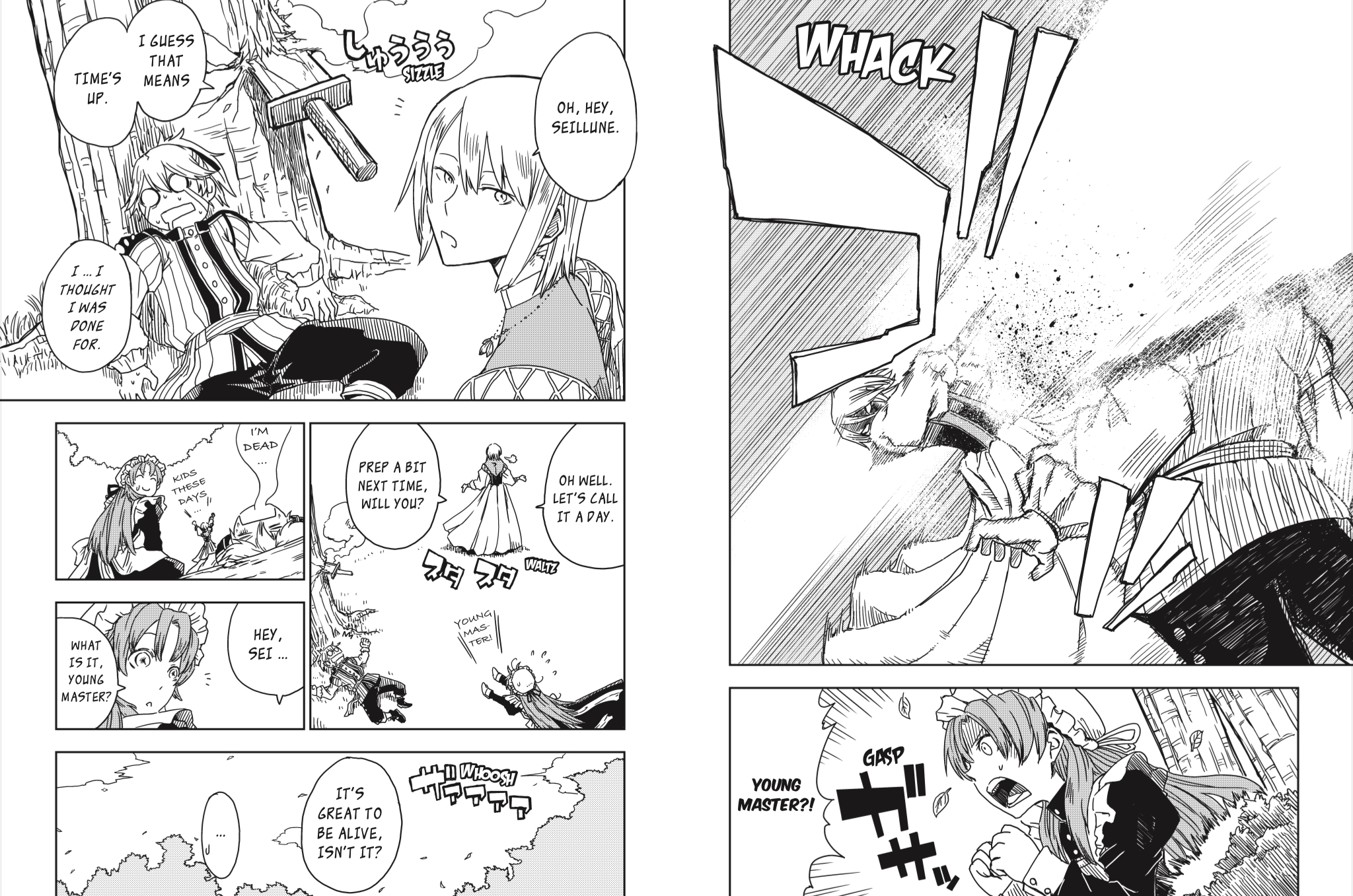 It’s when those looking to take Cornelius’s secrets appear when the story becomes filled with fun action. Watching as Cornelius fights to protect both his secret and his co-financiers demonstrates some great attacks and speed from both combatants. But when Oka takes over after Cornelius fails, the tone of the battle changes dramatically. It’s no longer a fair fight; it becomes a slaughter fest!

Manga artist Honoji takes Takami’s original light novel series to task, bringing forth a couple different blends of style into the work. When in the mood for comedy, the characters can look a little exaggerated and sparkly. During battle scenes, the drawings become rough and filled with fighter’s adrenaline, capturing the mood and air of the face-off very well. Both art styles tend to clash, but somehow — like Oka and Masaharu — they find a middle ground that works to benefit one another. 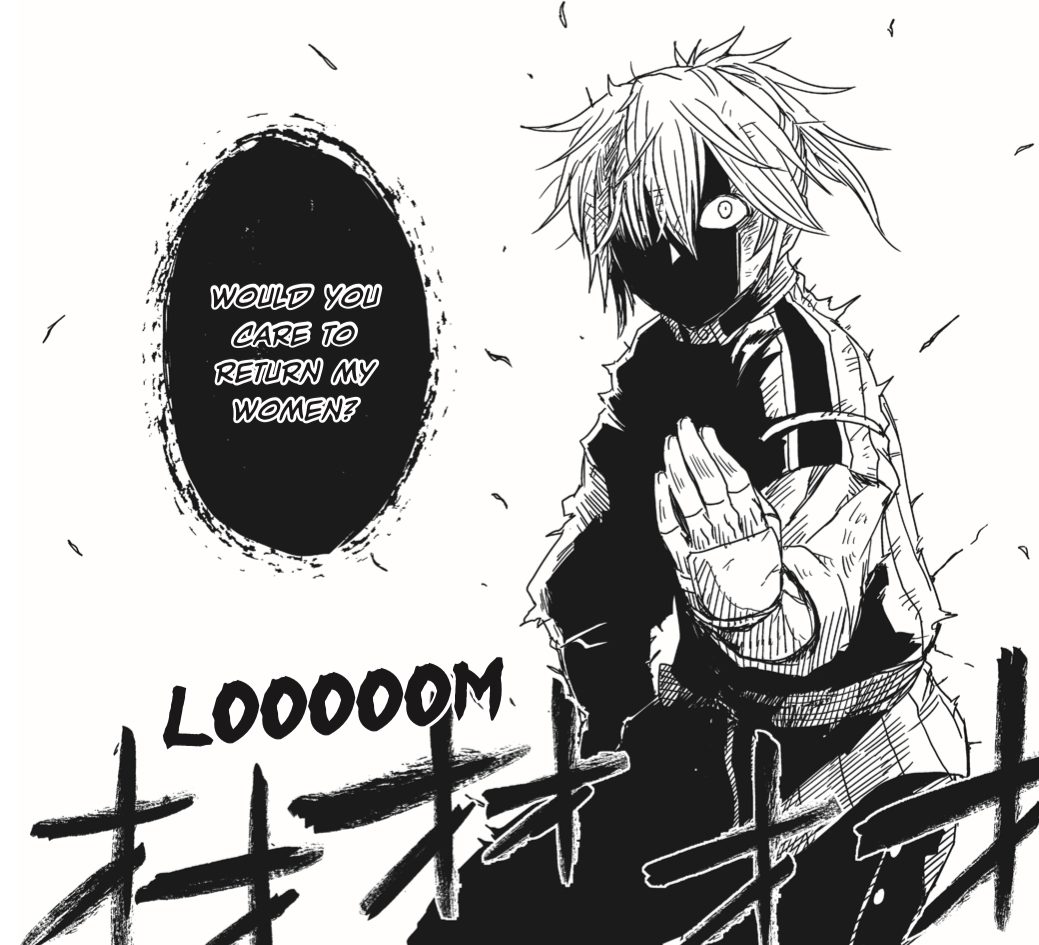 Multi-Mind Mayhem thus far is a very good twist on a tired-yet-true isekai formula. Having two brains sharing one body gives way to deep strategies, as well as some big laughs and cute moments. One wonders how Cornelius will fare years later when he more than likely becomes true force of power, something I’m certain original author Takami has already started focusing on. At the very least, Multi-Mind Mayhem has delivered a gold-plated first volume. It may have some bronze underneath, but it shines in all of the right places!