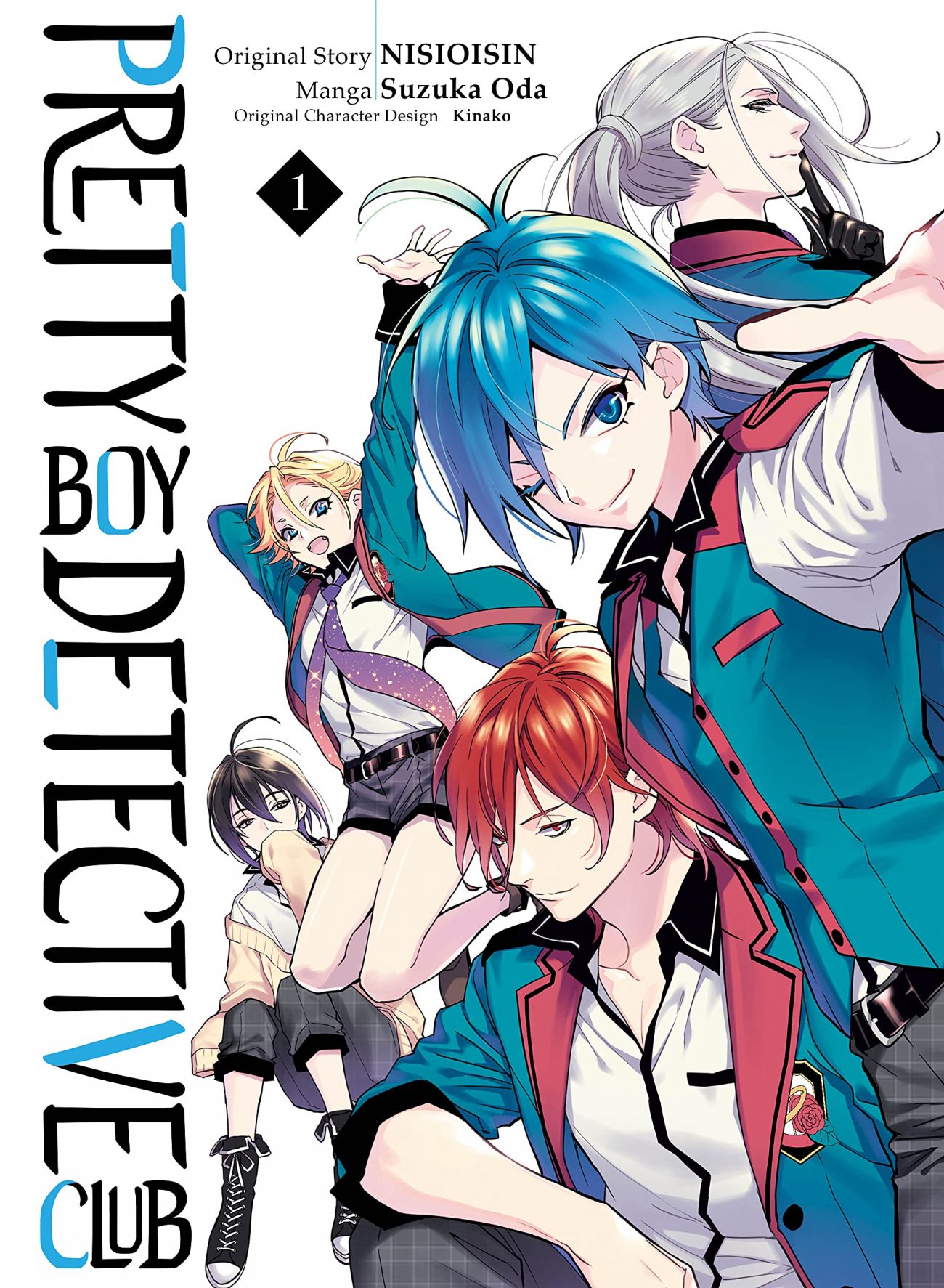 The rules of the Pretty Boy Detective Club are as followed:

Simple, yes? However, when you have Monogatari mastermind Nisioisin penning something entitled Pretty Boy Detective Club, you’ll know that it’s anything but simple. Perhaps this is why I came into this series with morbid curiosity, as author Suzuka Oda (Psychic Detective Yakumo) has adapted Nisioisin’s original light novel work for the manga realm. And with its first story, it’ll have any reader clamoring to either join or seek them out for a mystery.

Volume One of Pretty Boy Detective Club adapts the first light novel The Dark Star that Shines for You Alone. Mayumi Dojima is on the search for a star she saw at the age of four. She is nearing her fourteenth birthday, a date her parents gave her to give up her search and forget her dream of being an astronaut. That’s when she comes across Manabu, the leader of the Pretty Boy Detective Club, who says that his team can help with the the search. 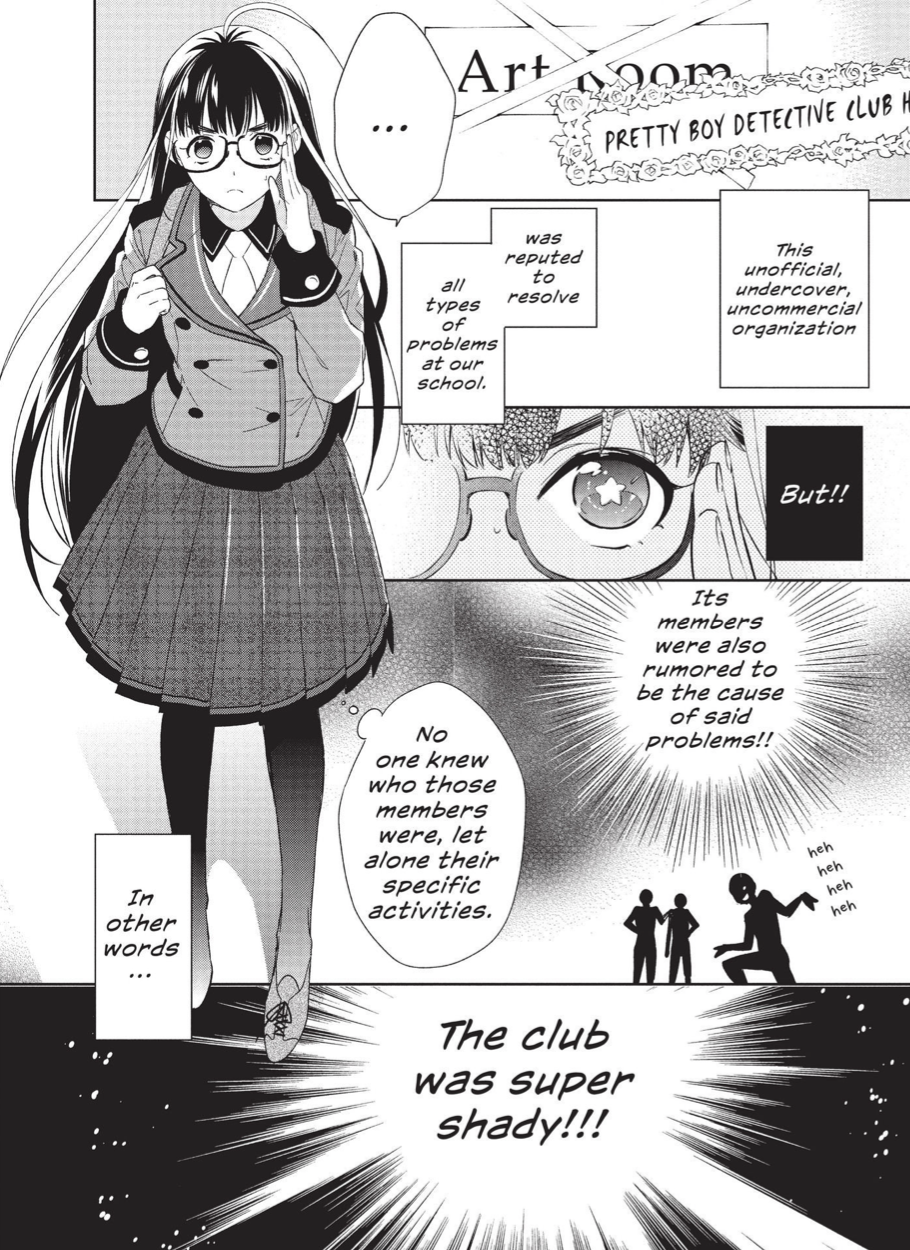 Soon she’s thrusted into the world of the club, with Class President Nagahiro, the satirical Michiru, the leggy Hyota, and the artiste Sosaku in its ranks. With some quick thinking and the convenience of being rich, Mayumi and the boys retrace her steps from childhood, in hopes of finding that elusive star. However, as they keep digging, they find that the object Mayumi saw that day wasn’t a star. In actuality, it was an object that has caused the girl to be followed for ten straight years by an organization called the Twenties.

Like many of Nisioisin’s other works, Pretty Boy Detective Club is filled with deep monologues, witty quips, and some out-of-nowhere knee-slapping humor. However, the difference between this and something like Bakemonogatari is the overall tone. A character like Koyomi wants nothing to do with the danger he’s thrusted into; these boys, on the other hand, look forward to when the excitement hits the air. To put it bluntly: it’s more about having fun than it is about being in danger. 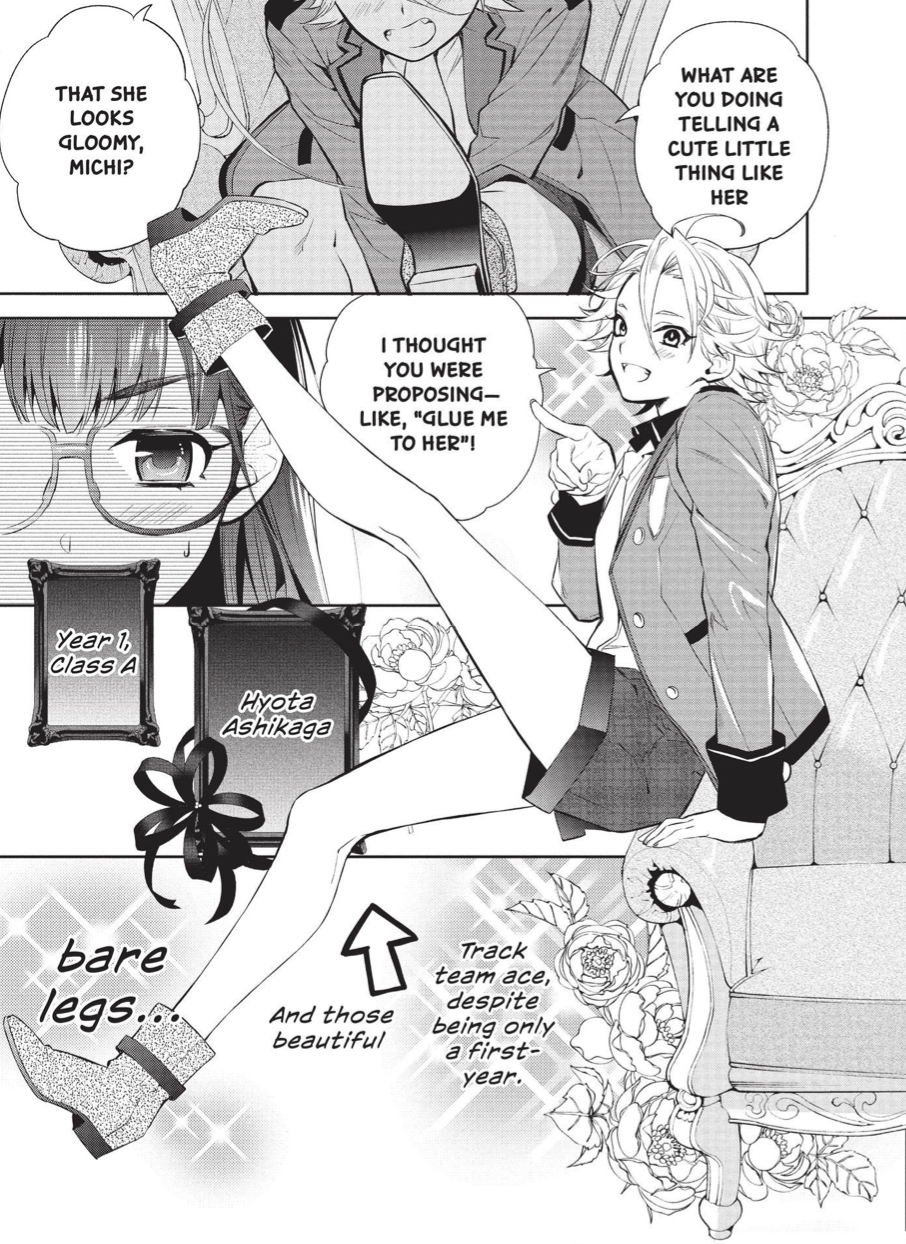 The kids in the Pretty Boy Detective Club embark on Mayumi’s case with not just a flare of beauty, but also a flare of intrigue. Even when danger lurks in the shadows, they’re there to shine a spotlight on it to make it sparkle. Hence why Mayumi finds their techniques to be out of whack, as there’s no way these handsome fellas could ever solve anything that’s placed at their table. But once her life’s threatened by the Twenties, Mayumi sees the real side of these kids.

I was taken aback by the smartness of Pretty Boy Detective Club. After all, Nisioisin is notorious for doing things solely to take the piss out of his readers. Here, you think it’s going to be a series that’s just about pretty boys doing pretty things all for the sake of a laugh and an eye roll. But when you least expect it, the author shows that there’s a lot more to these boys than their looks. In fact, one could say their prettiness is their greatest weapon! 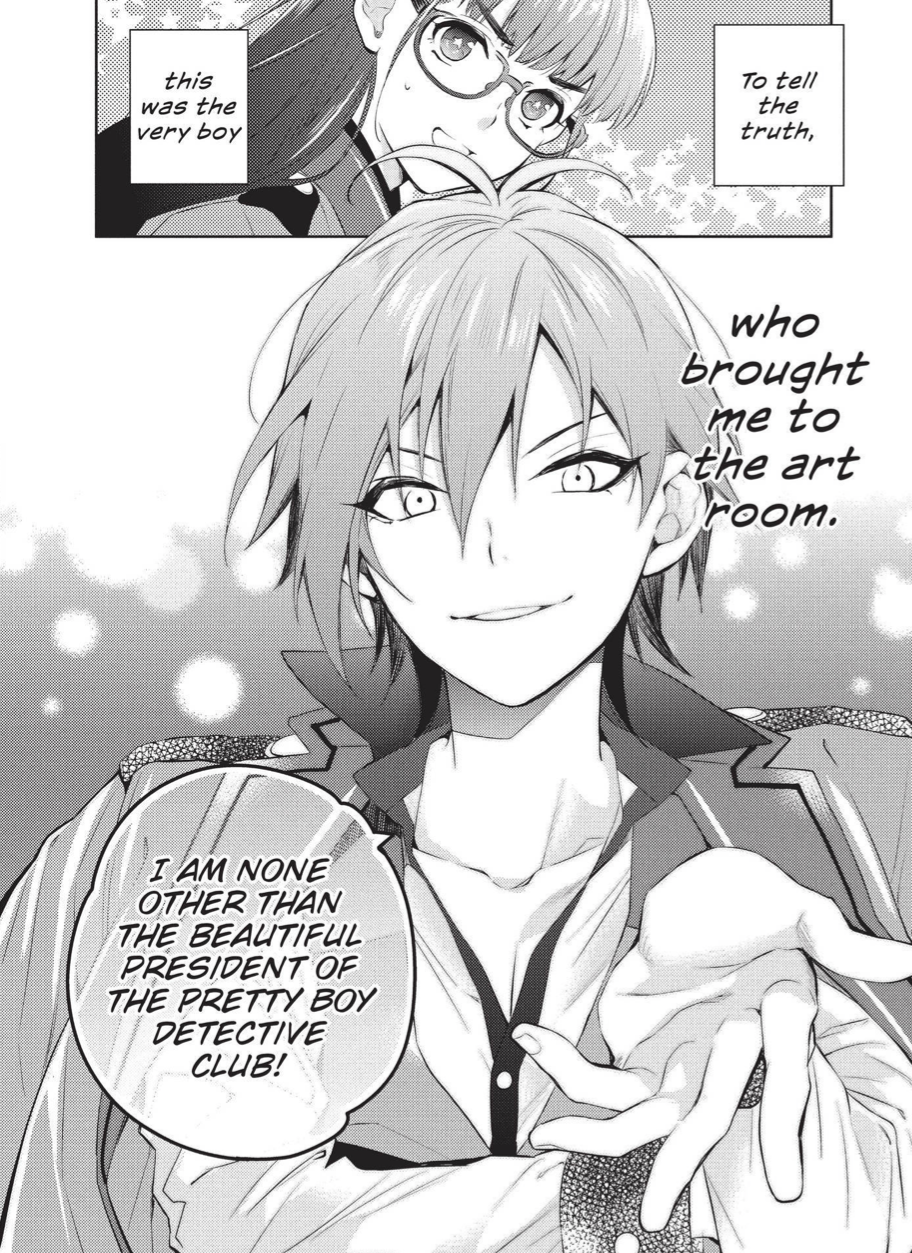 Of course, to be pretty, you have to look pretty. In that essence, manga adapter Suzuka Oda did a bang-up job presenting the gorgeousness of both the characters and the world that surrounds them. Any gal or gay/bisexual guy reading this would easily fall in love with the club members solely by their appearances alone. (They’d then quickly love them for their actions soon after.) The school, the outside world, and even the interior of a limo are also drawn with such beautiful care, in a way reminiscent of Bisco Hatori (Ouran High School Host Club).

Pretty Boy Detective Club is a series that you really can’t judge by its cover. Then again, seeing Nisioisin’s name attached would make anyone excited to see what’s in store now from one of Japan’s most beloved authors. Some may be turned off by a series solely about cute guys solving mysteries, as it could be constructed as being all fluff. Fluff it may look, but when it comes to a mystery at hand, Pretty Boy Detective Club will grab on hard and solve it with impeccable flare!