ANIME REVIEW | The Trials & Tribulations of Being "The 8th son" 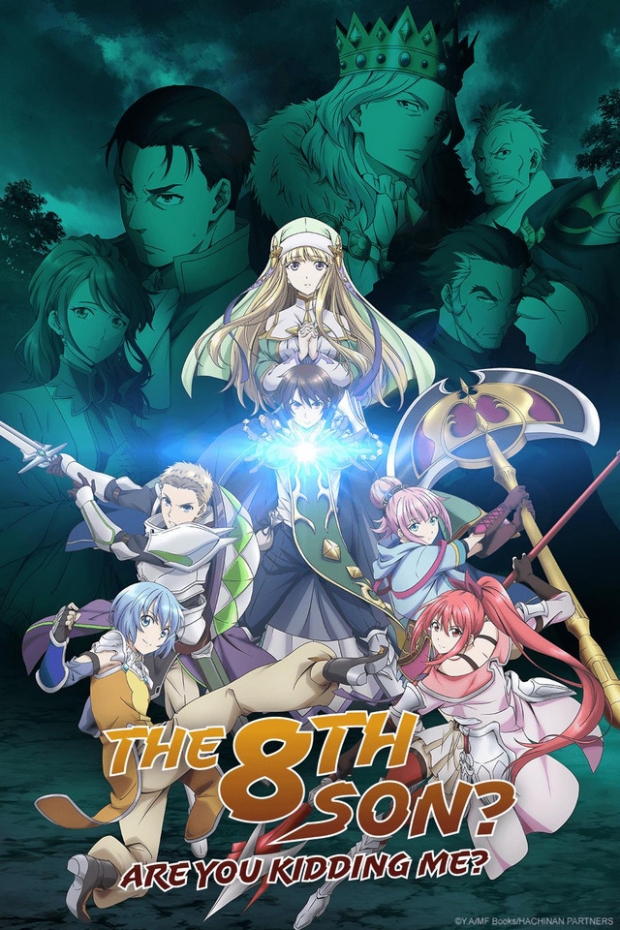 The weakest kind of isekai out there are the ones where the protagonist gets all the powers and strength with little of the work put into it. Last year’s Wise Man’s Grandchild was guilty of this, as was the eye-roll-fest that was Death March to the Parallel World Rhapsody. But what if there was an isekai where the hero drags themselves from the bottom, gets to the top, and still works their tailbone off to show that they’re not some overrated person the masses have crowned a hero? That’s where this season’s The 8th son? Are you kidding me? comes swooping in to save the day.

Based on the light novel series by Y.A, The 8th son? Are you kidding me? follows a salaryman who wakes up in the the body of a young noble. Under the Burmeister name, his family does their best to keep up appearances, despite their shoddy lifestyle. That’s when Wendelin (Junya Enoki/Benjamin Diskin) finds out that he’s the eighth family member in line, meaning he’s getting crumbs for his inheritance. Fortunately, he’s got magic powers, and after a long training session with a former court wizard named Alfred (Daisuke Namikawa/Kaiji Tang), sets off to school to become an adventurer. 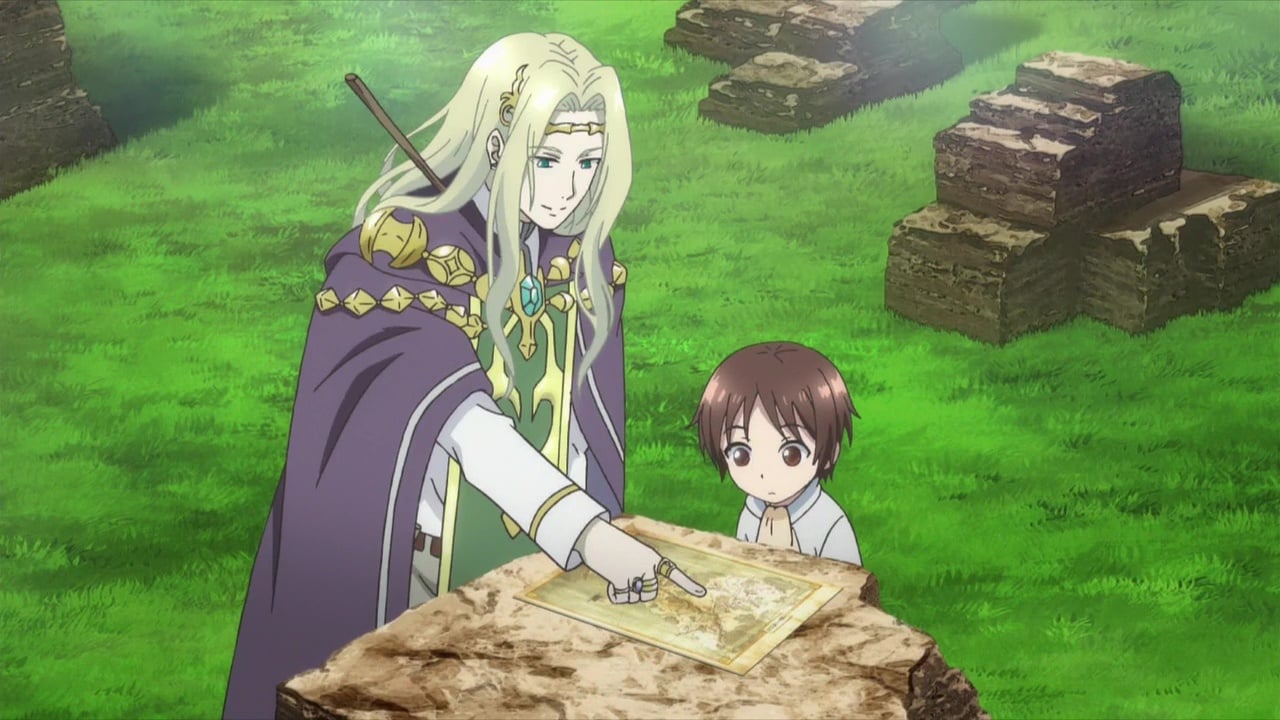 There, Wendelin forms a party with knight Erwin (Hiro Shimono/Billy Kametz), martial artist Louise (Yuuna Mimura/Cherami Leigh), spearwoman Iina (Mikako Komtatsu/Erica Mendez), and axe-wielder Wilma (M.A.O/Veronica Taylor). They initially set off to do some adventuring, only for them to unexpectedly take on a big quest. As a result, Wendelin earns the title of Baron, becomes betrothed to the priestess Elize (Asuka Nishi/Reba Ruhr), and earns loads of riches and land. But even with greatness thrusted upon Wendelin, his life is never easy in the slightest. Making it slightly more difficult for him are some hidden enemies, some of which may be in the Burmeister line.

What The 8th son? Are you kidding me? does surprisingly well is its character development. Despite it going down far too many similar isekai roads, they give Wendelin and his party members a lot of dimensions both in personality and in growth. It’s actually a lot of fun seeing the party go on adventures and evolve as a team, and the way the noble world is painted is historically realistic. Despite what some people may think, not all nobles had gold coming out of all of their cavities; many just had a fancy title and the bare minimum to survive. 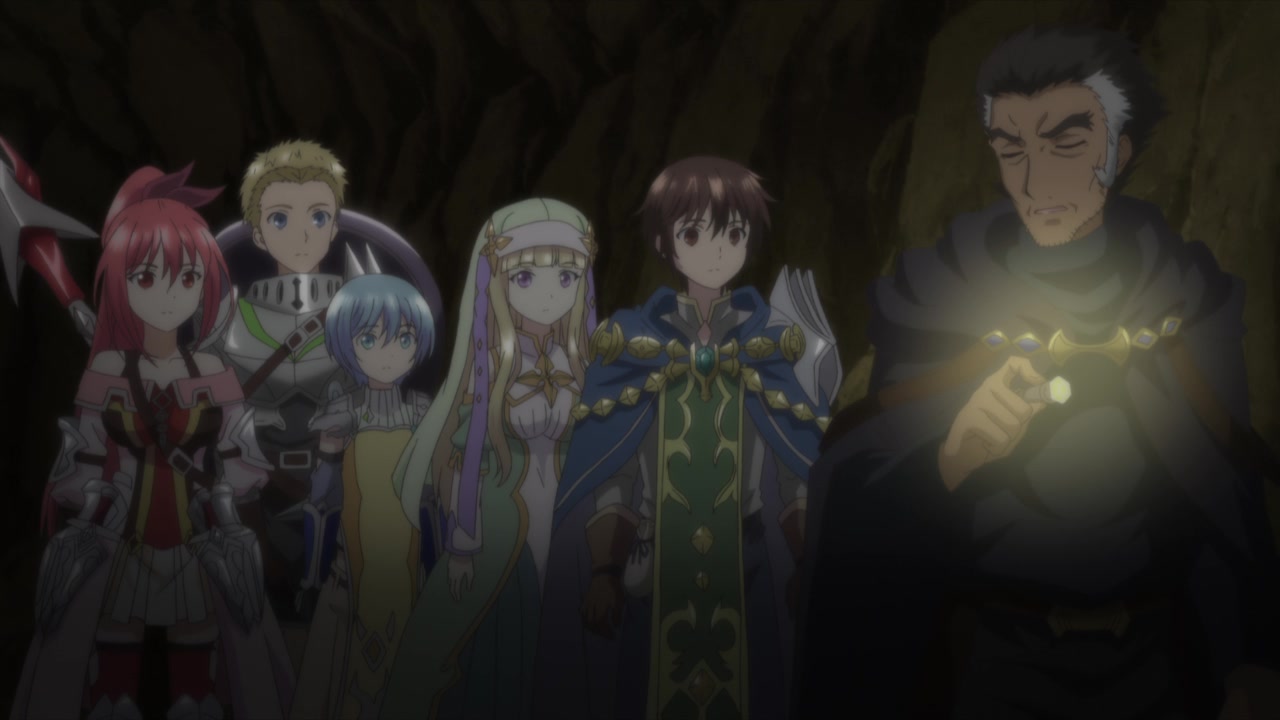 But perhaps the most fun part of this anime is how Wendelin’s life is still similar to his salaryman origins. He’s often forced to go on many quests, entertain other nobles, attend parties with people that disinterest him, and participate in activities that he has zero knowledge or skills in. While he’s cashing in many riches, he’s not given the chance to enjoy life with his actual comrades. This aspect would be laugh-out-loud funny, if it weren’t for the fact that it mirrors how just about every person in the work world feels about their jobs!

This relatable aspect of The 8th son? Are you kidding me? is what keeps me coming back to Wendelin’s story. Although there is some decent action sequences and some fun behind-the-scenes drama with all the other nobles and Burmeisters, it’s the feeling of having power and the lack of time to enjoy it is what makes this anime a lot of fun to watch. There are moments where — despite Wendelin’s magic — you see him at some great disadvantages. A great example of this is when he’s forced to take part in a martial arts tournament. Although he does his best to train for the sake of his namesake, he...well, let’s just say his participation in the events are done from the spectator’s box rather than the fighter’s ring. 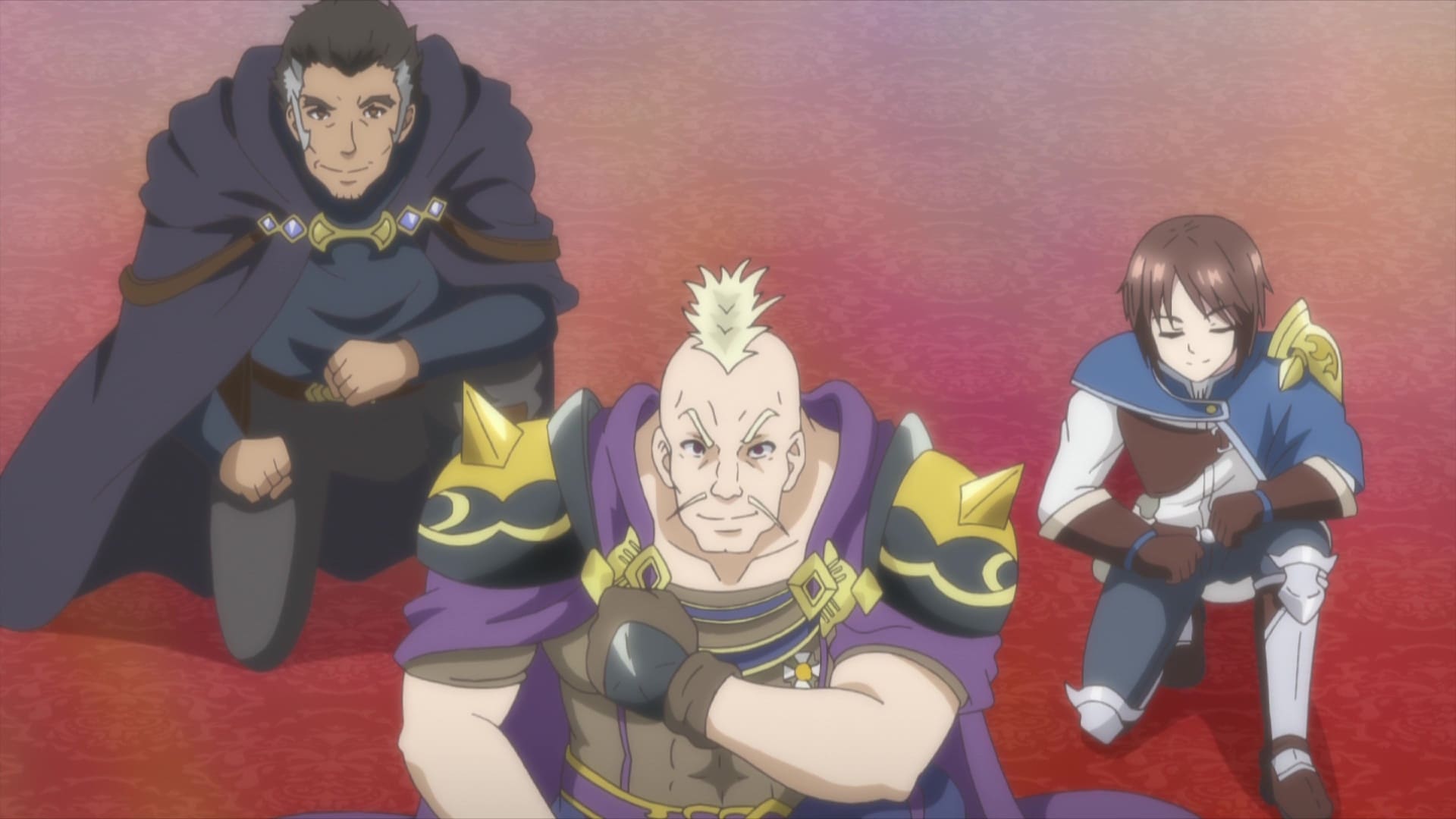 Of course, there are some eye-rolling elements this show can’t escape from. When Elize becomes Wendelin’s bride-to-be, both Iina and Louise sought to be his concubines. Although this is something that did occur back in that era, the fact that these strong characters downgrade themselves in such a way is borderline cringe. Thankfully, even after Wendelin accepts with the approval of Elize, it almost never gets mentioned again. Instead, it returns its focus to the characters’ growth and evolution. Still, it’s a bitter storytelling moment that could’ve easily just been pushed aside.

A collaboration between Shin-Ei Animation (Doraemon, Karakai Jozu no Takagi-san) and SynergySP (Hayate the Combat Butler), The 8th son? Are you kidding me? has some very beautiful imagery when it’s focused on the countryside settings. However, the animation can be a little stiff during action sequences. The characters are presented very cutely, but the color scheme can be a little muddy, making it not the brightest show airing this Spring 2020 season. (Then again, this does take place during the Dark Ages, which was a pretty colorless era.) 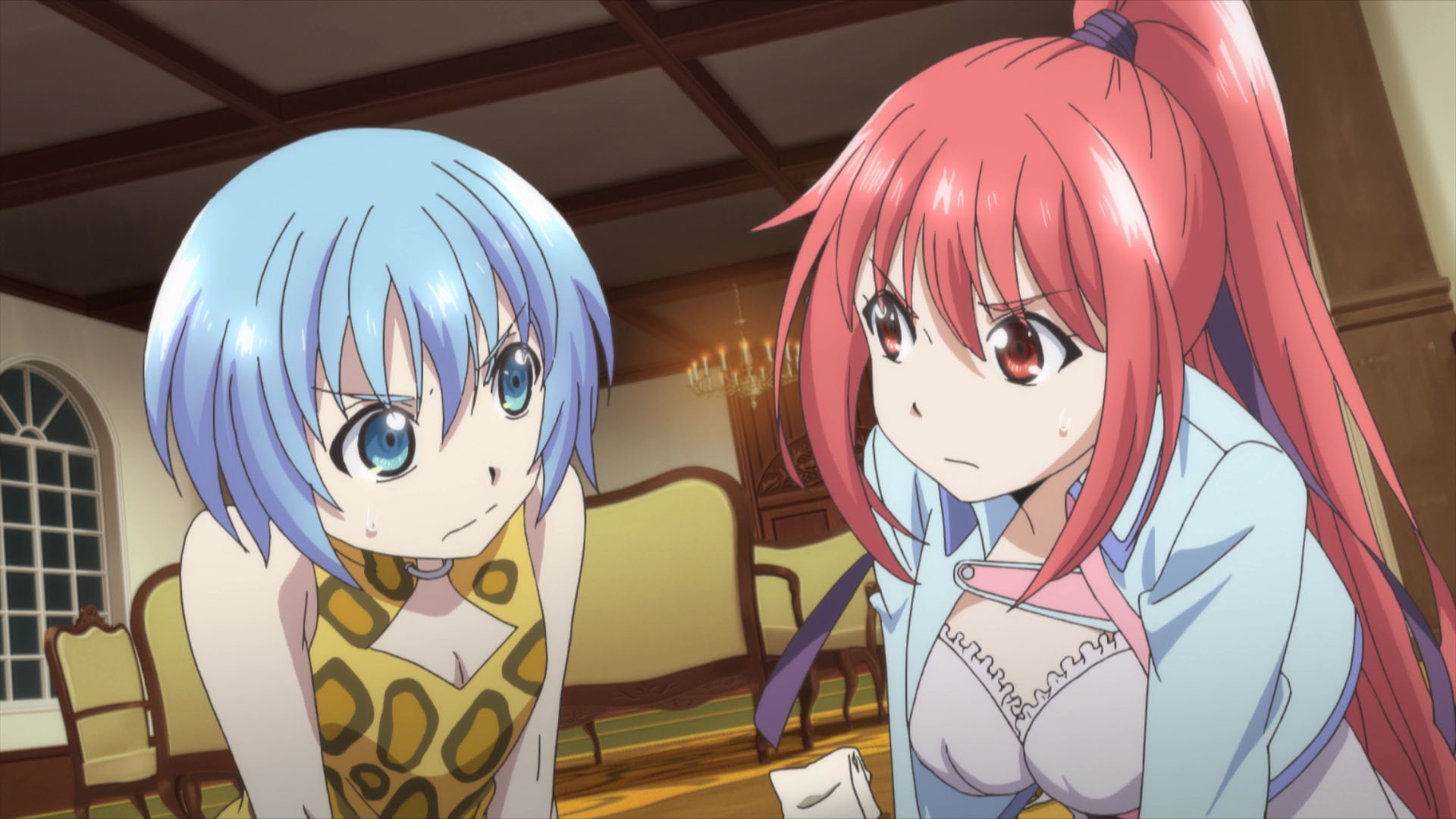 Both the English and Japanese dubs have their strong points, as well as some weaknesses. A shining spot in both is the portrayal of Louise, which both Mimura and Leigh do a great job showcasing her cuteness and can-do attitude. Komatsu and Mendez go a stern route with their performance as Iina, but know when to bring a little fluster in their personality. Shimono and Kametz brim with confidence and strength as Erwin, demonstrating how much of the tough backbone he is to the party.

Lastly, there’s how Wendelin is presented. Enoki puts a more firm personality into his voice, making Wendelin sound a lot tougher than he really is. In the English dub, Diskin instead goes an Everyman route with his performance. It can sound a little wimpy at times, but it nevertheless fits his true nature and mindset during adventures and parties. Because of this, Diskin’s version of Wendelin sounds slightly better than Enoki’s, despite both of their strengths. 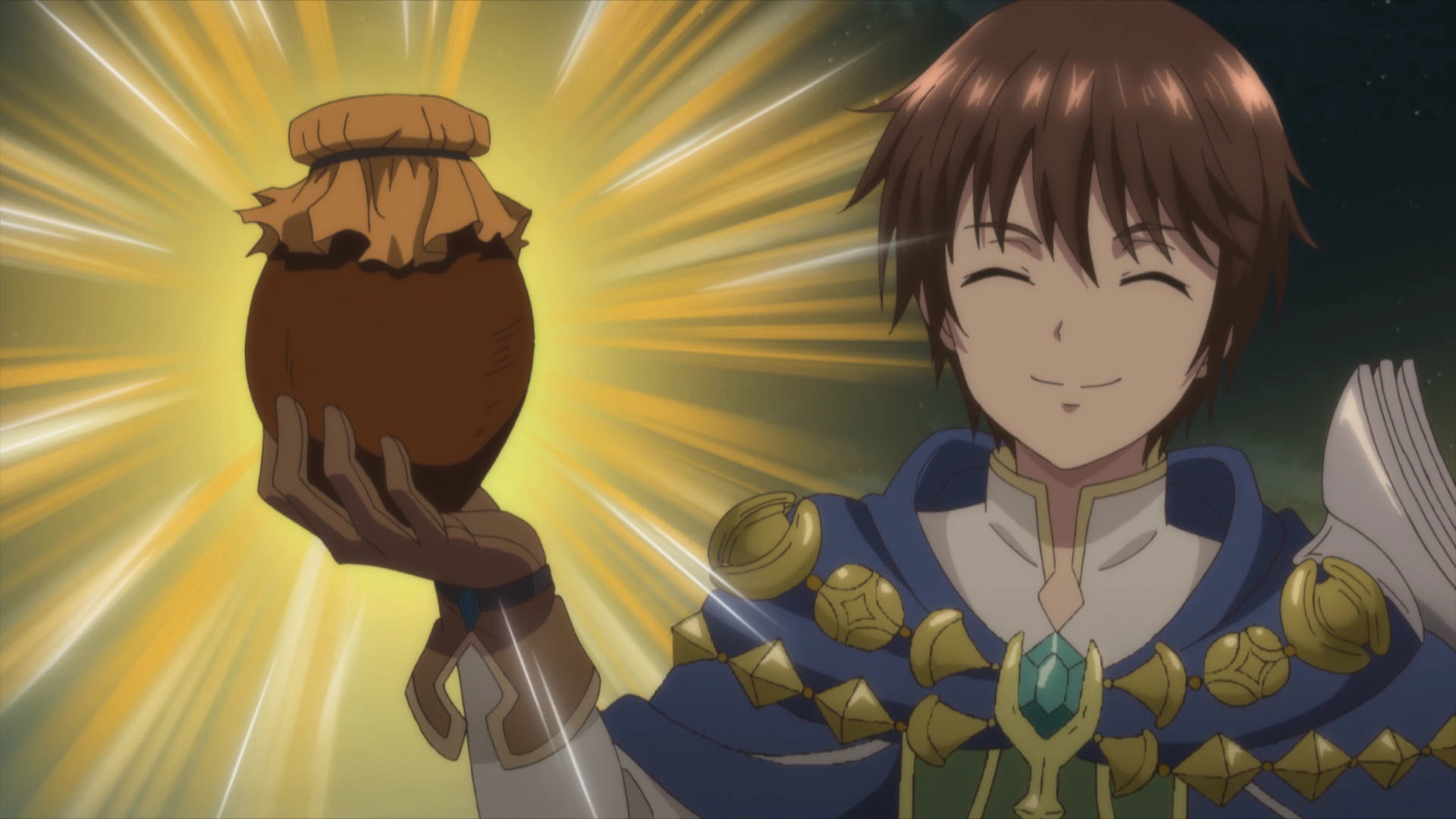 Composed by Minako Seki and performed by the Caterina Ancient Music Ensemble, the soundtrack fits perfectly with the show’s era. The usage of instruments from that age adds a little authenticity to the world of this series, brimming with a plethora of whimsy that wouldn’t be out of place at a Renaissance Faire. Opening theme “Jikū no Mayoi Hito” by Demon Kakka & Akira Takarano may be no Battle Beast track, but it’s a surprisingly good Japanese power metal song that fits with the show’s tone. “Tsukiakari Monologue” by Akino Arai x AKINO from Bless4 is a softer way to end each episode, but it certainly pleasant to the ears.

The 8th son? Are you kidding me? isn’t the brightest and most original isekai anime to come out, but it has the right amount of creative aspects that make it an enjoyable watch. The relatable humor and decent action will easily drag any anime fan in, and the camaraderie between the characters will help you stay put throughout its run. Although it doesn’t look like the show will cover much of the original light novel, The 8th son? Are you kidding me? gives enough to never make it feel like just another harem isekai adventure.

The 8th son? Are you kidding me? can be viewed on Crunchyroll and VRV. Episodes 1-10 were observed for this review. Promotional consideration provided by Ellation.

9 months ago No Comments