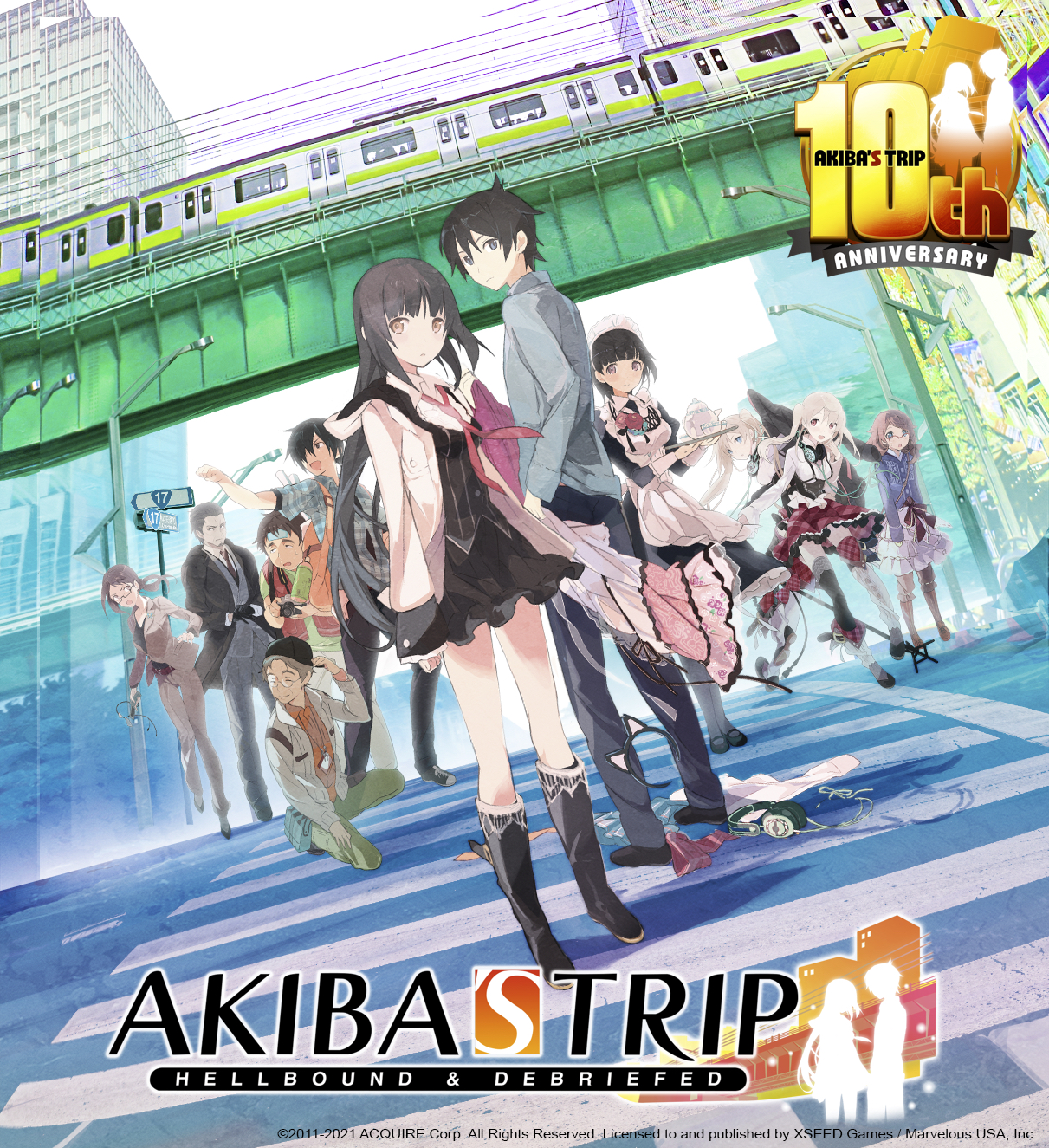 Nine years ago, Japan got itself a little game called Akiba’s Trip. The premise of this title revolved around ripping clothes off of zombies. Yes, it was one of those titles, but it did spawn itself an anime adaptation and various sequels, including the surprisingly impressive Akiba’s Beat. But for a decade, the original game was only exclusive to Japan. However, that now has changed, with the worldwide release of its nearly-tenth anniversary remastering: Akiba’s Trip: Hellbound and Debriefed.

Like the original game, this version has you take control of a character who has been given vampiric powers via a kiss from Shadow Souls member Rui. With a crew of otaku on your side, you are tasked to go through all of Akihabara in order to take down vampires. But a moment arises when you may be forced to take a side, especially when Rui is also trying to set things right. Can you save Akihabara, or will it fall victim to this vampiric plague? 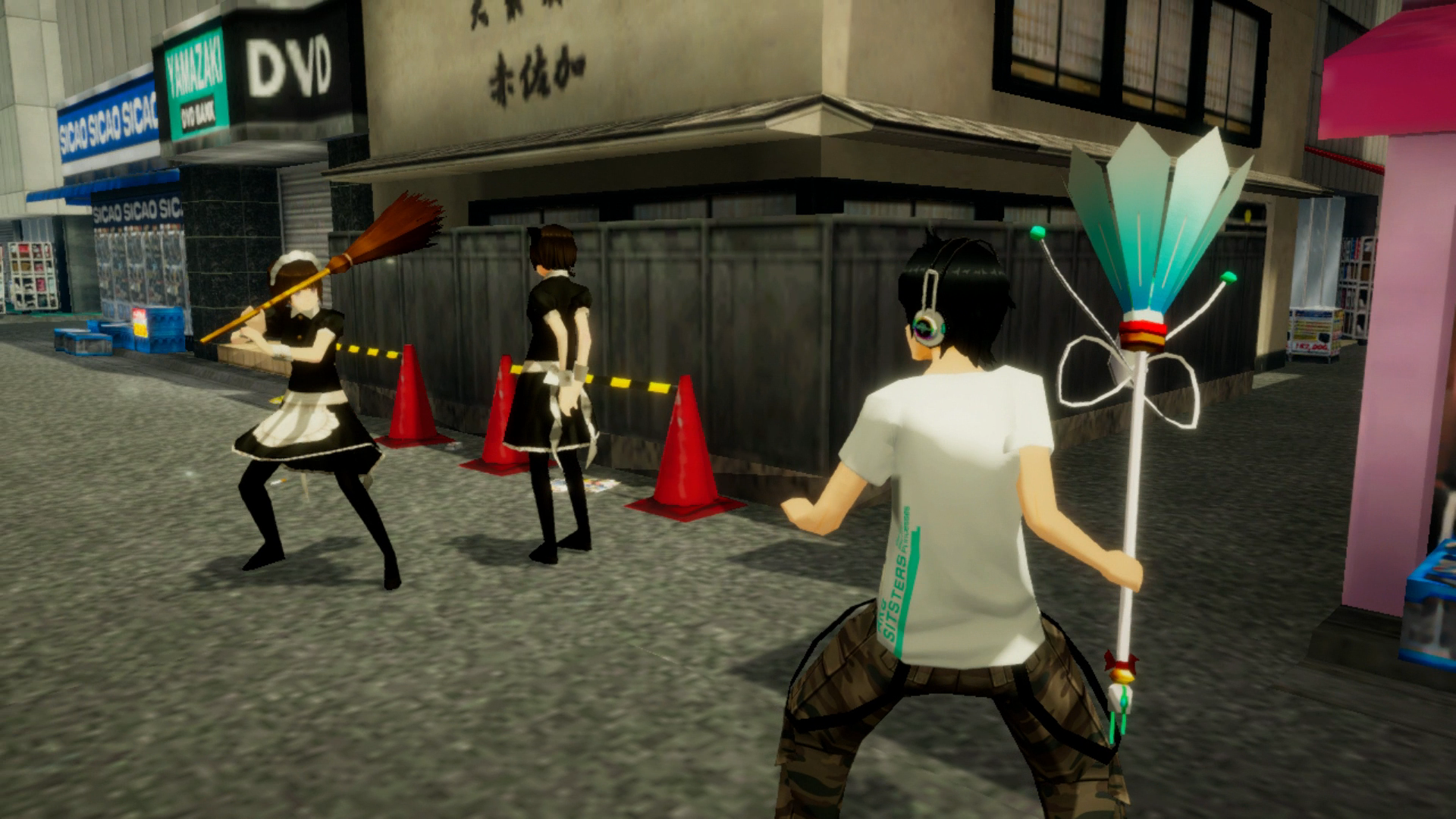 As mentioned, defeating vampires in Akiba’s Trip requires some unusual tactics. Ripping off their clothes will have their bodies exposed to the sun, thereby destroying them. But it’s never easy to simply strip them, as you’ll come to find out. Their clothes are tough to get off, especially when you are forced to fight more than one of them at once. Fortunately, you can also find and buy the right clothing to keep yourself protected, but it won’t be enough to claim your victory.

Hand-to-hand combat is good at first, but the tougher opponents will require some interesting weaponry. And with it being a nerd-cultured adventure, these weapons may include anime posters, loaves of French bread, crane game plushies, and — if you really want to send a message — brass knuckles. Players can also consume special food and energy drinks to power them up during fights, with the extra aid staying put until you leave the map. 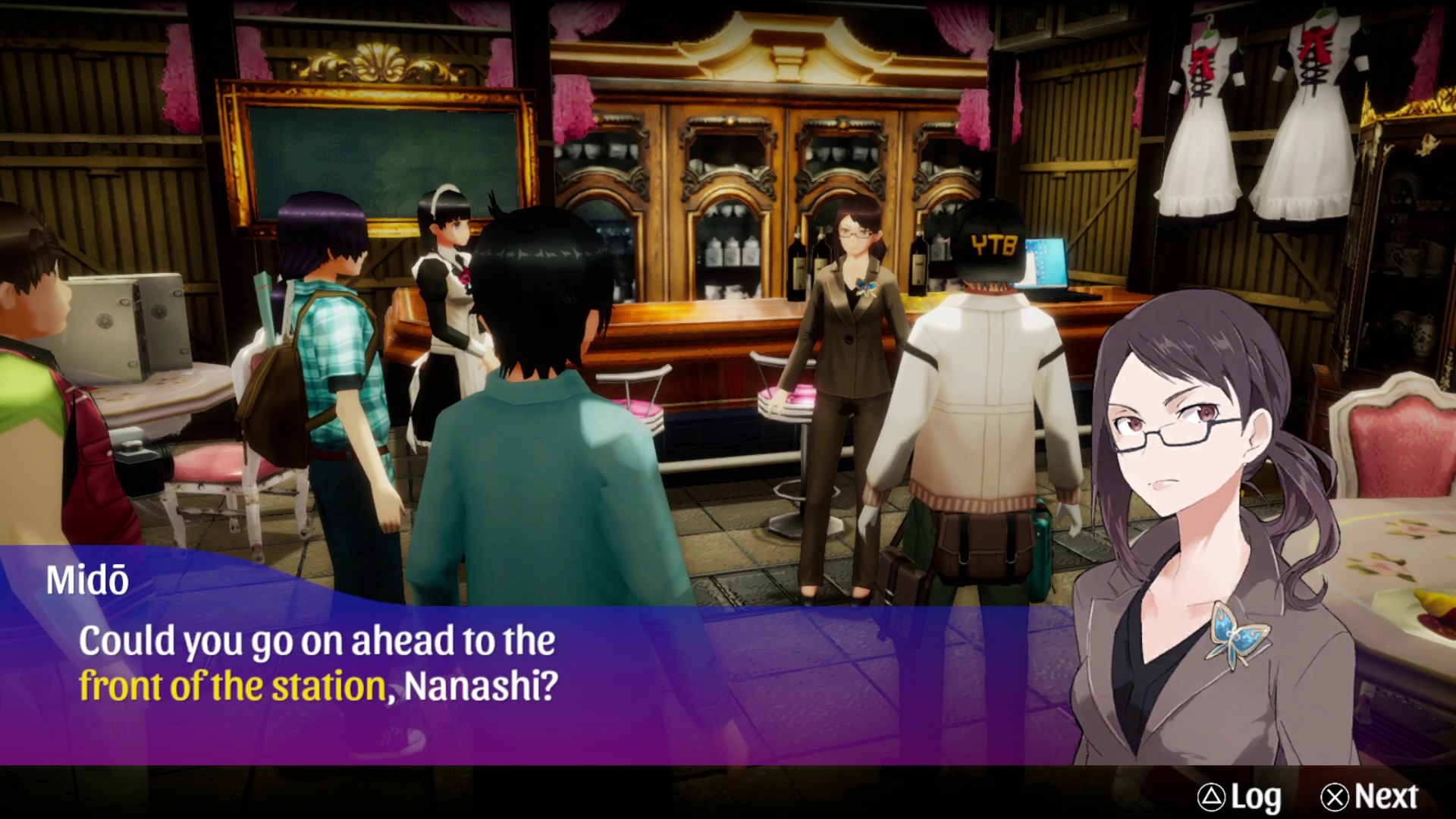 The other thing you’ll notice about this game is that it’s wicked hard, even on the easiest of settings! At first, things seem like a walk in the park, as you beat up vampires and punks and rip off their clothes. But then, roughly two hours into the game, it cranks the difficulty all the way up. Enemies start coming in packs, to the point where you’ll be forced to run away and attempt to fix your clothes before they rip them off you. (The keyword there is “attempt”, as you’ll sometimes have no means of protecting yourself from enemy attacks while you try to reset your clothing damage.) 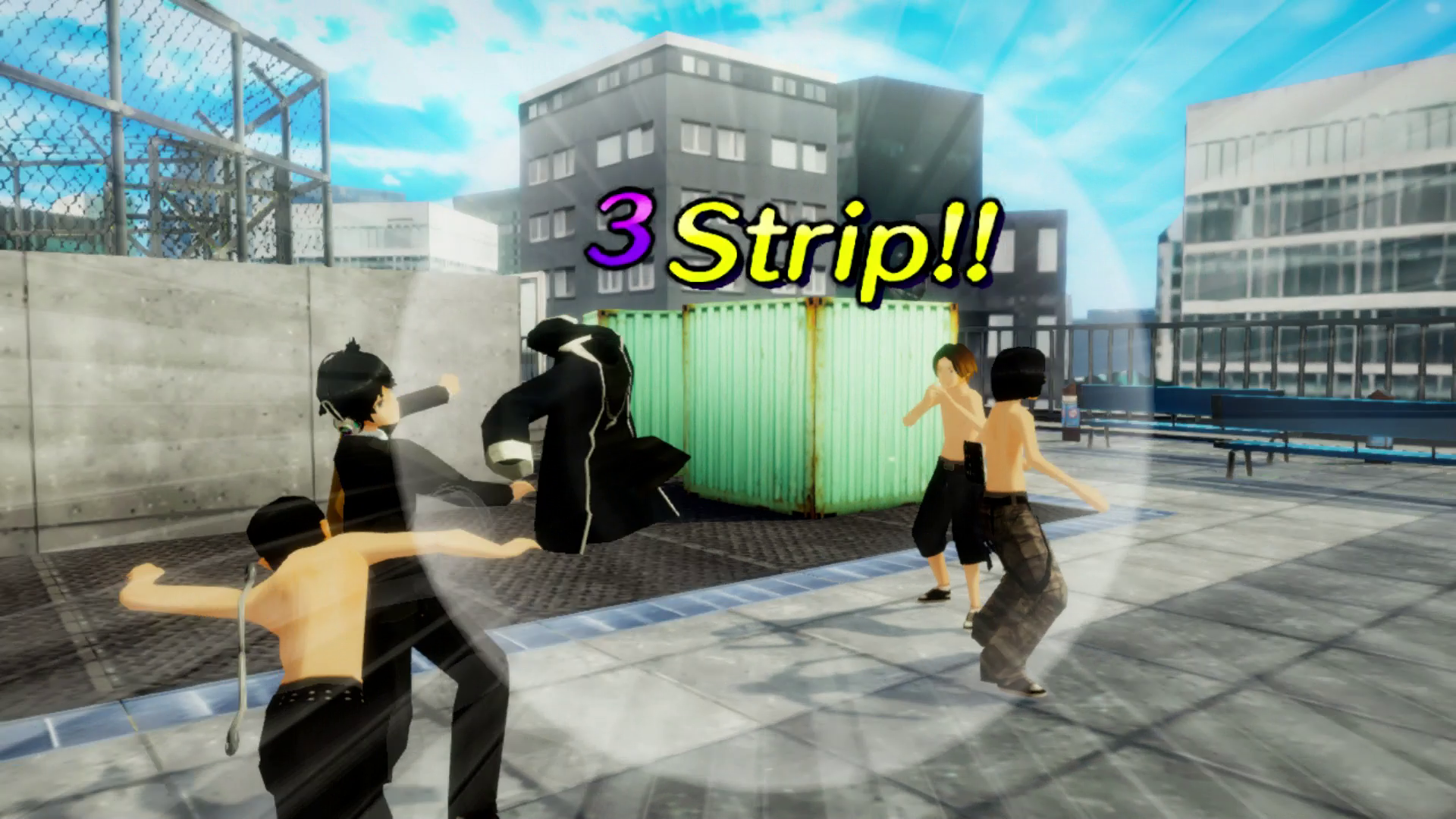 As such, you may be forced to do some grinding in order to strengthen yourself up for both the main quest and the side ones. This will require either attempting to search for vampires with your camera or — worst-case scenario — picking fights with the locals. The latter will greatly affect your standings with those around you, as the local palm reader will tell you whether or not you’re liked much by the citizens. Get hated on a lot and, well, let’s just say you’d better start doing some good deeds before you’re turned to dust.

Visually, Akiba’s Trip is a mixed bag. The recreation of Akihabara in the game is filled with little nuggets and cool spots that stay true to the original area circa 2011. However, its characters do not look as good as they maybe once did at around that time. As the original game was made for the PSP, the design of the humans tend to have a very blocky setup that fits more with the early 2000s than the modern day. It’s not terrible, but it can be oft-putting, especially when the premise of the game is supposed to be a mixture of funny and sexy. 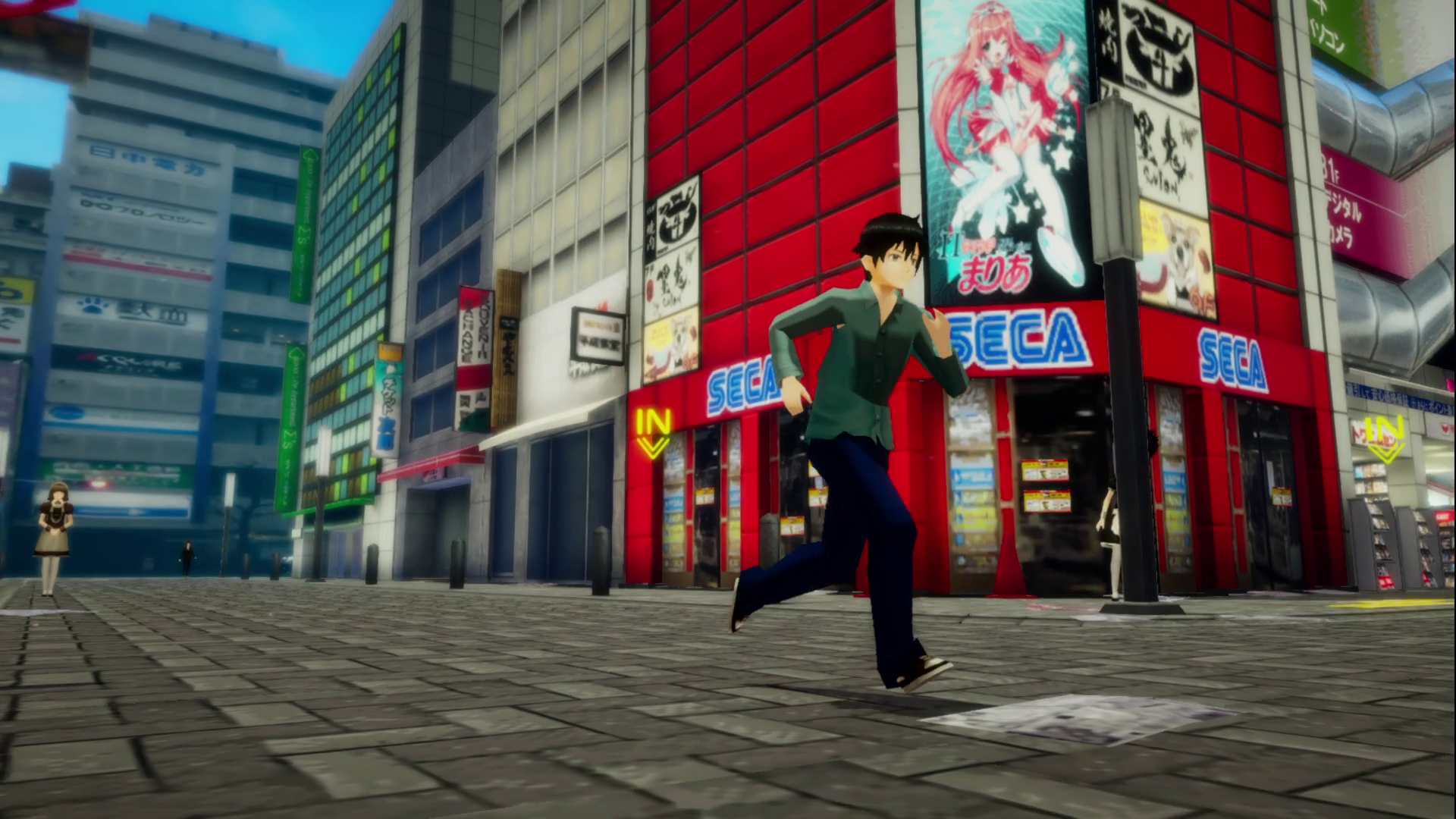 While the Japanese dub is stellar, the English version can be unintentionally hilarious. The cast sound very rough when they deliver their lines, even with many of them being veterans of the anime voice acting scene. I’m not sure if they were supposed to sound wooden, but if so, it was both a good and bad move on the voice director. It’s good because it’s funny, but bad because it can be distracting from the actual humor in the game.

Beating Akiba’s Trip the first time will take you nine hours. However, with there being multiple endings to go through, there is plenty of replay value to be found. As such, it’s best to make multiple save files so you don’t have to replay the entire game to find them all.

It’s great to finally have the original Akiba’s Trip here in the States. However, despite its fun story and gameplay, the Hellbound and Debriefed version has some rough spots that keep it from being a stellar remastering. But if you are a lover of otaku culture and risqué mechanics, then it won’t hurt to experience what awaits on your next Akiba’s Trip.

Promotional consideration provided by XSEED Games and One PR Studio. Reviewed on the PC via Steam.